Encounters 2020 film and digital projects will explore a variety of views on the Endeavour and Cook's 1770 voyage in the Pacific.

This film by Jeff McMullen tells the story of the East Coast Encounter project, where a group of artists (who all feature in the exhibition of the same name), re-visit Australia's East Coast and the key places where Cook landed and got his first impressions of the country and its inhabitants. The artists express their views and reflect on the impact of this event in the lives of Australia's Indigenous peoples and the generations to come.

Looky Looky Here Comes Cooky
A new songline for 21st century Australia – a fresh look at the Cook legend from a First Nations’ perspective. The songline tells of connection to country, resistance and survival. It features the cheeky, acerbic and heartfelt showman Steven Oliver and a host of outstanding, political Indigenous singer‑songwriters performing their music on country.

This video features Paul Brunton talking about five landmark documents related to Australia's European history. This includes the first sighting of Australia in 1606, to the charting and naming of Australia by Matthew Flinders 200 years later.

Mapping the Coast
James Cook was one of Britain's finest navigators and cartographers. Explore the skills and processes that were used to create his incredible charts of Australia's east coast and New Zealand. With thanks to William Frame and the British Library.

The Naturalist
Learn about one of the greatest collectors and naturalists of the 18th century, Joseph Banks, and his role on board HMB Endeavour's voyage to the east coast of Australia. With thanks to Professor Paul Turnbull and the University of Tasmania.

Trouble on the Reef

When Cook struck Endeavour Reef off Queensland, he and his men on board were in mortal danger. Learn how Cook saved the vessel, the expedition and the lives of his men. With thanks to Dr Nigel Erskine.


Cook’s Voyages – Views from the Shore Game
An online game aimed at upper‑primary school students allows players to take on the role of an 18th century explorer in the Pacific Ocean. The game is linked directly to the curriculum and uses gamified learning principles to engage students. 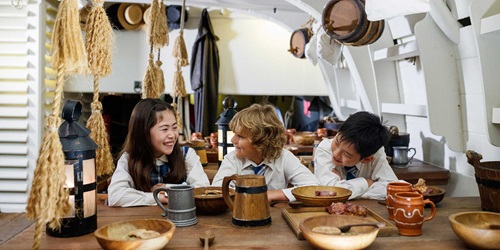 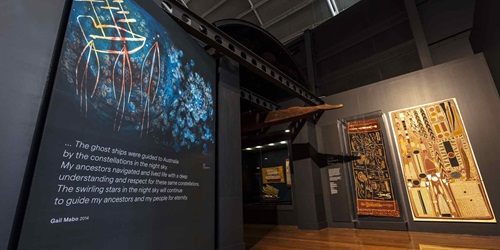