A visually stunning, thought-provoking film to complement the On Sharks & Humanity exhibition.

The film will be visible during Vivid Sydney 2019 across Darling Harbour with best vantage points to view from Pyrmont Bridge, King Street Wharf and Barangaroo.

A visually stunning, thought-provoking showcase from China’s leading contemporary artists, On Sharks & Humanity confronts the practice of shark finning and the need to protect our marine life from consumerism and greed. In this specially-created rooftop projection, follow the shark’s journey from sea to plate and more, in three chapters: hunting, desire and rennaissance. Sharks - not predators but prey.

Vivid Sydney is the world’s largest festival of light, music and ideas.

On Sharks & Humanity was conceived by Parkview Arts Action China and launched in Monaco in 2014, and has since travelled to Moscow, Beijing, Hong Kong and Singapore. 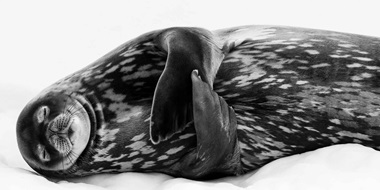 See the world through a new lens 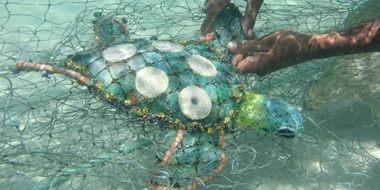