From food festivals to celebrity chefs, to sustainable farming to meat pies and banh mi, food underpins and expresses the very essence of our understanding of who we are as Australians.

But what is Australian food?
How does food define us as a contemporary society and how has it shaped us as a nation?
What is the food of the future and how will this change our perceptions of who we are?

Join the inimitable Simon Marnie and an expert panel as they explore diverse perspectives to peel away the layers of Australian identity formed over a hot stove, a bbq, a wok, a fire pit or a wood oven.
REGISTER NOW

Capacity is limited – please register to secure your seats.

Keg de Souza is an artist of Goan ancestry who lives and works on unceded Gadigal land and explores the politics of space through temporary architecture, radical pedagogy and food politics. This investigation of social and spatial environments is influenced by architectural training, squatting and organising, as well as personal experiences of colonialism - from her own ancestral lands being colonised to living as a settler on other people’s unceded lands. Keg often creates projects that focus on pedagogy to centre voices that are often marginalised - for learning about Place.

Her mother Amonrat Chanta’s first business Chat Thai was established 32 years in 1989, since joining the business Palisa and her husband Matt have expanded the business to include multiple venues across the Sydney CBD and suburbs, they also provide the restaurants with certified organic produce from their farm in the Byronshire. Spending her childhood in and around restaurants gave her an appreciation for hospitality, a lifelong curiosity of food and ingredients and an easy rapport with people from all different
walks of life.
After studying Political Science and Liberal Arts at the University of Sydney she travelled and worked extensively in Hong Kong, London, New York and Tokyo for 10 years before coming back to Sydney to re-join the family business much to the joy of her mother Amy, the family Matriarch.
Being the director of the business, her role is varied from overseeing operations to being hands on with creating menus for each venue, to selecting varieties of heirloom open pollinated herbs, fruits and vegetables to grow on her organic certified farm Boon Luck Farm Organics for the table at her own restaurants as well as other leading restaurants in Australia.

She is now immersed deeply in the growing of organic produce, land regeneration and wilding of NSW Northern River’s Australian landscape as a means to reverse and benefit the destructive growing methods of conventional agriculture.
In 2018, she was invited by Noma’s Rene Redzepi to Copenhagen to cook at MAD6 Symposium which has been a real highlight of her cooking career. It was with delight to be able to showcase Thai Immigrant cuisine to the world and how culinary evolution happens with migration. She was invited back in 2019 to attend the inaugural class of the MAD academy- a continuing education program for industry leaders.
In 2020, she has published her first book On Growing and is currently the host, producer and writer for the show ‘Water, Heart, Food’ on SBS food and a guest host role for the 2021 season of ABC’s Gardening Australia.

She is passionate about every aspect of food and hospitality and loves meeting challenges that a small family business faces.

A Bundjalung Aboriginal man with a 30-year career in service to the public and the Indigenous community. Clarence has over 20 years’ experience in cultural and environmental education, developing and delivering high quality education programs, community arts & culture projects and conferences.

A graduate of the National Aboriginal and Islander Skills Development Association (NAISDA) College, Clarence has extensive experience in the performing arts sector as a musician and dancer with connections to Aboriginal & Torres Strait Islander communities across the country. He also holds a Bachelor of Business Administration (Distinction) from UTS and has delivered keynotes and presentations at State, National and International forums.
Clarence spent over 10 years at the Royal Botanic Garden Sydney as Aboriginal Education Co-ordinator developing and delivering a range of curriculum linked education programs for K-12 and tertiary students linking people to plants. During this time, he also facilitated the inception and installation of a number of culturally specific interpretive projects and programs. A lifetime love of plants and specialised botanical knowledge has transferred to a broad scope of collaborative projects with local communities and community based organisations.

Between 2015 and 2018 he led a multi-disciplinary team developing and delivering visitor experience programs to the newly developed Barangaroo precinct, including major arts & culture events, interpretive installations and tourism & education programs.
Clarence has spent the past 2 years consulting to a wide range of design teams and clients seeking input in cultural and natural heritage elements for several precinct developments and green infrastructure projects. He is currently sole Director of Jiwah Pty Ltd where he continues to offer his services in consultancy as well as designing and delivering native species green space projects.

Simon Marnie is an Australian radio and TV presenter, currently presenting the Weekend Mornings program on ABC Radio Sydney and ABC NSW and is a co-presenter of ABC TV’s “Escape From The City”

Beginning at Triple J he has worked in community and commercial broadcasting, both behind the scenes and in front of the microphone.
Simon is passionate about food, has been a Reviewer for the Good Food Guide, a short order cook and is a Judge in Aquaculture for the Royal Agricultural Society. Simon conceived and co-judged the RAS NSW Presidents Medal for ten years, an award that recognised Environmental, Social and Financially Sustainable food producers across Australia. 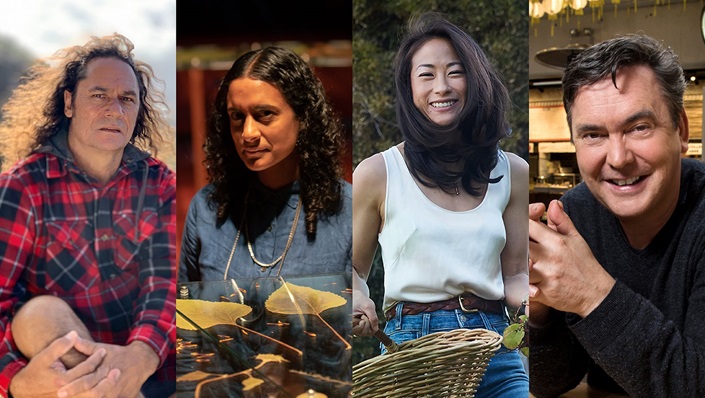 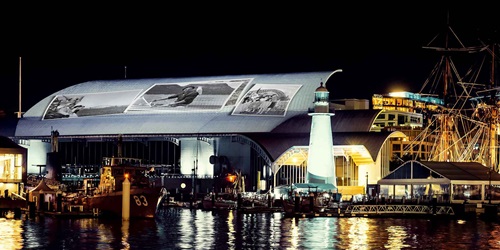 MEHREEN FARUQI and OSMAN FARUQI on family, food and identity