Over 45 people are on a big ship out in the middle of the ocean doing science and they want to talk to you. How does a ship this big (93m) work? What are they doing out there? What does it mean for us? What tools are they using? Do they get seasick?

On 8 and 9 January, at 2pm, scientists and engineers on board RV Investigator will tune in to the Australian National Maritime Museum to live chat with visitors in our waterfront Waterside Studio. What questions will you ask?

After the live cross to the RV Investigator come and explore the harbour with our remote-controlled vehicles. Watch a free demonstration and get the chance to pilot one of our new underwater drones!

RV Investigator is Australia’s dedicated blue water research vessel. Managed by the CSIRO Marine National Facility, it can deliver up to 300 research days each year conducting scientific operations for the Australian public.

Right now, Investigator is in the middle of the Tasman Sea to study the roll of the Balleny mantle plume. The Balleny plume is an upwelling of magma from the Earth's interior through the mantle which is believed to have been responsible for the formation of many volcanic seamounts off the east coast of Tasmania. This voyage will gather data to test the hypothesis that the Balleny plume is linked to the continental breakup between Tasmania (Australia) and Cape Adare (Antarctica) 30-50 million years ago.

On board this voyage, scientists will collect, study and analyse rocks from the seamount chain stretching across the Tasman Sea, and gather geophysical data about the seafloor. This will be used to examine the geology, history and origin of the seamounts. Geological samples will be collected using rock dredges and Smith Mac Grab (a rock scoop). Seafloor and subseafloor geophysical data will be collected using the ship’s multibeam sonar, sub-bottom profiler and gravity meter.

This voyage is led by Chief Scientist Dr Joanne Whittaker, University of Tasmania. It involves 27 participants from 5 institutions. It is a geoscientific voyage that seeks to address basic questions about the fundamental processes driving the plate tectonic motions that led to the separation of Australia and Antarctica. 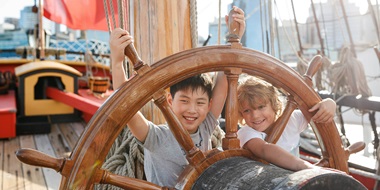 Get ready to go wild these school holidays! Learn More 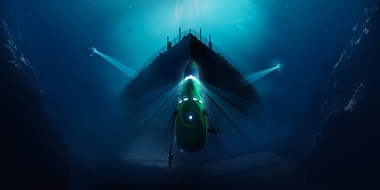 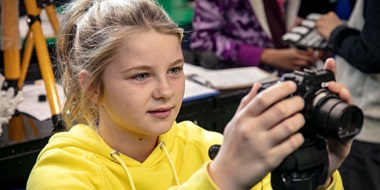