Beyond the waterfront mansions and modern cruisers of Sydney Harbour are the littered remains of historic vessels – each with their own fascinating stories to tell!


Are you intrigued by the romance and drama of shipwrecks? Did you know that there are several shipwreck sites in Sydney Harbour? Led by the Australian National Maritime Museum's maritime archaeology curator Dr James Hunter, you’ll cruise on-board the twin-cataraman Eclipse to the sites of four Sydney Harbour shipwrecks, discover exposed shipwreck remains and view underwater footage.

This family-friendly cruise focuses on the wrecks of Middle Harbour and Sydney Heads where James will share the fascinating and dramatic stories that led up to these historical vessel's last moments. You'll enjoy the beauty of the harbour with a delicious catered morning tea and lunch, plus learn about Sydney's maritime secrets!

The Centennial (1863-1889) survives as one of the largest shipwrecks in Sydney Harbour. An iron steamer built at Greenock, UK in 1863, the Centennial had a length of 66m and 897 tonnes. An international cargo carrier, the vessel ended its days sunk in Taylor's Bay, after collision with the Kanahooka in August 1889. 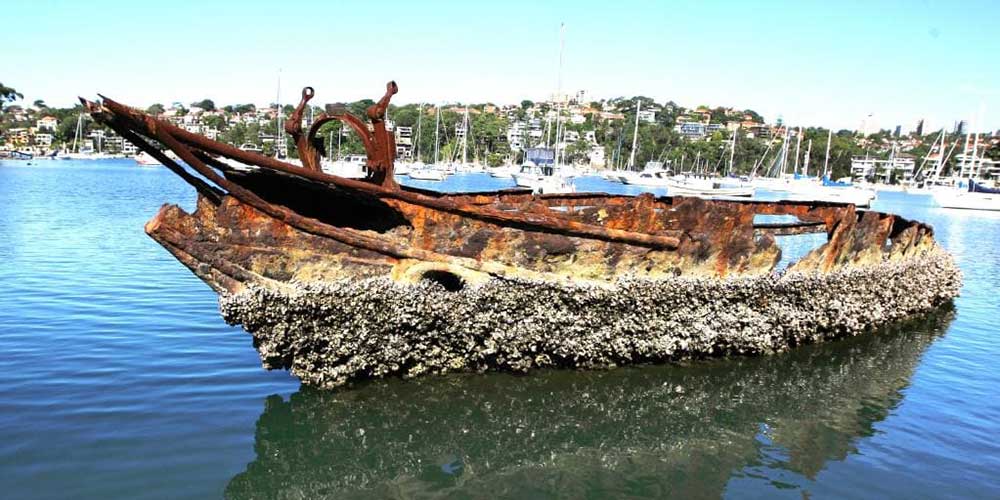 Itata (1883-1906) was a steel barque built in Liverpool UK in 1883. The 61.2m ship is thought to have traded between England, South America and Australia, principally with a cargo of coal and nitrate. Itata’s remains today lay in Salt Pan Creek, Long Bay, Middle Harbour.

The Centurion (1869-1887) forms one of the most interesting shipwreck dives in Sydney Harbour. The Centurion was built as a magnificent timber clipper ship, later transformed to a barque rig, square-rigged on two masts. It was built in Aberdeen, Scotland, 1869, had a length of 63m and 1004 tonnes, and served as a passenger and cargo carrier and later as a collier.

The 37-year-old steamer the Royal Shephard (1853-1890), sank in just ten minutes in 27m of water after a collision with the collier Hesketh in July 1890. The vessel operated between Tasmania, Victoria, South Australia and NSW as a passenger ship, general cargo carrier, cattle transport, sewerage dumper and finally a collier. When it sank, the captain and crew just managed to clamber onto Hesketh’s towering bow as their vessel sank beneath them.

About the vessel - Eclipse 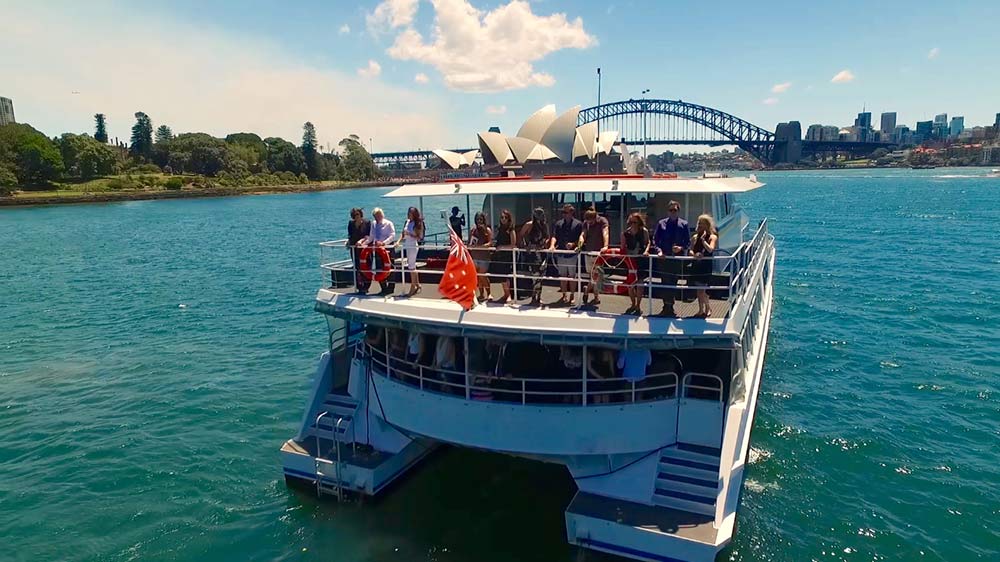 Eclipse is a twin catamaran with a variety of comfortable indoor and outdoor spaces offering spectacular views. The boat is equipped with on-board digital screens for viewing James' presentation and underwater footage of the Sydney Harbour shipwrecks you'll be visiting.

Morning tea and lunch provided along with tea and coffee. A cash bar will also be available on-board.

Suitable for:
All ages (children from 4+years)

Things to Remember:
The cruise will depart from the maritime museum in all weather conditions.
Please bring binoculars and weather appropriate gear.
Parents need to supervise their children.
Please consider the agility of those in your group when booking.
Unfortunately, due to the steep stairs to access facilities on board, the ship does not have wheelchair access. 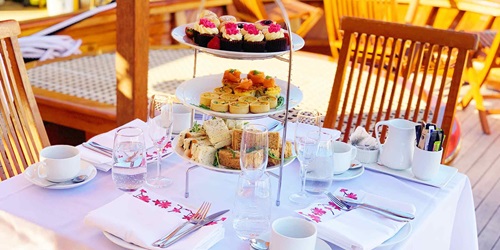