On the morning of 6 August 1945, an American B-29 bomber dropped an atomic bomb on the Japanese city of Hiroshima. The blast destroyed over 12 kilometres of the city immediately, killing nearly 80,000 people – with tens of thousands later dying due to radiation exposure. Three days later a second atomic bomb was dropped on Nagasaki, killing a further 40,000 people. 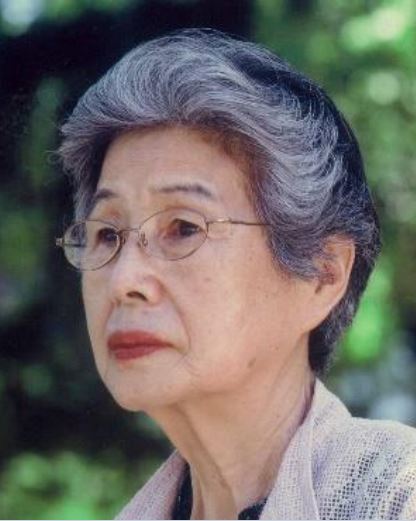 "My name is Yoshiko Kajimoto. I was 14 years old and in my third year of middle school.

When the bomb exploded over Hiroshima, my classmates and I were assembling propeller parts for aeroplanes 2.3 kilometres north of the hypocenter.

All of a sudden, a blue light blazed through the windows. “We’re bombed!” I thought as the factory collapsed, burying us underneath. I lost consciousness. When the screams of my classmates pulled me back, I found myself in pitch darkness, fully trapped in heaps of timber and roof tiles. I began clawing with all my might and managed to crawl through the wreckage. Blood was spewing from a gash in my shin. My right arm was pierced with broken glass and bleeding. I made my way into the open.

Through the dim, dusky light, I saw that every building in the area was toppled. A stink like rotten fish filled the air. All my classmates had sustained grave injuries. Some couldn’t even stand. As fires began to break out, we loaded those who couldn’t walk onto stretchers and fled. As we walked along, we encountered people whose bodies were so burnt that we couldn’t tell male from female. We saw people with singed hair standing straight upon their heads, burnt faces enormously swollen, scorched lips sagging heavily. Holding up their arms with burnt, peeling skin hanging from them, they trudged slowly along. This ghostly procession was not of this earth – it was a scene from hell.

The next day, the flesh of the corpses began to decay and breed maggots. Men who appeared to be soldiers cremated them. White smoke rose everywhere around the city, Hiroshima was a crematorium. The stench of burning human flesh stuck to our bodies and our clothing – we couldn’t get rid of it. Three days later, I ran into my father. He had been turning over corpses, looking for me. What a joy. However, because of high levels of radiation he absorbed during that search, a year-and-a-half later, he vomited blood and died.

When I got back to my home, I suffered high fever and bled profusely from my gums. Seven pieces of glass were extracted from the wounds on my arm. But I survived. My mother suffered from A-bomb-related disorders for 20 years before she passed. In 1999, two-thirds of my stomach had to be removed because of malignant tumours. Many of my classmates have died of cancer. Even 76 years later, cancers and leukaemia caused by radiation exposure still plague survivors.

We cannot allow these horrifying nuclear weapons to exist on this earth. Neither can we allow our children or anyone on earth to suffer as we have. I beg leaders in every country to come to Hiroshima and listen to the stories of the hibakusha. Will you, then, continue to insist that nuclear weapons are necessary? One person’s strength may be meagre, but with the collective power of all who seek peace bolstered by the spirit of the departed hibakusha, I know we can rid this world of nuclear weapons.

However modest my contribution, for as long as I can, I will continue to tell my story."