The science we need for the ocean we want

On World Oceans Day, it’s worth thinking hard about these words, which are the tagline for the United Nations Decade of Ocean Science for Sustainable Development 2021–30. What do we want for the future? I’d like my daughter’s children’s children to swim in a healthy ocean, spotting corals and fishes and shipwrecks before climbing out to gently bathe in the warm sun and then trundling safely home. But, given current predictions, it’s looking likely that they’ll have to move to Tasmania to swim with tropical species.

Tasmania, understandably, would like to keep its current marine ecosystems, but has to contend with the changing nature of the East Australian Current (EAC). The EAC and its movement along the coast from Brisbane to Hobart, is the focus of a major new documentary on the ABC. This three-part series, Australia’s Ocean Odyssey: A Journey down the East Australian Current, launched on 9 June. This documentary was meant to premiere at the museum during RV Investigator’s visit to Sydney. COVID-19 put the kibosh on that, but we are pleased to feature clips of Wild Pacific Media’s stunning imagery in a few upcoming installations, and to partner with ABC Education on a variety of online learning resources.

On a global scale, UNESCO hosted an all-day program of inspirational words and music from speakers like adventurer and environmentalist Jean-Michel Cousteau, ThinkOcean Cameroon’s Coordinator Forbi Perise Eyong Nyosai, and zeitgeist Cara Delevingne. If you missed it, the full program is available to watch online.

The International Oceanographic Commission for the UN Decade of Ocean Science for Sustainable Development 2021–30 (which we will say a lot more about in coming months), also released a Virtual Ocean Literacy Summit with our own Elysium Arctic’s Dr Sylvia Earle and a video featuring iconic supporters of deep ocean research and exploration like Wendy and Eric Schmidt (Schmidt Ocean Institute), whose research vessel Falkor visited the museum in January 2020, and the Dalios, who plumb the depths in Ocean X. CSIRO ran an online innovation challenge – winning ideas included creating rubber from seaweed that can be used to replace synthetic rubber components on car tyres, and using machine learning to build a smart fishing boat that would avoid endangered fish and prevent over fishing.

On a side street in Sydney’s inner west, staff and students at Lilyfield Early Learning Centre were also eagerly anticipating World Oceans Day. To raise awareness about ocean conservation, they produced an in-house a film, Commotion in the Ocean, and built six different machines to clean plastic from the ocean, as judged by an expert from the Australian National Maritime Museum. 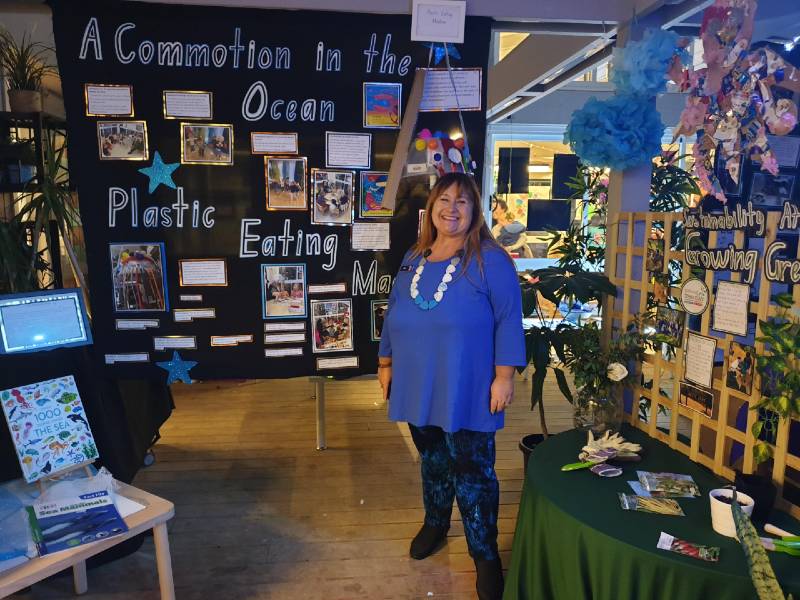 That expert was Museum Senior Education Officer Rita Kusevskis-Hayes. Although she notes that it was “a tough job!” Rita awarded the first place ribbon to Row Boat Rosie, a boat that transforms into a robot that catches rubbish using a sensory net. The net senses when a fish or other sea creature is caught and let it go. Once the rubbish is collected the robot uses it to replicate itself thus creating an army of robots that will help to save the ocean. 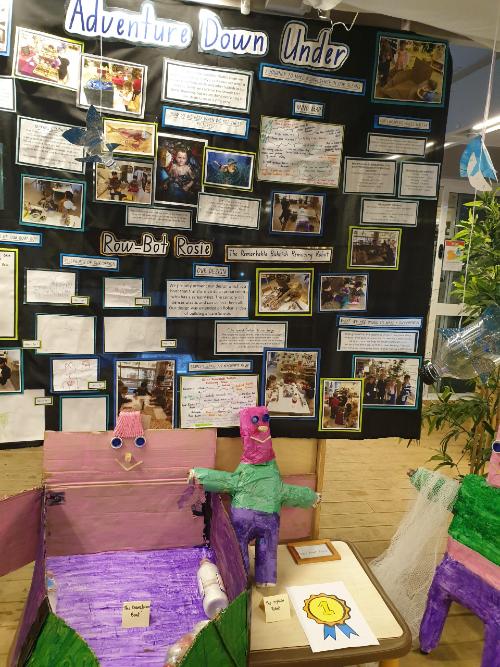 Second place went to Charlie the Claw, which was designed using the children’s idea of collecting rubbish with claw-like hands similar to tongs. Once the rubbish is collected the machine sorts it into three different compartments at the back (red, yellow and green).

In true, ‘the children are our future’ fashion, these kidsregularly participate in a Junior Parliament with six representatives from three classes where they meet to discuss matters affecting them including keeping their local environment safe. In the most recent meeting of Parliament, they discussed ocean pollution and voted for the baby turtle they would like to adopt. The Lilyfield Early Learning Centre encourages children to be sustainable thinkers who are environmentally conscientious (while still having lots of fun), creating a framework for positive engagement with the ocean from an early age. At all levels, creativity, support and scientific innovation will help to build the future we need for the ocean we want.

View all posts by Emily Jateff→
Posted in: Oceanography
↑