Having never water skied before, Alex Luther spent seven years preparing for the journey both physically and mentally. Alex's determination paid off, as he successfully retraced his grandfather's journey and even beat his world record. Before he speaks at our upcoming Ocean Talk, Extreme Journeys, I spoke with Alex to find out why he embarked on this demanding challenge, and the highs and lows he experienced in the process.

What made you decide you wanted to recreate your grandfather's journey?

I was at a crossroads in my life, heading towards the age of 30 and wondering what I had achieved. I think after seeing what my grandfather had accomplished, and not really having a connection my real father, it was a natural admiration for my grandfather and his world record. Not having a role model growing up as a kid, and then all of a sudden seeing what my granddad did, I thought it was amazing, and a great piece of family legacy and history that I wanted to recreate, to see what I was capable of. 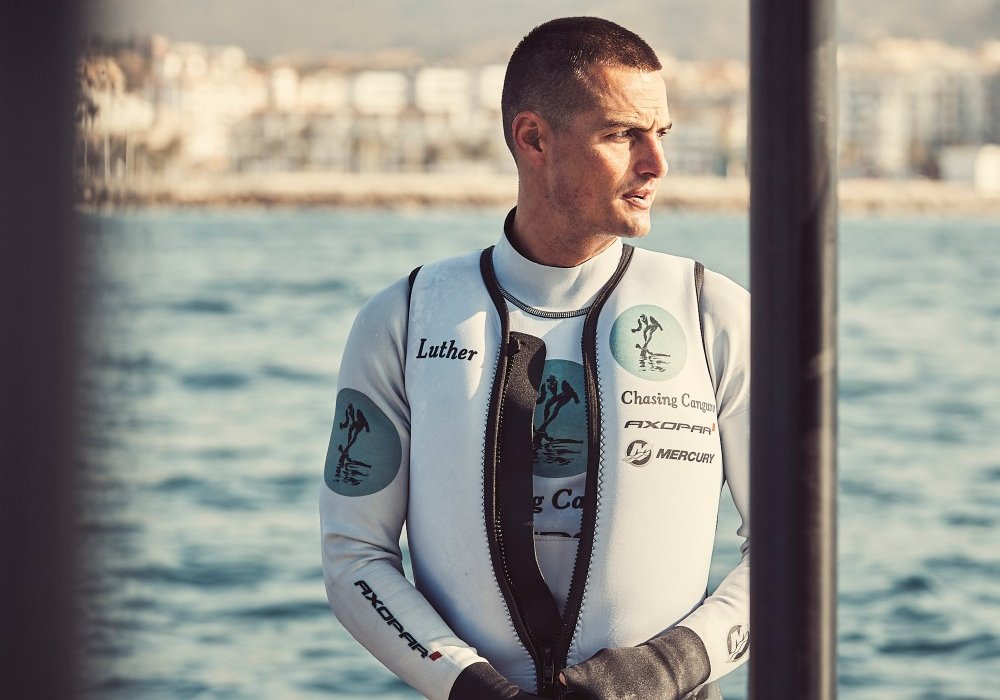 Alex in the zone preparing to re-enter the water on day one of the trip. Image courtesy Alex Luther, Chasing Canguro

How did you physically and mentally prepare for the voyage?

Physically it was spending as much time as I could out on the water water skiing, as well as strength training and conditioning in the gym. It was a gruelling training program that was put together by a very well-known strength coach Craig Burton, who has been training Australian water-ski athletes at a world champion level for many years. I also did a boot camp called The Longest Day, it was a 25-hour boot camp based off a paramilitary boot camp. That was the first thing that I did to try and figure out whether or not I had the mental aptitude to be able to push through those pain barriers from an endurance perspective. I found it really fun and breezed through it so I was like, okay this is definitely geared for me.

To be honest, when you wake up every day for seven years with a goal in sight, and you continue to be repeat this to yourself everyday, it's really amazing to see just how powerful the mind can become. The ability to shut down what the body’s feeling and make it go numb to strive towards your goal and push through the pain is a very surreal experience.

What were some of the highlights and lowlights during the ski voyage?

The highlight by far was arriving into Monaco Harbour and being greeted by H.S.H. Prince Albert II. That was off the back of a huge low point of the trip, which was on day two. We were so far behind schedule, the conditions that we were dealt with meant we were only achieving half of the predicted speed which we originally forecasted and we weren't reaching our target destinations. 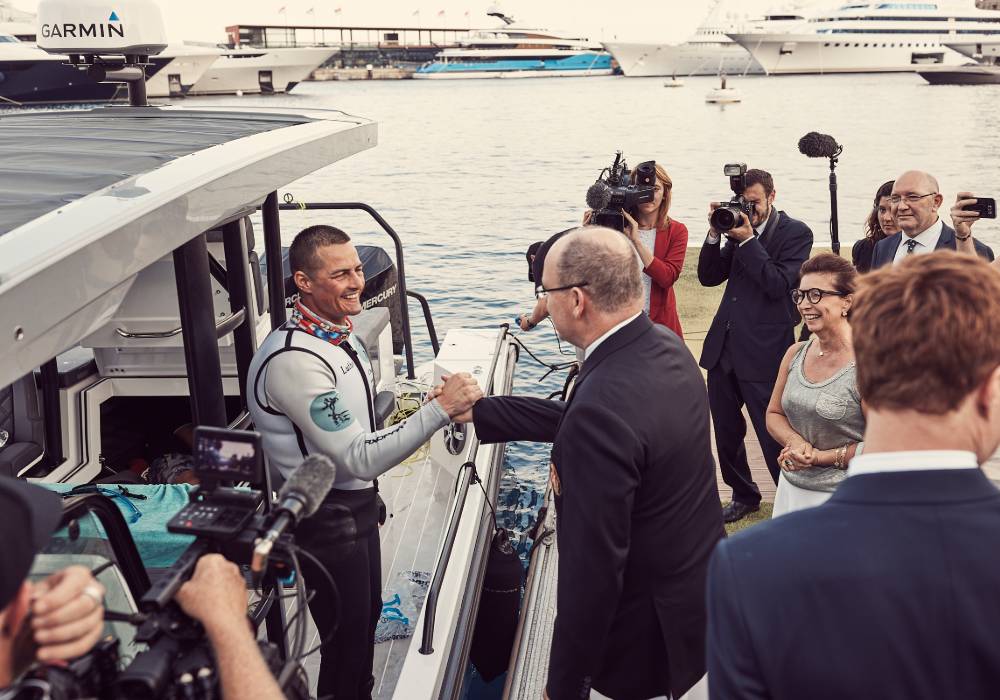 When we arrived into our first stop on day two (when we should really have been at our final stop for the day), I didn't know whether it was going to be possible to continue and whether it was realistic. I'd been bashed up for close to six hours on the ski and we forecasted another eight hours that afternoon. We had an engine change scheduled with Mercury which had to happen that night, and we had five metre swells to contend with. I literally sat around with the team and said how the ‘f@$% did Harry do this?’ They were in an older boat, they didn’t have anywhere near the technology and navigational equipment that we had. It was a really tough moment.

On day four of the trip we had an event scheduled for 10:00 am with H.S.H. Prince Albert II in Monaco Harbour. We realised, based on conditions we had already faced, that there was no way we were going to get there by 10:00 am – we didn't know if we were going to get there at all. So we thought based on our average speeds over the past two days with these new conditions, we might be there at 8’oclock at night – that’s if we can get up and start skiing at 5:00 am in the morning when the moon was still up and just ski as much as we can and see if we can make it to Monaco. And lo and behold, we pushed ourselves beyond any limits imaginable and we arrived into Monaco after skiing for 11 hours that day.

And that was that was the turning point. That turning point for all of us going into the unknown, not knowing what we were capable of, having the biggest day ahead of us to make it to Monaco and pulling into that harbour after that day – we became invincible after that.

Why do you think people are drawn to extreme challenges?

I think people are drawn to extreme challenges like this purely to be able to see what are we capable of as humans. If you look back at all explorers and people that were looking for adventure, I mean that's how life began for people – people were constantly exploring our world, people were constantly going on adventures every single day, even just going out to hunt for the family was an adventure.

I think it is inbuilt in our DNA. We want to go and explore, we want adventure, we want excitement and I think a lot of people out there are really interested to see what we're capable of. We're constantly pushing the realms in so many things like technology, mechanics, space and medicine. From a physicality perspective, I think a lot of us are adventurers by heart and just want to get out there to push the limits, see what we are made of and get that result – that pay off of accomplishing extreme challenges.

What was it like when you finally achieved your goal and had to go back to reality?

There was a massive come down. I think crossing the finish line was very sad because after all this build up, all of this time, all the energy and the emotion and it just all came to a sudden halt.

I actually enjoyed some of the other moments over the 10-day journey a lot better than I did crossing the finish line. Since I finished the project, my wife Belinda and I welcomed our first child, our son Cruz Harry Luther into the world. That was a really good distraction for me, our next chapter had arrived and it was one of the most fulfilling experiences I have ever had. So that was really good to take my mind off the project and figure out what next.

I also spent countless hours reviewing all of the video footage that we shot during the trip. I got to relive the trip and see all the things I didn't even know happened as I was on the water whilst the tream were dealing with constant challenges day after day. We have put together a trailer and are currently pitching for a documentary. That has been another good distraction for me, still linked to the project, but on a different level. We are already planning another event with our major sponsors for next year. I can’t go into too much detail about that event, all I can say is it's going to involve a really cool boat, a car, an exotic location and high speed ...

Want to learn more about Alex Luther and his 10-day journey across the Mediterranean? Be sure to attend our upcoming Ocean Talk, Extreme Journeys where Alex will delve deeper into his journey of recreating family history.

View all posts by Laura Signorelli→
Posted in: Events
↑