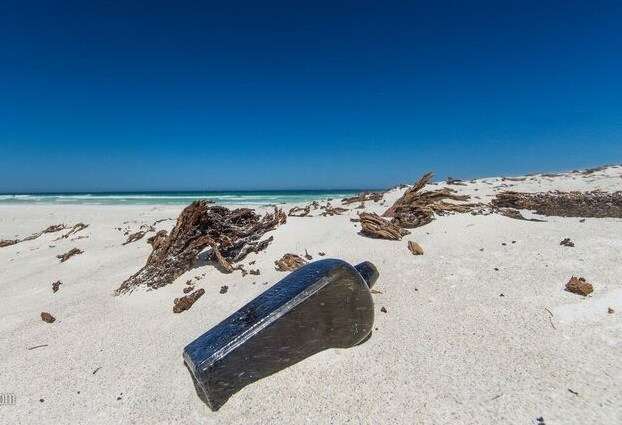 On the 12th of June 1886, a crew member of the German barque Paula performed what was a routine task on voyages around the world at the time – he dropped a tightly sealed glass bottle, containing a piece of paper, overboard. The paper was a printed form letter that was filled out with hand-written details of the ship and its location. It included instructions for anyone who might find the bottle washed ashore: they were requested to send the note to the Deutsche Seewarte (German Maritime Meteorology Institute) in Hamburg, or to their local German Consulate.

In early 2018, 132 years after the Paula’s note had been dropped in the ocean, a Western Australian woman Tonya Illman was strolling along the sand dunes on a beach near Wedge Island, 180 kilometres north of Perth. She noticed something sticking out of the sand, it was the Paula‘s message in a bottle, still with the paper inside and with some hand-writing still faintly legible. Tonya had stumbled across the longest known unfound message in a bottle in the world. 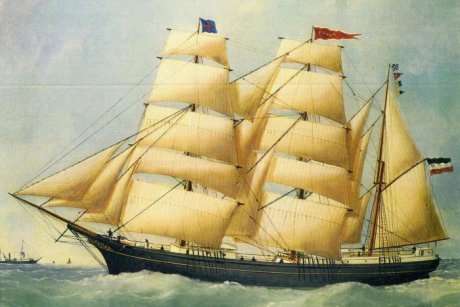 The German barque Paula painted in 1876. By Édouard Adam, via abc news.

We often think of messages in bottles as poignant notes to loved ones or tragic last words cast from a sinking ship. Perhaps we are familiar with the castaway on a deserted island forlornly tossing a bottle into the sea in the hope of rescue from a far-off ship, or such messages as that found in 1896 cast from the ship Naronic, which simply said ‘Struck iceberg – sinking fast in cold ocean’.

But they were also important scientific tools for many years before the early twentieth century. Between 1864 until 1933, thousands of bottles were thrown overboard from German ships, each containing a form on which the captain would write the date, the ship’s coordinates and details about its route. It was all part of an experiment by the German Naval Observatory to better understand global ocean currents and provide more accurate weather and ocean data for international shipping.

Indeed the first such scientific experiment known was by a Greek philosopher Theophrastus, around 310 BC. He had a theory that the Mediterranean Sea was formed by an inflow of water from the Atlantic Ocean and to test his theory threw several notes sealed in bottles into the sea to see where they might end up.

The old bottle found by Tonya Illman. She initially thought would look good on her mantelpiece. Image: © Kym Ilman.

Messages from the sea

Messages in bottles have a long and varied history. Used in experiments and as communication, by the 19th century when shipping had expanded dramatically around the world, messages in bottles became all the rage – so much so that they were regularly printed in newspapers such as the Times of London and the New York Times under a headline ‘Messages from the Sea‘.

Australian newspapers followed suit. On January 17, 1917, the Adelaide Advertiser reported on a message found that had obviously been cast from a troopship on the way to the First World War in Europe. A note inside simply said ‘Cheer up Mother. With best love to All. 7097 Signaller E. W. F. Ware.’

Australian maritime authorities and the Chief Weather Bureau also used the German message method to gather information. Called ‘Current Papers’, they were reported in newspapers such as in this entry in the Brisbane Telegraph in 1897;

Current paper set adrift from barquentine Ethel by the master on April 5, 1897, 7 miles north-west of Wilson’s Promontory; found by D. Hall on May 2, 1897, on the Gippsland coast, exactly opposite the island of Talla-borga, near Gabo Island, Victoria.

It was understandable then that when Tonya and Kym Illman found what they thought to be the oldest unfound message in a bottle they thoroughly checked its authenticity before announcing it to the world. With the help of experts including the West Australian Maritime Museum, it has indeed been confirmed as a world record find.