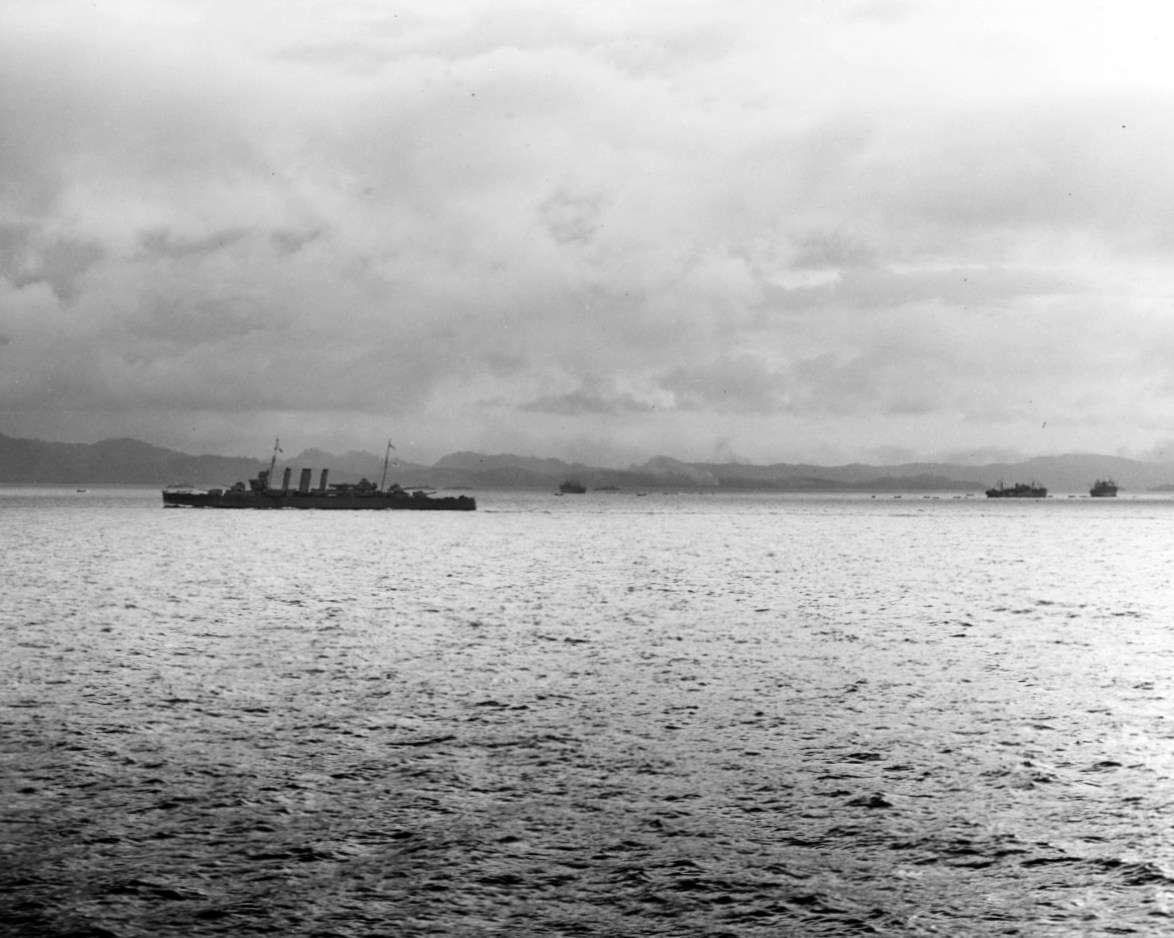 HMAS Canberra underway off Tulagi, during the landings there, 7-8 August 1942, the day before the battle. Three transports are among the ships visible in the distance, with Tulagi and Florida Islands beyond. Image: US Navy History and Heritage Command.

At 2 am on Sunday 9th August 1942 the Royal Australian Navy’s County class heavy cruiser HMAS Canberra (D33) was leading a combined US and Australian naval task force protecting the US 1st Division Marine landings on the islands of Tulagi and Guadalcanal in the Solomon Islands.

Near Savo Island, a tiny speck of land directly north of the landings, 24 salvoes of Japanese shellfire and two torpedoes suddenly struck and devastated Canberra. Fought under the light of Japanese flares the battle killed 84 of Canberra’s company of 819 including Captain Frank Getting. American losses were even greater with USS Quincy, USS Vincennes and USS Astoria sunk and 939 men killed.

It was reported that all 19 torpedoes fired by the Japanese at the Australian ship missed their mark, some Canberra survivors claimed that the two torpedoes that had struck their ship were inadvertent ‘friendly fire’ from the American destroyer USS Bagley.

The Canberra remained afloat while survivors were rescued by USS Patterson and USS Blue and damage was assessed. It was decided that the ship was irreparable and would be scuttled later that morning. This proved harder than expected. It took 265 shells and four torpedoes fired from USS Selfridge and more torpedoes from USS Ellet to finish the job. 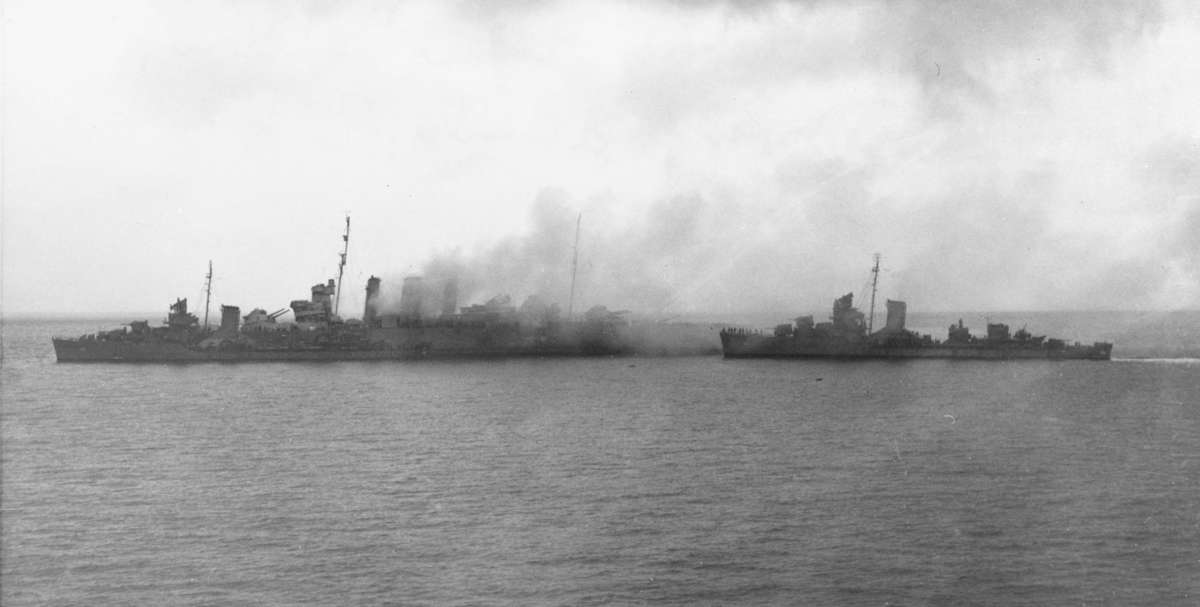 In the investigation that followed this naval ambush and disaster, the crew of an RAAF reconnaissance aircraft was pilloried by US investigators for failing to report that they had sighted the Japanese ships advancing on the morning of the 8th of August. Only in 2014 were they cleared of blame, having sent their report twice it was not delivered to the Allied task force until late in the evening  [1]. 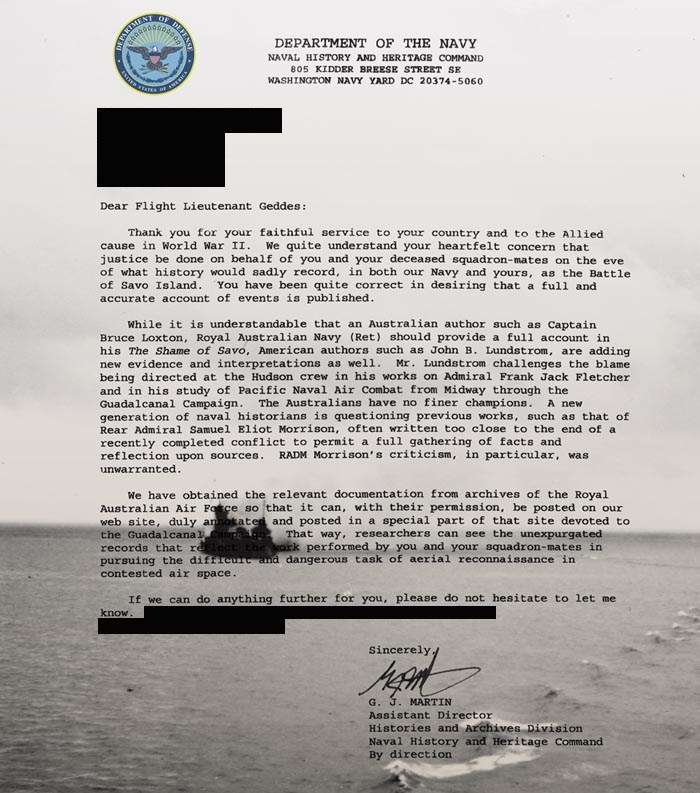 Eric Geddes received a letter from US Navy historians, condemning the criticism made against his aircrew. Source: ABC News.

The Battle of Savo Island set the scene for the subsequent bitter Guadalcanal Campaign where American, Australian, New Zealand, Solomon Island, Fijian and Tongan forces repelled repeated Japanese air, land and sea attempts to regain control of this staging point vital to the success of either side.

At the request of US President Franklin D Roosevelt a Baltimore class cruiser commissioned by the US Navy on 14 October 1943 was named USS Canberra to commemorate the loss of the Australian ship, the only US Navy vessel to be named after a foreign capital city or vessel. 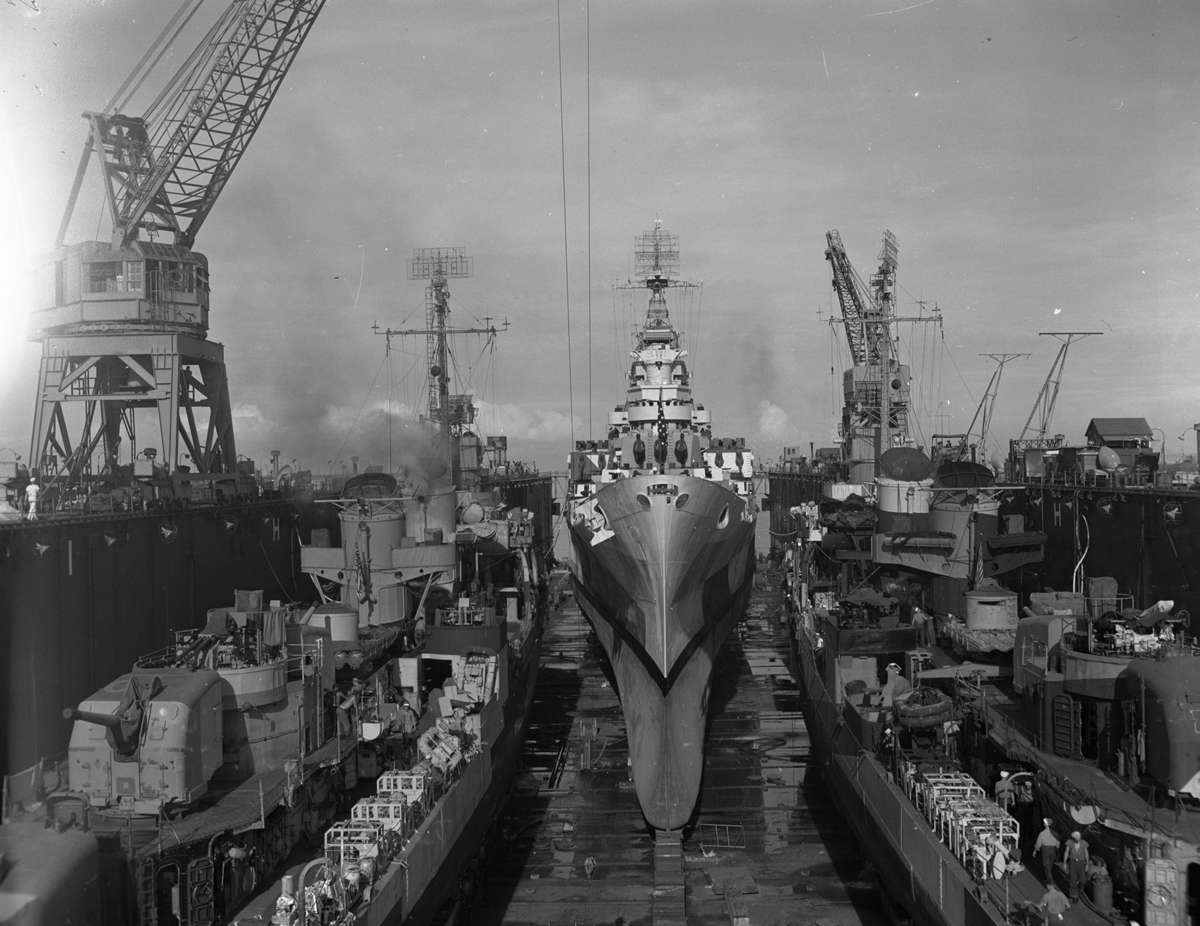 The new American ship was torpedoed in the Formosa Air Battle in October 1944 and returned to the USA for repairs. In 1952 it was converted into a Boston class guided missile heavy cruiser and saw service in Cuba and the Vietnam War before being decommissioned in 1970. The bell and engine telegraph of USS Canberra are displayed in the museum’s USA Gallery as a reminder of the Battle of Savo Island. 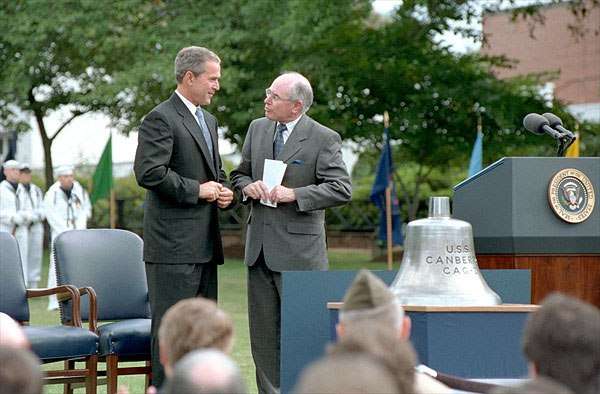 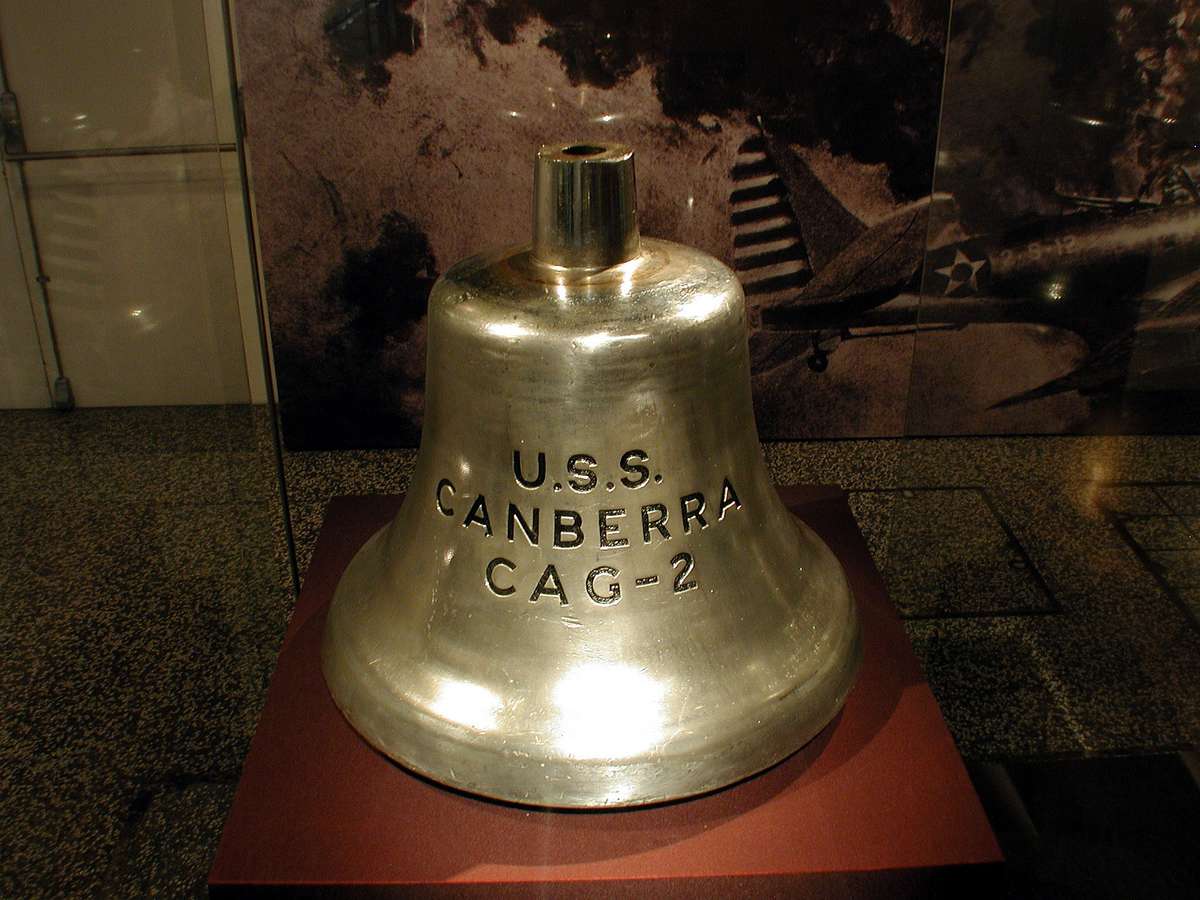 USS Canberra bell on display in Treasures of the American Collection. Image: ANMM.