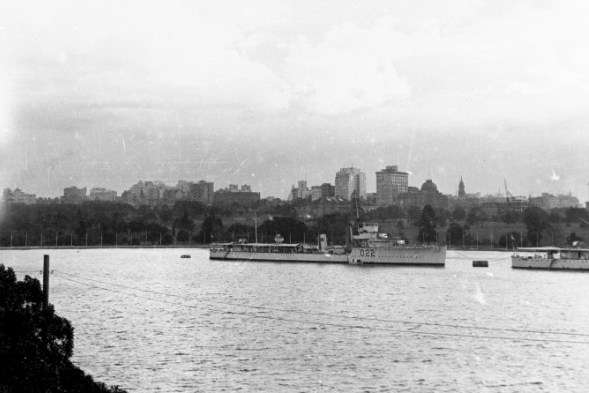 The 9th of December 2016 is the 75th anniversary of the lifting of the siege of Tobruk, the port on the north coast of Libya that proved such a thorn in the side of German Field Marshal Erwin Rommel during the eight months that the siege lasted. The Australian War Memorial describes it as one of the longest sieges in British military history.

Whenever the siege of Tobruk is remembered, the Australian soldiers, who formed the greater part of the garrison for most of the time, are quite rightly afforded pride of place.

However, the maintenance of the siege would have been impossible if not for the Inshore Squadron, that curious fleet of ships and craft that kept the besieged garrison supplied with everything they needed to hold out for all that time. They ranged from former British India small liners, ex–China Station gunboats, South African Navy armed whalers, Canadian minesweepers, tank landing craft, water and petrol carriers, bulk traders and even some sailing vessels, such as the ketch Zingarella and the captured schooner Maria Giovanni. These vessels were supplemented quite often with fast minelayers, destroyers and frigates when they could be spared from other operations. 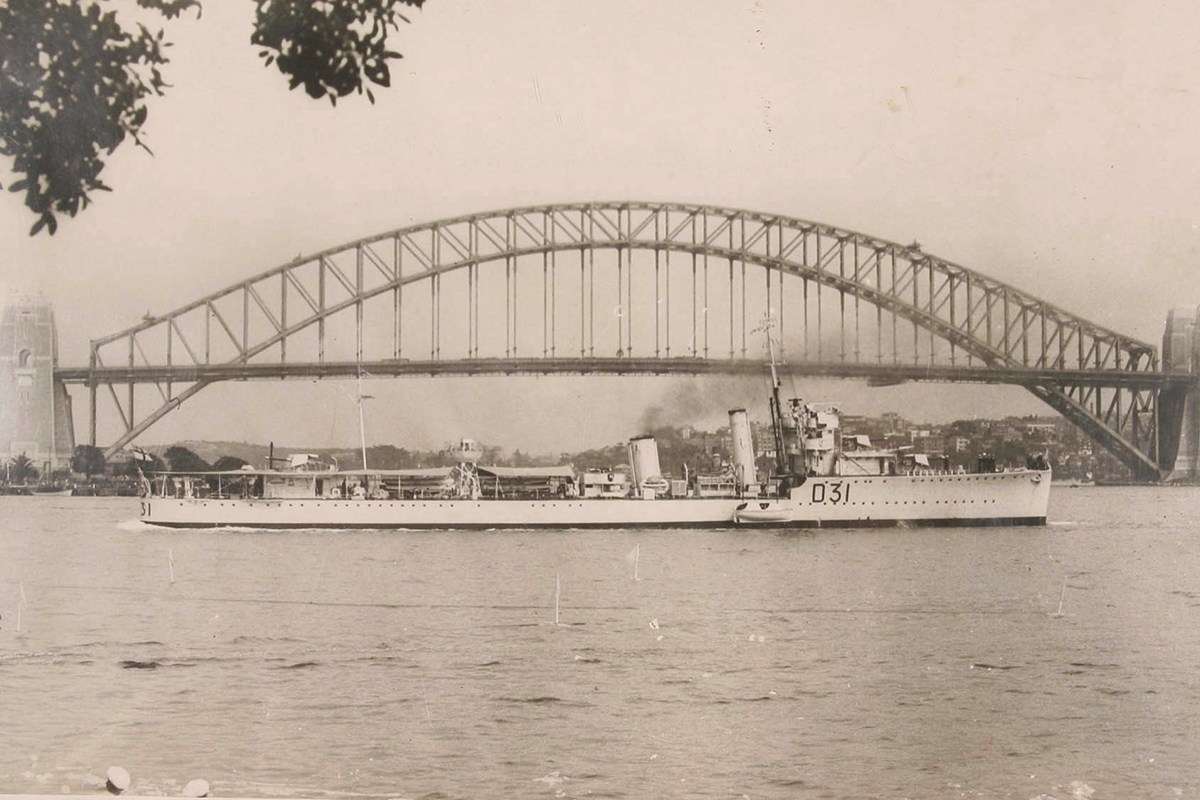 Supplies were usually loaded in the Egyptian ports of Alexandria and Mersah Matruh and, because of lack of air cover, many passages in and out of Tobruk had to be done at night. This meant that unloading and back-loading had to be done very quickly, and this in a port which daily became more cluttered with vessels that had been sunk by enemy air attacks.

Prominent among the warships supplementing the Inshore Squadron was the Royal Australian Navy’s ‘Scrap Iron Flotilla’ of World War I destroyers (see table). The derogatory nickname was given to them by the Nazi Propaganda Minister, Joseph Goebbels, because they were so old. They were joined by two N Class destroyers and two Grimsby Class sloops. 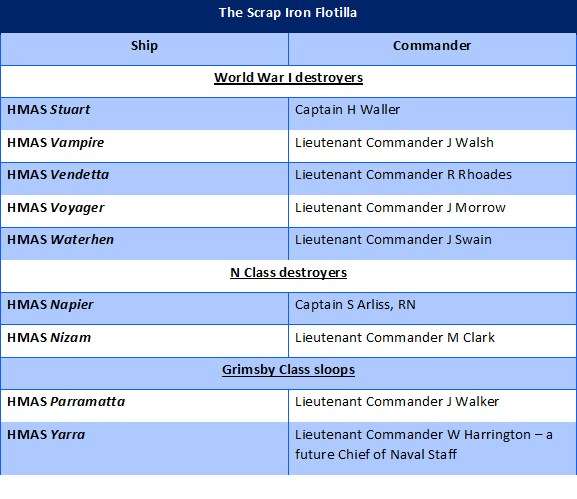 Ships of the Scrap Iron Flotilla.

The Nazis also described the troops as being ‘caught like rats in a trap’, an insult that the Australians promptly turned on its head, proudly becoming the Rats of Tobruk.

HMAS Waterhen was sunk on 30 June after being hit by dive bombers, and HMAS Parramatta was torpedoed by a U-boat off Tobruk on 27 November. The Australian ships were credited with doing 139 runs into Tobruk. HMAS Vendetta was the last of the Scrap Iron Flotilla to leave in October, having done 39 trips, more than any other ship.

The ships usually worked in pairs, on rotations of alternate days.The slower tank-landing craft and other small ships usually sailed to arrive just after dawn. During the day attempts were made to hide them using camouflage nets berthed alongside rocks or wrecks in the harbour. They usually remained two nights and, if possible, were back-loaded with damaged tanks or other valuable vehicles for repair. A difficulty with night off-loading was ensuring the right stores got to the right destination. A careful watch was essential when, after a request from Lieutenant General Morshead, the Tobruk Fortress Commander, some luxuries began to arrive. A bottle of whisky or a case of beer could disappear very quickly!

In early August it was decided to pull the Australian troops out of Tobruk and replace them with Polish and British elements. Again, most of this was done by warships and at night. All went well until 25 October, when the fast minelayer HMS Latona was bombed and sunk on passage to Tobruk. This meant that the evacuation had to be abandoned and the 2/13th Battalion and some other Australian troops had to remain in Tobruk until the siege was lifted. 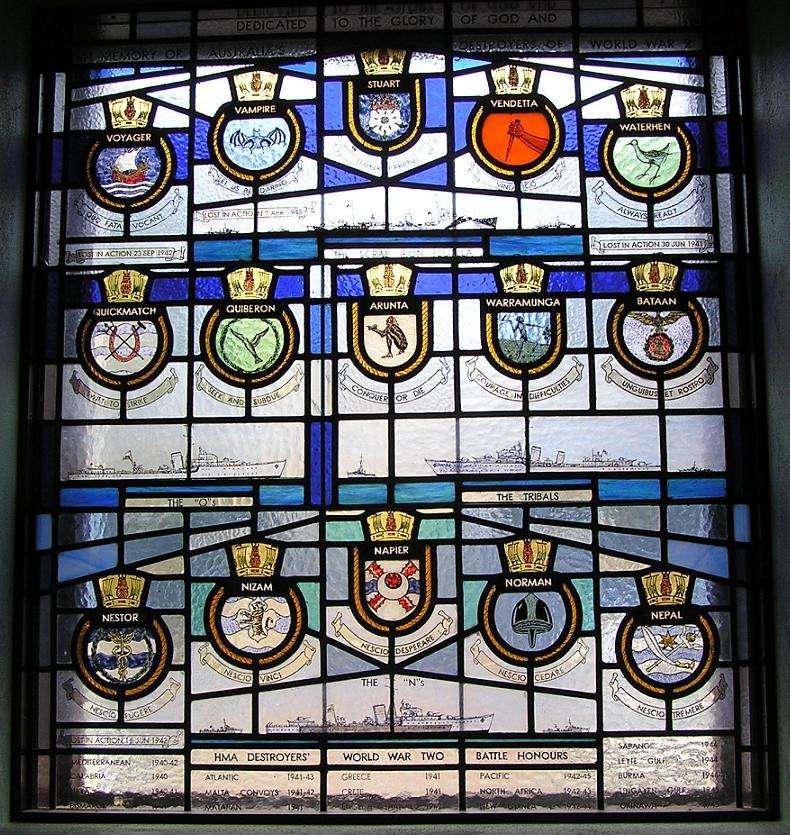 The top row of this stained-glass window in the Naval Chapel of Sydney’s Garden Island Naval Base features the destroyers of the Scrap Iron Flotilla. Image: Wikipedia.

The movements in and out of Tobruk during the siege were as follows:

The ships delivered 72 tanks, 92 guns, 33,946 tons of stores, ammunition, food and fresh water and 108 live sheep (food for the Indian troops). They evacuated 32,667 troops and replaced them with 34,113 fresh troops. 7,516 wounded men were transported to base hospitals and 7,097 captured prisoners were taken to the rear. 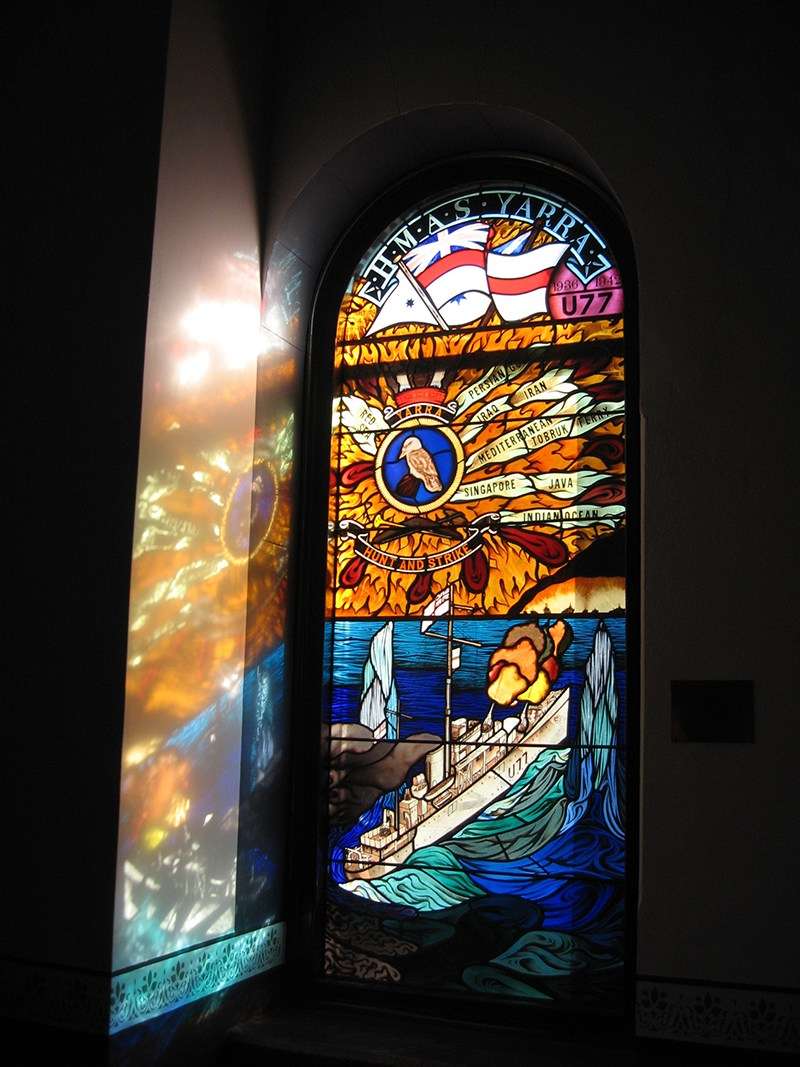 On 19 December, a few days after the siege was lifted, Admiral Sir Andrew Cunningham, Commander-in-Chief, Mediterranean issued this Special Message:

‘Eight months ago the enemy isolated the fortress of Tobruk and laid siege to it. Today Tobruk is no longer besieged and her garrison is pursuing the retreating enemy to the westward.

During those fateful eight months the task of maintaining the garrison with all its bodily needs and war supplies has fallen on the Navy and units of the Merchant Navy. Most of the work devolved on destroyers and small ships.

Units from the Royal Navy, the Royal Australian Navy, and Indian Navies and the naval forces of the Union of South Africa all took their part whilst amongst the crews of the merchant ships were officers and men of the Allied Nations.

When the tale of the siege of Tobruk comes to be written, the part played by these craft will provide a story worthy of the highest traditions of our naval history.

I have watched with admiration the work of the “little ships”. They have borne the burden of the day but neither fatigue nor the assaults of the enemy have deterred them. Their achievement is one of which they may all be proud.’