A selection of trophies from the ANMM collection.

“When I finally held the trophy, it was just how I imagined it would be.”

I have never won one and at my age I do feel that the chances of me ever winning one are fast slipping way. In my mind I know exactly where I would put it – front and centre of the room so no one could miss it. I would casually and modestly dismiss it and then proceed to tell the winning tale behind it. Ah, yes, a trophy.

The museum has a large collection of trophies spanning well over a hundred years of various competitions. They offer a visual feast for those of us whose greatest win was the sympathetically awarded “Library Prize” at school.

The majority of the trophies in the collection were won in sailing and rowing regattas. From the mid 1800s regattas on Sydney harbour and the surrounding rivers were a popular source of entertainment. They were able to be enjoyed by a wide range of spectators at little or no cost at a time when other pastimes were few and far between.

In the early decades the trophies awarded were elaborate affairs. Featuring ornate handles, decorations and mounts, these trophies were awarded even in smaller races to both the winners and runners up. As time went on the trophies seem to become smaller, simpler and less impressive to my coveting eye. The iconic cup shape becomes standard and, dare I say, less imaginative. 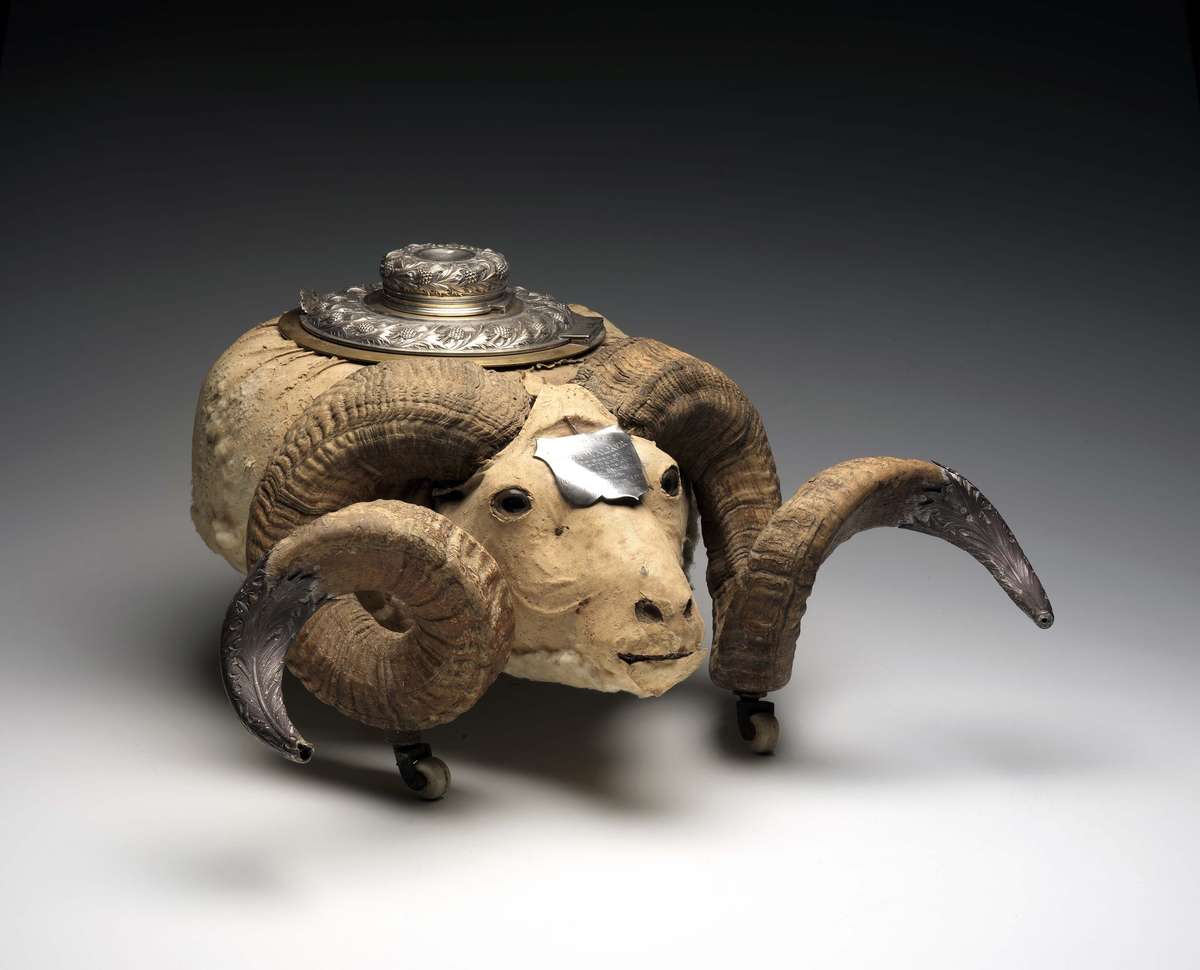 The most impressive and well known trophy in the collection is the one I hanker for least. It was presented to the Australian Champion 22-foot skiff winner each season from 1896. The trophy, a rams head cigar stand, was on public display in Sydney in the 1890s and its ‘unusual’ composition reflects the culture of gentlemen’s sports clubs as well as the prestige of open boat racing at the time.

No, I would be more than satisfied with a much less ornate offering. Perhaps the 1912 trophy for the Sydney Flying Squadron? Ornate and yet tasteful – just the right size to be noticed and yet not ostentatious and perfect for my imaginary champion self. 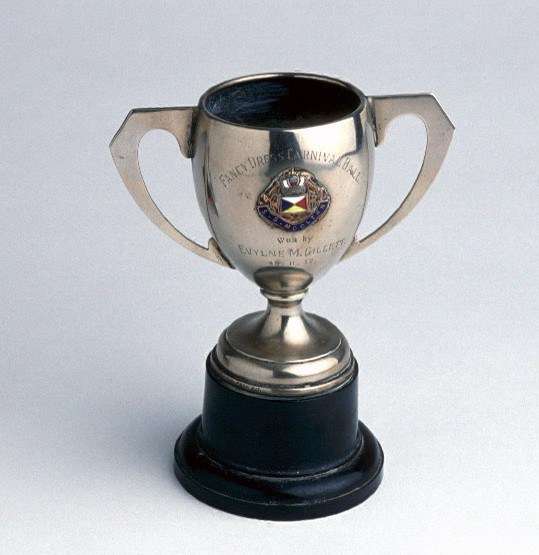 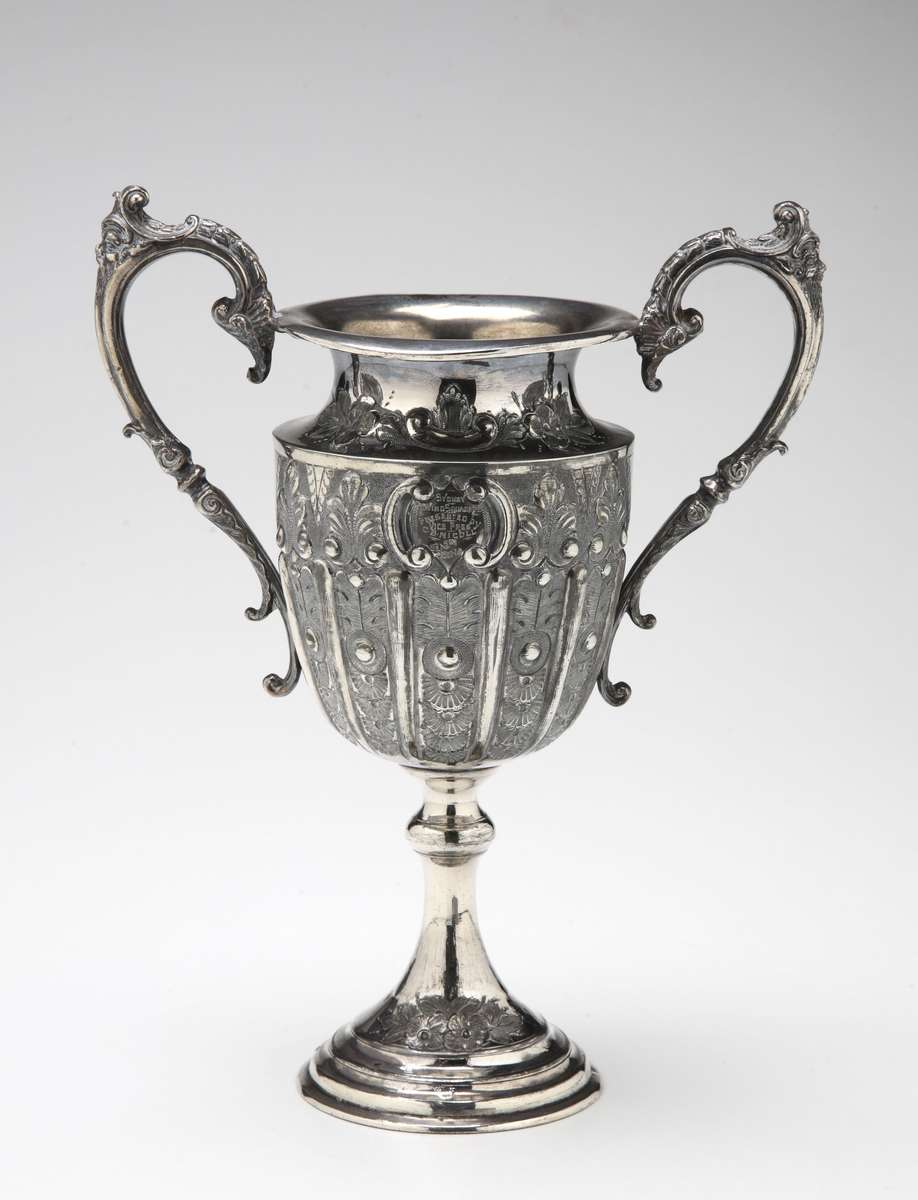 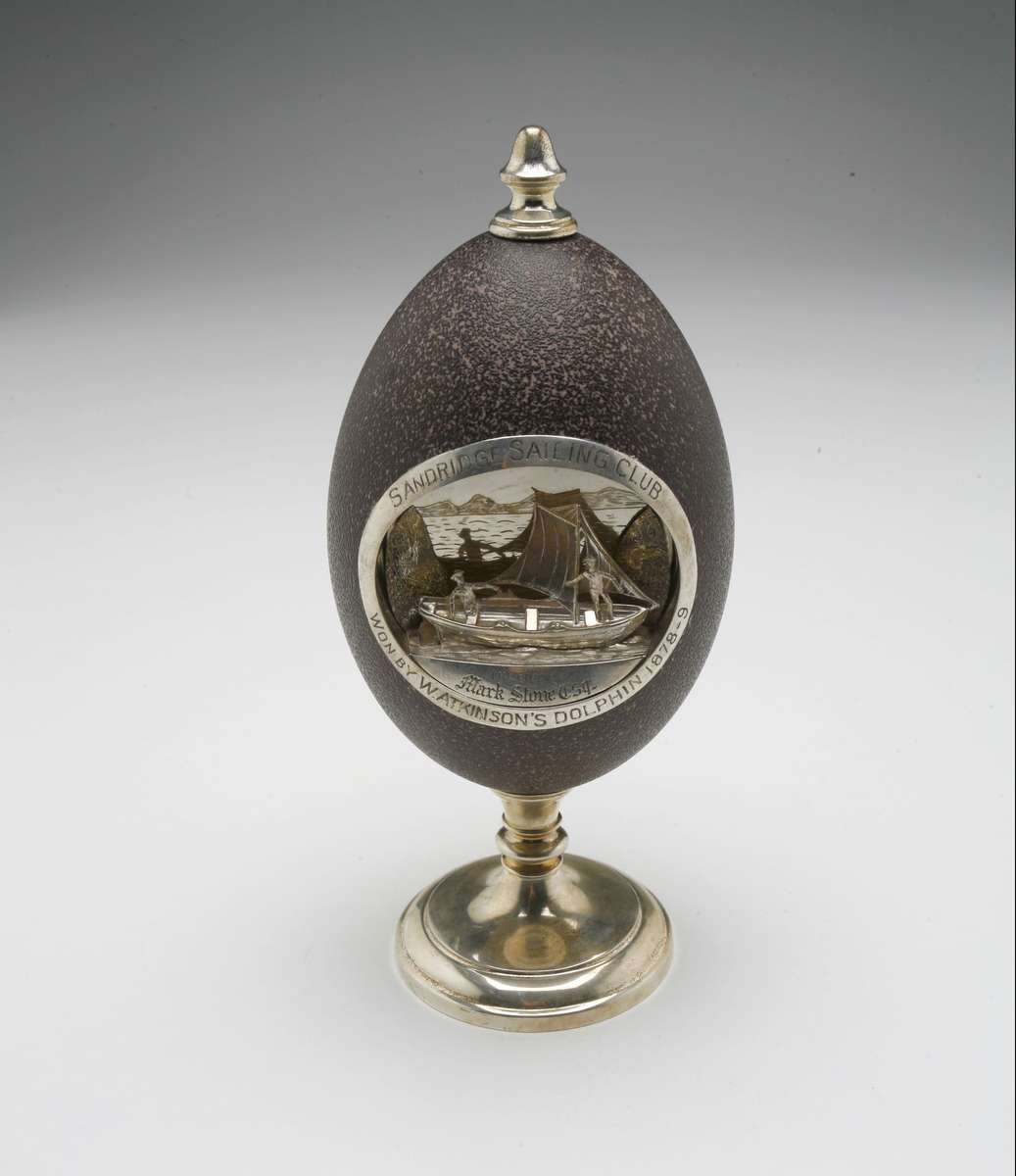 But not all of the trophies in the collection were won to those champions who had strived for years on end, in all types of weather, to take home the prize. And it is these smaller awards that give me hope that my winning years are not yet behind me. They were awarded to passengers on cruise ships for such taxing activities as shuffle board, table tennis, cards and even the best outfit at the fancy dress ball. In these twilight years of my competitive life, I think this is my best chance.

View all posts by Myffanwy Bryant→
Posted in: From the collection
↑