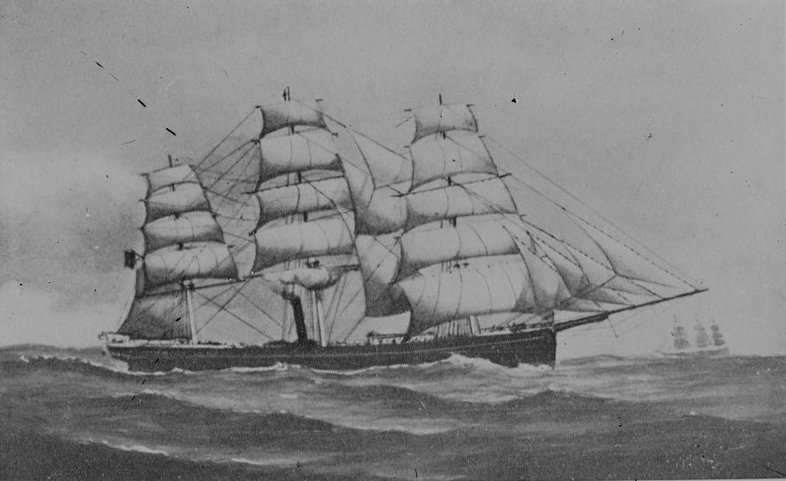 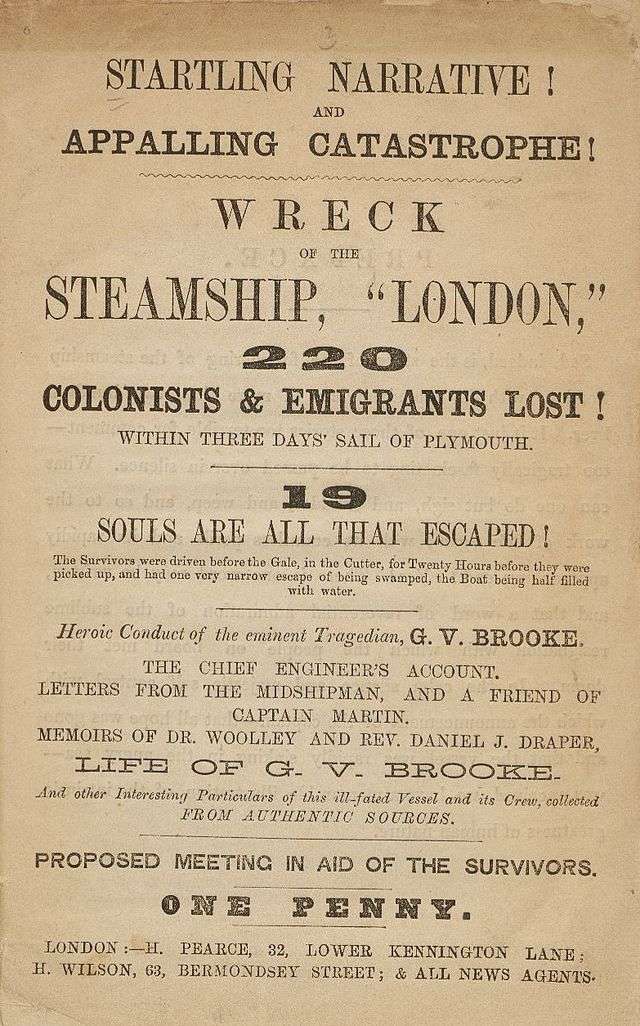 News of the disaster reaches London. 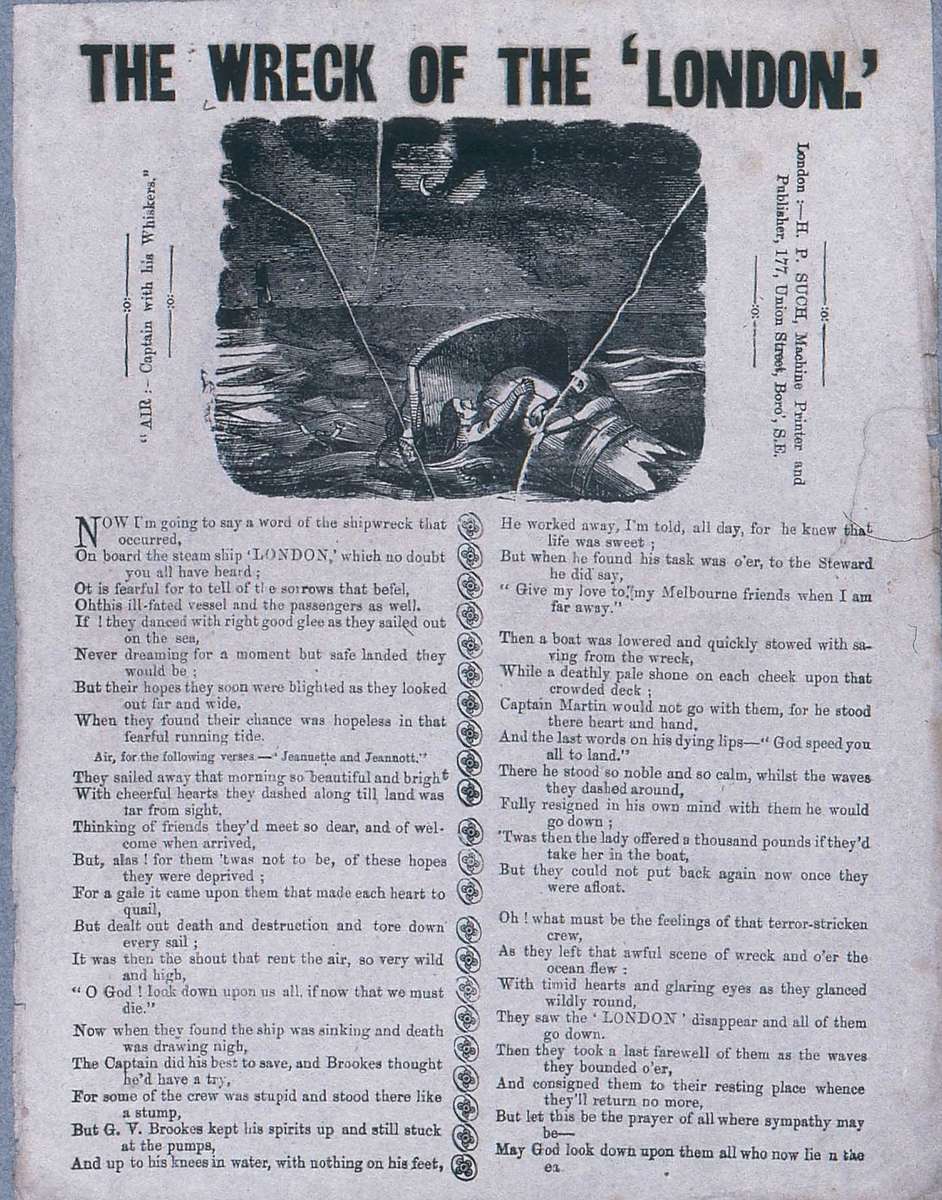 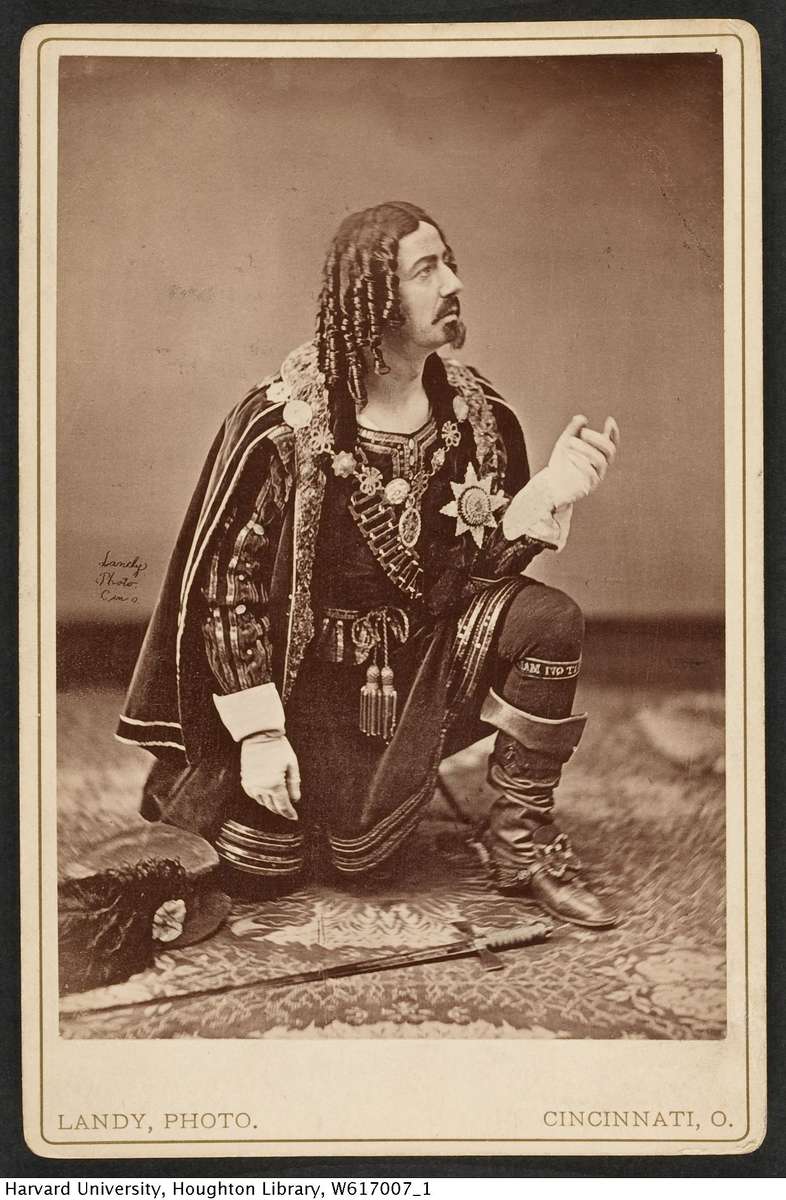 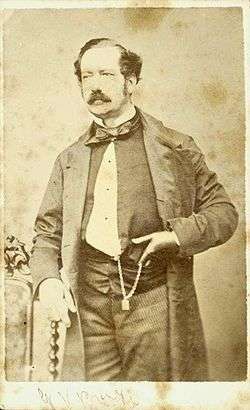 The museum has an extensive collection of broadsheet ballads covering 100 years and every topic that our modern barrage of social media would also relish: death, drama, shaky morals, heroism, political activism, nationalism, murder, the royals, and the occasional happy ending love story.

One such ballad is that of the sinking of the SS London on her way from England to Melbourne in 1866. In true broadsheet style, the ballad tells the story of the disaster and relishes the inevitable drama and despair that reigned on the night.

One particular story has been recounted often enough that you suspect it must have truth in it: the final performance of the actor Gustavas V. Brooke.

“He has a tall commanding figure, and face evidentially handsome. His voice is of excellent quality, deep and sonorous, and this quality is never lost, however strong the utterance of passion.”

By 1866, Brooke’s repertoire, although extensive, was looking tired and the London critics were no longer kind, seeing the famous actor as outdated and old fashioned. It was these reviews and his financial woes that saw Brooke and his sister Fanny board the SS London for Melbourne, where audiences still adored him and he hoped to end his career on a high.

The ship left Kent on the 13 December, 1866. She was heavily loaded with railway iron; one old mariner, after watching her depart from the coast, stated:

“It’ll be her last voyage…she is too low down in the water, she’ll never rise to a stiff sea.”

The London made it to the Bay of Biscay but on the third day out of Plymouth, according to accounts, rough seas arrived. The cargo, already too much for the ship, now prevented her from rolling with and over the waves, and the ship began to take on water.

On 10 January the ship began to suffer structural damage and lost a life boat. The Captain, by now realising the desolation facing them, tried to turn the boat around, but it was too late. The next day water got into the engine room and essentially the London had become a useless and sinking tomb.

Every recollection of this time tells the story of Brooke manning the pumps all night, refusing to give up. Barefooted and no doubt exhausted, he remained calm and persistent in the face of the rapidly rising water.

By the time the call went out to abandon ship, only one remaining life boat could be launched and only 19 people, 16 of them crew, escaped. They watched the London sink rapidly and the last sighting of Brooke was of him standing on the sinking deck. His final words spoken in a powerful voice that rang ‘like a clarion’ were:

“Give my love to my Melbourne friends, when I am far away.”

Brooke’s noble last stand was not the only account of heroics that night. The most harrowing are those quiet acts of acceptance, such as the father who refused to leave his four small children and the reverend who ministered hopes and prayers throughout the ordeal. Or the elderly couple who drank a brandy and retired to their room together to drown in private.

For Brooke though, it was perhaps, tragically, not the great swan song he had envisioned. Yet in a way his final performance on the deck of the sinking London has served his legacy better. Rather than ending his days in outback theatre troupes in Australia, Brooke died the ultimate Shakespearian death – dramatic, heroic and memorable. Praised in newspapers and forever immortalized in ballads, he will now always remain the consummate tragedian.