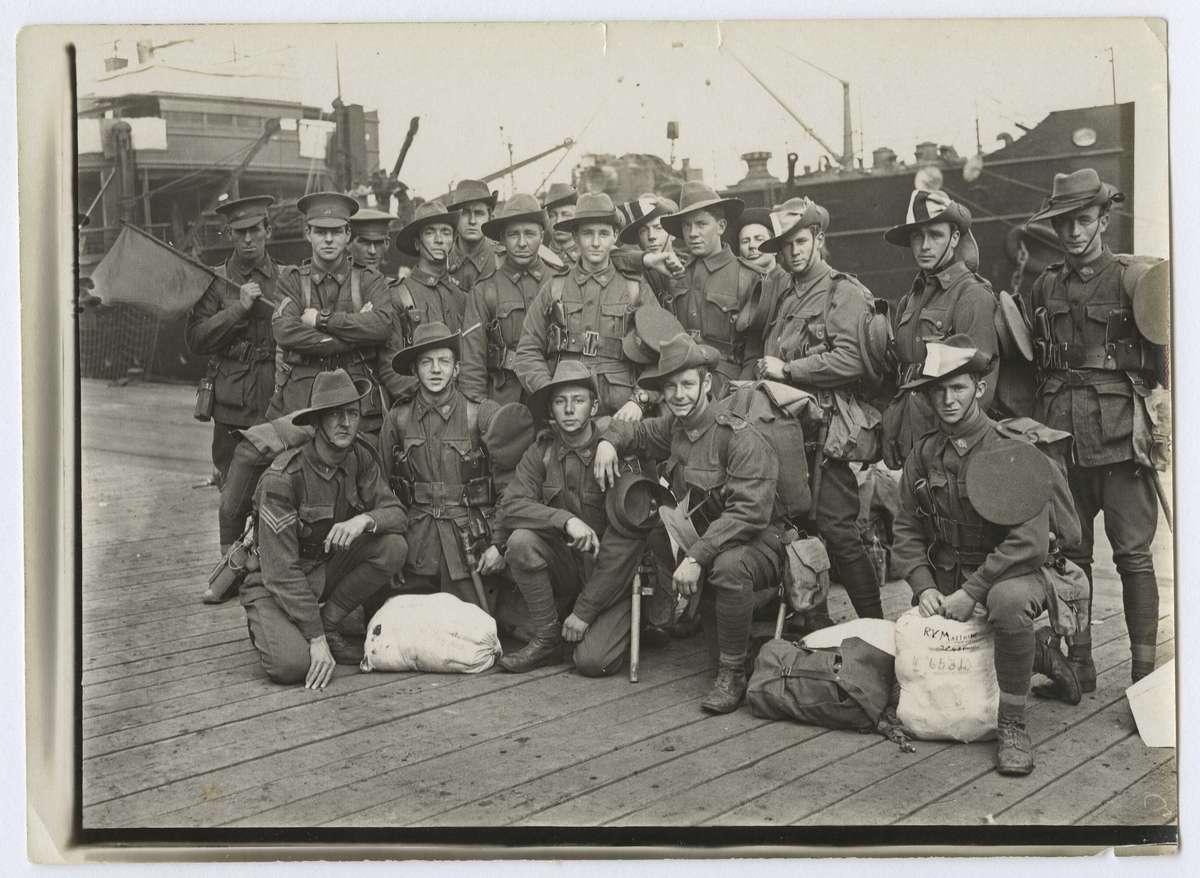 Some of the most interesting items in the museum’s collection are the personal accounts of life’s experiences. Whether a voyage, a ship’s log or a diary these firsthand accounts are a priceless record. I recently came across one such journal written by 20 year old serviceman Allan Witt Edwards from Victoria. Edwards was sent to England in 1916 aboard the troopship HMAT Shropshire. His journal is a very personal account of what was a massive undertaking by Australia and is very endearing in its simplicity. For Edwards, as with all the troops, life on the ship was a new experience for them and I would imagine it embodied much of what they had envisioned the war to be. The camaraderie, the new sights and the thrill of seeing the surrounding warships in action must have been as exciting as they had hoped. For most however, it would be as good as war would ever get.

When war was declared in 1914 it was not entirely unexpected and Australia had already fully committed to any eventuality. Once the outcome was certain a massive effort beyond any that had gone before began. In addition to actually recruiting and outfitting an army, there was also the massive logistical challenge of moving troops, artillery, horses and supplies to the other side of the world.

When you start to look at the actual numbers involved it truly is a staggering achievement. Overall Australia transported over 400,000 troops and over 139,000 horses. This was in addition to the many tons of building equipment, armaments and supplies that were required. This all had to be sent by sea on a long and very dangerous journey, particularly with enemy vessels now patrolling the shipping routes. Troopships travelled in a convoy with battleships for protection yet submarines were now an additional threat and convoys had to adopt new formations and changing patterns to elude the enemy.

The ships used for transport were owned by steamship companies. They were requisitioned by the government who paid a daily rate for them and specially outfitted the ships to meet their new wartime role. This included increased numbers of berths; often in cargo holds and conditions on board were cramped to say the least. Charles Bean outlines how this refitting was done very quickly:

They had been hurriedly fitted with mess tables and hammocks, til their lower decks looked like huge crowded barrack rooms. The horse transports had been furnished with endless stalls for horses, well secured against heavy weather, spread with coconut matting and baskets for clearing the manure”

On board during the day there were drills, exercise sessions, games and sports that were all taken in shifts as were guard duties and mealtimes. Alan Edwards records small details in his journal such as what was served at these mealtimes, how he slept and the antics bored troops got up to in order to break the monotony that invariably set in.

There were also weekly Sunday services on deck. One part of Private Edward’s diary is particularly poignant. He tells of the on board death of one of the soldiers from illness. A funeral service was held aboard the Shropshire and the whole convoy of ships stopped out of respect. What struck me most about this entry is what a vastly different experience of death in wartime this was compared to the overwhelming visions of death that most of them would face in the coming months.

It was wonderful to discover that Private Allan Edwards survived the war having spent 735 days abroad. He was discharged in 1920 on the grounds of being “medically unfit”.

View all posts by Myffanwy Bryant→
Posted in: From the collection , Navy and defence
↑