Artefacts from shipwrecks have often travelled far and undergone much before being exhibited. This is true of the gudgeon was selected for display in our upcoming exhibition East of India – Forgotten trade with Australia.  It’s believed to come from the wreck of the Cato, a merchant vessel built in Stockton, Britain in 1799. Cato was carrying a shipment of coal destined for India – possibly Australia’s first coal export. Coal blocks were found at the wreck site, one of which is displayed in the East of India exhibition. 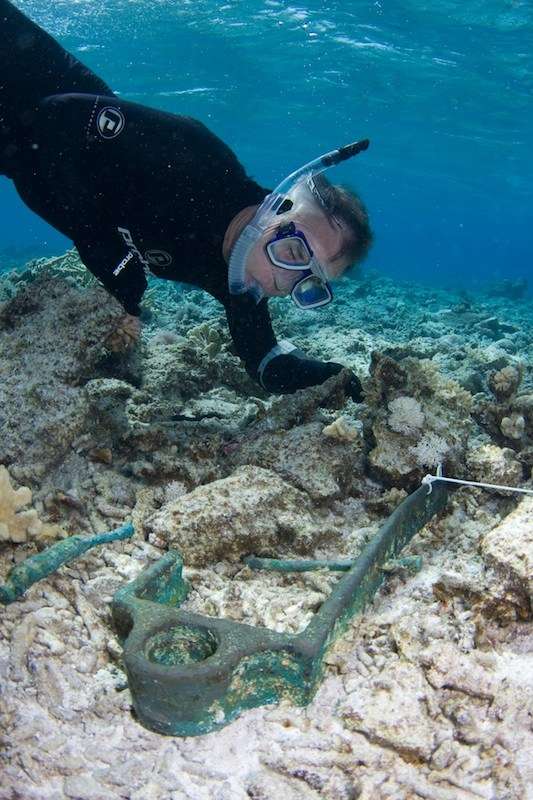 Cato was wrecked 450 kilometres off the coast of Queensland in August 1803. The wreck was discovered in 1965 and later identified partly through a cannon found on the site.  A cannon was retrieved in 1991 by the Queensland Museum: the date of casting and place of manufacture were consistent with those carried by Cato. More than 200 years after the wreck, Cato’s gudgeon was retrieved by an Australian National Maritime Museum-Silentworld expedition team in December 2009. It was transported back from Queensland, and has been undergoing desalination in museum’s conservation lab.  A gudgeon is part of a ship’s rudder assembly. The round hole takes the pintle, on which the rudder moves.

Conserving objects from marine environments is often complex and time consuming. Objects should be kept wet until desalination treatment has been completed. In order for the gudgeon to be shown in the exhibition, the conservator, designer and mountmaker had to find a way to display the object while continuing to treat it. 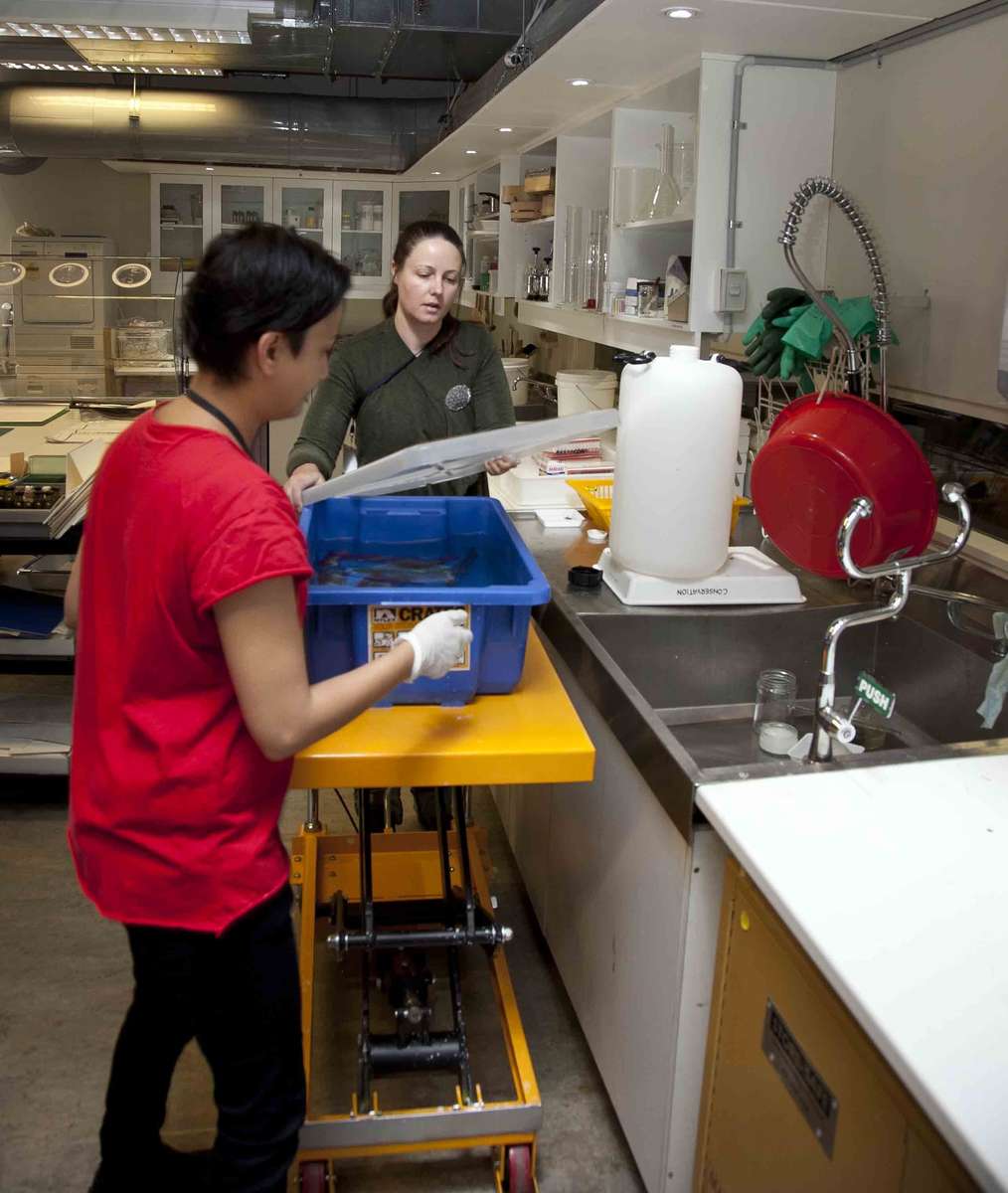 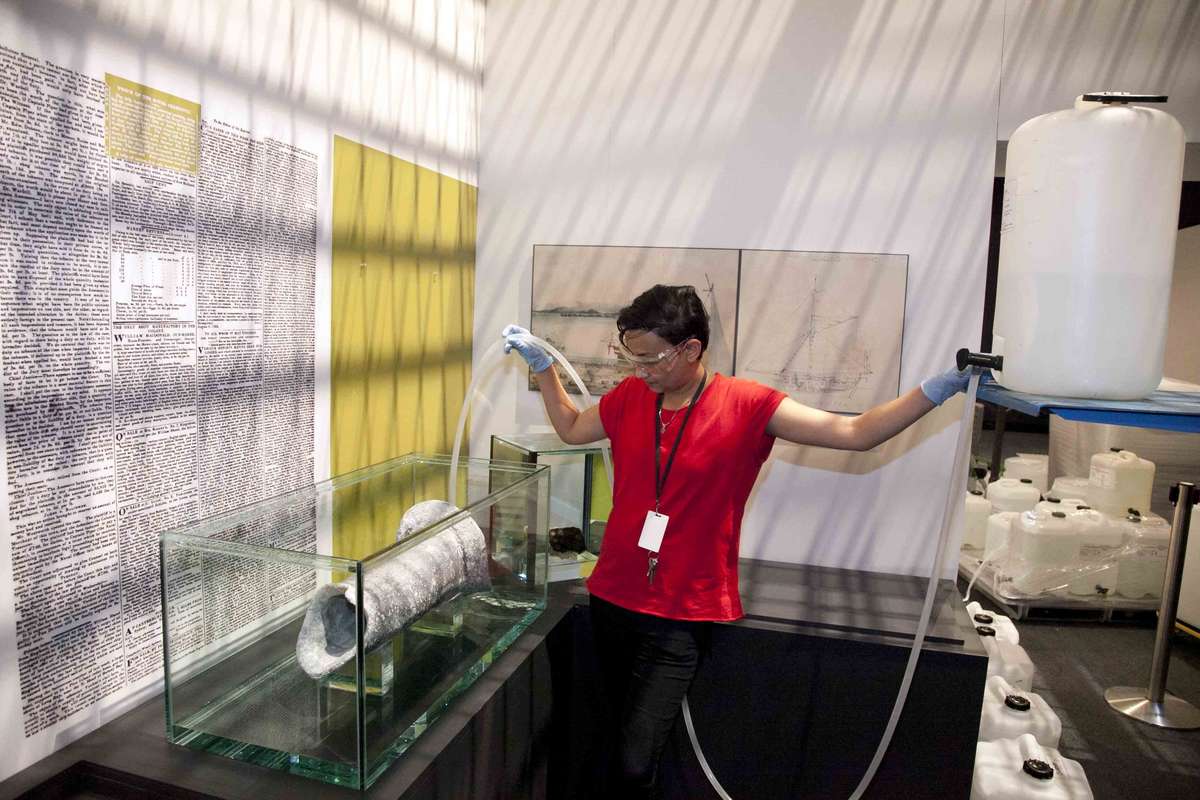 On installation day, we drained some of the solution from the gudgeon’s treatment bath in the conservation lab, sealed it into its plastic treatment tank, and transported it to the museum building. We placed it into its glass exhibition tank on a custom-made support, and filled the tank with solution by siphoning from another tank on a hoist. The gudgeon will continue its desalination treatment, monitored by conservation staff, while it is on display in the East of India – Forgotten trade with Australia exhibition. 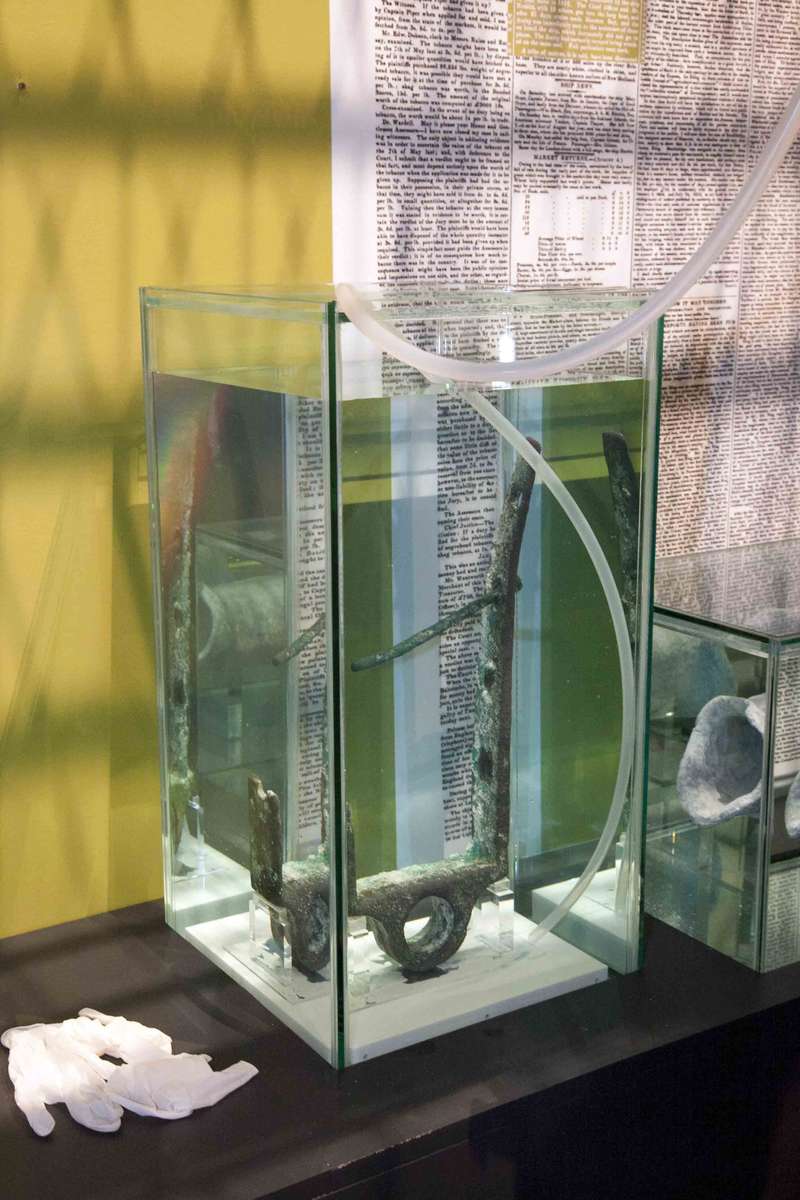 Siphoning the last of the solution into the gudgeon’s tank.