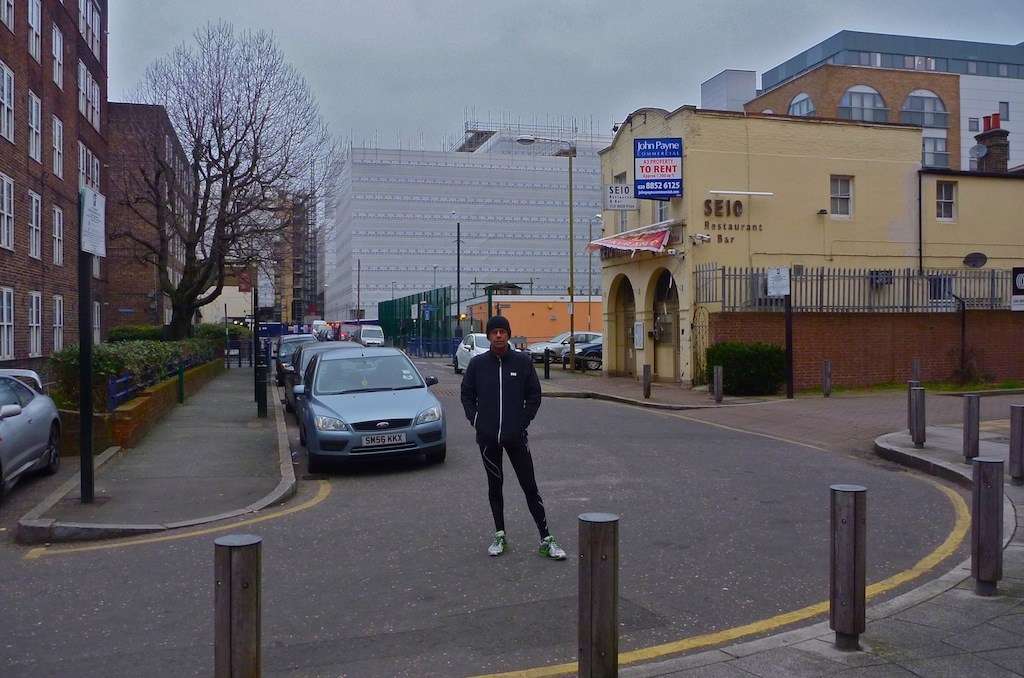 It’s 8 am in this first picture, minus one degree and there’s light snow around too. I am in Greenwich, London on museum work and have been out for a morning run, well-dressed in thermals, beanie and gloves. I have stopped in Thames Street, Greenwich and the camera’s self-timer has caught me just where my Payne family’s long association with boats and the sea started. In the 1850s my great, great grandfather, Frederick Payne lived in Thames Street and he was a waterman rowing passengers in his wooden skiff across the Thames, a stone’s throw to my left from where I stand. 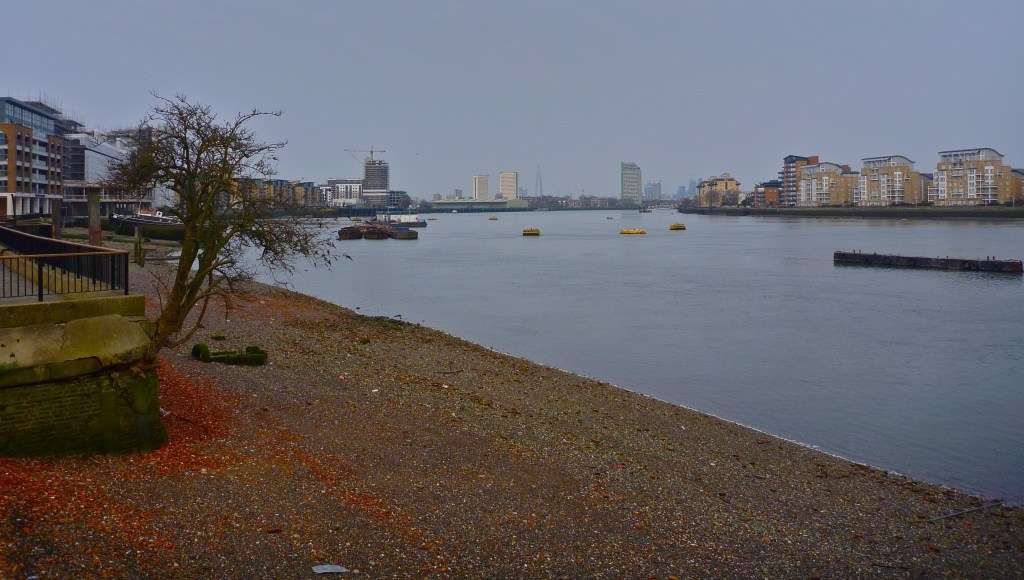 The Thames at Deptford and Greenwich where Frederick Payne was a waterman.

Throughout the family tree that begins with Frederick and his wife Martha the subsequent generations featured many more watermen, lightermen and barge men, and most lived around Greenwich. Their own family was large, eight children, three of which followed his trade and one of them William Frederick Payne was my great grandfather. He became a Tudor House pilot, a highly respected position and his youngest son was my grandfather Sydney Payne born in 1897. Sidney ended up with a ship’s master qualification and was Second Officer on the SS Sophocles in 1925, having started at the bottom with the Aberdeen Line in 1907 as a teenage apprentice on the SS Miltaides and came through World War 1 having served on tugs. 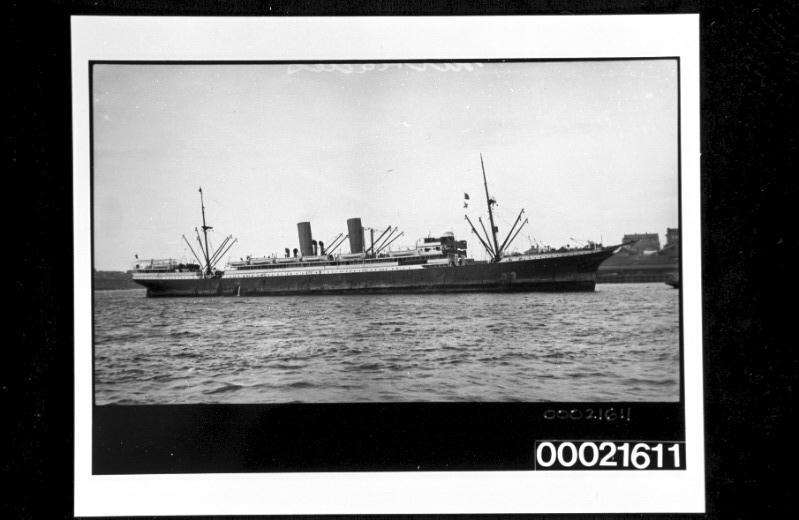 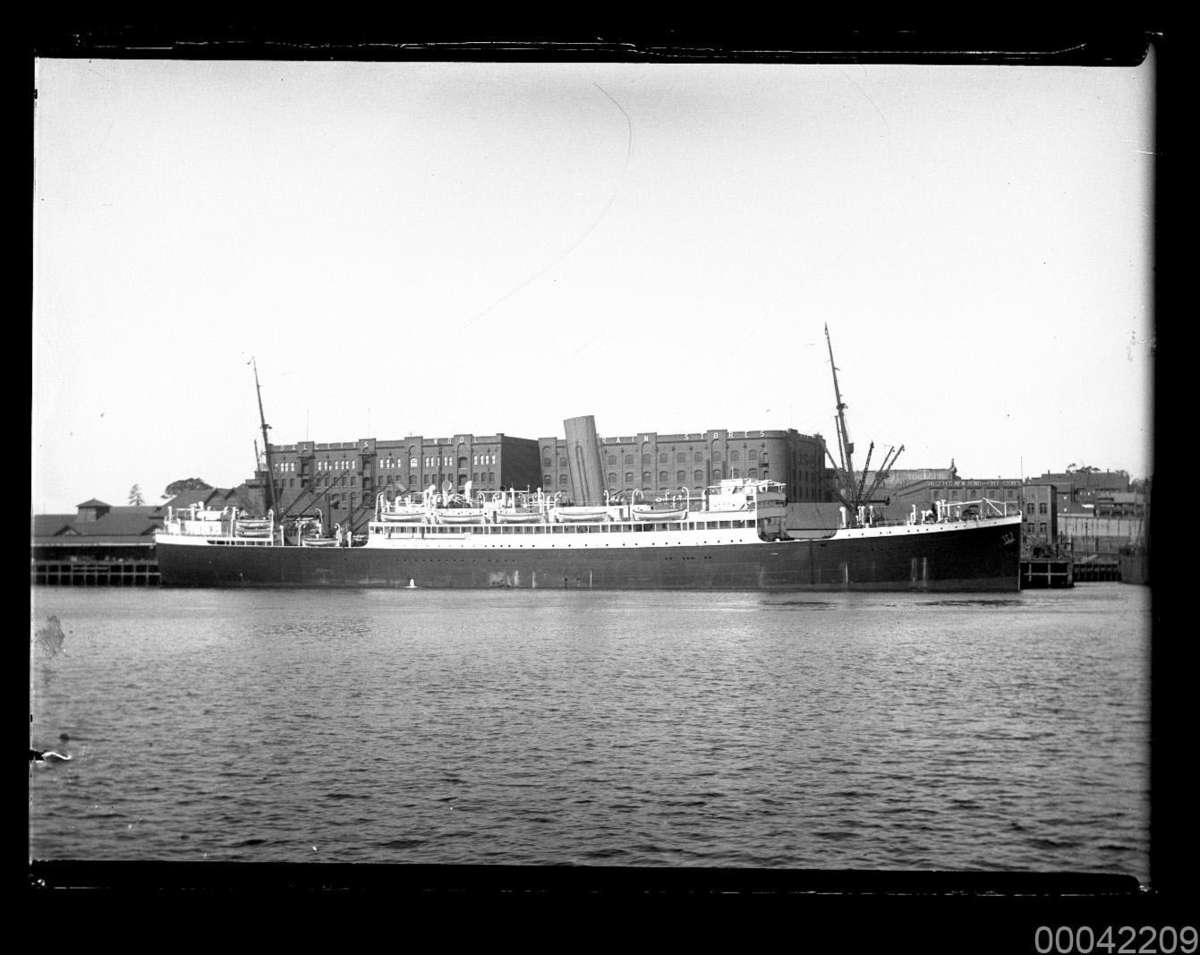 A downturn in shipping saw Sidney emigrate to Australia with his wife and two boys in the late 1920s where he represented Dalgety’s and managed their business on the wharves in Brisbane, then Sydney.

Sidney’s eldest son, my uncle Alan Payne became one of Australia’s finest naval architects, and whilst my dad was an architect, he had two yachts and the family grew up with sailing as soon as we could walk. My older brother has built one of Alan’s steel yacht designs and sailed it thousands of miles across the oceans. While one of Alan’s twin daughters is also a naval architect. Meanwhile I am a curator of historic vessels, with a boat design background and thousands of sea miles travelled as well.

Clearly there is a serious relationship with boats and the sea in the Paynes, but at this instant, early in the morning, it’s reassuring to be back looking over the stretch of water where it began, and thinking back to those times and paying respect to the family beginnings.

I have come here once before, as a part of a midyear family holiday in 2010. It was a pilgrimage for just a few hours, but this time I will return to Sydney feeling closer – I have now stayed here and done some valuable work of my own here on behalf of the museum. Countless tides and watercraft have passed this spot since Frederick’s time beginning in 1826 as an apprentice bound to Greenwich waterman John Cope. It’s satisfying to think what he started has carried on, and the path the Paynes have travelled has led one of them back to Frederick’s stretch of water after 180 years.

Longitude and Greenwich are synonymous. I have a small pebble to take back, collected at the low tide line near Thames Street and in longitude terms it sat less than a second to the west of Greenwich’s’ landmark – the Prime Meridian. Within one second to the east is Vanburgh Hill, where William Frederick and Sidney both lived. Now, take the outgoing tide downstream and continue east for just over 151 degrees and you are in Sydney. That’s how far the Payne generations have travelled by sea, over 12,000 miles by water.

Back in the present tense, Thames Street may be disappearing, the street sign from 2010 has gone, and a playground covers the end of the road where it connects to the next street. Has it changed much? Perhaps only in architecture, the likely neighbourhood of small terrace dwellings in the 1850s when William Frederick was born there is now a street front of low rise flats, bigger ones are under construction, and a few small parks and grass areas try to soften the landscape. The gloomy weather is painting everything a shade of grey too, so perhaps its better on the water – in that domain you work the tides and currents and navigate your craft – it’s that feel with boats that seems to have soaked into the Paynes every generation since.

A little later I went up to central London, and after I had visited the British Museum I went down to Handel House in Mayfair, but not for the music, it’s the house next door that counts when it comes to my mother’s family story. One of George Frederick Handel’s neighbours and supporters in the 1730s was John Monckton, member of Parliament and later 1st Viscount Galway. Mum is a proud Monckton too, albeit way out to the left of the direct line to this hereditary peerage. It would take a cataclysm of cosmic proportions to clear the path for me to assume that title, and anyway my older brother would get first go. 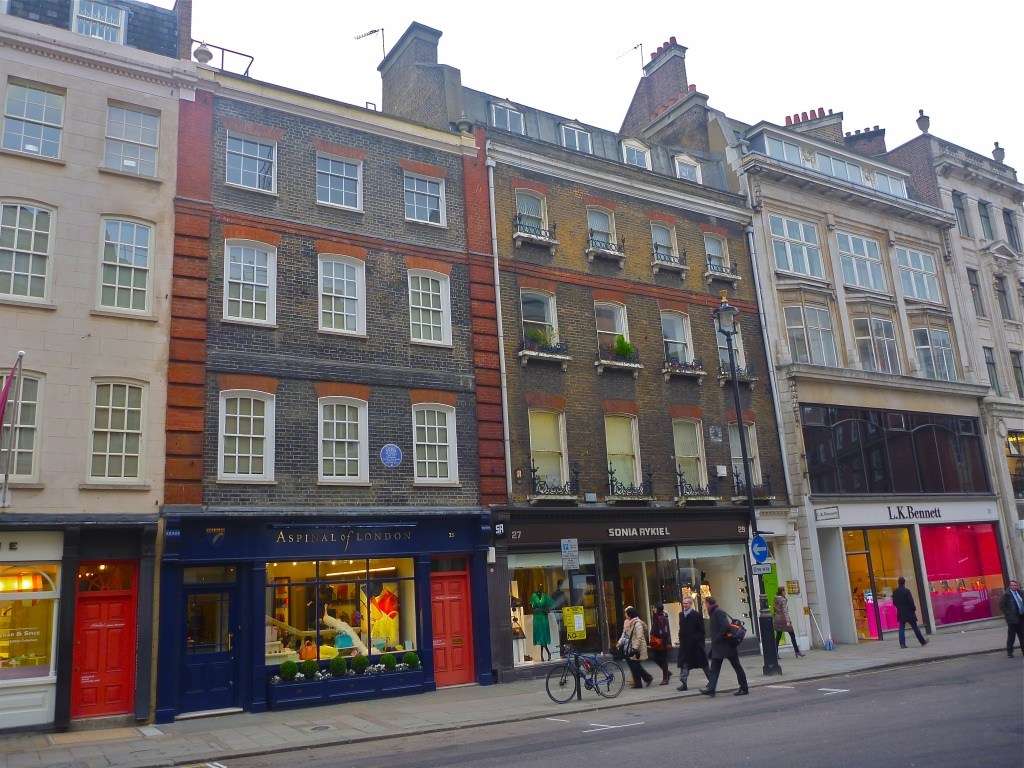 By going there I have crossed paths with mum’s family on the same visit, and they put in their bit too. My grandfather Bruce Monckton had a clinker skiff Christabelle that mum learnt to sail on in Pittwater, and his father WH Monckton is famous in the family for being pictured in a 1907 Rudder (USA) magazine with his dinghy. His father also WH Monckton was an architect, and I use his drafting curves often when drawing my own boat plans, drawings that include designs for three rowing skiffs, all similar to a waterman’s boat, and drawn before I knew of any waterman’s connection in the family. So this boating and drawing thing that’s been my life seems to have come from both sides of the family – there was never any chance of running off with the circus if it had come through town. 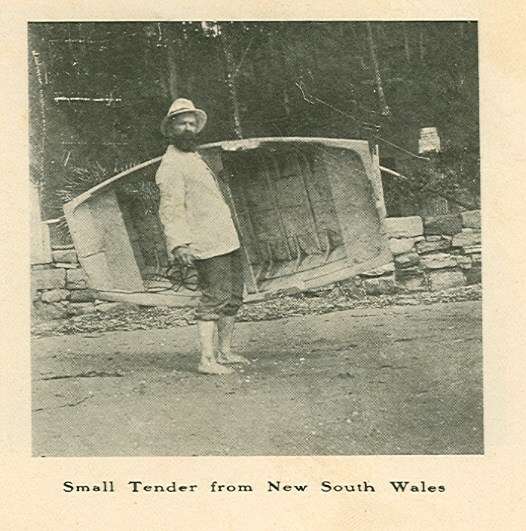 WH Monckton and his Tarpon dinghy made from plans published in Rudder magazine.

Family history, genealogy – it’s yet another addictive area of research and I’ve been very fortunate with what it has revealed for me. The opportunity to be back here in Greenwich whilst working with boats and maritime history in my own way somehow seems to complete an evolving sea journey, one that began in earnest when Frederick Payne rowed out proudly as a licensed waterman and onto the Thames for the first time in June 1836 – and it continues on today.

Frederick Payne’s entry in 1836 noting his ‘freedom’ – he was now a licensed waterman.

If you need help with your family history search, our Vaughan Evans Library staff may be able to help you. They have produced a number of family history related rescources and are happy to help you with enquiries.