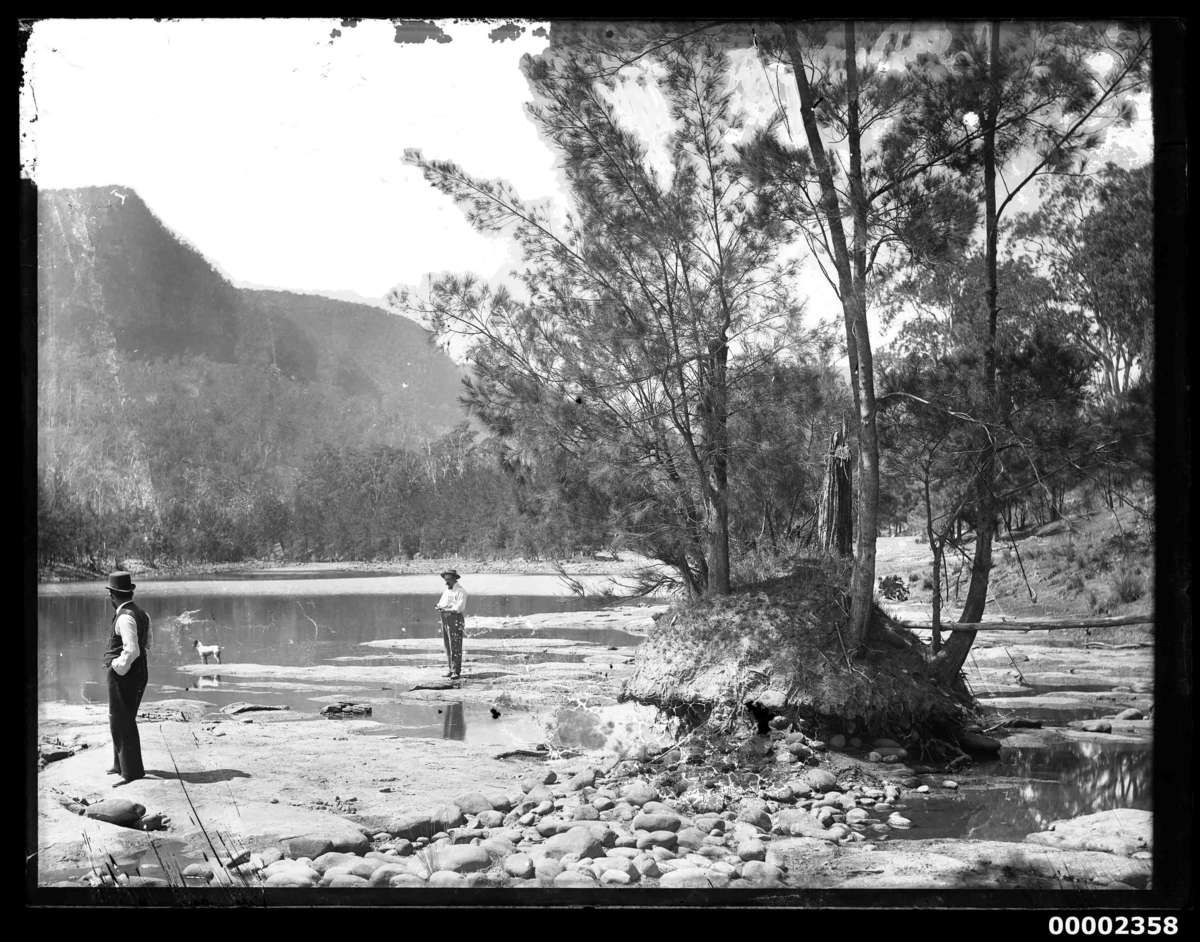 Ever since the museum joined Flickr Commons in 2008, we have gleaned a wealth of invaluable information related to photographic items from the collection. Flickr users have scanned images noticing the tiniest details, such as barely discernible ship names and locations. With their generous help we have been able to attach names to faces, found their stories and retold them with the aid of stunning photography particularly from the Samuel J Hood and William J Hall collections. One such example of the power of the Flickr Commons community was in the investigation of the Hall photographs of the lower Hawkesbury River region taken around 1900. A simple comment left by a Flickr user lead to correspondence with a historical society in an effort to learn more about the photographs. This was followed by a personal quest to explore Hall’s Hawkesbury and imagine what travelling the area may have been like for the man with the glass plate camera. 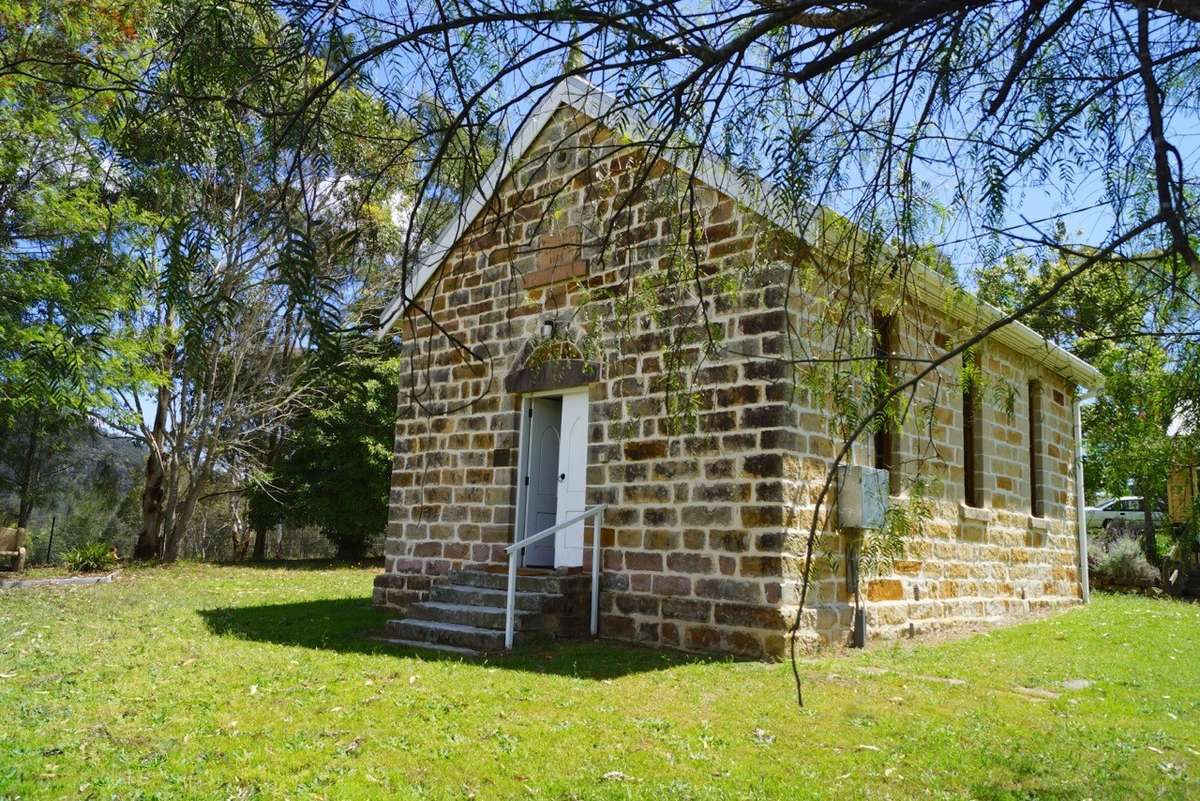 Someone once said a historian needs a good stout pair of walking boots. First stop on my journey of historical exploration was the Wesleyan Chapel at Gunderman where I met Kay Williams from the Dharug and Lower Hawkesbury Historical Society (DLHHS). The heritage listed chapel was completed in 1855 and remained in use for almost a hundred years. Entering the tiny chapel, it’s interesting to imagine what it may have been like attending one of its famous ‘tea parties’. Most parishioners would get to the chapel by boat and often these parties contained more than just a religious service, they featured talks by guest speakers and games for the children. By 1986, the DLHHS was able to purchase the chapel and restore it, and to this day it is still used as a meeting place standing amongst the trees in all its splendour. 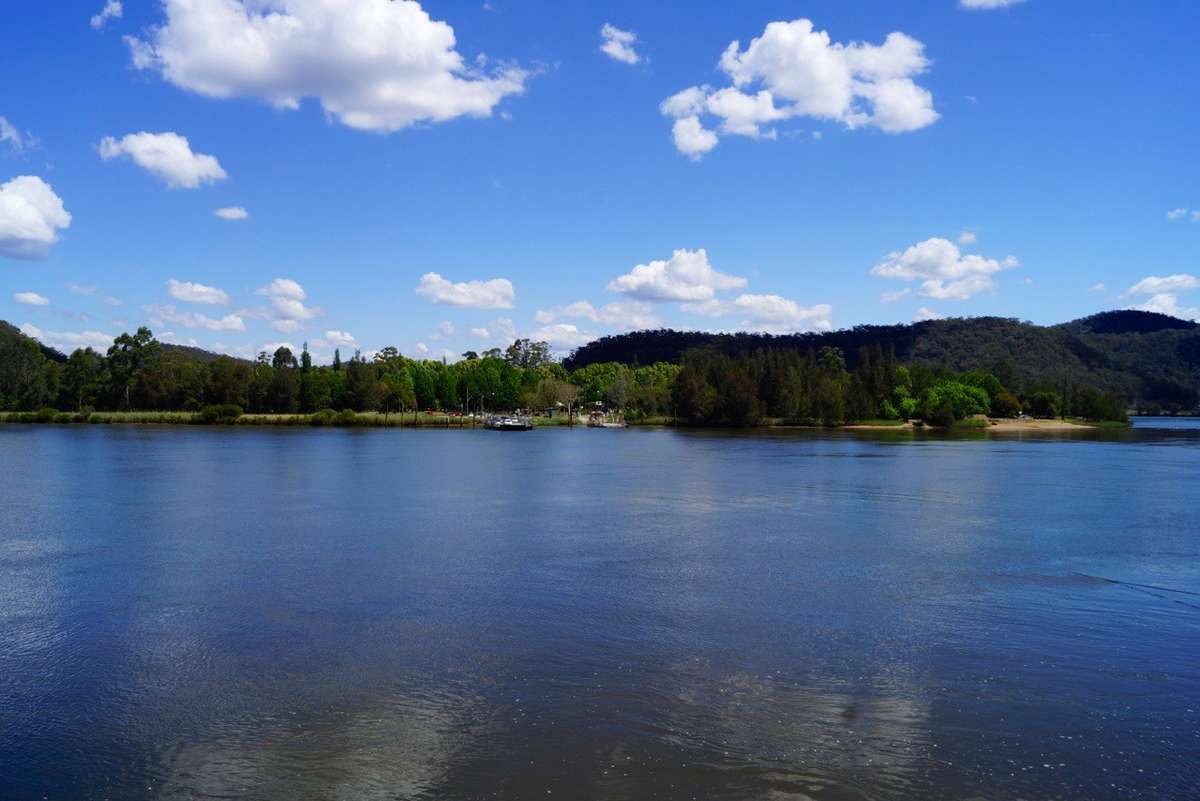 View of Wisemans Ferry from across the punt,
Photograph by Nicole Cama, ANMM

We then travelled the windy Wisemans Ferry Road and made our way to old Cobham Hall (now Solomon Wisemans Inn), built in 1826 by the famous convict and merchant Solomon Wiseman. After stopping at the historic Settlers Arms Inn at St Albans for some Devonshire tea, we ventured to Laughtondale Cemetery to find Wisemans grave and also the grave of First Fleet seaman, Peter Hibbs, who was alleged to have sailed with James Cook on HMB Endeavour. Hibbs died at the ripe old age of 90, and his tombstone has the colourful inscription:

Pass a few swiftly fleeting years
And all that now in bodies live,
Shall quit like me the vale of tears
Their righteous sentence to receive 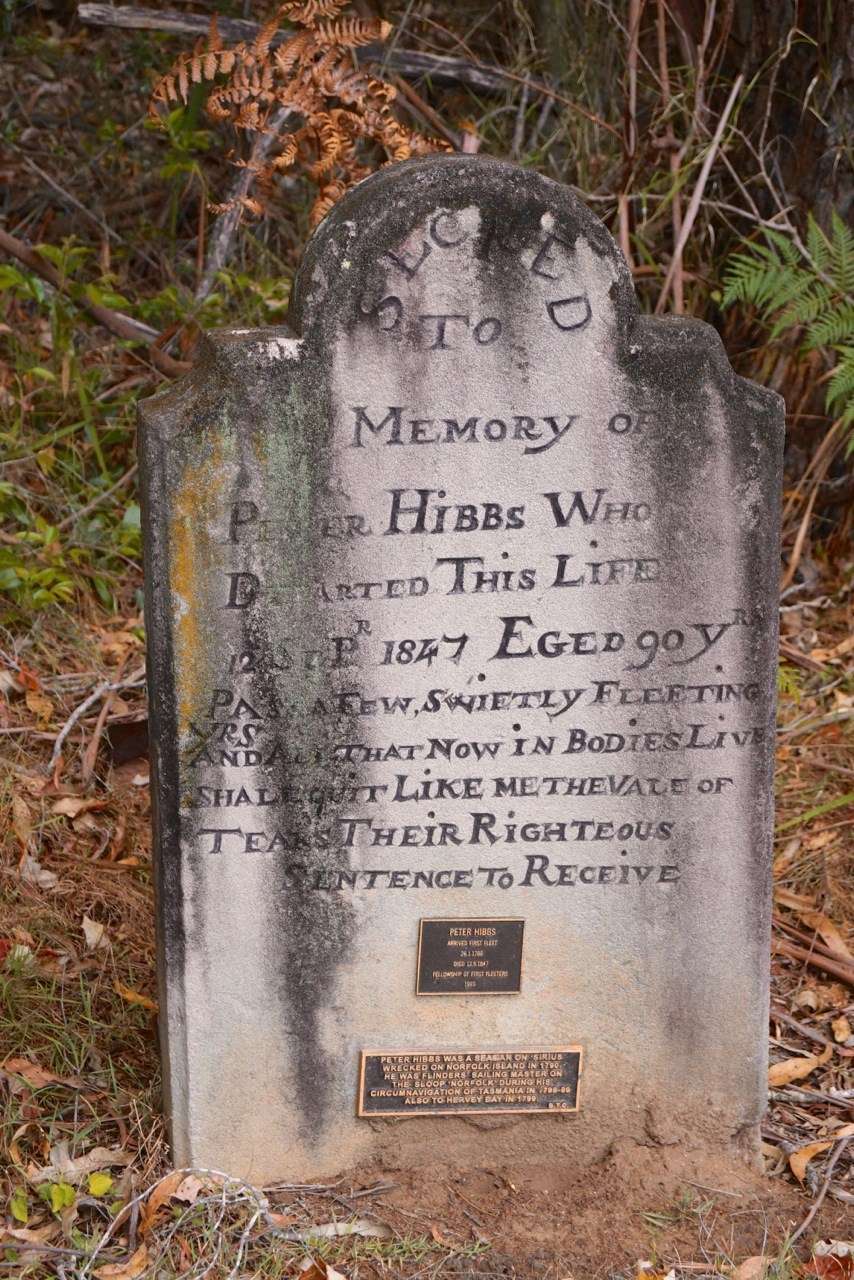 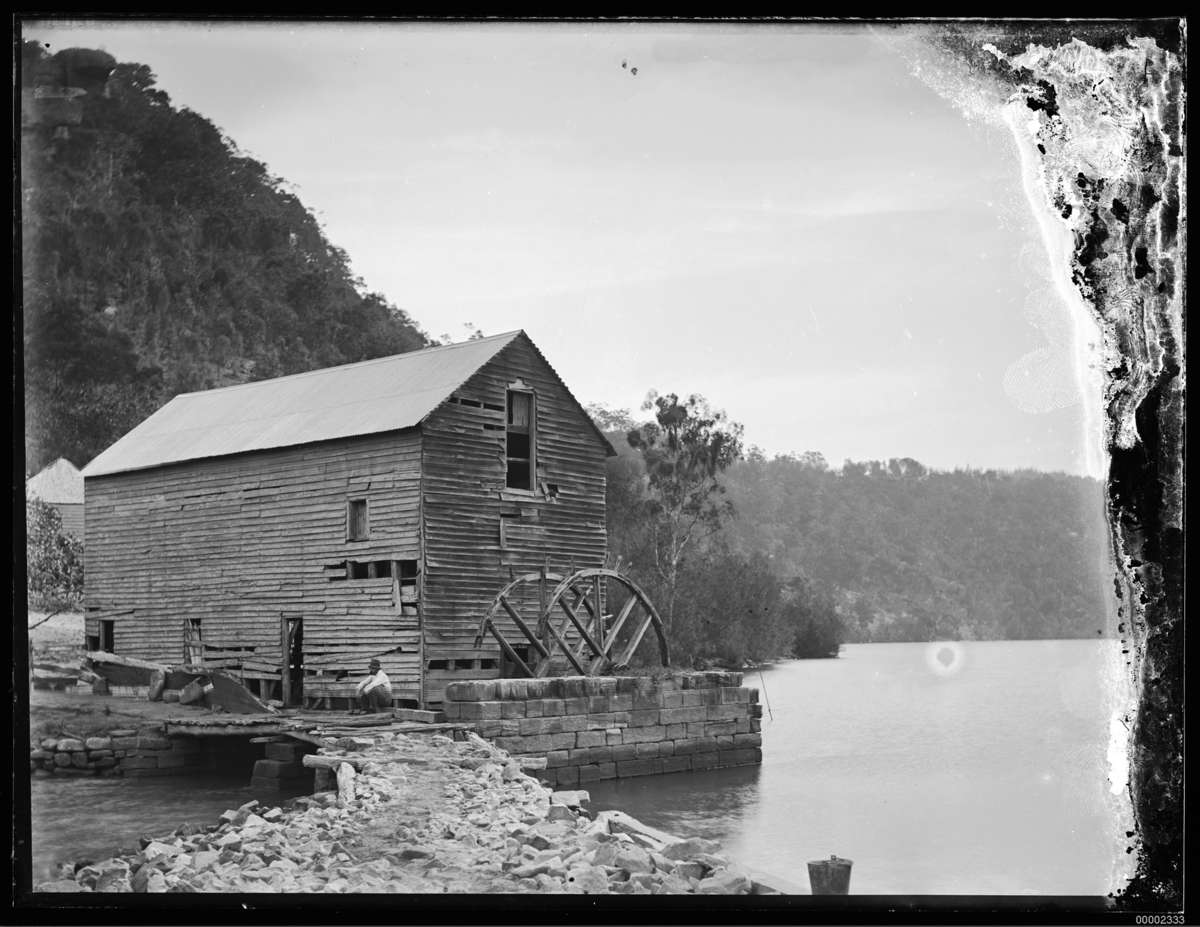 Travelling through the area made me realise how vital the river was – and continues to be – to the community. It was the lifeblood of a valley community that once had few roads cut in the steep Hawkesbury sandstone escarpments that edge the broad river. During the early years of settlement, the rich soils of the area were a major food source for a starving colony. The mills were built to grind grain before it was transported along the river and then down to Sydney. Hall photographed one of them, Singletons Mill, which was sadly destroyed by floods in 1909. Hall’s photographs of the mill are some of the most detailed images to survive the test of time. 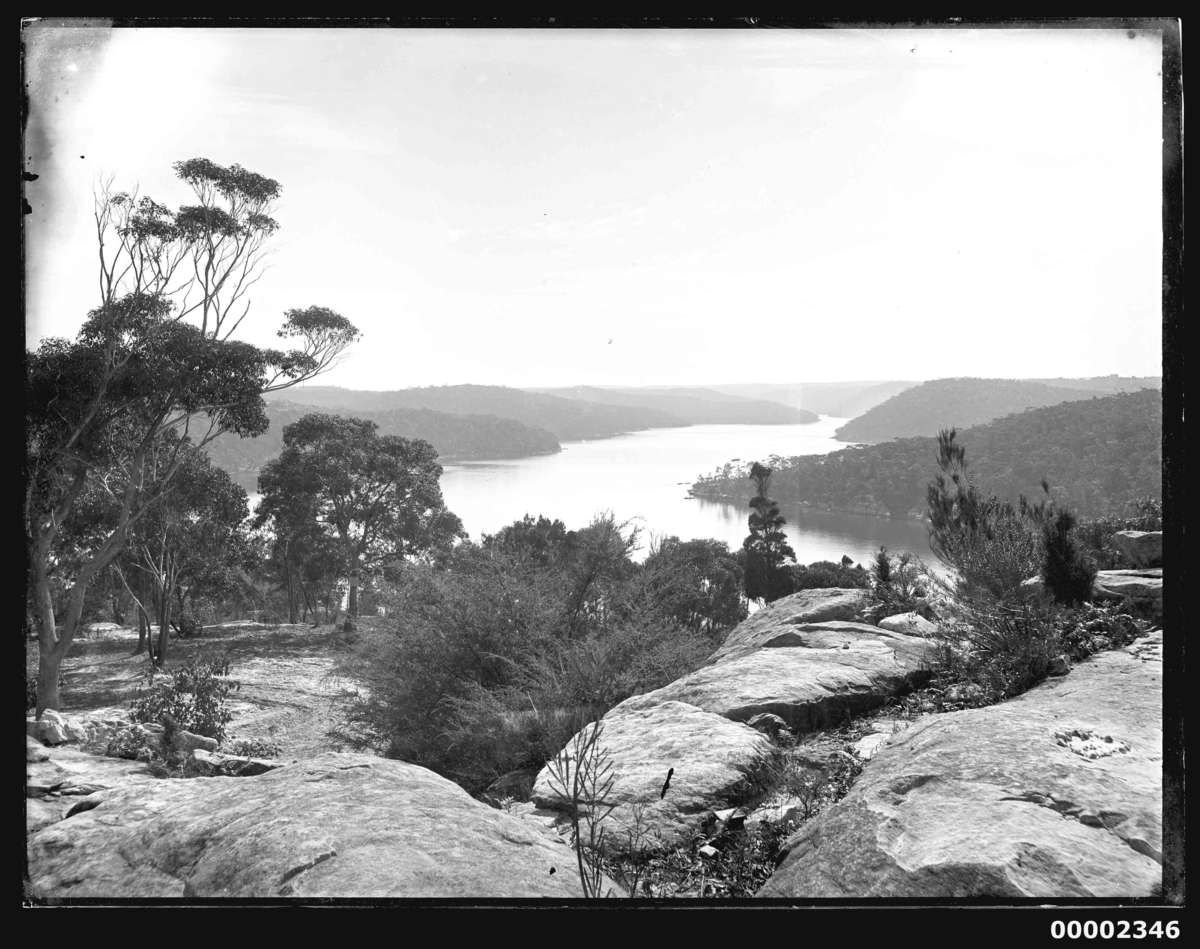 For the congregational gatherings and the merchants who settled in the area looking to make their way in the coastal trade, the river formed an essential part of the social, cultural and economic fabric of the Hawkesbury community. Hall’s photographs represent an era long gone. The mill has been reduced to a few rocks and old colonial mansions have been converted to inns. However, there are a surprising amount of ruins and remnants that people such as Kay Williams rigorously guard and cherish. We still have old Hibbs’ grave, the Wesleyan Chapel has been restored and the stories continue to be told, about how the Hawkesbury opened a gateway for the colony and how the river became the lifeblood of a community. What this has demonstrated to me, is that history is often best understood by getting out of the museum and exploring the very landscapes depicted over a hundred years ago by one of Australia’s earliest photographers, William Hall.

HUGE thank you goes to Kay Williams from the DLHHS for her tireless efforts identifying and researching Hall’s photographs and also for her time taking me around the beautiful area. It was a real treat.