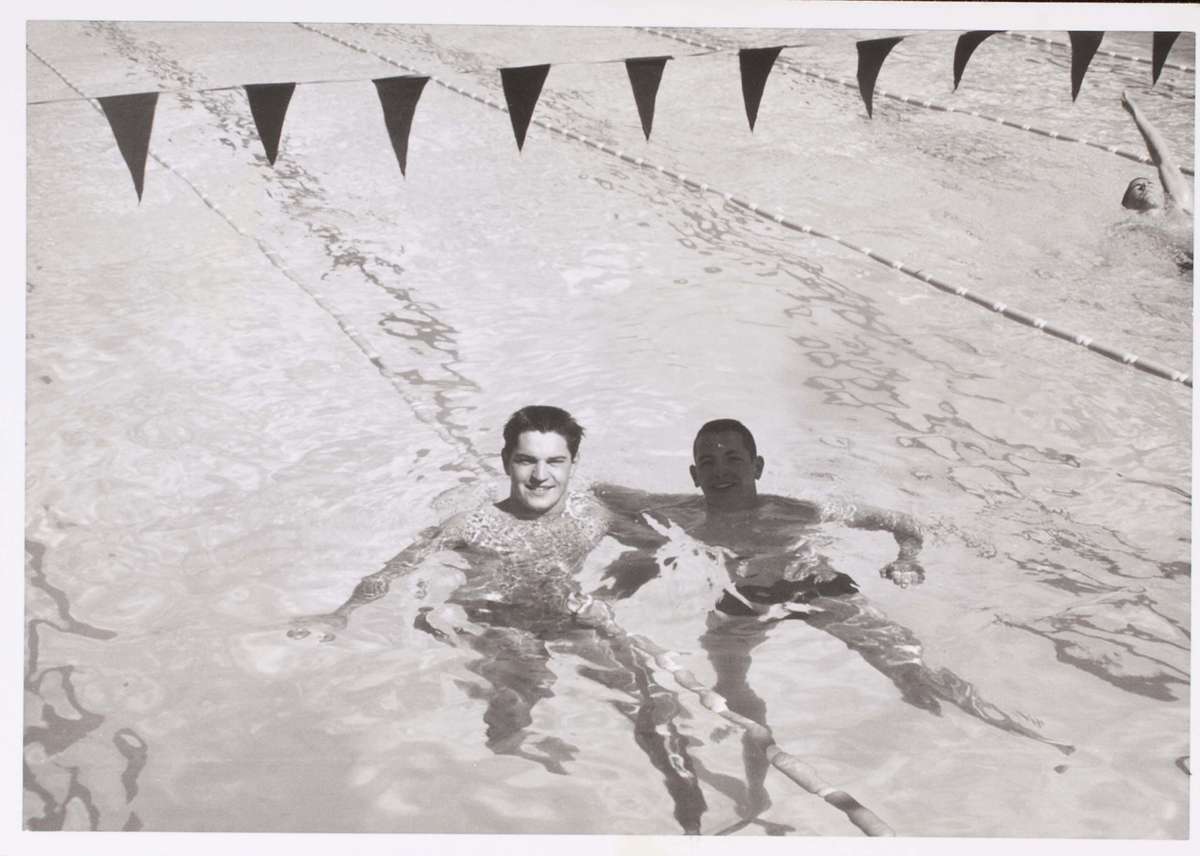 John Konrads and another swimmer in a pool at the US National Championships in Ohio 1963
Photographer: John Konrads
ANMM Collection

All eyes may be on the London 2012 Olympic Games at the moment, but my attention has been caught by what is commonly recognised as the golden years of Australian swimming. Photographs and other swimming memorabilia collected by John Konrads over his swimming career from the late 1950s to early 1960s, are being progressively published online. They not only document the career of an inspirational Australian swimming champion, they also reveal details of life with the Australian Olympic team during the glory days of Murray Rose, Dawn Fraser, Jon Henricks and Linda McGill. 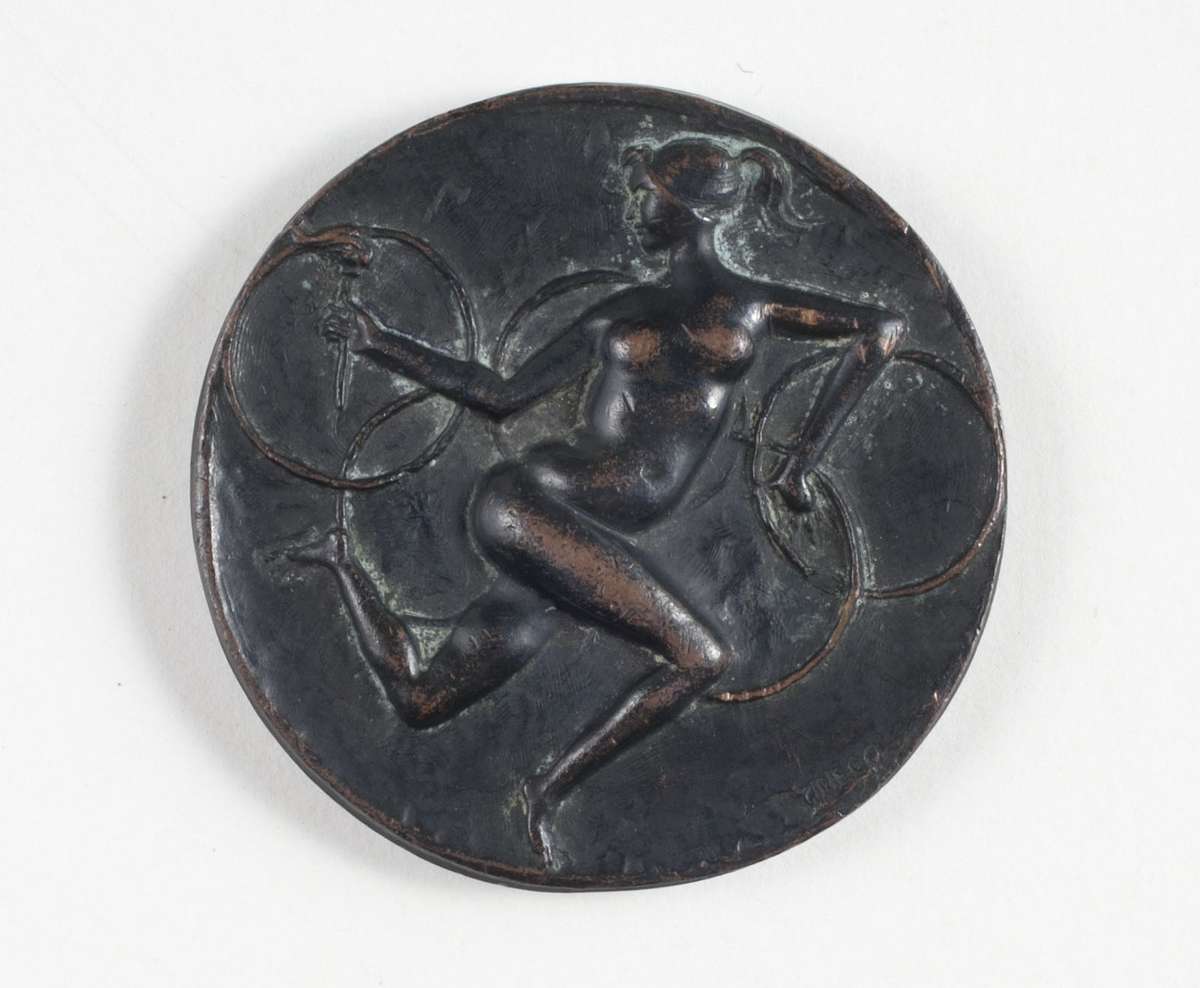 John Konrads (b 1942) was a Latvian immigrant who came to Australia with his family at age seven as a refugee after World War II. He and his sister Ilsa trained together with rising swimming coach Don Talbot. They eventually became teenage swimming sensations and poster children for the Australian Government’s ‘Beautiful Balts’ immigration campaign.

At 14 years of age, Konrads was selected as a reserve for the 1956 Melbourne Olympic Games. Labelled the ‘brilliant schoolboy champion’, newspapers and magazines closely followed the rising talent and his sister. The Australian Women’s Weekly reported that the ‘Konrads’ kids’ were on their way to becoming ‘the greatest swimmers in Australian history’. In 1958 and 1959, John claimed more than twenty world records in six events at distances from 200 to 1500 metres, including both the Australasian championships of 1957 and the Cardiff Empire Games in 1958. At the 1960 Rome Olympic Games he won a gold medal in the 1500 metre freestyle, and bronze medals in both the 400 metre freestyle and the 4×200 metre freestyle relay. 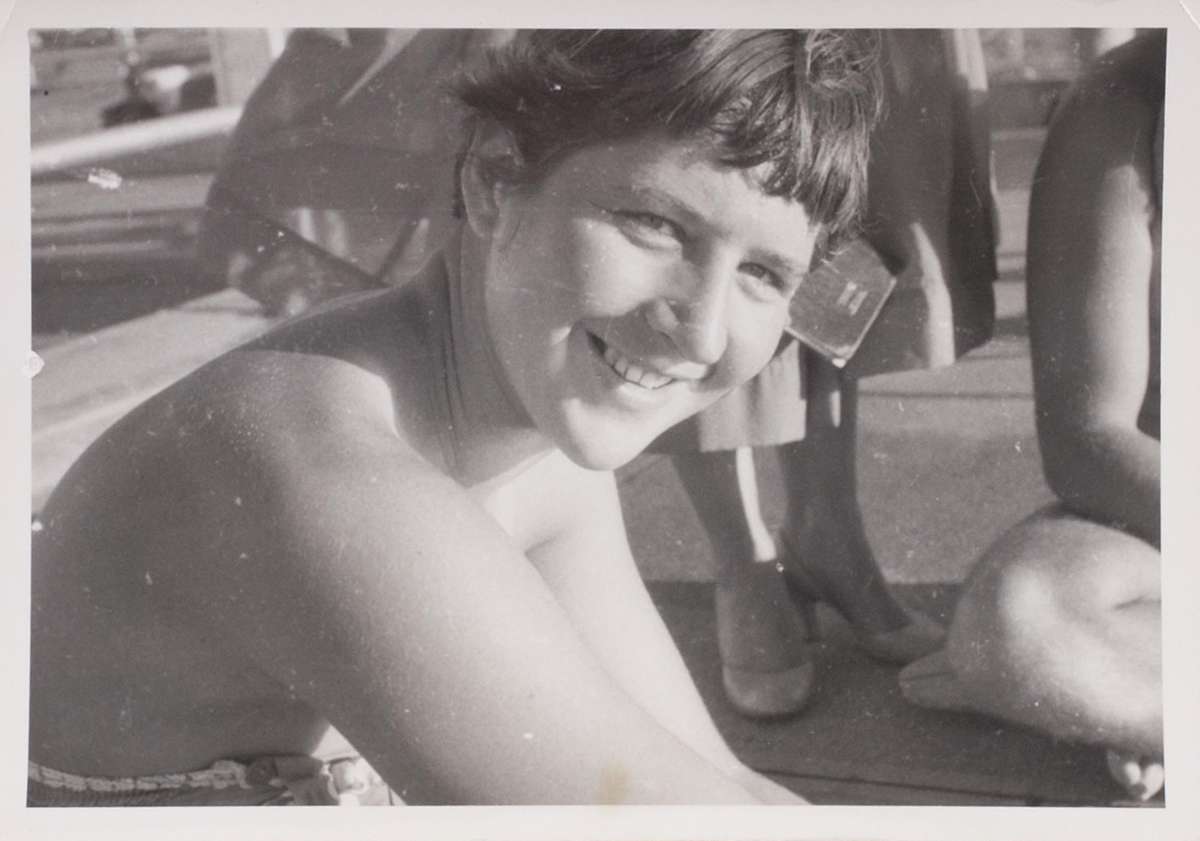 The museum holds a collection of material including personal apparel and clothing, programs, notes, photographs, awards and medals related to Konrads’ competitive career at various NSW, Australian, Commonwealth and Olympic championship events. An early photograph of famous Australian swimming champion Dawn Fraser in Townsville is one highlight. In 1956, the Tobruk Memorial Baths in Townsville, Queensland played host to the Australian swimming squad as a training venue in preparation for the Melbourne Olympic Games. Konrads, along with fellow swimmers, Ilsa Konrads, Lorraine Crapp, Murray Rose, Jon Henricks and John Devitt were some of the many swimmers that trained there. Konrads documented this time, producing numerous photographs of his teammates and swimmers who did not make the final Olympic team. 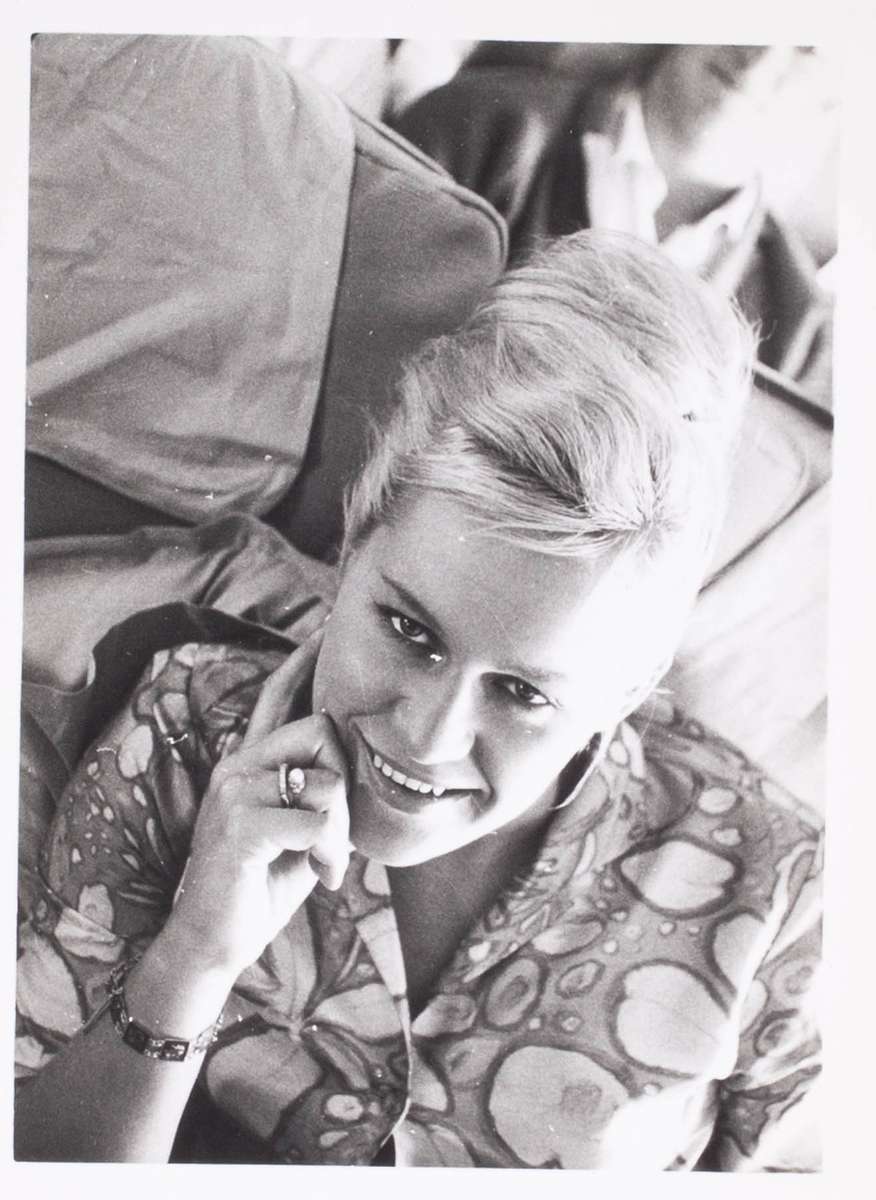 A series of photographs on the flight to and from the 1964 Tokyo Olympic Games provide another fascinating insight to Konrads’ career and teammates. A mischievous looking Linda McGill peers into the camera; she would later be suspended, along with Fraser, from competitive swimming by the Amateur Swimming Union of Australia for defying a ban on attending the opening ceremony. Five months after her suspension, she became the first Australian to swim the English Channel. Ian O’Brien laughs at the camera on the journey back to Australia with a glass of wine and a beer in tow; he had won a gold medal and broke the world record in the 200 metre breaststroke.

Other photographs document Konrads’ time spent as a university student, along with fellow swimming greats Rose and Henricks, in the United States before the Tokyo Olympics. He photographed American Olympic champions such as Mike Troy and fellow college swimmer, Mike Wilkie.

These photographs capture aspects of the Olympics that are often restricted to a select few. Konrads’ intimate portraits of a range of Australian swimmers, many of whom went on to win Olympic medals, offer viewers a behind the scenes glimpse into the team’s preparation and sense of camaraderie. Konrads’ collection reveals something of the excitement surrounding not just Australia’s golden age of swimming, but also the hype surrounding Olympic athletes in general, something that continues to flourish to this day.