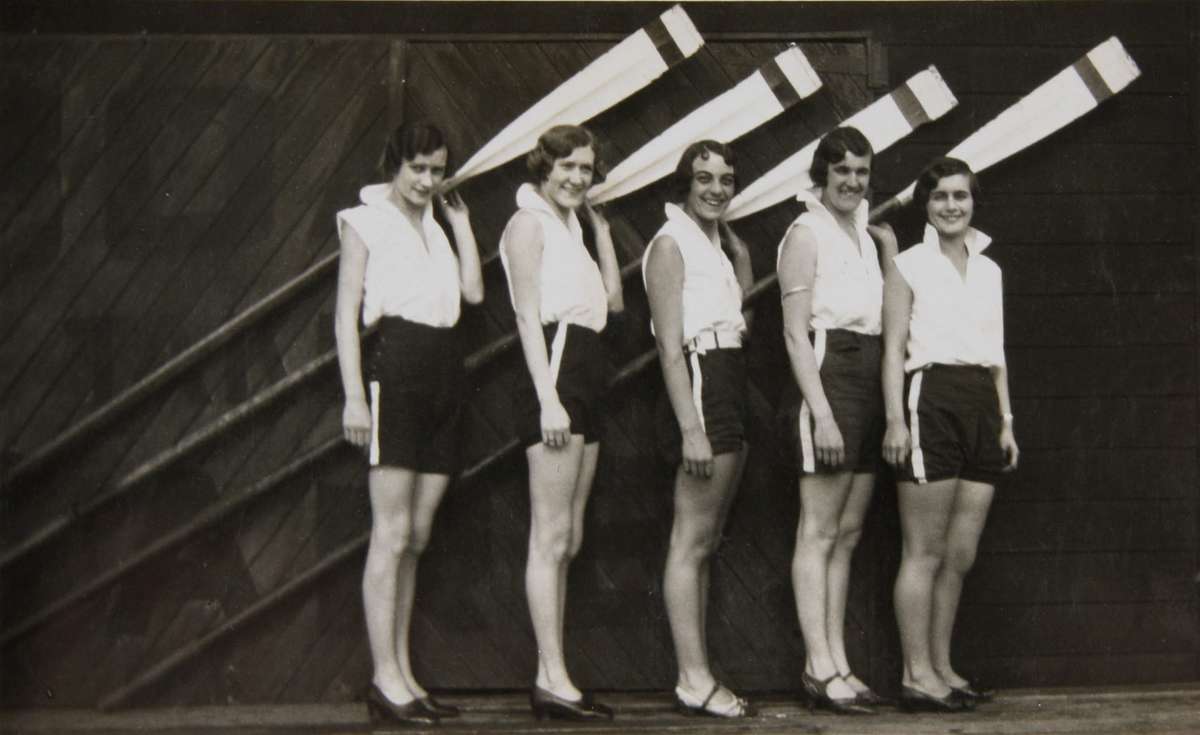 In case you hadn’t yet heard, the Olympics are just about to roll around again. As July comes to a close the Olympics will commence, captivating the world as it showcases the physical heights of human potential and creates history in its wake. Clearly this is an excellent opportunity for museums such as ours to combine a very Australian love of sports with a little history.

As a museum it is our role to collect objects, documents and photographs that have been generated within our culture, by our culture, that hold some significance or are deemed to be representative in some way. As a museum that is themed around Australia’s interactions with water, it is perhaps not surprising that a lot of what has made its way through this selection process and into our collection is related to sport and the achievements of our sporting champions.

Do you remember Susie Maroney’s history-making swim from Mexico to Cuba? We have the box of cigars presented to her by controversial Cuban President Fidel Castro, himself a former swimmer. Do you recall the gold medal winning Oarsome Foursome men’s rowing team? We have Drew Ginn’s rowing suit. How about Olympic gold medal winner Petria Thomas? We have her swimming cap and kickboard. What about world champion sculler William Beach? We have a beer coaster from Dapto Leagues Beach’s Bistro. With his picture on it.

Now that I have impressed you with our Olympic level memorabilia, I can introduce you to these lovely ladies. As the museum collects objects from Olympic medal winners and world champions, we also collect material relating to ‘everyday’ Australians and their love of sport.

These girls are part of the YWCA women’s rowing team, and the photos were taken sometime around the early 1930s, an important period in the evolution of women’s sport in Australia. During this inter-war period more women were joining the workforce and concurrently women’s team sports were gaining popularity and support. This is particularly true of women’s rowing which saw an explosion in the number of amateur associations, organised competitions and an increased coverage of the sport in the press during this time.

The photographs depicted here belonged to Sydney rower Trixie Whaling (née Forest). A photograph album, compiled for her by her teammates and given as a birthday gift, contains beautifully candid images of her and her rowing friends beaming at the camera from their boats. Another scrapbook is bursting with every newspaper article on women’s rowing, on Trixie and her teammates as well as her other sporting achievements in cycling and tennis. Regatta programs, prizewinning ribbons, pennants and badges make up the rest of the collection. This was clearly a woman who was serious about her sport. Trixie was stroke of the YWCA No 1 Lightweight Junior Championship Four in 1930, on number 2 oar in the 1931 YMCA No 1 Lightweight \Senior Fours and participated in the YWCA’s 4th Annual Regatta in 1932. She was also honourary Treasurer of the YWCA from 1932-33.

Trixie kept this memorabilia until her death in 2003 when those in charge of her estate recognised the historical importance of the collection. Luckily for us the items made their way to the Australian National Maritime Museum, and will remain here as part of the story of women’s rowing in Australia and of the sporting achievements of Trixie and her team.

As the Olympics approaches and we look to collecting more items that will record and celebrate the peaks of Australian sporting triumphs – medals, souvenirs, equipment – we will also continue to celebrate collections like Trixie’s that represent Australians participating, following and supporting their sport for the sheer joy of it – no matter what the level.