This white machine-made Valenciennes lace camisole (00046672) was made in the early 1900s and brought to Australia in 1938-39 by the Strauss family, Jewish migrants fleeing Nazi Germany. The camisole features a lace trim and small holes to thread ribbon and adjust sizing. 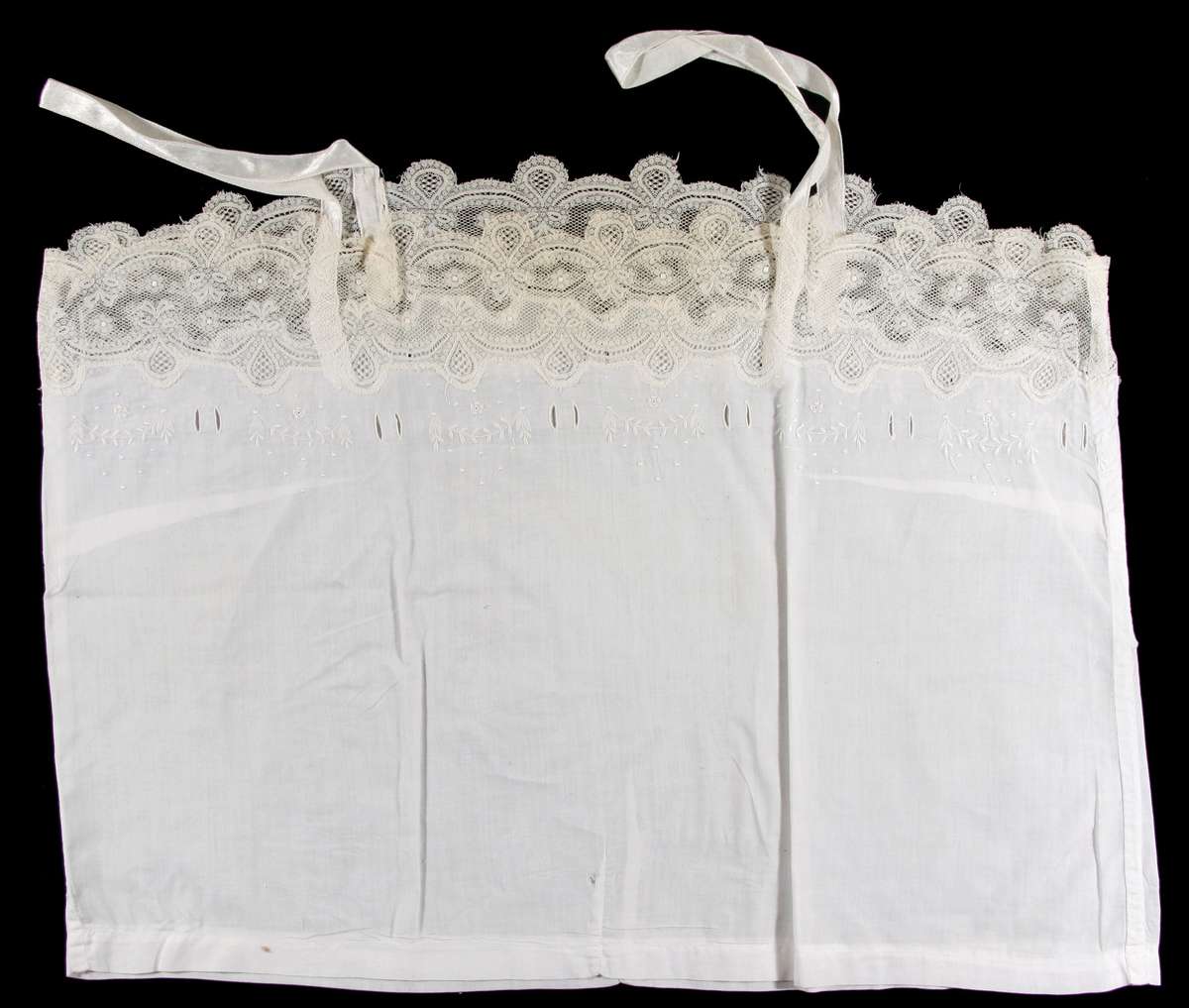 Ilsa Strauss (nee Gimnicher) came from a small town in Lower Rhineland called Krefeld, then the centre of Germany’s silk and velvet industry. Ilsa’s parents were Saloman and Meta Gimnicher (nee Fanny Appel). Saloman Gimnicher was a cloth merchant and operated a business with his brothers, and Fanny Appel trained as an opera singer until she married Saloman.

When Ilsa was born in the aftermath of World War I, Germany was in a state of turmoil, with poor economic conditions, high inflation and political unrest. Ilsa was raised by her grandparents in Frankfurt, while her parents worked. Ilsa’s uncle read Adolf Hitler’s ‘Mein Kampf’ (My Struggle), and promptly moved to Holland. Her father however refused to read it. From 1935 life became increasingly difficult for the Gimnichers – like it was for all Jews living in Germany. In 1935 the Nuremberg laws deprived Jews of their citizenship, forcing Jewish employees to leave the Gimnicher family’s cloth business. Ilsa left school in early 1936, when she was not yet 16, to help with the business.

Ilsa met her future husband Otto Strauss through a Jewish youth group in Germany. Otto, a Bonn University law graduate, was one of the group leaders.  Otto’s parents were Dr Josef Strauss and Roesle Kahn. He had an older sister Karola and older brother Franz, who had also studied law. Unable to practice law when Hitler came into power, the two brothers found work in the silk trade, with Otto attending the textile school in Krefeld, close to the Holland border. From 1937, Otto tried to find a country that would accept his family for migration. Otto managed to obtain an entry permit into Australia as a weaver, leaving Germany in early September 1938 with many of his family’s possessions.

On 10 November 1938, during a coordinated attack on Jews throughout Germany known as Kristallnacht (The Night of Broken Glass), Ilsa’s father and uncle were thrown into prison on trumped-up charges. Otto’s brother Franz was also imprisoned in the Buchenwald concentration camp. With the help of new friends in Australia, Otto was able to bring his mother Roesle, sister Karola and brother Franz to Australia in 1939. Franz arrived in February, while his mother and sister sailed from London three days before the outbreak of World War II. 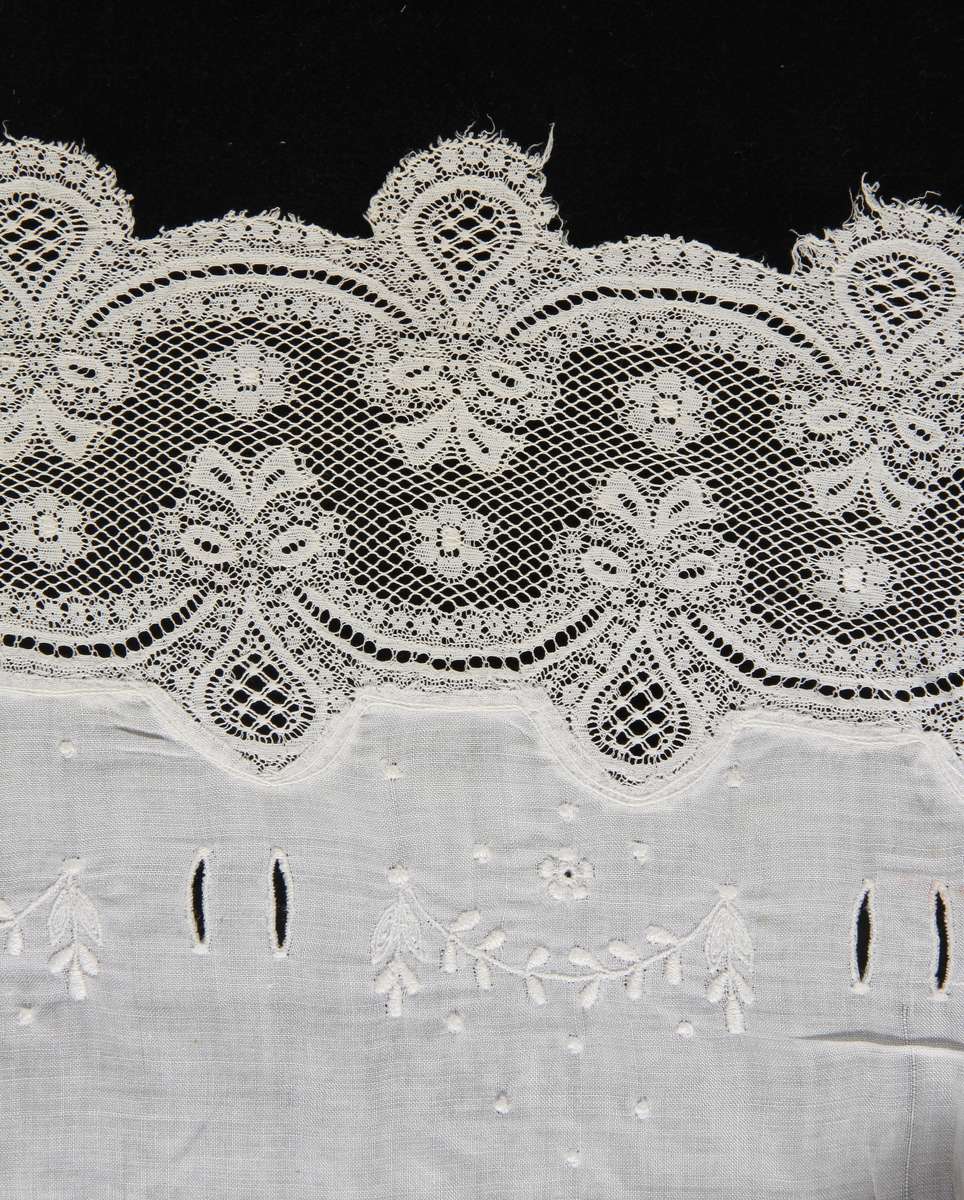 Franz borrowed money to start a farmlet in Garden Street, Kilsyth, at the foot of Victoria’s Dandenong Mountains. Franz ran the farm, while Otto worked as a weaver in a Melbourne factory. Karola lived and worked in Melbourne, and Roesle looked after the home. Their rooms could barely accommodate a bed, chair and small chest of drawers. A small wood-fired oven served as a makeshift stove for the simplest of meals, while a hurricane lamp provided the sole source of light.

In March 1939, Ilsa was granted permission to enter the UK as a domestic helper.  She left behind her parents, 12 year old brother Max Rudi, grandparents, aunts and uncles, all of whom became victims of the Holocaust. Ilsa stayed with friends in London while working as a domestic, before leaving the city to become a domestic at a private boarding school. She worked hard for 10 shillings a week. Half-starved at the school, Ilsa had to be treated for malnutrition. A friend arranged for her to take a new job with the Smith family in London, who treated her like a member of the family.

When World War II was declared, Ilsa was required to register as an enemy alien and was no longer permitted to work in Blackpool. She advertised for work and was offered a job with the Sykes family in Barton. Ilsa continued to correspond with Otto in Australia. In July 1941 a policeman arrived with a small parcel for her, containing a diamond engagement ring from Otto.

During the war Ilsa was drafted to make aircraft parts before being promoted to inspector. She worked from 5am until 8pm. Ilsa finally migrated to Australia in 1947, two years after the end of the war. Ilsa and Otto married in November and moved to Melbourne.

This camisole is significant in telling the story of the Strauss family. It relates to the experiences of Jewish people in Germany prior to the outbreak of World War II, and the tortuous journey many Jewish emigrants were forced to endure in order to flee to safety. Associated with the Strauss family who were involved in the cloth industry in Germany’s ‘Velvet and Silk City’ Krefeld, the neckpiece also has aesthetic and technical significance.