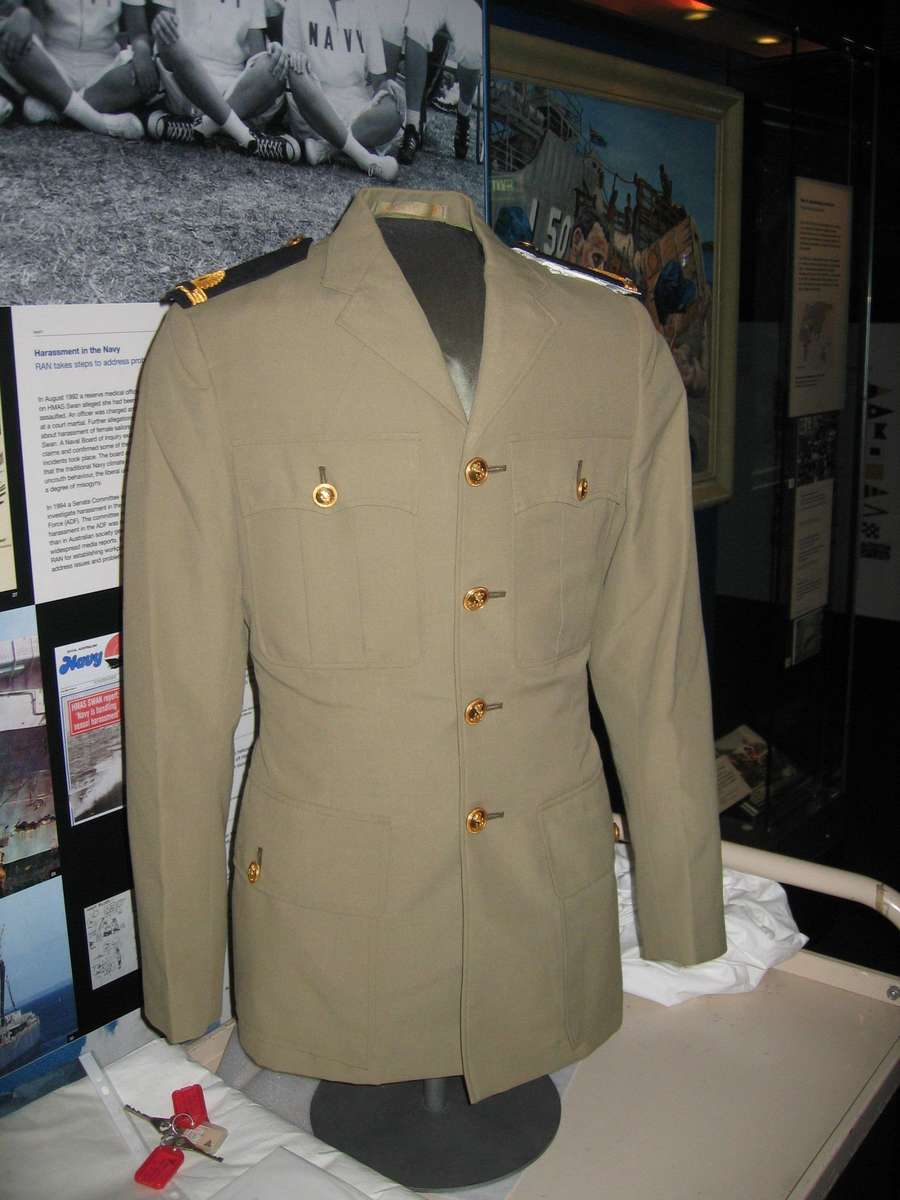 In the coming weeks there will be a new addition to the Navy Gallery – an officers jacket from the Vietnam War period. But this jacket is somewhat unusual. It is not the familiar Naval white or blue, but khaki coloured.

The jacket belonged to Commander Robert James – or ‘Jim’ as he preferred to be called – Varley. Varley joined the RAN in 1953 and by 1963 had been promoted to Lieutenant and graduated with a degree in electrical engineering – just at the time the RAN were beginning to purchase a series of ships with new and more complex electronic systems.

These so-called DDG’s were guided missile destroyers. In the late 1950s the Australian Navy had commenced looking into its first purchase of this capability. Perhaps surprisingly,  considering Australia’s growing involvement with the United States Navy ever since the Great White Fleet visit of 1908, right up to the 1960s the RAN had never purchased any ship design other than British.

It was not without some interest in Naval circles, and yet another sign of the increasingly close political and military relations between Australia and the United States at this time, that the decision was made to purchase Australia’s first non-British designed warship.

From 1962 three modified Charles F. Adams class guided missile destroyers were ordered from the Defoe Shipbuilding Company in the USA. The Perth, Hobart and Brisbane were commissioned between 1965 and 1967. They were designated for Australia as the Perth Class of destroyer and were to serve the RAN well, right up to 2001 when they were finally decommissioned.

All three warships were deployed in the Vietnam War as part of the United States Seventh Fleet, providing air defence and coastal fire support. The Perth and Hobart were awarded decorations for their service by the United States.

In the early 1960s, Lieutenant Varley was among increasing numbers of Australian naval officers being sent to the US for training courses on these new destroyers. Whilst on shore in the US, Australian officers were required to wear United States dress jackets, which were khaki. Like many other officers on arrival in the US, Varley duly purchased his American jacket and proceeded to put his Australian Lieutenant’s insignia on to the jacket shoulders.

Of course the American manufactured jackets did not fit the Australian style of shoulder boards and Varley had to have holes punched in the jacket shoulders for what the American tailor noted on the inside of his coat as ‘big boards’.

Although not an Australian issued article of uniform, Varley’s khaki jacket represents an important shift in Australian Naval policy and armament during the Vietnam War and an interesting example of often forgotten ‘variations’ of Australian uniforms.