Earth’s oceans were home to some of the largest, fiercest and most successful predators ever. While dinosaurs ruled the land, huge prehistoric reptiles, sharks and whales hunted in the depths of the sea.

The Sea Monsters exhibition combines real fossils, gigantic replicas, immersive multimedia and hands-on interactives to reveal these ancient monsters of the deep. What can their fossilised bones tell us about how they lived?  How do they compare to today’s top ocean predators?

Primary Science program focus – Stage 3 (can be adapted for K-2)
Survival and adaptation in prehistoric and present day oceans.
Evolution - from sea to land and back to sea.
Food webs – everyone ate someone
Myth-busting – learning from fossils

Secondary Earth Science focus – Stage 4 & 5
Evaluating the evidence – what can fossils teach us about the behaviour, habitat and reproduction of prehistoric ocean predators?
Fossilisation and anthropology - Examine the relationship between extinct species, imagination and primordial fear. 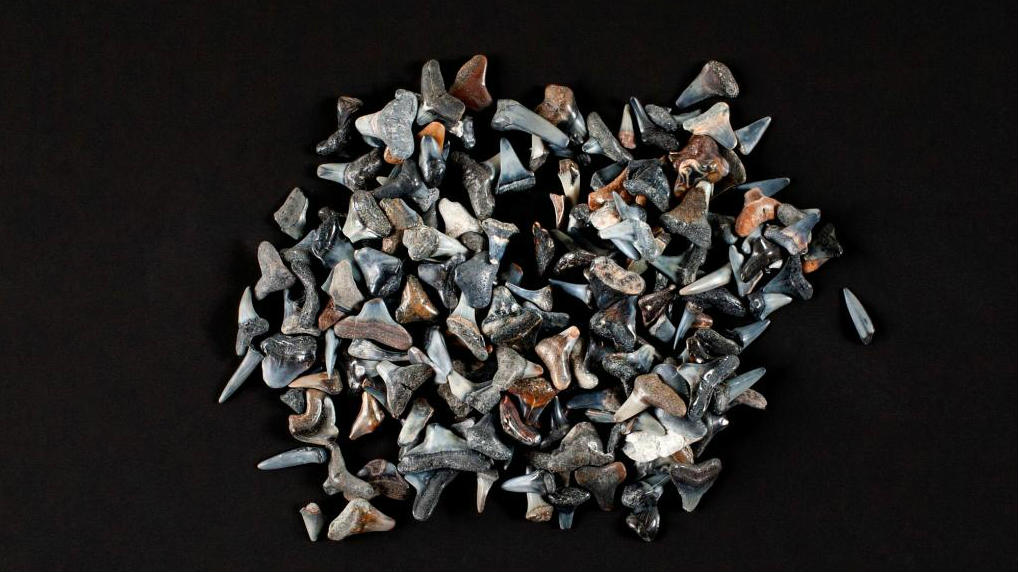 Fast Facts - Fossilised Shark Teeth
Shark skeletons are composed of cartilage instead of bone and the teeth are often the only parts of the shark to survive as fossils. The most common finds are from the Cenozoic Era - 65 million years ago to present.

A tooth becomes a fossil when it is buried in sediment (or other material) soon after being lost from the shark's mouth - the sediment stops exposure to oxygen and harmful bacteria. The general fossilisation process varies but it generally takes 10,000 years (approx) for a tooth to become a true fossil. The colour of a fossilised tooth is determined solely by the colour of sediment it's buried in while fossilising.