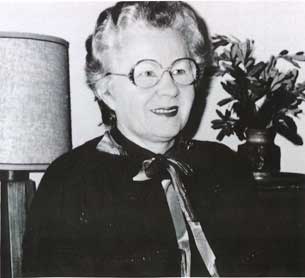 World War II wreaked devastation across many European countries. Between 1947 and 1953, more than 170,000 European displaced people were settled in Australia through the Displaced Persons’ Resettlement Scheme. This agreement between the Australian Government and the International Refugee Organisation (IRO) marked a major shift in Australia’s immigration policy, which had previously prioritised British migrants.

Thirteen-year-old Mall Juske (née Karp) and her family migrated from Estonia to Australia through the displaced persons scheme in 1949. They had lived in a displaced persons camp in Germany for nearly three years. Conditions in the camp were reasonable, with shared accommodation and schooling facilities provided, and food and clothing rations distributed by American troops.

The Karp family heard about the opportunities available in Australia through a family friend who had been living in Sydney since the 1930s, and consequently applied to migrate. Many migrants chose Australia because it was the first country to accept family groups. Hostels were established in various locations across Australia to accommodate assisted migrants.

Did you know assisted migrants had to work for the Australian Government for two years, often in remote areas, in exchange for free passage?

Mall’s parents passed the migrant selection process, which included a fitness test, but Mall was told that she would need prescription glasses before the family could be accepted. After obtaining a pair of glasses from the IRO, Mall and her family travelled from Germany, through Switzerland and on to Italy, before boarding the passenger liner SS Cyrenia at Genoa.

The Karp family arrived in Fremantle, Western Australia, in 1949 on a bright and sunny Sunday. Mall remembers she ‘took a stroll in the town’, saw a wedding celebration at a church as well as ‘all those fruits’, milk bars and shops full of handbags.

The family had with them their treasured possessions: a brooch, a handkerchief, a cigarette case handed down three generations to Mall’s father, and a traditional Estonian skirt made by Mall’s mother. Mall also had her glasses, which held great ‘sentimental’ value to her as they had safeguarded her entry into Australia.

Read more about Mall on our blog