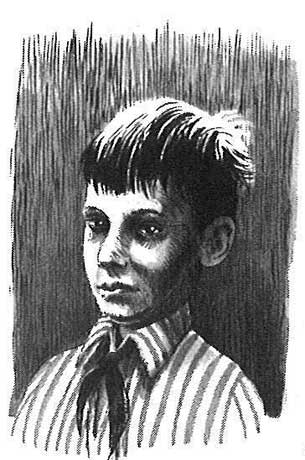 Little is known of Christopher Tomlinson’s life. He was one of many ‘convict juveniles’ who passed through the Barracks system in Sydney in the 1830s. We do know that Christopher was born in the north of England and worked as an errand boy. He was arrested there on 20 October 1830, aged 10, for stealing some shoes. His sentence was seven years.

Extreme poverty was a fact of life for many in 19th century English society. Crime, especially theft, was rampant as people struggled to find a way to survive. The gaols were overflowing as a complex crime and punishment system saw people imprisoned for what we would now regard as petty crimes. This was a time when society was glad to dispose of their criminals by sending them as far away as possible. Transportation to Australia was common, and Christopher’s sentence of seven years was reasonably standard.

Did you know the usual convict sentences were seven or 14 years transportation, or life?

It was not unusual for children to be transported, particularly those between the ages of 11 and 16.

Christopher was transported on the three-masted wooden ship Camden, under the command of Captain William Fulcher. It departed London in March 1831, bound for Port Jackson with 198 male convicts on board. After a voyage of 119 days the vessel arrived safely in Sydney.

Christopher was taken to the Hyde Park Barracks in Macquarie Street, Sydney, where he was kept with the other convicts. After a few months he was transferred to a place with a special program for young convicts called Carter’s Barracks, which stood where Sydney Central Railway Station is today. The administrators of Carter’s Barracks tried to reform the criminals by giving them a strict religious upbringing, basic schooling and teaching them a trade.

Christopher tried to escape the strict environment but was recaptured and given 24 lashes for his trouble. Discipline at the Barracks was harsh and could include floggings or time on the treadmill, which was used to grind grain. Christopher ran away again shortly afterwards with seven other boys, but was once again recaptured and this time received 36 lashes.

In April 1833, while still serving his seven-year sentence, Christopher was arrested for theft. It is not known what happened to Christopher Tomlinson after 1833 but it is likely that he was either assigned to a squatter or farmer outside Sydney, served out his sentence and later raised a family whose descendants still live in Australia – possibly unaware that they have a convict immigrant as an ancestor.