Newly decommissioned Navy Seahawk helicopter Tiger 75 has just been installed at the Australian National Maritime Museum and will be officially launched on 9 October by the Chief of Navy, Vice Admiral Michael Joseph Noonan, AO and sponsors Nova Systems and Lockheed Martin.

The Seahawk will be officially launched into the National Maritime Collection in conjunction with the premiere of the limited-run The Art of Navy exhibition - an intimate exhibit of original photographic works by internationally recognised Australian artist Ralph Kerle, which will be on display in the Museum’s Navy Gallery until the end of October.

“The 19.76 metre long tiger-striped Seahawk joins the Museum’s permanent collection, offering a dramatic renewal opportunity for the Navy Gallery to represent the Navy’s role in civilian rescue operations, and is bound to be a huge hit with aircraft and navy fans of all ages,” comments Kevin Sumption, Australian Maritime Museum Director.

The striking Sikorsky S-70B Seahawk is painted with Tiger stripes to reflect the 816 Squadron Crest, which depicts the head of a Bengal tiger, with the motto, 'Imitate the Action of the Tiger' drawn from William Shakespeare's 'Henry V'. It was a venerable anti-submarine, anti-surface, search and rescue helicopter, which served the Royal Australian Navy honourably from 1988 to 2018.

During this time, the N24-006/875 made multiple deployments to the Middle East and other international trouble spots, notes Sumption: “It was also one of two Seahawks aboard HMAS Newcastle that participated in the search and rescue operation associated with the ill-fated 1998 Sydney-to-Hobart yacht race. 2019 is the 75th anniversary of the Sydney to Hobart and that’s just one of the reasons we felt it should be on display.”

Sponsor Nova Systems, have over 450 staff across Australia including several ex-Royal Australian Navy members who remember with pride their operations, support and maintenance of Seahawk aircraft over the past 25 years. One Nova employee, Steven Hamilton was the Commanding Officer of HMAS Newcastle who operated this S-70B Seahawk from its decks during the 1998/99 infamous Sydney to Hobart rescue operation.

The Lockheed Martin-Sikorsky MH-60R Seahawk has now replaced the S-70B-2 in RAN service and Sponsor Lockheed Martin Australia are proud the legacy lives on, hanging on display in the Museum for the public of Australia.

The Seahawk replaces the older Westland Wessex helicopter, which has been transferred to the Australian War Memorial, most importantly ensuring it remains in a national collection as an integral chapter in Australian Navy history.

The Museum is grateful to the Royal Australian Navy for adding this exciting piece of naval history into the Australian National Maritime Collection. 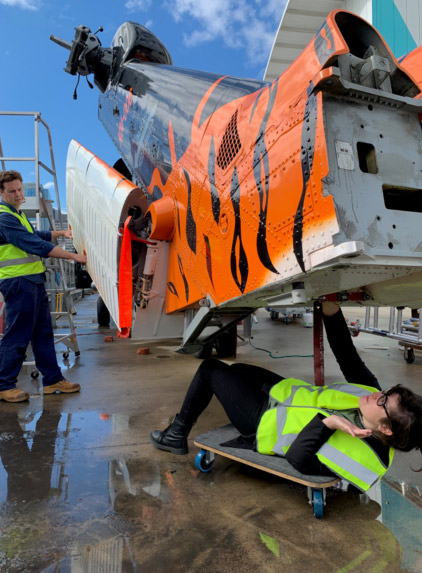 Behind the scenes: Museum Conservation staff Lucilla Ronai and Nick Flood working on the Seahawk in the Museum’s loading dock before it is installed 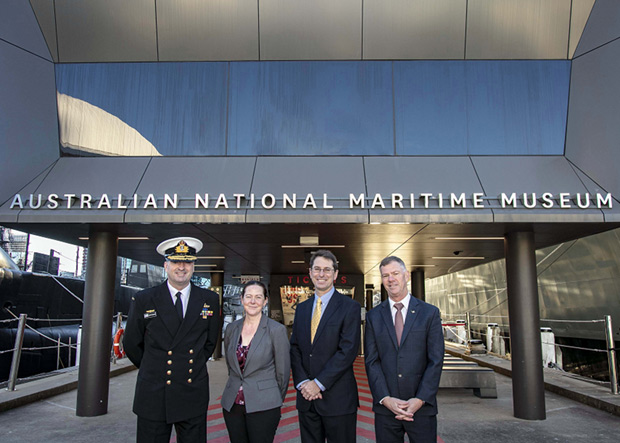 The installation and display of the Seahawk helicopter was proudly sponsored by Australian Company Nova Systems and Lockheed Martin Australia.