On the 25th of August 1994, the Australian South Sea Island (ASSI) Community were formally recognised by the Federal Government as a ‘distinct cultural group’. This recognition had a domino effect and since then state and local governments have followed suit. But why had this group of now over 70,000 Australians been neglected in the cultural and political landscape of Australia until recently? Our story begins in the legacy of Australia’s role in what was in effect a slave trade of people from Pacific Islands brought to Australia – known as ‘blackbirding’.

Blackbirding began illegally in New South Wales in 1847, when entrepreneur Benjamin Boyd kidnapped the first 200 Melanesian men to work alongside Maori and First Nations peoples in effect as slaves in his whaling industries. They were taken from New Caledonia (Lifou Island) and Tanauta (formerly Tanna Island), Vanuatu.

In the mid-19th-century, just as Britain and the USA were abolishing slavery, thousands of South Sea Islanders were tricked, kidnapped or coerced from their homelands. This involved the inhumane removal and mistreatment of mainly men, but some women and children, from their island homes, who were then shipped en masse to Australia. They were recruited as an itinerant labour force to establish the nation’s sugar plantation industries. Later, they were further exploited to build transport infrastructure such as railways and roads and forced to work across fishing and agricultural industries. 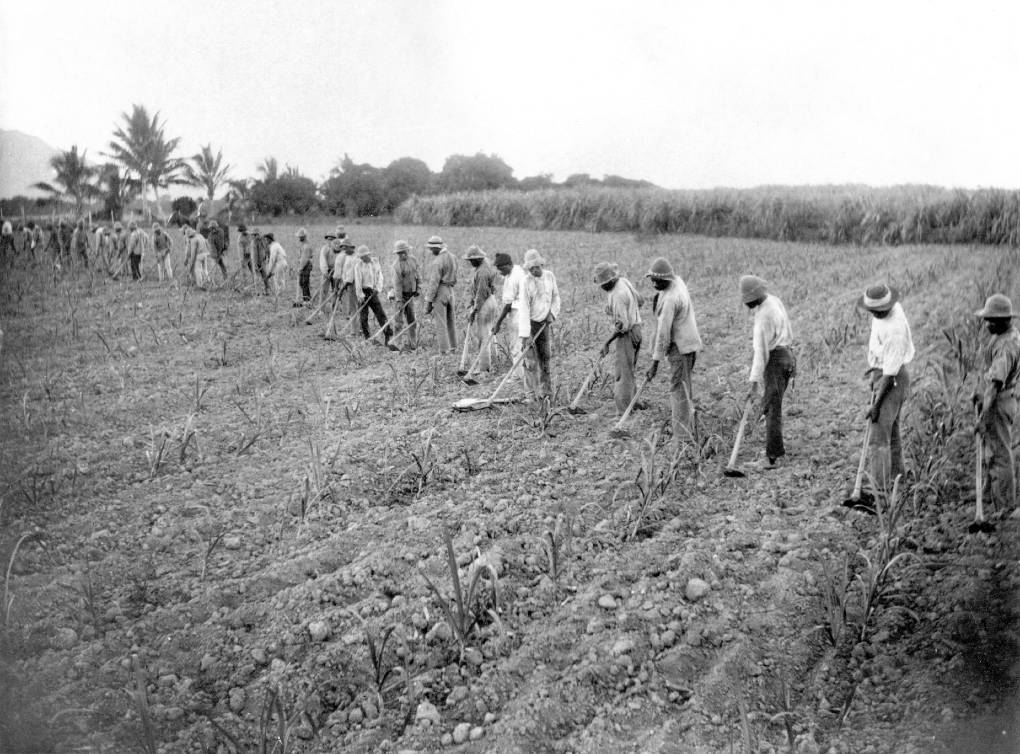 South Sea Islanders hoeing a cane field in the Herbert River regions, Queensland, 1902. Many thousands of such enslaved people died from common diseases during the first months after arrival. Image courtesy State Library of Queensland

Between 1863 and 1908, more than 60,000 men, and some women and children, were taken to Queensland from the 80 islands of Vanuatu and the Solomons, including Papua New Guinea, Kiribati, Tuvalu, New Caledonia and Fiji (Rotuma). Some small islands had their entire male populations stolen, which devastated island culture and economy by breaking up generations of kinship and civil society.

With the introduction of the White Australia Policy in 1901, many ASSI people were returned to their Pacific Islands. However many managed to stay, often establishing relations with Australia’s First Nations peoples as both groups were placed under Aboriginal protection Acts of Parliament in the 1930s and often moved to missions and reserves.

Years of displacement and abandonment by government policy programs and services made it challenging for our communities to assert their identity and reconnect with their heritage. The acts of ASSI recognition over recent years have gone a long way to assist in this. 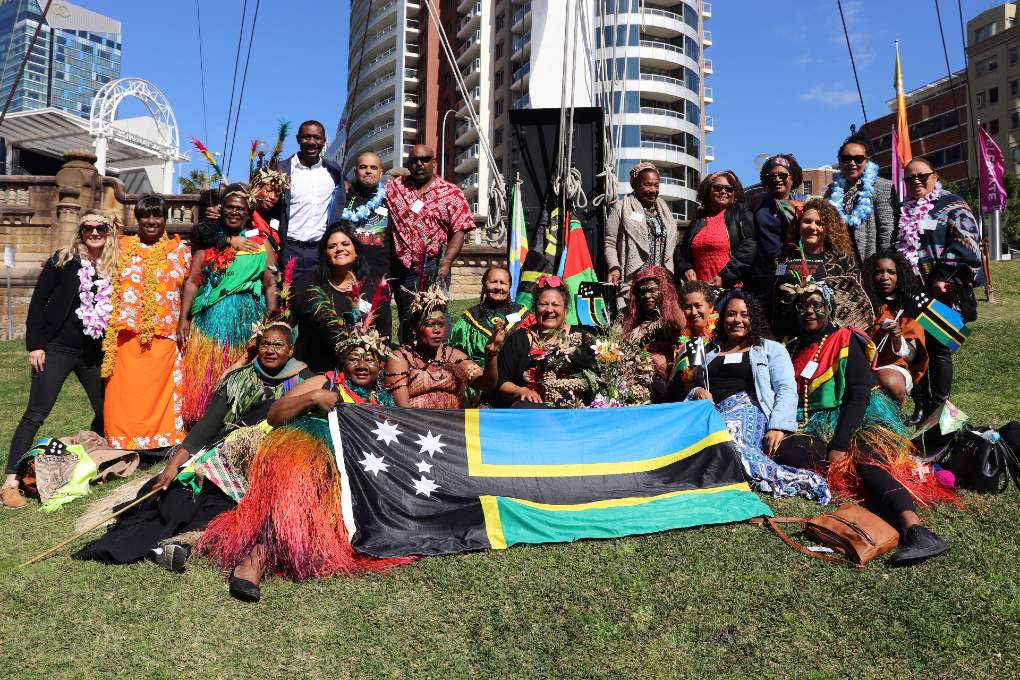 The official Australian South Sea Islander flag was initially designed in consultation with the ASSI community and executive of the then Australian South Sea Islanders United Council (ASSIUC) in 1994. The flag was formally adopted in 1998 by ASSIUC.  The need was recognised for a flag that would stand with distinction alongside other flags and represent the ASSI community.

The flag complements the national Australian flag in size and representation. It incorporates colours that resonate with people whose forebears were taken from the 83 islands of Vanuatu – represented through the colours green, gold and black. One third of blackbirding trade people were taken from the Solomon Islands which is represented with blue, white and green. The overall flag is inclusive other parts of the South Pacific affected by blackbirding – all connected through the ocean blue and white stars. 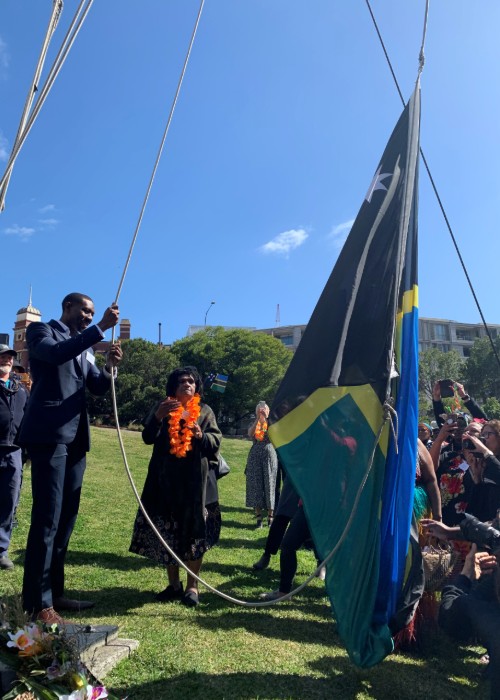 The black column next to the flag pole represents people standing strong in community and surviving despite the hardships and injustices of the past. The horizontal black band stands for ASSI people continuing in the future. Bright blue recalls ASSI origins from the South Pacific, the sea and the sky and the brilliant green is for the land and especially islander peoples' contribution to agriculture (including sugar cane) as well as hope for the future and next generations.

Deep gold represents the sunshine and the sand of original island homes and that of ASSI peoples' homeland now, Australia. The Southern Cross reminds people of their home in the South Pacific, and emphasises that ASSI people are also Australians.

In this COVID year, plans for community festivals and flag raising ceremonies have been put on hold, but today the ASSI flag will be flown at the museum – signifying the museum’s commitment to recognising the ASSI community and to tell the stories of blackbirding and ASSI resilience.

About the author: (Waskam) Emelda Davis is a second-generation Australian South Sea Islander who has worked for federal, state, community and grassroots organisations in Australia. As chairwoman of the Australian South Sea Islanders, Port Jackson (ASSIPJ) since 2009, her leadership role has revived the focus on the call for recognition for the descendants of Australia’s blackbirding trade.

View all posts by ANMM Guest→
Posted in: Indigenous
↑