Two decades before Greece gained independence from the Ottoman Empire, British diplomat Lord Elgin removed a collection of marble sculptures from the Parthenon in Athens. To mark this year’s bicentenary of the start of the Greek War of Independence in 1821, we relate the story of a tireless campaigner for the restitution of the Parthenon Marbles from Britain to Greece.

'My migration story is slightly different to others’, notes 87-year-old Emanuel John Comino AM. ‘I was born in Queensland and was taken to [the Greek island of] Kythera as an infant. When I returned to Australia as a young teenager, I could not speak English and essentially had no education’. Emanuel has spent the last 44 years travelling around Australia and the world, presenting lectures and advocating for the repatriation of the Parthenon Marbles to Greece, following their removal by Lord Elgin, British ambassador to the Ottoman Empire, at the beginning of the 19th century. Emanuel says:

I will fight on as long as I live, until England promises to send the marbles back to Greece. I will continue to work for their restitution until the day I die. They were, and remain, an integral part of the Parthenon, as a monument to the glory of Classical Greece and the civilisation it gave to the world.

Emanuel’s story begins with the emigration of his parents, John Peter Comino (1899–1978) and Sophia Venery (1906–1936), from Greece in the early 1900s. John Comino arrived in Sydney in 1912 as a 12-year-old unaccompanied minor on the Orient liner Omrah. A policeman found John crying at Circular Quay and placed him in temporary accommodation until he was sent to live with relatives in Rockhampton, Queensland. 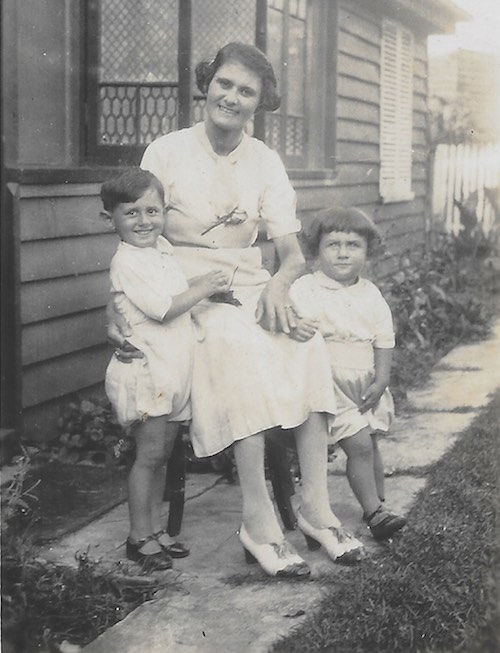 In 1931, John married Sophia Venery (who emigrated from Greece in 1924) and the couple had two sons, Peter (1932–2006) and Emanuel (born 1933). John and Sophia ran a successful restaurant in the coastal town of Yeppoon in central Queensland, until Sophia sadly died from an illness in 1936, aged just 30.

John, who was now widowed with two toddlers, decided to return to Greece temporarily. John and his two sons lived with family in Athens until 1939, when they relocated to Kythera – one of the seven main Ionian Islands – as World War II was declared in Europe. Without a permanent home on Kythera, John relied on the support of his family and friends, moving his sons from house to house in the villages of Potamos, Perlegianika, Firoi and Drimonas, as the island was occupied by German and Italian forces. At times, brothers Peter and Emanuel were separated from each other and their father for several months to ensure their safety. Emanuel remembers:

These were tough years and like most children of our generation, we had little education. Our schooling at Logothetianika [one of the oldest villages on the island] was basic and short-lived, but somehow we were placed in the high school in Hora [the island’s capital]. This led to me experiencing one of the most important events to happen in Kythera – being on the beach when the Allied troops landed in Kapsali in September 1944 [leading to the liberation of Greece from Nazi occupation].

In 1946, John remarried and made plans for his family to return to Australia. John, Peter and Emanuel departed Greece for Egypt, embarking from Port Said on the Royal Mail liner Asturias on 30 May 1947. They arrived in Sydney on 23 June 1947 and travelled onwards to Rockhampton, and then Gympie, in Queensland. John’s new wife Potitsa followed three months later. 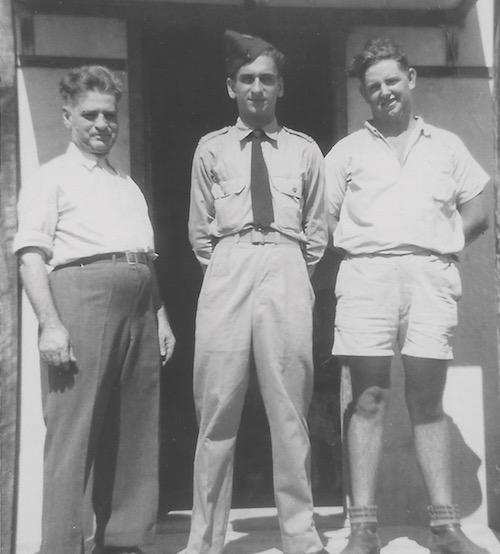 By this time, Emanuel says, ‘I was 14 years old, with no English, going to a small outback school. Of course, my formal education here was short and within a few months, it ended. I was sent to Rockhampton to work in various cafés, principally owned by fellow Kytherians.’ By 1949, John had saved enough money to buy a café in the nearby rural town of Wowan. Emanuel worked in his father’s café until 1952, when he was called up for National Service in the Royal Australian Air Force (RAAF) in Townsville. Emanuel remembers:

At the age of 18, without any formal education, the RAAF presented me with the opportunities to learn and thrive. I trained as a military photographer, flying in Lincoln bombers at the time of the Korean War [1950–1953]. These were good years for me. My Aussie roommates helped me to improve my English and I learned to box and play football. I entertained my mates with my violin and clarinet and became a good dancer. I owe a lot to these mates, who I keep in touch with to this day.

Emanuel’s service in the RAAF also encouraged him to reconnect with his Greek heritage. As he explains:

During this time, I was introduced to a British Air Commodore who recognised my name as Greek. He told me tales of courageous, intellectual, brave Greeks throughout history. ‘You should be proud of your Greek heritage’, he told me. He even told my mates that they should be proud to have a Greek serving beside them. This encounter was the awakening of my love for everything Greek and made me want to learn more about my Greek heritage.

When Emanuel’s National Service ended in September 1952, he signed up for the RAAF Reserve for a further seven years. In September 1956, Emanuel met Matina Masselos, who lived in the suburb of Hurstville in Sydney’s south. Emanuel recalls it was love at first sight; by 1960 he relocated to Sydney and married Matina. The couple had two sons, John and Greg, and purchased a milk bar in the western Sydney suburb of Guildford. 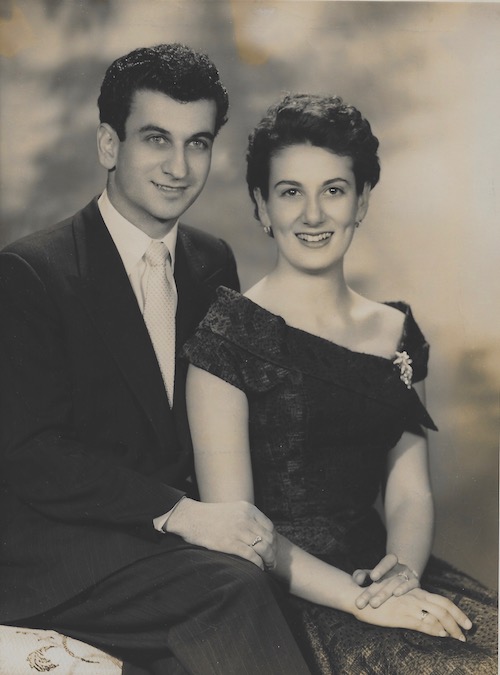 Emanuel Comino and Matina Masselos at their engagement, Sydney, c 1956

Emanuel and Matina worked seven days a week in the milk bar, and their two sons grew up in the shop, as was the case in so many hardworking Greek immigrant families at the time. Emanuel later moved into the insurance industry, firstly life and then general insurance. In the mid-1960s, he decided to sell the milk bar to focus on the insurance business, which continues to operate today under the management of sons John and Greg. Emanuel still maintains strong professional and personal relationships with many of his early clients from the Greek community.

Between the 1950s and 1970s, emigration from Greece reached its peak in the aftermath of the Second World War, and tens of thousands of Greek immigrants settled in Sydney. Emanuel and Matina became involved with the Kytherian Association of Australia, which was established in 1922 to promote Kytherian culture and preserve the diaspora’s links with the small island located off the southern coast of the Peloponnese. Today it is estimated that the tight-knit Kytherian community in Sydney numbers about 50,000, while Australia remains home to one of the world’s largest Greek communities outside of Greece.

Emanuel has passionately supported Sydney’s Greek community through his involvement as a foundation member of the Pan-Hellenic Soccer Club (now Sydney Olympic Football Club); president and secretary of the Greek Orthodox Church of Kogarah; community liaison officer in the Kogarah police district; member of the Southern Sydney Health Services Board overseeing St George, Sutherland and Canterbury hospitals; and president of the Australasian Hellenic Educational Progressive Association (AHEPA), a non-profit organisation that fosters Australian and Greek relations by raising awareness of Hellenic language and culture. AHEPA is the largest Hellenic association in the world, with chapters in Australia, New Zealand, the United States, Canada, Cyprus and Greece. 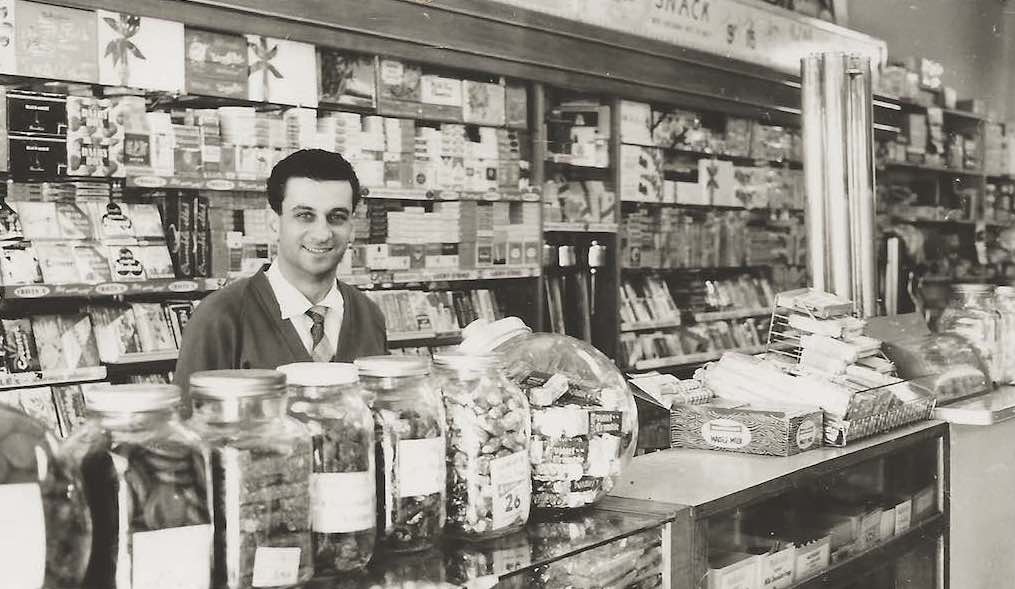 Emanuel Comino behind the counter of his milk bar in Guildford, Sydney, 1960s

During their visits to European museums in the 1970s, Emanuel and Matina became horrified by what they saw as the looting of Greek antiquities, including the Classical Greek marble sculptures that were removed from the Parthenon (the Temple of Athena) on the Acropolis in Athens between 1801 and 1812 and taken to Britain. This inspired Emanuel’s odyssey to educate the world about the plundering of Classical antiquities, particularly the Parthenon Marbles, which Emanuel describes as ‘our pride, our sacrifices, a noble symbol of excellence. They are a tribute to the democratic philosophy. They are the essence of Hellenism’.

A highlight of Emanuel’s campaign was being invited to speak about the case for the restitution of the marbles at The Hague in the Netherlands in 2003. Emanuel is currently the vice chairman of the International Association for the Reunification of the Parthenon Sculptures, as well as the founder and chairman of the International Organising Committee – Australia – for the Restitution of the Parthenon Sculptures. Today the marbles remain on display in London in the purpose-built Duveen Gallery at the British Museum.

I am now 87 years old and blessed with a loving wife of 64 years, two sons, six grandchildren and a beautiful great-granddaughter. Despite the hardships of the premature death of my mother, living through the war in Greece and not having a formal education, Australia has provided me with so many opportunities. I will be forever grateful.

The author wishes to thank Katina Comino and the Kytherian Association of Australia for their assistance with this article.

A Welcome Wall inscription is a great gift idea to honour your family’s journey to Australia. For more information go Welcome Wall or call Adam Sherar on (02) 8241 8309.