Looking out across the modern-day shores of Tumbalong/Darling Harbour from the Australian National Maritime Museum, I can’t help but contemplate what untold and hidden histories lie here on the adjacent Gadigal Country. Extreme changes and profound upheaval followed the arrival on 29 April 1770 of Lieutenant James Cook and the crew of Endeavour on neighbouring Gweagal Country at Kamay/Botany Bay.

The subsequent brutal waves of colonisation across the country had a devastating and long-lasting effect on generations of Aboriginal and Torres Strait Islander people and their homelands and waterways. Despite this, the opposition, defiance and resilience of Indigenous Australians have persisted. Their ongoing resistance was captured throughout their own communities via oral stories and by the colonisers in written histories and visual artworks. Artists, black and white, depicted encounters, stories and good and bad experiences, with artists today utilising them to piece together or expose a visual narrative to inform and engage in the history of this country.

We defy:
By existing;
By determining our identity;
By asserting our histories; our culture; our language;
By telling our stories,
our way;
By being one of the oldest continuous living cultures in the world.

Defying Empire: 3rd National Indigenous Art Triennial is one of many events in 2020 designed to mark the 250th anniversary of Cook’s landing, and the ongoing resistance and defiance by Aboriginal and Torres Strait Islander people against the British Empire since first contact until today. Instead – in a similar way to the first pandemic that Aboriginal people experienced back then – a new introduced disease caused chaos that killed, disrupted and divided communities. It also prevented a national celebration of Britain’s assertion of terra nullius. 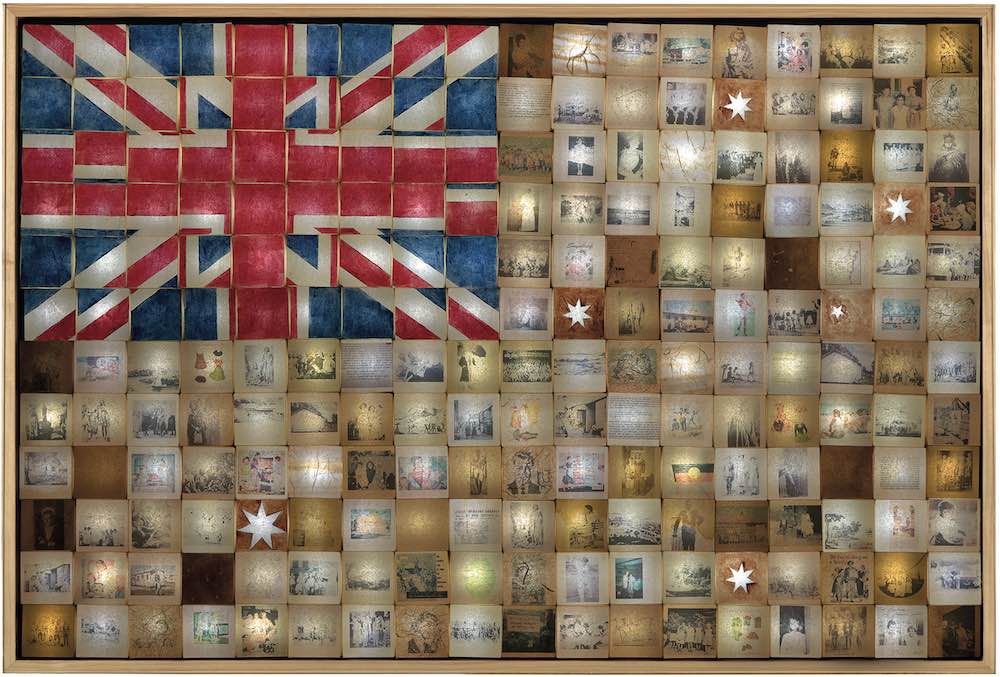 When the exhibition first opened in Kamberri/Canberra on Ngunnawal and Ngambri Country on 26 May 2017, one day shy of the 50th anniversary of the 1967 Referendum, it featured works by 30 Indigenous artists from across Australia, both established and emerging practitioners, from urban, regional and remote areas. Each work commemorated key moments in history through stunning, revealing and sometimes challenging art. The exhibition also repositioned and challenged notions of who we are as Indigenous peoples today by reclaiming and celebrating our identity, the very concept that marked us for categorisation, regulation and restriction under colonial, state and territory laws.

The 1967 Referendum was a decisive turning point in the lives of Aboriginal and Torres Strait Islander people. Upon Federation on 1 January 1901, Indigenous people were, unbelievably, denied the basic right to be recognised as citizens of this country, their own Country. In the referendum, an overwhelming 90.77 per cent of Australians voted ‘yes’ for key changes to the constitution, unifying the nation in a way unprecedented on any other issue. The ‘yes’ vote enabled Aboriginal and Torres Strait Islander people to be fully counted as citizens in the census for the first time, which also meant, in theory, that they were officially ruled by the same laws as all other Australians. To Indigenous people, this significant event was to be life changing. For 13 of the artists, born before the referendum, and for the 17 born after, the personal and generational effects still resonate with them today. 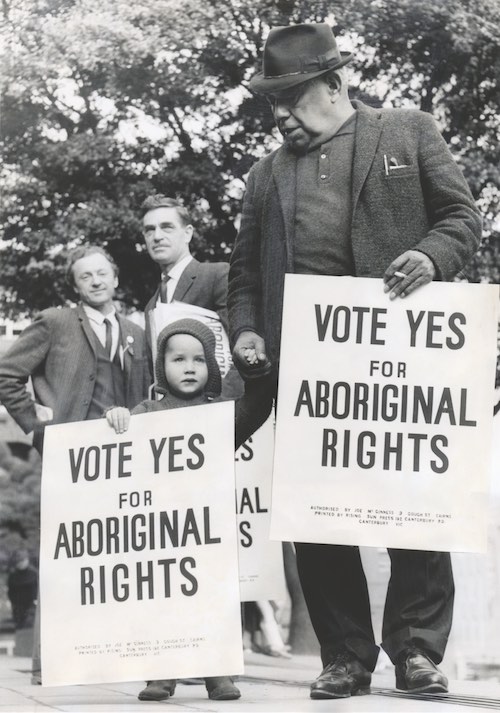 Positioning the exhibition at the Australian National Maritime Museum in a momentous year that connects it to the first maritime encounter with Cook in Warrang/Sydney is very fitting. The impact of the British Empire on Indigenous people and the artistic response by the featured artists are appropriate bookends to the ongoing truth-telling of this country. Just as colonial British and subsequent British–Australian-born artists documented and recorded Aboriginal people and their stories, so too do these contemporary Indigenous artists, except from an Indigenous perspective. By combining art and activism, artists have revealed their personal, community or hidden national stories through subtle, overt or confrontational works. Some make political statements important to them and their community; others share their culture or simply engage aesthetically. All inform, excite, incite and encourage engagement.

The artists in Defying Empire have used their creativity to raise their own voices and speak up for those who have never been heard or need to be heard. Not only do the artists challenge the archaic notion of ‘traditional’ versus ‘contemporary’ art, but they also bring their diverse histories and cultural gauges to their practice. 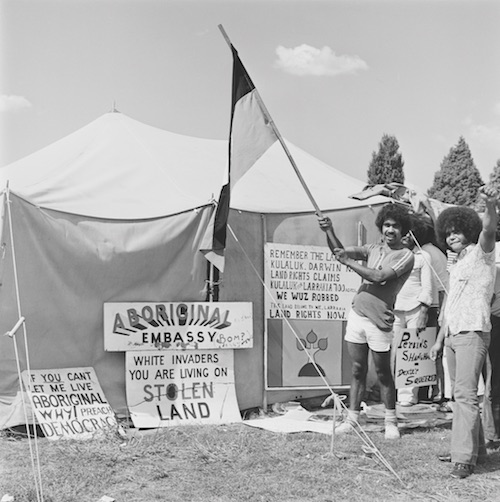 Artists will continue to look to the past, their ancestral or cultural teachings or colonial histories to inform their present thoughts. Whether inspirational, informative or heart-breaking, their works encourage conversations that are essential to dispel myths, stereotypes and outdated ideologies. As we remember the 1967 Referendum, the works in Defying Empire open up conversations through an assemblage of stories, bringing together our inherited chapters of Australia’s history from across the country.

I am eternally grateful to each of the artists, their families and communities for generously sharing their stories that have shaped individuals, communities and us collectively as a nation. It is vital that we hear as many of these experiences as possible, whether we’re comfortable or not, so that we can collectively understand our past and present and how we can work together into the future. Defying Empire celebrates Aboriginal and Torres Strait Islander art practice, stories and achievements but does not shy away from Australia’s complex histories. It reinforces and showcases our resilience, pride, diversity and strength and our ongoing connections to Country, family, community, culture and history. The artists in the exhibition have trawled the colonial cabinet of dated curiosities to demystify, to re-engage, to inspire and to reinforce our resilience and, more importantly, our identity. From those who have fought for our basic right to be counted to our modern-day warriors, and those yet to be seen in the future, keep up the good fight. This is our moment now.

As we reflect on the challenging year that 2020 was, we also need to reflect on and acknowledge the continuity, strength and passion that the arts and artists bring to our lives both in person and more so now online. As we finalise the tour on Gadigal country, at Tumbalong I pay my respects to the Ancestors whose presence, actions, strengths and foresight paved the way for generations of artists, like those 30 featured, to continue truth telling. Not only does the 2020 NAIDOC theme ‘Always Was, Always Will Be’ contradict terra nullius, it also lays the foundations to all historical and contemporary assertions of ownership and identity. It is only fitting that this exhibition, with its stories of resistance and defiance, should end at ground zero, Warrang/the Sydney region, where it all began 250 years ago.

Tina Baum is the curator of Defying Empire, which was developed by the National Gallery of Australia. Defying Empire closes at the museum on 7 February.

Header image: The Hand You're Dealt by Tony Albert, 2016. Courtesy of the artist and Sullivan + Strumpf. Photo: Sam Noonan
This article was originally published in Signals 133.

View all posts by ANMM Guest→
Posted in: Arts and Culture
↑