Against the backdrop of the Communist Revolution in China, the Wilson family made a temporary migration from Northern Ireland that would lead to their permanent home in Australia.

'Dad heard of the need for workers in China and felt that he had received the call to go to China', remembers Victor Wilson Jnr (born 1931). His father, Victor Wilson Snr (1904–1978), was a pharmaceutical chemist from Belfast, Northern Ireland, who had a desire to work in a mission hospital in Shanghai. He read publications by the China Inland Mission, a missionary society established by Englishman James Hudson Taylor in 1865 to bring the gospel to the inland provinces of China. With his strong faith, Victor decided to study the Chinese language and prepare his family for emigration. 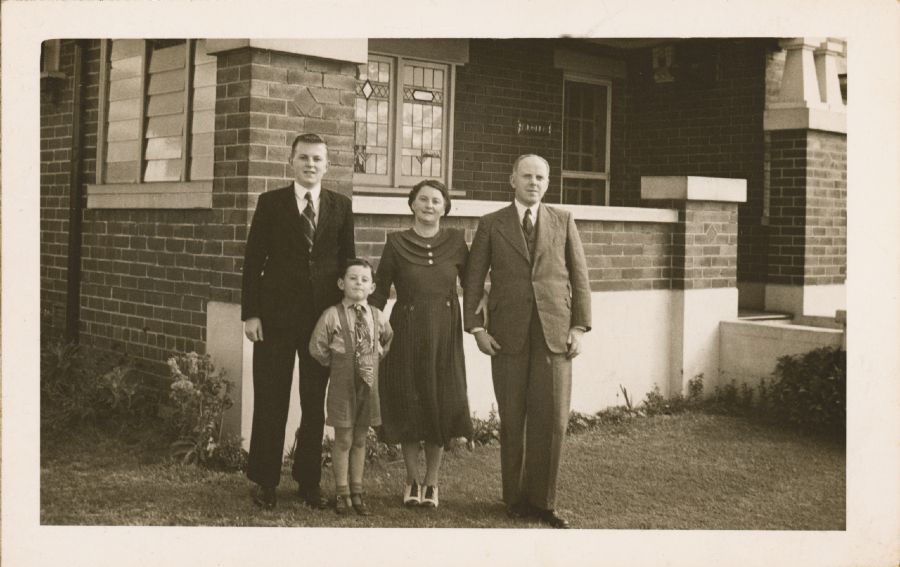 In 1946, after the Second World War, Victor sold the family’s chemist shop and home in Belfast in anticipation of a passage to China. Although his wife, Sarah Wilson (1902–1962), implored him not to sell the business, Victor believed that God had called him to the mission field. The news filtering out of China, however – of the ongoing Chinese Civil War between the ruling Kuomintang nationalist government of Chiang Kai-shek and the Communist Party of China (which was led by communist revolutionary Mao Zedong) – was not encouraging. While the two parties were temporary allies during the Second Sino–Japanese War (1937–1945), hostilities quickly resumed following the surrender of Japan in 1945.

Victor’s thoughts turned to Australia, where he had a distant relative on his father’s side named Victoria Boyd. He wrote to Mrs Boyd, who lived in the suburb of Concord in Sydney’s inner west, and she assured him of a warm welcome. Over the course of the next 18 months, Victor took locum positions in London, Belfast and Bangor (in greater Belfast), while keeping a watchful eye on the unfolding Communist Revolution in China.

By the late 1940s, the prospects for missionary work in China appeared increasingly bleak, with foreign missionaries driven out of the country or redirected to other parts of east Asia. The Communists eventually defeated the Kuomintang on the mainland, forcing them to retreat to the island of Taiwan, as Mao Zedong proclaimed the establishment of the People’s Republic of China. 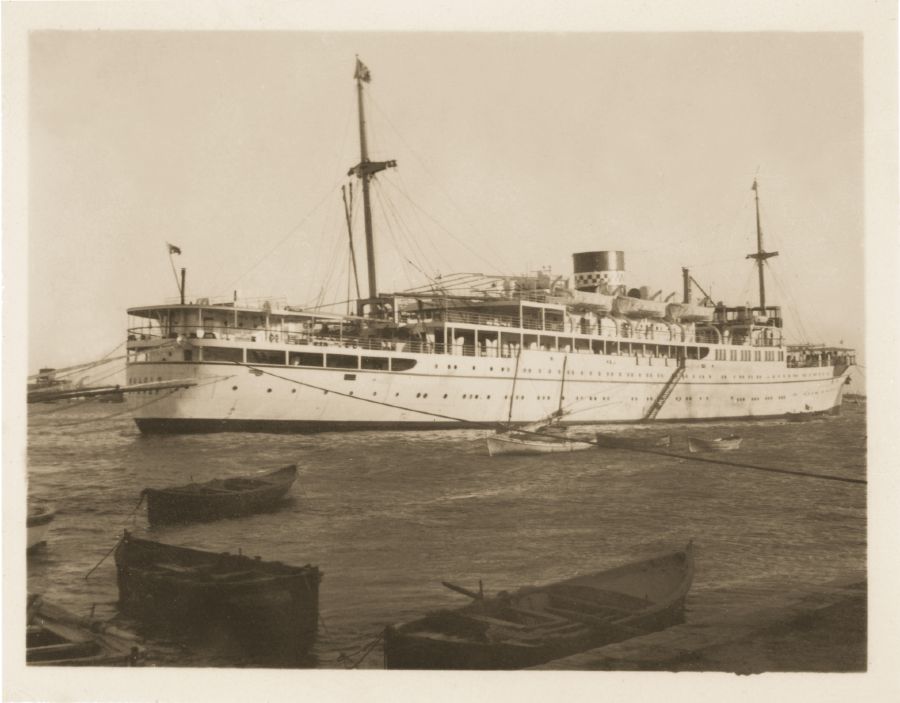 After much prayer and sacrifice, Victor decided that the family’s best option was to migrate to Australia and wait for China’s borders to reopen. He wrote once more to his relative Mrs Boyd, who indicated that most housing was occupied by returned soldiers. She hinted that her house could be shared by the Wilsons, but as Victor Jnr says:

Dad would not impose himself on anyone. Nevertheless, he went ahead and enquired about ships going to Australia. Most of the troopships were being converted into migrant ships and Australia was welcoming people from the UK and some parts of Europe. We applied to go to Australia as immigrants on £10 assisted passages, but were refused on the grounds that Dad had too much money, and so had to go under our own arrangements with any available paying passenger ships.

Then suddenly Dad was informed that in two months the MV Bulolo, which had been an armed cruiser and headquarters for the Allied fleet in the Mediterranean, was almost ready to be returned to the Burns Philp Line and would sail to Australia after refitting. Well this came as a surprise and of course Dad signed up for the vessel. He accepted this as the hand of God leading us.

The family paid the fares of £110 each for Victor Snr and Sarah, and £50 each for Victor Jnr and Raymond (born 1942), and set to work packing. In June 1948, the Wilsons travelled by taxi from Bangor to Belfast Quay, where a large crowd of friends had gathered to farewell them with a parting hymn. The family boarded a steamer for the overnight crossing to the English port of Liverpool, making their way down the River Lagan past the Harland & Wolff shipyard, where RMS Titanic was built, out to Belfast Lough and into the Irish Sea.

In Liverpool, 16-year-old Victor Jnr sat for the London matriculation examination, with passes in mathematics, Latin and botany. On 16 June 1948 the Wilson family was among 234 passengers who embarked for Australia on the Burns Philp liner, Bulolo. As they sailed down the River Mersey, the Liverpool skyline and Royal Liver Building receding into the distance, Victor Jnr recalls, ‘We stood and gazed around us for the last time at the old country, mesmerised, almost in a trance as we suddenly realised we were on our way’.

Victor Jnr, who turned 17 on board Bulolo, kept a daily journal of the five-week voyage to Australia. In an old ledger book that his father used for patient prescriptions, Victor recorded details of port calls, bouts of sunburn and seasickness, and shipboard entertainment. On one occasion, his five-year-old brother Raymond won first place in an obstacle race, collecting a prize of £2 and a box of sweets. Victor also documented Bulolo’s route from Liverpool to Gibraltar, Valletta, Port Said, the Suez Canal, Aden and the Indian Ocean. 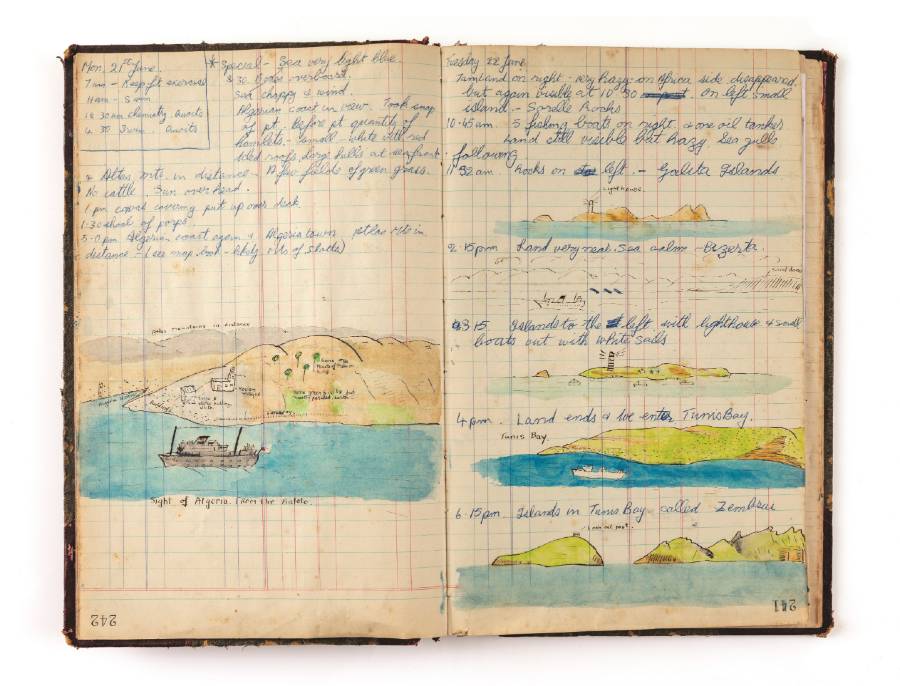 On 17 July 1948 Bulolo docked in Fremantle, Western Australia, where officials boarded for mandatory passport and medical checks. The Wilson family made a day visit to Fremantle and Perth, before returning to the ship for the final leg of their voyage east. On the morning of 24 July, Bulolo arrived in Sydney Harbour, passing beneath the Sydney Harbour Bridge and berthing at Pier 4 Walsh Bay.

The Wilsons found temporary accommodation in a boarding house on Macleay Street, Kings Cross (known as ‘The Cross’). Victor Jnr recalls how his mother Sarah remarked, ‘You must always start at the Cross if ever you hope to reach home (that is, heaven)!’ The family’s first days in Australia were spent searching for a permanent home, while Victor Snr also went to the Pharmacy Board of New South Wales to register as a pharmacist. After a desperate week had passed, Victor Jnr remembers:

Mum had grown weary of roaming the streets of the city and suburbs looking for suitable digs. She said we have got to go home! Dad said we should pray as we thought of our predicament and he too had reached an end of his searching. As he prayed I could hear Mum sobbing, with tears rolling down her cheeks. When he finished all seemed to be calm. Then Dad said we shall go out this afternoon and see Mrs Boyd at Concord.

The family took a train from the city to Strathfield and walked the last few kilometres to Mrs Boyd’s house on Empire Avenue. Victor Jnr recollects:

We walked up the path and Dad rang the bell, expecting an elderly woman to come to the door. The door opened and a middle-aged woman came. We looked at her and Dad enquired, ‘Does Mrs Boyd live here?’ She paused and asked, ‘Are you the Wilsons? We were expecting you here a week ago and you did not turn up! Mrs Boyd has taken ill and has gone to live with her sister in Ararat, Victoria, and she has left the house for you if you wish to purchase it’.

Well we were dumbfounded. We had reached the end of our tether, as we say in Ulster, and now the provision of a lovely home was graciously presented to us by our Heavenly Father. Dad had no hesitation in being on the solicitor’s doorstep at 9 am Monday morning with the cash of £2,500 and the house was ours – praise the Lord.

In Sydney, Victor Wilson Jnr passed an entrance examination at the start of the final school term and enrolled at Fort Street Boys High School in Petersham. In 1957 he graduated from the University of Sydney with a Bachelor of Medicine and Bachelor of Surgery. He spent two years as a medical officer at St George Hospital in the southern Sydney suburb of Kogarah, followed by 18 months as an anaesthetist at the Brisbane General Board of Hospitals.

Raymond Wilson attended Homebush Boys High School and then, like his older brother, completed a Bachelor of Medicine and Bachelor of Surgery at the University of Sydney. He was a medical officer at Royal Prince Alfred Hospital before moving to the United Kingdom, where he gained his fellowship in surgery. Raymond later returned to Sydney and gained his Australian fellowship. Brothers Raymond and Victor Jnr then worked in partnership for 30 years as medical practitioners in the southern Sydney suburb of Blakehurst.

Victor Wilson Snr was a chief pharmacist in Sydney’s west, firstly at the old Liverpool State Hospital and Asylum, and then at the newly built Liverpool Hospital across the road. He never missed a day of work in 25 years. Sarah Wilson was a homemaker; she and Victor Snr remained in Concord for the rest of their lives. Mrs Boyd had given them a place to call home.

Reflecting on his family’s life in Australia, Victor Jnr says:

Day by day, every movement in life was met with the word ‘welcome’. Some years after our arrival in Sydney, and with growing family life, we decided to have our names inscribed on the Welcome Wall as a way of saying thanks for the wonderful welcomes and openings presented to us in every aspect of life in this sea-girt land of Australia. Yes Dad’s deep faith was rewarded and today all our family are recipients of the fruit of his faith.

Victor Wilson Jnr registered himself, his brother Raymond, and their parents Victor Snr and Sarah on the Welcome Wall to acknowledge faith, family and a warm welcome to Australia. The Welcome Wall is now open for new registrations for the next unveiling ceremony on 10 January 2021. Find out more on the Welcome Wall.