In August 1945 in the Sydney suburb of Woolloomooloo, a group of Indonesians crowded around a short-wave radio set in the Indonesian Seamen’s Union offices. They were monitoring every word from Batavia Radio. When news was broadcast announcing the proclamation of Indonesian independence on 17 August, they were ecstatic.

The announcement was the climax of a decades-long campaign for independence from Dutch colonial rule, but it also began a four-year-long political and military struggle for Indonesian independence to be accepted by the Dutch and acknowledged by the international community. During this period, Australian support for Indonesia was prominent.

From late 1945, Dutch ships in Australian ports preparing to return to Indonesia with military arms and personnel were set back by a series of maritime trade union boycotts, called black bans. Support for Indonesian independence then grew beyond the labour movement and Australia led the way in international political recognition of Indonesia.

Coming amid the wider context of the end of World War II, the declaration of independence made little impact in world news, so the Batavia Radio broadcast was critical. Twenty-year-old Tukliwon was a sailor on one of the Dutch ships that had fled to Australia following the Japanese invasion in 1942. He had worked on Sydney Harbour ferries during the war. The day after he heard the proclamation broadcast, he walked across the city to inform the Seamen’s Union of Australia, who promised their support. 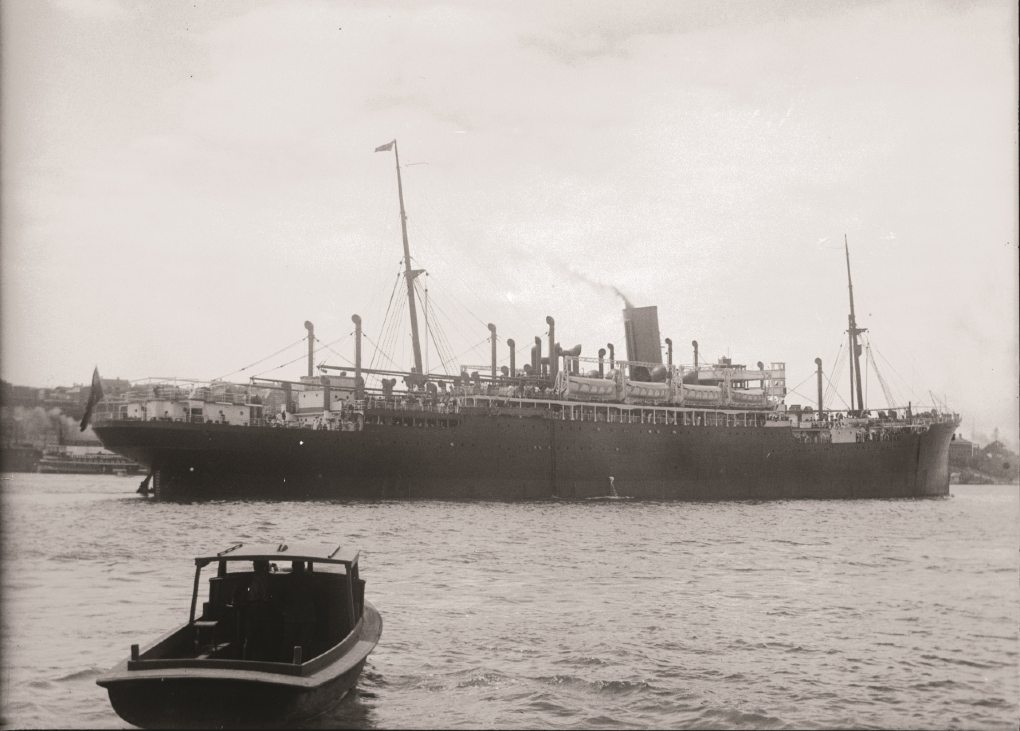 SS Moreton Bay was one of the vessels chartered by the Dutch government in exile that was affected by the waterside workers black bans. ANMM Collection, 00042049

A few days later Tukliwon and his fellow sailors were told that the Dutch wanted their Indonesian crews to take ships back to Java. In support of the foundation of a new independent homeland Indonesia, they refused to sail. The Australian Seamen’s Union then called on members for ‘an embargo on all ships carrying munitions or any other materials to be used against the Indonesian Government’.

By 24 September 1945 a boycott of Dutch shipping was in place in Brisbane and Sydney, before spreading to Melbourne and Fremantle. It quickly extended to other related maritime industry unions — boilermakers, engineers, iron-workers, ship painters and dockers, carpenters, storemen, clerks and tug crews.

Similarly Karsik — loaded with Dutch money for the returning administration — and Merak in Melbourne were both unable to find coal in Australian ports.

On 28 September waterside workers in Sydney, carrying ‘Hands off Indonesia’ banners, led a demonstration outside Dutch shipping companies and diplomatic offices. By October, the actions had escalated. The Trades and Labor Council issued a leaflet with instructions to unionists:

Australia’s relationship with the Dutch and the new Indonesian republic was complex. At first, Australian and British troops assisted the Dutch in returning to their ex-colony after World War II. Although not involved in combat with the desperate and under-armed Indonesian forces, Australian soldiers were part of the initial military push — though many disagreed with the return of the Dutch to Indonesia.

The battle of Surabaya from 27 October to 20 November 1945 was the bloodiest single engagement of the war for independence with around 10,000 Indonesians killed fighting British troops. Although they lost the battle, the fierce resistance of the Indonesians removed any doubts the Dutch might have had over the determination of the Indonesians.* Britain and Australia grew increasingly reluctant to be involved. In Indonesia today, 10 November is commemorated as Heroes Day and, like Anzac Day in Australia, it honours a terrible defeat — but one that had a galvanising effect on a new nation.

By December 1948, there was little Australian opposition to a complete boycott of Dutch goods and trade. The Chifley government boldly referred the conflict to the United Nations Security Council and stepped up aid to the Indonesian Republic. While Dutch armed forces had gained control of much of Indonesia at the cost of tens of thousands of Indonesian lives, international condemnation of the Dutch forced them into negotiations. On 27 December 1949 the Dutch formally recognised Indonesian sovereignty.

Indonesian gratitude for Australian support was heartfelt. President Sukarno paid tribute to the ‘freedom-loving’ stand taken by the Australian labour movement. The Brisbane based Central Committee of Indonesian Independence wrote:

The understanding and support given us by the Australian people will never be forgotten, and we will convey this history of our struggle in your land to our countrymen at home. We hope that the friendship between our two peoples may become stronger and endure in the best interests of democracy.

The period of widespread Australian support for the Indonesian republic that grew from the maritime workers and the radical labour movement to the government and beyond between 1945 and 1949 is an amazing yet forgotten period of transnational history.

Stay tuned as we're launching an exciting online exhibition next week to celebrate the 75th anniversary and to mark the friendship between these two nations.

Did you know today was the 75th Anniversary of Indonesia as a nation? On August 17 1945 Indonesia declared Independence from colonial Dutch rule.

Did you also know that Australia was a critical partner for Indonesia during its struggle to uphold Independence? You can find out more here and here (2 blogs?) and keep an eye out for our upcoming online exhibition Two Nations: A Friendship is Born being launched on 24 August.