Header image: Arthur Pringle as a lieutenant on HMS Britannia in 1899. Image courtesy of Eliots of Port Eliot

In this time of isolation, communication with those away from us seems just a click away. But what about a letter? Could this be the time to bring back the art of a letter? The museum has a range of letter archives and while many are of the expected sort, sailor’s writing home to their families, business correspondence, holiday postcards and newsy Christmas cards, there is one series that is particularly poignant. It is from a 13-year-old boy writing home to his mother. The letters, in true teenage style, are hardly full of information and likely his mother was desperate for more, but they tell enough to show this young boy was being very stoic, trying everything that was thrown to him and certainly keen to make his waiting parents at home proud. 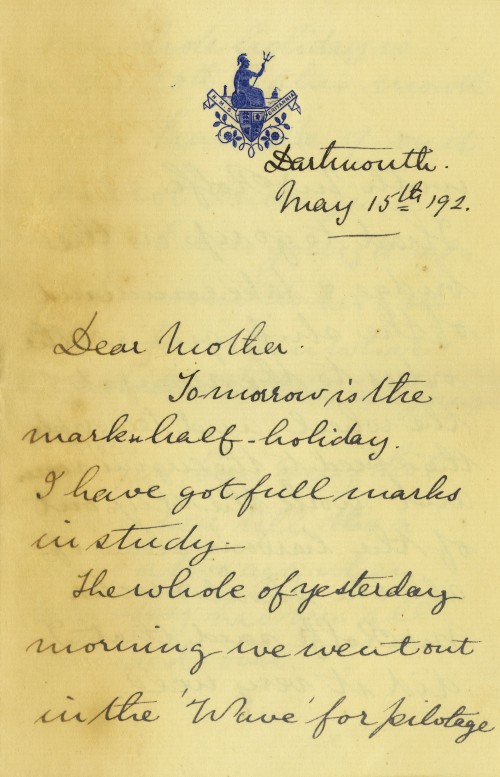 Arthur Pringle enrolled in the Royal Navy training ship HMS Britannia in 1891. Moored in Dartmouth since 1863, the vessel was the cornerstone of the navy’s training of future officers. Not to be confused with the hulks used to train ‘pauper’ boys for a useful future on the sea, Britannia required fees to be paid, and generally boys that were enrolled were of families that already had a connection to the navy or wealthy enough to afford the costs of tuition, uniforms and board. Classes were a mix of regular schoolwork such as maths and French with a healthy dose of seamanship and naval discipline to smooth any rough edges. 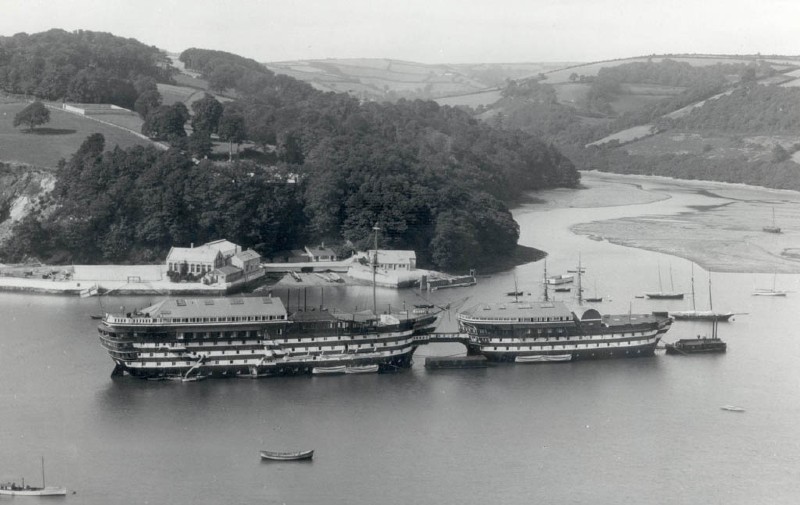 Despite the formality and prestige, life on board Britannia was not that much more comfortable or healthier than a regular seafaring ship. Arthur’s introduction to naval life in 1891 was likely a bit of a shock. Not surprisingly he mentions none of this to his mother at home who was likely worried after reading newspapers from that year talk about unacceptable levels of bullying on board the ship, the terrible quality of food served and a measles outbreak. But our Arthur, already disciplined and determined, tells his mother only of his excellent school marks (second in the term in 1892) and frequent requests for money for incidentals such a teacher’s gift of “a silver thing for vegetables” and uniforms. Arthur is endearing in what he does not write about and, in beautiful penmanship, he talks of ‘rambles’ ashore that shows an earnestness that must have put his mother’s mind at some ease.

After leaving Britannia the correspondence we have from Arthur ceases. There is his logbook from his first posting on HMS Arthur but what happened to that determined young teen?

Arthur graduated and had by all accounts a sterling naval career ahead of him. On Britannia he had competed against his fellow cadets – future Admiral William Napier and Admiral of the Fleet Alfred Pound. The three seem to have been in constant competition for first, second and third places. Well-liked and hardworking, Arthur had risen to the position of lieutenant in 1897, and in 1902 was serving as gunnery lieutenant aboard HMS Formidable. 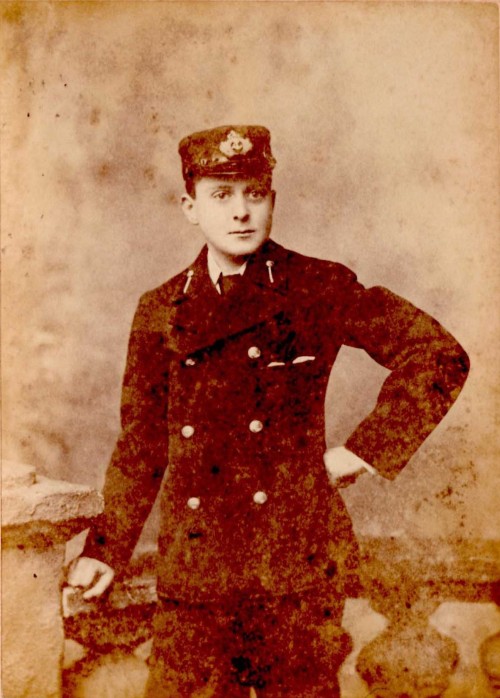 Arthur Pringle as a cadet on HMS Britannia. Image courtesy of Eliots of Port Eliot

After getting to know him as a boy it was sad to learn that Arthur was killed in a shipboard accident on Formidable at the age of just 25 and is buried in Terranova, Pausania in Italy where the accident took place. The story of his death was covered in The Times newspaper and naval publications with one writer saying:

... beloved by all in the ship; keen on every sport, a cheerful messmate in all circumstances, and, in my opinion, the smartest officer at his among the many with whom I have sailed.

A relative wrote later that Arthur's death had been a terrible loss to his family and I thought of his mother, having saved all his teenage letters to her in which he signed every single one, 'Ever your loving son, Arthur'.

While few of us may have the dedication or fine handwriting of that young boy, it may be a good time to start practicing again and drop a line to those far away.

View all posts by Myffanwy Bryant→
Posted in: From the collection
↑