The 250th anniversary of James Cook charting the east coast of Australia presents a unique opportunity to re-evaluate his place in history. Peter Tattersall, the museum’s Head of Learning, discusses what this means for Australian classrooms.

Translating the legacy of James Cook's first voyage in the Pacific to a 21st-century understanding is challenging. As we approach the milestone of 250 years since HMB Endeavour arrived on our east coast, it’s time for us to again reflect on the lasting impact this crucial event has had on all Australians, and in particular the First Australians.

Significant national anniversaries always kick-start conversation, and much has changed in the Australian cultural landscape since the 1988 bicentenary of the First Fleet’s arrival. We should see the year 2020 and its planned events as a great opportunity to celebrate the culture of our Indigenous Australians, and we should grasp the chance to contemplate and re-evaluate our complex history, and to reflect on what is taught about this subject in our schools.

Cook in the curriculum

It may be surprising to many readers, but Captain Cook rates only a minor mention in the Australian curriculum. In the Year 4 History and Social Sciences content outline, Cook is listed as only one of five explorers of the Australian coastline (the others being the Makassans, Dirk Hartog, Abel Tasman and Comte de La Pérouse). But Cook’s reported planting of the British flag on what he named ‘Possession Island’, in the Torres Strait, set in motion a process that ultimately resulted in the establishment of a British colony on Australia’s east coast – a decision that dramatically changed the history of this land and its First Peoples. In considering the importance of this event it could be argued that a juicier slice of students’ classroom time should be given over to the topic, especially as Cook’s story, when told in primary school classrooms, often forms the basis of further conversations about Australia’s European history.

In a crowded curriculum it’s difficult to find space for all the important events, concepts and themes that relate to Australia’s history, and it’s interesting to consider the place that Cook and his voyage currently inhabit within the official curriculum document. Despite the equal billing given to Cook, Tasman, La Pérouse and the Makassans, it’s reasonable to suggest that students usually leave the classroom with a more realised image of Cook’s voyage than those of the others, and it is also worth considering the role that popular culture plays in colouring this image. Cook’s location within the Australian curriculum is also interesting for another reason: placed in the middle years of primary school, it is included at a formative time in a child’s conception of time and place.

In the past, Cook’s arrival was used as a starting point for ‘Australian History’. While education has moved well past this and sees Cook in the context of the age of European exploration, the passing reference to him in the curriculum and its location in Year 4 does not allow the examination of Cook as a historical figure to be as critical as it could be if undertaken in more senior years. 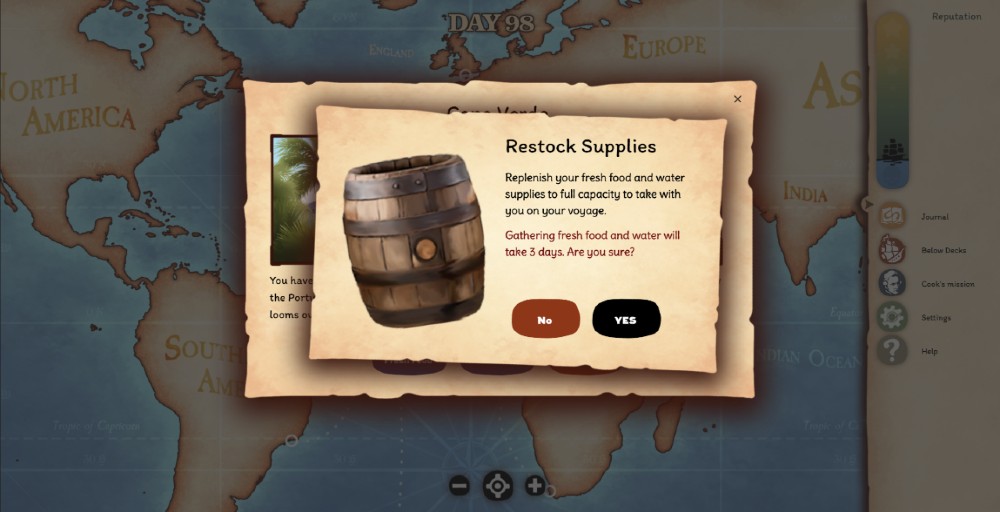 An opportunity to go deeper

One of the most important developments emerging from the implementation of the Australian curriculum is the introduction of the cross-curricular Aboriginal and Torres Strait Islander Histories and Cultures, which gives a greater acknowledgement of and respect for pre-contact Australian history. Given this, the story of Cook and Endeavour can partially be read from a scientific perspective, creating an important cross-curricular opportunity to investigate Indigenous sciences, including astronomy, agriculture, aquaculture and the use of fire.

It’s clear that James Cook has a complex legacy in Australia. Recent debates surrounding the appropriateness of Euro-centric monuments, and the 2017 graffiti left on Cook’s statue in Sydney’s Hyde Park – ‘change the date’ and ‘no pride in genocide’ – clearly illustrate just how close Cook is to the front line of Australia’s history wars. Cultural heritage and geographical location (Cook is of lesser interest to those on Australia’s west coast) have helped shape prevailing views of the explorer.

James Cook was more than just a navigator … In Australian history, the character of Captain Cook has come to symbolise colonisation and dispossession; more so than Arthur Phillip and the First Fleet.

As such, any examination of Cook and his actions must take into account not only the ‘view from the ship’, but also the ‘view from the shore’ – a ‘dual perspectives’ approach that has very deliberately been taken in the development of the museum’s Encounters 2020 program.

To engage students with this complicated – and at times divisive – event, the museum is developing a series of high-quality digital resources for use in the classroom. These include a gamified learning experience that places students in the shoes of an 18th-century ship master, and presents them with a number of the logistical and ethical challenges that Cook himself faced. Further, the development of a satirical, animated piece by Indigenous artist Jake Duczynski will provide older learners with a First Nations perspective on Cook and his legacy.

The marking of 250 years since Cook’s visit to Australian shores is an excellent opportunity to revisit the legacy of Cook the explorer, navigator and adventurer, and brings with it the opportunity to foster critical thinking among students about the ‘discovery’ doctrine that has surrounded him for so long. Through the Encounters 2020 education program the museum will play a leading role in facilitating this re-evaluation.

This article originally appeared in Signals 129

Peter Tattersall is the Head of Learning at the Australian National Maritime Museum.

View all posts by Peter Tattersall→
Posted in: History and Colonisation
↑