On 17 November museum and cultural heritage scientist Inger Lundberg visited the Australian National Maritime museum to share her knowledge and experience with staff. Specialising in the conservation and preservation of museum collections and maritime history, Lundberg currently works at the National Museums of World Culture in Sweden where she takes care of diverse ethnographic collections from all over the world – including Australia.

Inger grew up on the Åland Islands, in the Finnish archipelago where she previously worked at the Åland Maritime Museum, developing a special interest in maritime history and heritage. During her time at this museum, Inger worked closely on Pommern, a four-masted ship which sailed the grain trade route from England to Australia during the 1920s and 1930s.

I had the pleasure of asking Inger more about growing up on the Åland Islands, the history of Pommern and its current condition. 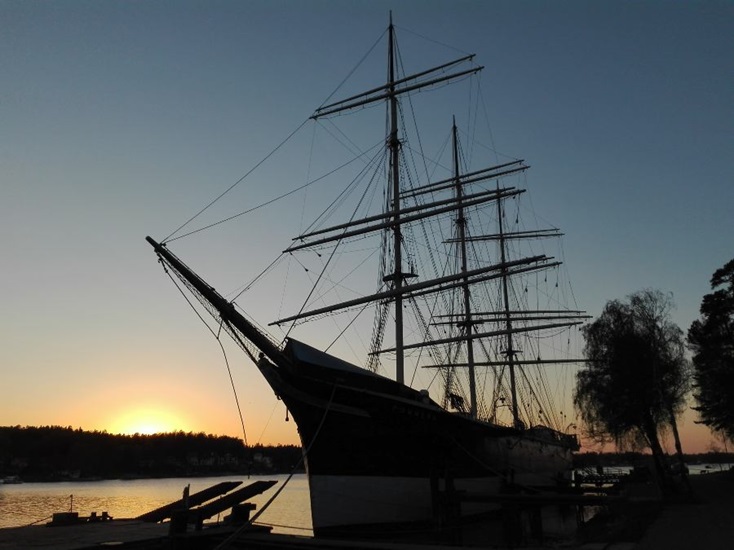 What was it like growing up on the Åland Islands?

The Åland Islands consist of 6,500 islands with around 30,000 people living on 40 of them. It is a self-governed, Swedish-speaking part of Finland with its own government and parliament. I experienced a calm and safe childhood, where the community was small – which has its own pros and cons. As neither of the two universities present on Åland had subjects within my field of interest, I moved to Sweden after high school to study archaeology in Lund (southern Sweden).

What sparked your interest in maritime history?

Growing up on an island with water all around you, maritime life, culture and history is always present. When I was 10 years old I sailed for the first time when I took part in a youth camp on board Albanus, a traditional galleass. We got to help run the ship with the crew and learnt all about sailing – I think this experience sparked my interest. 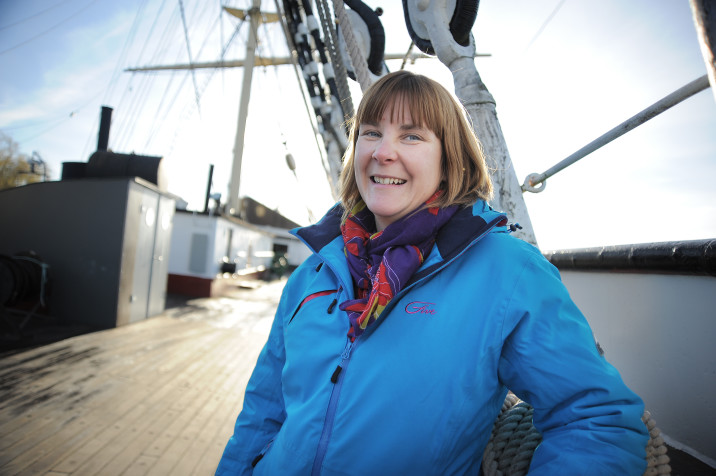 What can you tell us about Pommern's history?

Pommern (formerly Mneme) was built in Scotland in 1903 and first sailed for the German shipping company B Wencke Söhne, then Reederei-A.-G. von before she was sold to Reederei F Laeisz. Also known as one of the Flying P-liners, the ship was mostly used to carry potassium nitrate to Chile – with its name also changed to Pommern during this time.

The Ålandic shipowner Gustaf Erikson bought the ship in 1923, and after sailing to and from South America for a couple of years, Pommern was used to carry grain from Australia. In 1939 Pommern sailed its last grand voyage, and was then moored in Mariehamn in the Åland Islands until 1944 when the ship was towed to Stockholm to serve as a grain storage vessel until 1945. Pommern was then taken to Turku, Finland so all its cargo could be unloaded, and was then towed back to Mariehamn.

In 1953 Gustaf Erikson's children donated the ship to the town of Mariehamn so it could serve as a museum ship – which it still is 66 years later.

Why do you know so much about Pommern?

I used to work for the Åland Maritime Museum and it was my job to uncover all the facts related to the ship: all the technical data, its history, and the changes made on-board during its time as a museum ship. I also created a preservation and conservation plan for Pommern (like guidelines) to ensure best practice for the ship's ongoing preservation. 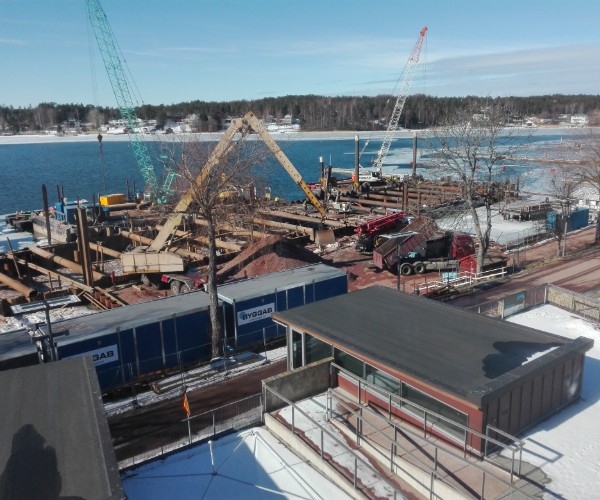 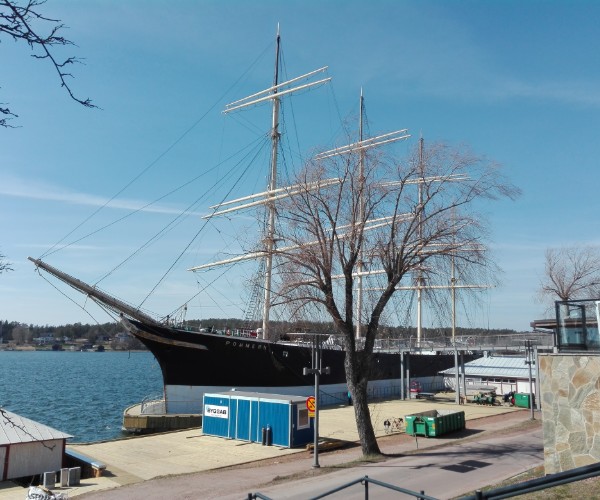 What condition is Pommern in today?

The ship is in excellent condition and it's the only four-masted merchant sailing ship in the world that's still in its original state. There was talk about turning the ship into a school for sailor’s in the 1950s, but thankfully they put a stop to those plans. The fate of many other tall-ships from that time are different – some have been turned into school ships, others hotels or restaurants but Pommern remains unchanged. You can still walk the same deck in the officer’s quarters as the sailors back in the 1920s did!

Another great aspect that will ensure Pommern remains in good condition, is the town of Mariehamn and the Åland Maritime Museum signed an agreement for the maintenance of the ship to be undertaken by the museum. Earlier this year, a dry dock was specially built for the ship! Now the museum can continue with the necessary conservation works using traditional methods on their own terms, no longer having to tow the ship to a commercial dock so its hull could be inspected. Pommern will be open for the public to visit from May to September next year.

Why should people care about Pommern?

It's a unique ship with a unique history, and very few ships of Pommern's type remain in its original shape. The ship can tell stories of the early 20th century relating to worldwide trade, the people it carried and the places it visited. Pommern crossed the equator over 60 times, carrying goods to and from South America and Australia. The ship is not only important to Ålandic and Finnish heritage, but also world-wide – and when you climb aboard Pommern today you can feel the history come alive.

View all posts by Myffanwy Bryant→
Posted in: Vessels
↑