Before William (Willy) Stevens and Robert Fuller board Tribal Warrior's Mari Nawi to deliver the unique harbour cruise, Navigation by the stars, I asked them some rapid fire questions related to Indigenous astronomy. 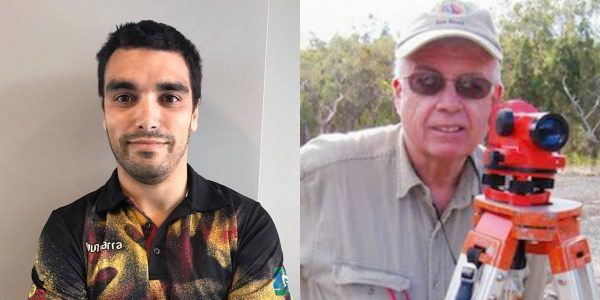 What’s the difference between Western and Indigenous astronomy?

In astronomy, Indigenous people had thousands of years (millennia) of observing the night sky, and these visual observations (not instrument-based, as in Western astronomy), led to theories based on what was seen, and what changed over long periods of time. These theories were used to explain things in the environment, and as illustrations for a rule-based society (the law).

What would you like people to know about Indigenous astronomy?

William: We use the stars to teach the stories and culture of our people. The stars are used to indicate aspects of a story, for example Orion's Belt and the Seven Sisters are used to teach our marriage system.
Robert: Australian Aboriginal peoples have the longest continuous culture on Earth, and as astronomy appears to have been important for much of that time – based on stories, rock art, language, and culture – they were undoubtedly the first astronomers.

Why do you enjoy sharing these stargazing stories?

Aboriginal astronomy is only one aspect of a wider Indigenous culture in Australia which goes back at least 65,000 years

How have Indigenous people perceived and made use of astronomical phenomena?

Robert: Indigenous people have perceived astronomical phenomena that only Western astronomers would have noted. An example is their observation of variable stars and star-burst events. A landholder in western Victoria in the 1850’s, William Stanbridge, recorded knowledge from the local Aboriginal people about a star which had grown bright and ‘angry’, and this matched the records of the eruption of the Eta Carina supergiant star in 1843.
Indigenous people used their knowledge of the night sky to forecast the weather, and to determine seasonal changes to resources. Torres Strait Islanders use the scintillation of stars (twinkling) to determine when the northwest monsoon is arriving, and Aboriginal people used the ice rings around the Moon to forecast when wet weather was arriving. The arrival of the Seven Sisters in the evening sky brought the return of warm weather and resources, while their setting in the evening sky brought the winter. It also appears that Aboriginal people built solar observatories, so that they could mark the time of the year by the solstices.

Why is it important for Australians to understand Aboriginal astronomy?

Robert: Aboriginal astronomy is only one aspect of a wider Indigenous culture in Australia which goes back at least 65,000 years, and is the cultural treasure that all Australians should learn and respect for what it can teach us about having a successful society that lives in harmony with itself and the Earth.
William: It gives people a wider understanding of our culture and the tools we used to survive for so long.

If people wanted to find out more information about Indigenous astronomy, where could they go?

A starting point for their research should be the Australian Indigenous Astronomy website, which has many resources and links to other resources.
If you would like to learn more, be sure to book your ticket for Navigation by the stars where Robert and William will share their extensive knowledge and stories.

View all posts by Laura Signorelli→
Posted in: Events , Indigenous
↑