A team of explorers, photographers and scientists banded together to inspire social change in Elysium Arctic, the museum’s newest outdoor exhibition. Sailing through Svalbard, Greenland and Iceland, the Elysium team braved subzero temperatures and uncertain seas to capture the Arctic on film. Their goal was to document the effects of climate change on the unique Arctic ecosystem through art and science. What did they find in the world’s northernmost regions?

Michael Aw believes in magic. The internationally acclaimed wildlife photographer, explorer and conservationist has spent more than two decades shooting across the globe, and is certain that if magic exists, it can be found in the ocean. From the lush tropics of the Coral Triangle to the teeming waters of South Africa’s Sardine Run, Aw has spent his career documenting the diverse flora and fauna that populate the marine environment. It was this passion that drove him to found Elysium Epic, a conservation group with a difference. As well as being an activist, everyone engaged in Elysium Epic is an artist, a photographer or involved with marine science. Every few years, Aw handpicks a team to embark on an expedition to one of the world’s at-risk marine environments. In 2015, the Elysium team travelled as far north as they could go and arrived in the wilds of the High Arctic, a region populated by polar bears and devastated by climate change.

Legendary oceanographer and Elysium Arctic contributor Sylvia Earle is visiting the museum to launch the exhibition. Come along to hear her talk at 'State of the Oceans', a Science Week event.

Aw called on old friends and new during the preparation for Elysium Arctic, securing the polar-certified vessel Polar Pioneer through Aurora Expeditions. Aw wanted to produce a body of work that documented the effects of a changing climate on the delicate Arctic ecosystem. Each photograph would showcase the region, inspiring others to fall in love with the Arctic and join the crusade to save it. These photographs would become the base of the Elysium Arctic exhibition. 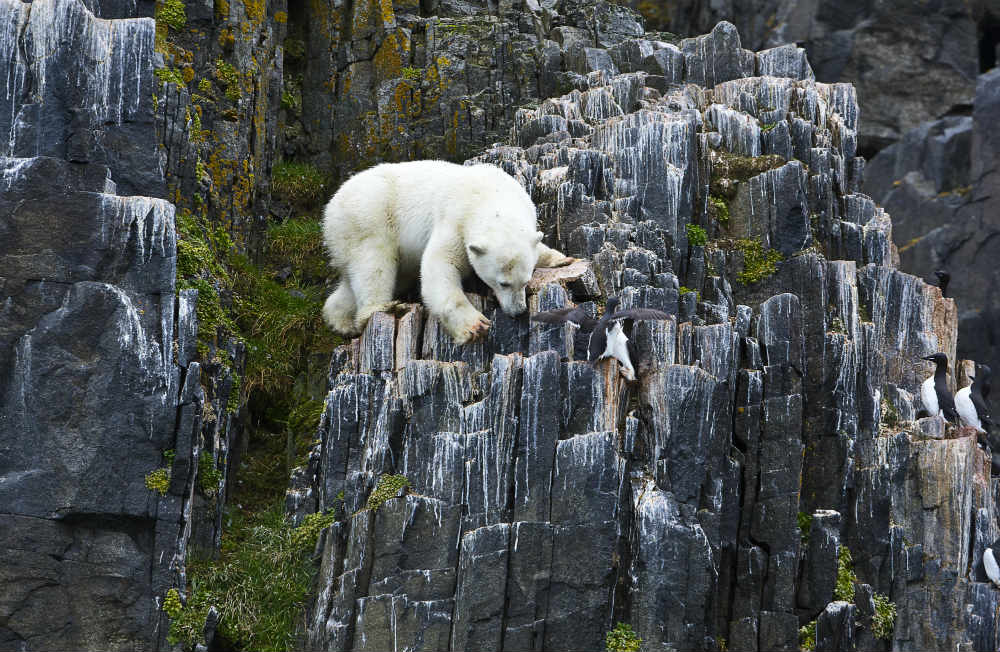 Michael Aw doesn’t ask just anybody to join him on an Elysium expedition. His carefully chosen team totalled 66 people, including crew and Aw’s two young children. His first recruits were fellow photographers David Doubilet and Jennifer Hayes, who had joined him on a previous expedition to the Antarctic. Hayes and partner Doubilet are prominent members of National Geographic’s Explorers Club, with Doubilet winning the prestigious Lowell Thomas Award for outstanding photographic exploration in 2000. After hearing of Aw’s new venture, they jumped aboard immediately. Doubilet describes the expedition as ‘one of the most rewarding experiences of my ocean life, capturing the sights, sounds and soul of this world to create a body of work that inspires change’.

Another colleague whom Aw was thrilled to include was Dr Sylvia Earle, who acted as chief scientist for the expedition. One of the world’s foremost ocean activists, she is the founder of Mission Blue, SEAlliance and Deep Ocean Exploration and Research, and the first female Chief of the US National Oceanic and Atmospheric Administration. Known in the marine science community as Her Deepness, Dr Earle has logged more than 7,000 hours underwater and led 100 expeditions. Celebrating her 80th birthday on board Polar Pioneer, she snorkelled through icebergs at 81°N and enjoyed a cocktail on the sea ice.

A vital but dwindling environment

The Arctic Circle is an imaginary line drawn across the top of the globe, traversing the upper regions of Canada, Russia, Alaska, Greenland, Norway and Iceland. Known by children worldwide as the home of Santa Claus, the Arctic is riotous, colourful and freezing cold. The landscape is diverse and dramatic, encompassing sea ice, tundras, mountains and 14 million square kilometres of ocean. Beloved wildlife such as reindeer, polar bears, seals and puffins inhabit the cliffs and valleys. Glaciers calve in the great bays of the Arctic, producing enormous icebergs that cruise silently through the ocean. The reflective cap of Arctic ice also plays an important role in regulating the climate.

‘Sea ice reflects the light and heat of the sun back into space and helps keep our planet cool,’ explains Aw. ‘As sea ice melts, dark ocean water is revealed and it absorbs heat. More heat means more melt and more exposed ocean, and the poles are warming faster than anywhere else on our planet.’

The high Arctic made an unforgettable impression on the Elysium team. From long dives with harbour seals and walruses to snorkelling with giant icebergs, every day was different. After a week with no sightings of any polar bears, artist Wyland decided to make one for himself. Using a shovel, Wyland traced a huge polar bear in the fresh snow, with coffee grounds marking out a nose, mouth and two dark eyes. The 35-metre sketch was the largest piece of art ever created in the Arctic, and might have evoked some of Aw’s ‘ocean magic’ – the team saw their first polar bear the following evening. 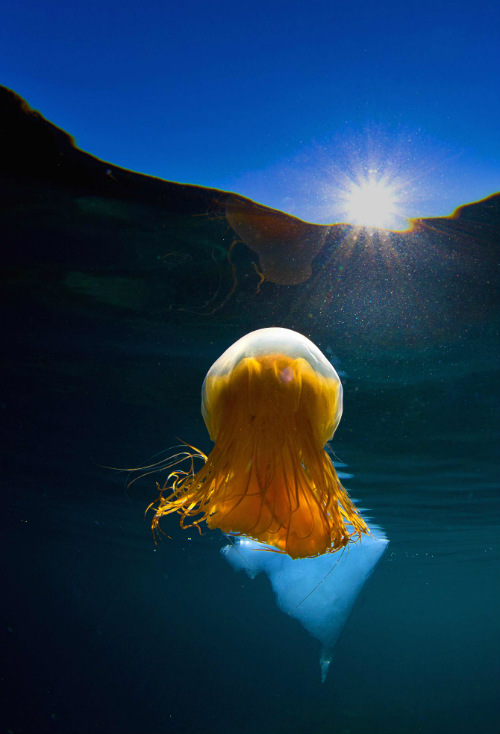 Science writer Cheryl Lyn Dybas described the Arctic as ‘beginning and ending with ice’. Since 1992, more than 80% of the Arctic ice platform has been lost. This is a greater melting pace than at any other time in human history, posing a huge threat to wildlife habitats and hunting methods. Polar bears use sea ice to trap prey, sniffing out a seal’s breathing hole and waiting for the seal to surface. As sea ice melts, the bears are forced to roam for their food, even eating human garbage. The Elysium team witnessed a young polar bear arduously climbing bird cliffs at Alkefjellet in search of guillemot chicks to eat. ‘It was akin to someone climbing a mountain in Yosemite for a bag of chips,’ says Aw.

Reminders of the region’s environmental threats were never far away. ‘Sometimes we would sit in near silence just taking in the ethereal scenery,’ says project manager Alex Rose:

We could hear an extremely faint but constant popping sound [that] was coming from tiny air bubbles in the ice bursting as they melted in the unseasonably warm water. Imagine walking across a sheet of bubble wrap – that’s what it was like.

The Polar Pioneer’s captain helped artist Toby Wright to understand the long-term effects that climate change has had on the Arctic ecosystem:

I saw the captain’s 40-year-old map for the fjord we were entering in Greenland. This map had a new line pencilled in every year for the safety boundary from the glacier’s edge. I could see the ghost lines from previous decades, and it was a one-way scenario. Each new line clearly indicated a retreating glacier, and it was accelerating.

Alongside their scientific documentation, the photographers and artists created thousands of pieces featuring the polar icons of the north. Michael Aw believes that the combination of art and science can motivate people to take meaningful action about climate change. Though the current melt rate is dire, it’s not too late to save the Arctic’s delicate ecosystem. ‘No-one can do everything, but everyone can do something’, he says.

The arresting photographs taken by the Elysium team are the centrepiece for the Elysium Arctic outdoor exhibition, opening on 7 August outside the museum’s Wharf 7 building. Inspired by Michael Aw, and sponsored by Aurora Expeditions, the museum has ensured that the exhibition’s materials are recyclable for minimal impact on the environment. Walk through a stunning collection of works showcasing a unique environment that is rapidly disappearing, and experience magic for yourself.

View all posts by ANMM Guest→
Posted in: Exhibitions , Oceanography , Elysium , Arts and Culture , Wildlife Photographer of the Year
↑