On 4 March, I joined fellow maritime archaeologists Kieran Hosty (Australian National Maritime Museum) and Irini Malliaros (Silentworld Foundation) to participate in 2019 Clean Up Australia Day activities. Our target was the Museum’s boat basin and waterfront, both of which see a high volume of daily pedestrian traffic and have, unfortunately, become an inadvertent (and occasionally intentional) dumping ground for rubbish.

The boat basin and waterfront are home to the Museum’s fleet, and a number of interpretive displays and commemorative artworks. They even host three artificial reef habitats, and serve as a ‘training area’ for the Education Section’s Remotely-Operated Vehicle (ROV) workshops. It was only logical then that these waters would be the focus of our Clean Up Australia Day initiative.

It's a sign (of the rubbish in the sea)! Our maritime archaeologists removed this 'Warning: Wet surfaces' sign from our wharves today during a #CleanUpAustraliaDay dive with @SilentworldFdn. They also found a scooter, sunglasses, wine bottles and a power saw. Phew. #cleaneroceans pic.twitter.com/BIigCRwmo9

After donning our dive gear on one of the Museum’s pontoons, we entered the water and began scouring the bottom for trash. Despite relatively poor (approximately 1-2 metre) water clarity, we spotted and retrieved a number of items from beneath the pontoon in very short order—including plastic water bottles, glass alcohol bottles, electrical extension leads and plastic coffee cup lids. We then moved along the seawall that fronts the Museum and encountered a significantly greater number and variety of objects that ranged from mobile phones to power tools. Indeed, no less than three bright orange traffic pylons (witches’ hats) were found in this area, as was a child’s scooter that was still largely functional!

The dive lasted a little over an hour, and for much of it we were followed and filmed by an Open ROV operated by Sabina Peritore from the Museum’s Education Section. Some of the footage that it captured was later posted on Facebook and other social media platforms. Irini and I captured additional footage and still images in conjunction with our trash-collecting activities, and captured a few memorable moments—including a clip of Irini modelling a pair of sunglasses with marine growth ‘accents’. At the conclusion of the dive, all recovered items were sorted into rubbish and recyclables—with the vast majority falling into the latter category—and properly disposed of. 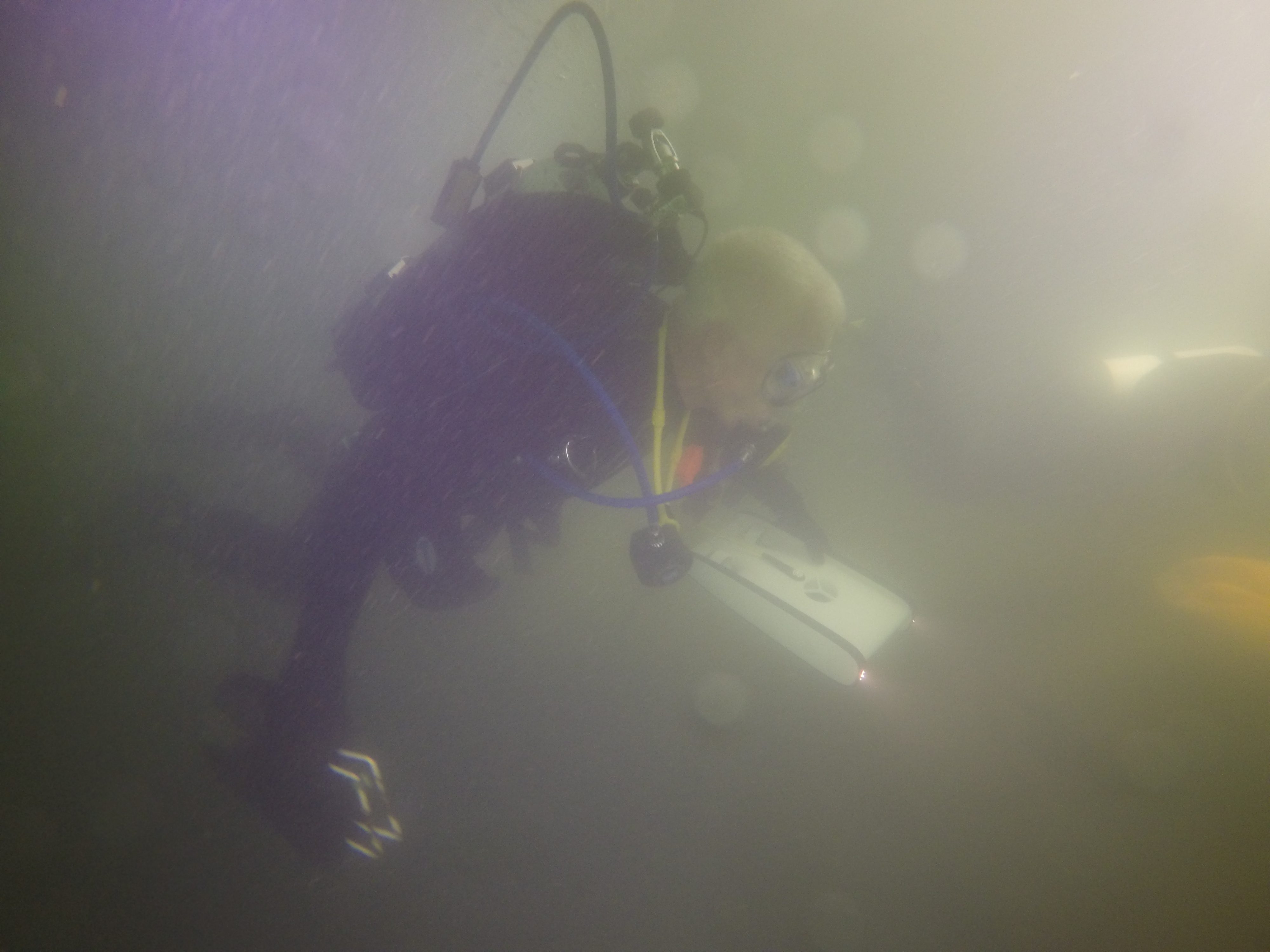 As finders of items of antiquity lost or intentionally discarded in the water, maritime archaeologists offer a unique skill set in the discovery and removal of modern rubbish from our oceans, lakes, rivers and other waterways. Our team was delighted to contribute in a meaningful way to Clean Up Australia Day, and look forward to participating in next year’s event. Until then, we will endeavour to remove rubbish from our waters whenever—and wherever—we encounter it! 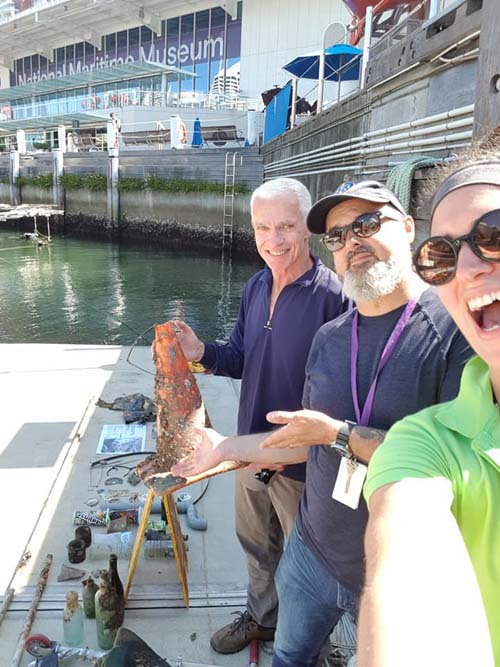 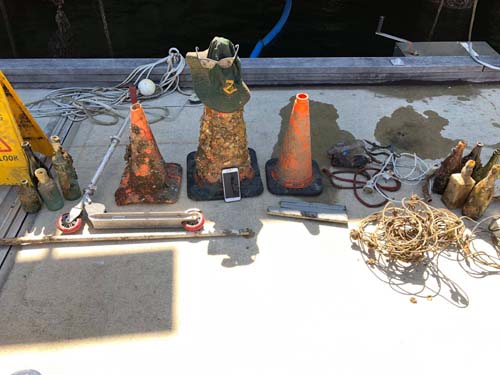 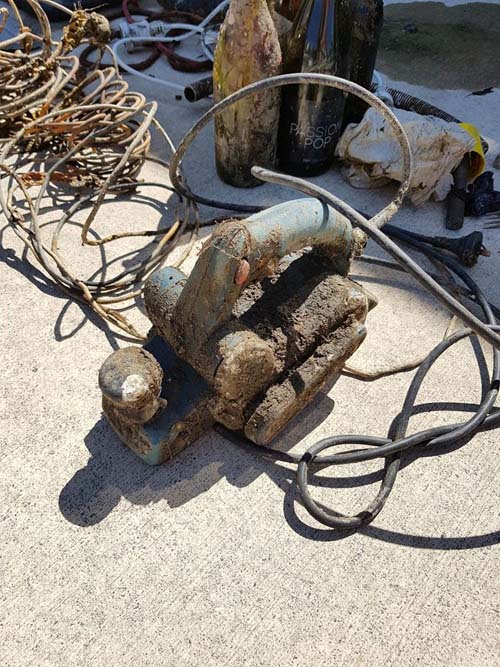 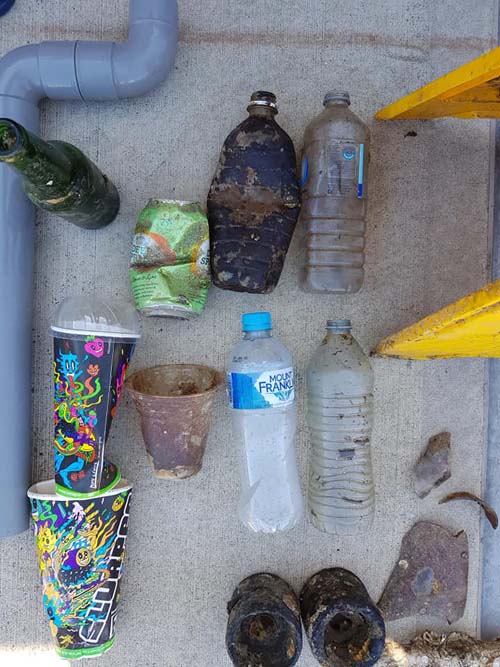 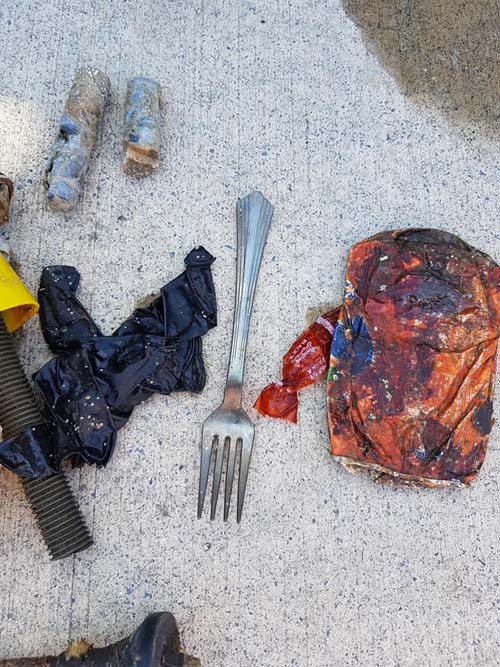 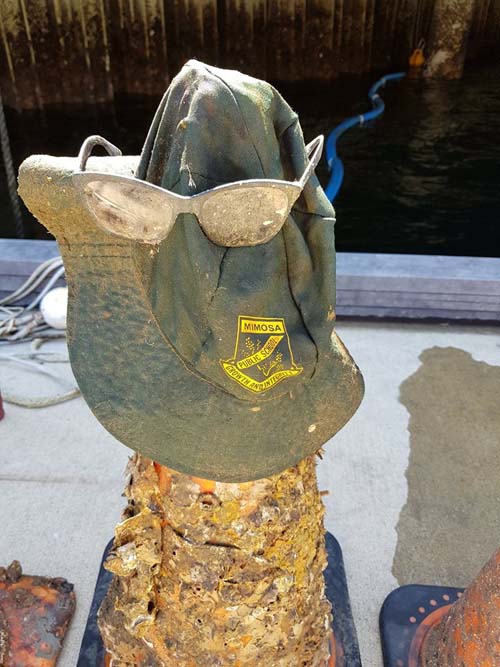 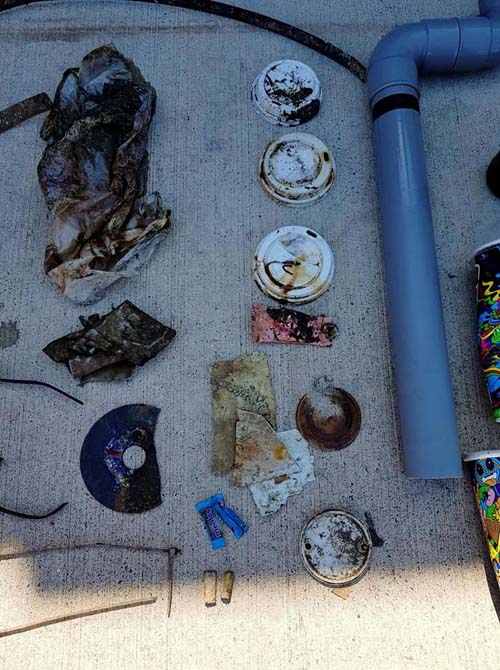