The Australian National Maritime Museum acknowledges the Yolngu people as the traditional custodians of the lands and waters of North-East Arnhem Land. We pay our respects to them and their elders both past and present.

The Yirrkala bark paintings are held in the ANMM collection and were purchased with the assistance of Stephen Grant of the GrantPirrie Gallery.

The Museum would like to advise visitors that this content may contain the names and artwork, by deceased Aboriginal and Torres Strait Islander people. 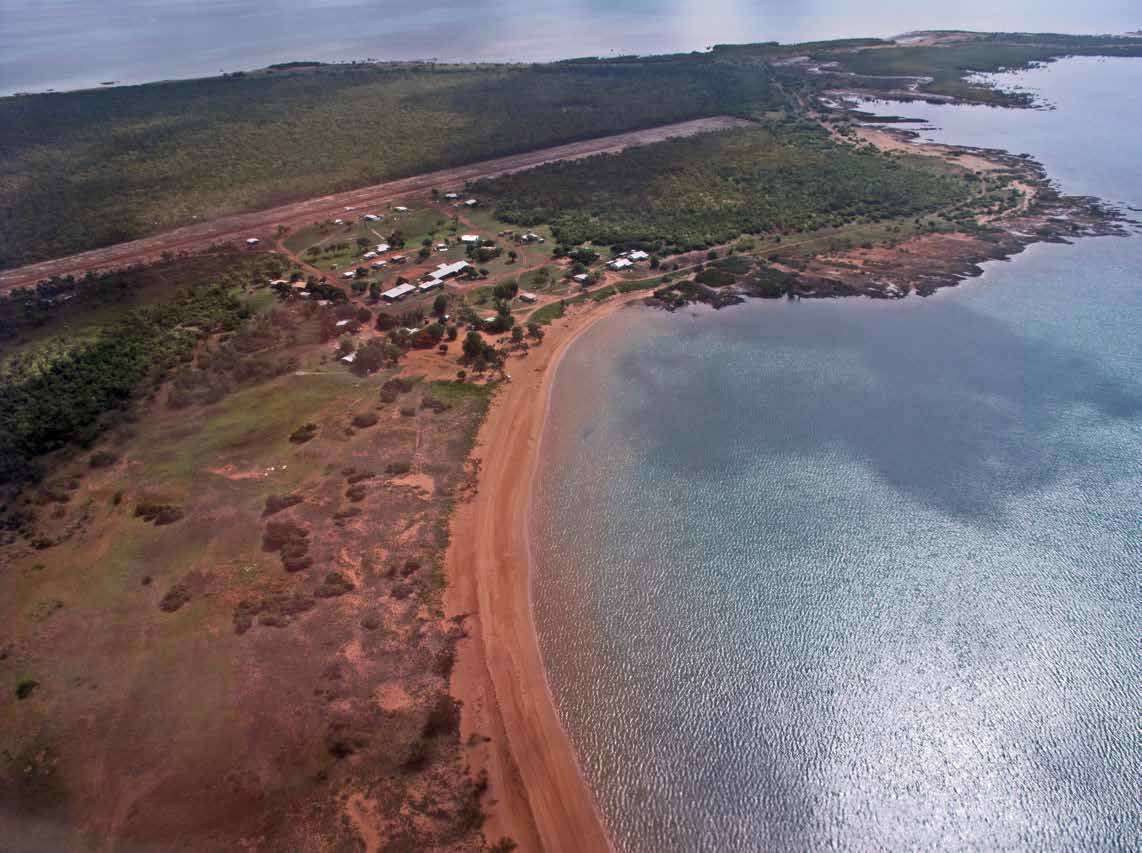 30 July 2018 marks ten years since the landmark High Court decision that granted sea country legal rights to the Yolŋu people of the Northern Territory. The exhibition Gapu-Monuk Saltwater: Journey to Sea Country centres around 40 Yirrkala bark paintings from the Saltwater Collection, created by the Yolŋu artists who petitioned for sea rights by painting their Saltwater Countries onto bark and revealed sacred patterns or designs, known as Miny’tji, as evidence of their connection to Blue Mud Bay. This legal fight was just one small part of a much richer Indigenous history and relationship to the sea. 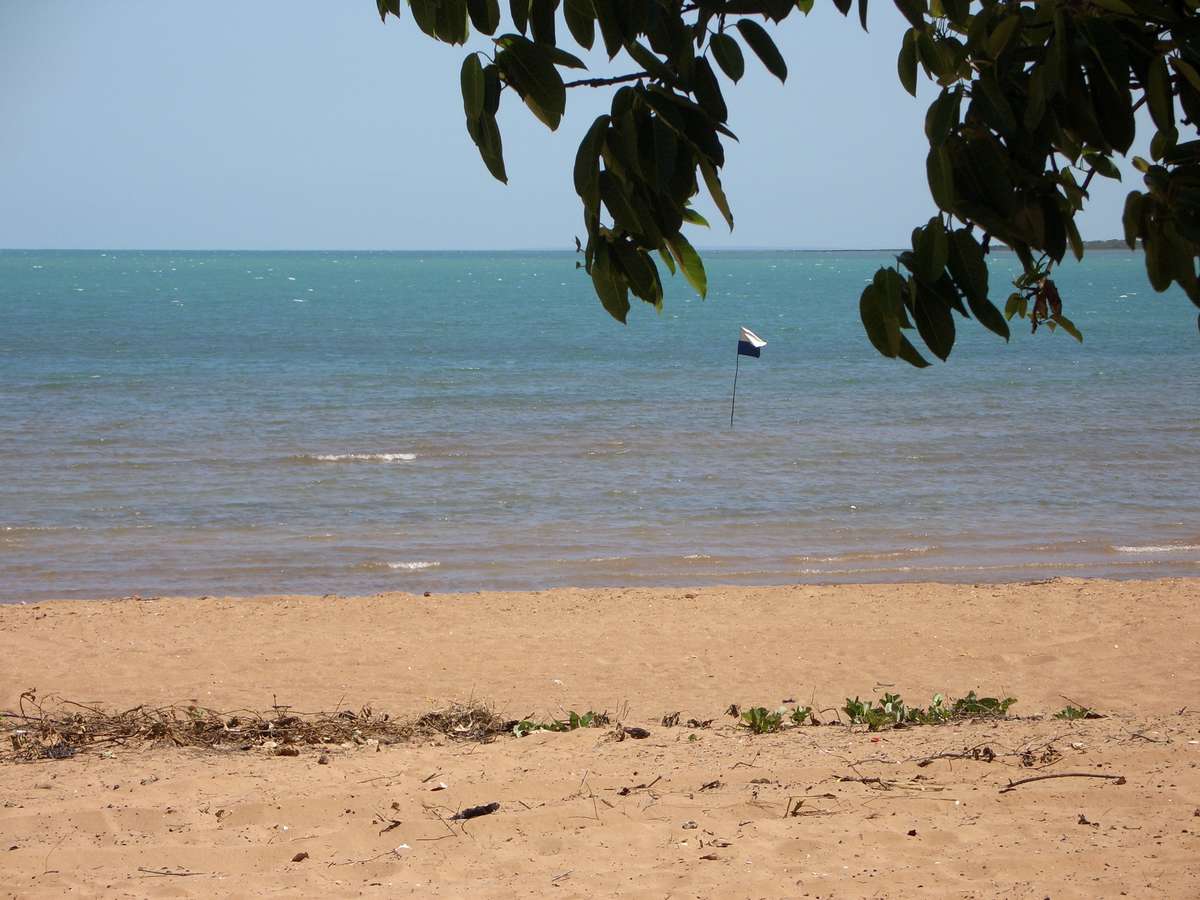 The Blue Mud Bay Sea Rights flag was created for the landmark Blue Mud Bay Case. Since that decision, the Australian National Maritime Museum is the first Federal agency or any organisation to fly the flag outside of the Northern Territory. Here the flag is shown in the waters of Blue Mud Bay. ANMM Collection 00054886.

The precursor to the Aboriginal Land Rights (Northern Territory) Act 1976 (Cth) was the Woodward Royal Commission into Aboriginal Land Rights. In Justice Woodward’s initial report in 1973, he noted that the questions raised by communities included ‘whether their land rights will extend out to sea and, if so, how far’.1

He further noted that: ‘It seems clear that Aboriginal clans generally regard estuaries, bays and waters immediately adjacent to the shoreline as being part of their land. So also are the waters between the  coastline and offshore islands belonging to the same clan.’2

In his final report, Justice Woodward recommended that a ‘buffer zone’ of up to two kilometres (from low tide) out to sea should be ‘closed’ to non-Indigenous people to protect Aboriginal land. The Northern Land Council had submitted that this be extended to 12 miles out to sea (approximately 19 kilometres).3 Justice Woodward noted that this two-kilometre distance was somewhat ‘arbitrary’, but he thought it would be enough to protect traditional fishing rights from non-Indigenous commercial fishers or tourists.4

However, Justice Woodward noted his commitment to such sea country rights, as he stated that: ‘The lesson of history is that any privileges which [Indigenous peoples] have should not lightly be put aside or reduced’.5

This recommendation was initially taken up by the Whitlam government when it drafted the original Aboriginal Land Rights (Northern Territory) Bill. There was then a sudden change of government on 11 November 1975 and, as a result, the bill lapsed. A new bill was introduced in 1976, but it did not contain the sea rights buffer zone. The Member for Hughes, the Hon Leslie Johnson, raised the issue of sea country rights in the House of Representatives on 17 November 1976. He said: ‘This omission has upset a large number of Aboriginal communities as it offers them no protection of their fishing …’.6

He referenced a number of letters sent by communities, such as Yirrkala, fighting to keep these sea rights. However, all attempts to amend the 1976 bill to reintroduce the two-kilometre sea country rights buffer zone were unsuccessful.

Instead, a provision was inserted into the bill that became the Aboriginal Land Rights (Northern Territory) Act 1976 (Cth) allowing the Legislative Assembly for the Northern Territory to make ordinances regulating or prohibiting the entry of non-Indigenous persons to seas within two kilometres of Aboriginal land.7

The Northern Territory did this by providing for sea closures in the Aboriginal Land Act (NT), yet any non-Indigenous person who held a current commercial fishing licence was exempted from this and therefore could continue fishing in these ‘closed seas’.8 Further, applications for sea closures were a long and expensive process, involving lawyers and a multiple day hearing before a Land Rights Commissioner. Only two sea closures were ever granted 9 and that was back in the 1980s, although the law still exists on the books.

The fight then shifted towards native title. Mabo (No 1)10 did, in fact, contain a claim that the Meriam people had inhabited and possessed the islands and ‘their surrounding seas, sea-beds and fringing reefs’ and claimed native title to these areas. However, a technical legal issue saw this aspect of the claim not go to the High Court in Mabo (No 2).11 Yet, at a symposium in 1993, just one year after the Mabo (No 2) decision, the eminent Professor of native title law, Richard Bartlett, stated: ‘Mabo extends to the sea. There may be problems of proof, but they will be no more onerous than on land’.12

The first legal fight for native title to sea country also occurred in the Northern Territory: the people of Croker Island went to the High Court and had native title recognised to their seas surrounding their island in 2001.13 We have now seen a number of successful native title claims to sea country – including around Blue Mud Bay,14 as well as the largest-ever native title claim to the sea in the Torres Strait.15 That determination stretches for 44,000 square kilometres and includes a historic right to fish commercially. 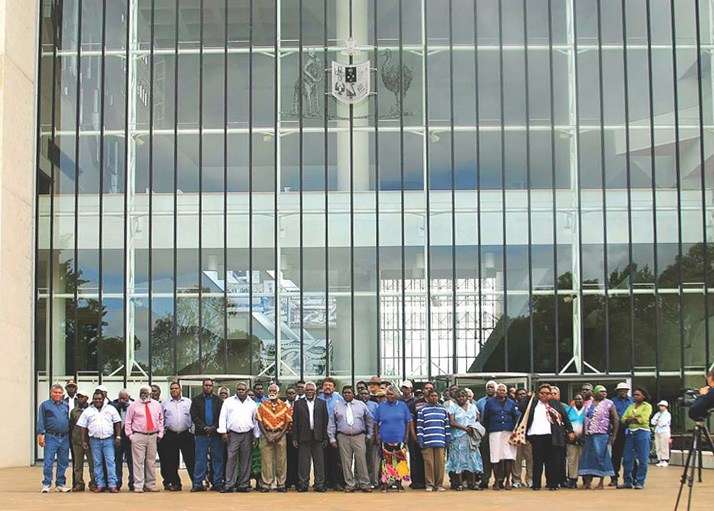 All native title determinations to the sea are non-exclusive, which means that the native title holders cannot control who accesses their sea country. This non-exclusivity is due to the international law right of innocent passage and the public rights to fish and navigate which came from English legal traditions. A now-retired High Court judge, the Hon Michael Kirby AC CMG, expressed frustration at this reasoning. He said the view that native title rights to the sea could only ever be non-exclusive was ‘unduly narrow’, and ‘the situation of this group of indigenous Australians [in the Yarmirr/ Croker Island case] appears to be precisely that for which Mabo (No 2) was decided and the [Native Title] Act enacted’.16 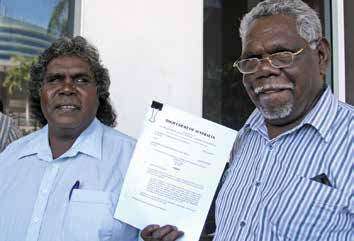 The piece of country that is sometimes wet, and sometimes dry

Then came the fight for Blue Mud Bay. The Blue Mud Bay case17 was about the Yolŋu peoples’ fight for the intertidal zone – the piece of country that is sometimes wet and sometimes dry. To the Yolŋu peoples, there was and is no distinction between wet and dry, it is all their country. The legal question was whether the intertidal zone was ‘Aboriginal land’ under the Aboriginal Land Rights (Northern Territory) Act. But really, this case was about controlling access – who could access those waters, and did they need permission from the traditional owners of the sea country. The practical outcome of the Blue Mud Bay case was that entry onto waters over Aboriginal land, for a purpose such as fishing, requires permission from the relevant Aboriginal Land Trust. This was exclusive ownership. Further, this case applies to approximately 85 percent of the coastline of the Northern Territory.18 This case is one of the most important cases in the history of Aboriginal land rights. 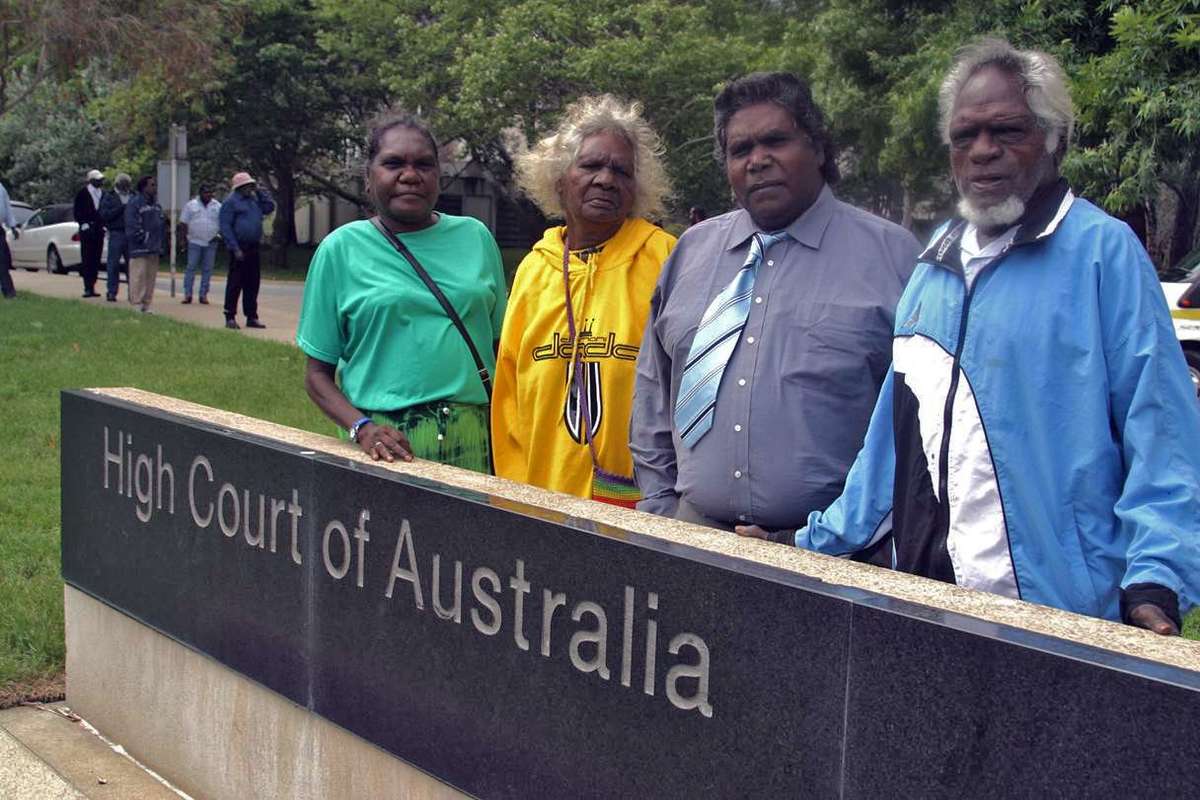 In each of these examples – sea closures, native title and the intertidal zone – strong Indigenous sea country communities have fought tirelessly, even in the face of legal setbacks along the way.

— Lauren Butterly, Lecturer at UNSW Law. She researches in the areas of native title, Indigenous heritage, environmental law and administrative law. She has particular expertise in relation to legal rights to sea country. Lauren holds a Bachelor of Arts (History) specialising in Indigenous history and a Bachelor of Laws with First Class Honours, both from the University of Western Australia.

This article appears in Signals no. 123 (June 2018) and is an edited transcript of a presentation given by Lauren Butterly at the Nawi: Travelling our Waters symposium, held at the museum in November 2017. Images in this article have been reproduced with kind permission of the Northern Land Council.

9 The sea closures are located off the coast of Arnhem Land – the Milingimbi, Crocodile Island and Glyde River area and Howard Island/Castlereagh Bay area.

11 Richard Bartlett, ‘Aboriginal Sea Rights at Common Law: Mabo and the Sea’ in Turning the Tide: Papers Presented at the Conference on Indigenous Peoples and Sea Rights, 14 – 16 July 1993, Darwin, pp 10 – 11.

19 For further analysis on this point see: Lauren Butterly, ‘A decade on: What happened to the historic Blue Mud Bay case (and why is it in the news again)?’ on AUSPUBLAW (20 June 2017).

View all posts by ANMM Guest→
Posted in: Exhibitions , Indigenous
↑