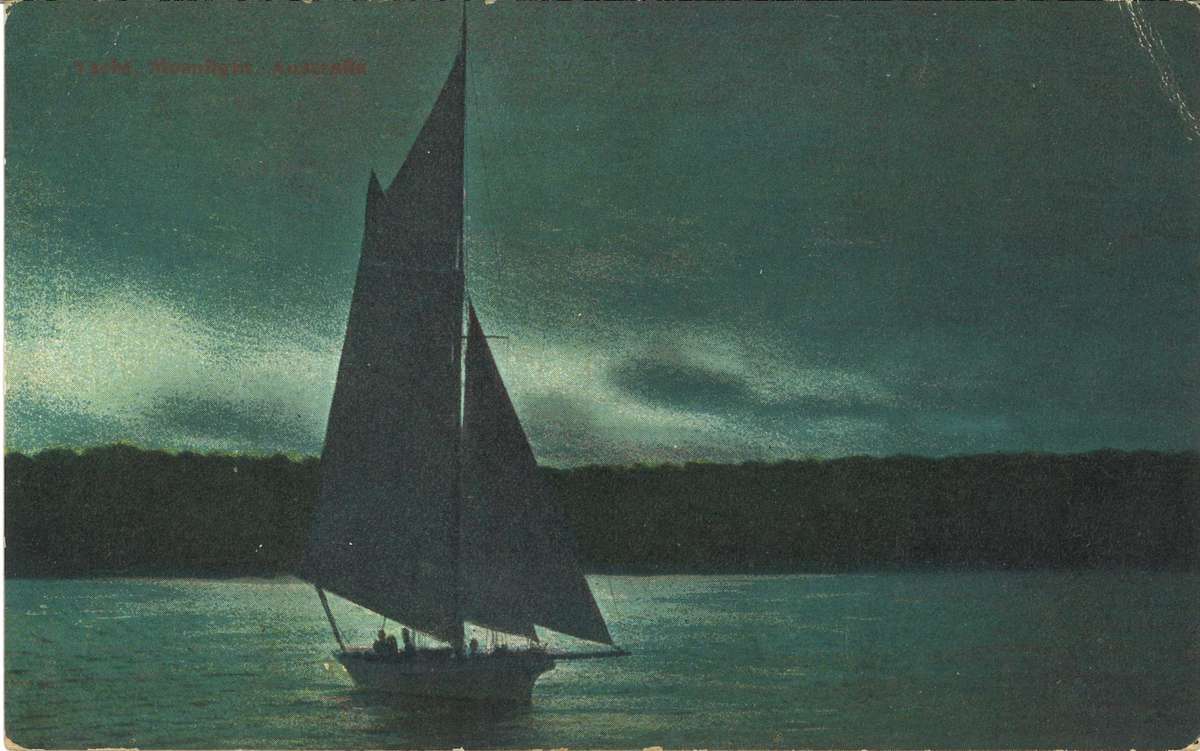 Despite the atmospheric picture, the message on the back of this card from the Watt collection is short. For years 'Daisy' and 'Bill' were strangers to the museum. ANMM Collection ANMS0410[048].'>

‘Daisy, I am sending the basket tomorrow. Bill’. Despite the atmospheric picture, the message on the back of this postcard from the Watt collection is short. For years ‘Daisy’ and ‘Bill’ were strangers to the museum. ANMM Collection ANMS0410[048].

Over the years, the museum has acquired various collections that have taken the dedicated owner many years (or often a lifetime) to compile. The time, energy and cost required to gather together this type of comprehensive material can be enormous and so part of the unseen value of these collections is the story of the donor themselves.

In 1993, a collection of hundreds of photographs, drawings, postcards, papers and memorabilia featuring and related to ships was donated to the museum. It was clearly a collection that had taken a lifetime to accumulate by a dedicated and passionate individual. We were given the name Mr John Watt of McLean, New South Wales, as the collector. 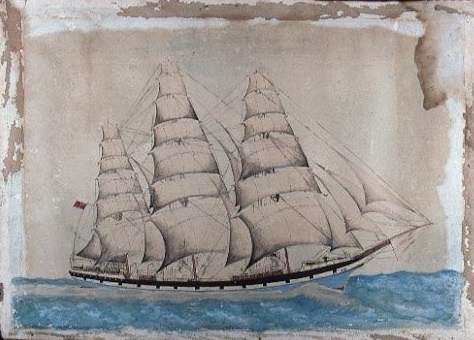 A sketch from the Watt collection featuring a three-masted full-rigged ship at sea. ANMM Collection 00030198.

Just who was John Watt?

Mr John Watt died in 1992 and the executor of his will thought the museum might be interested in this extensive maritime related collection. But very little was known of Mr Watt. The only information we had for him was that he ‘had been a member of numerous historical societies, and in 1954 was secretary of the Newcastle Ship Lover’s Society’. His father was a sea captain, who worked in the Australian coastal trade and assembled most of the photographs in the collection. John Watt had lived in Iluka, New South Wales, for most of his life and died at the age of 75. 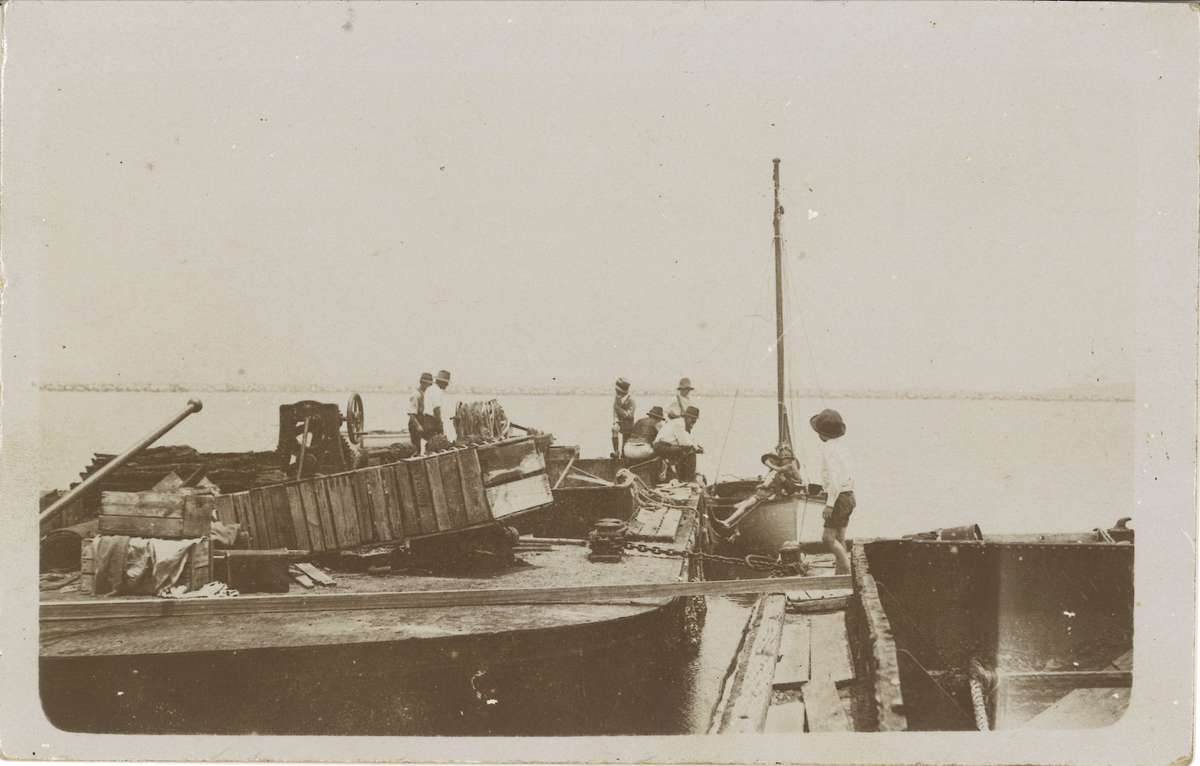 A previously unidentified image from the Watt collection. Thanks to some detective work from the Iluka Museum we now know this is Iluka Bay, in front of Hickey’s Store/Post Office. The metal barges/punts were used for landing people and supplies for Hickeys. ANMM Collection ANMS0410[086].

Clearly, both Mr Watt senior and Mr Watt junior were passionate about ships, shipping companies and anything maritime related. There were sketches and small paintings in the collection which showed a keen amateur artist, and the numerous postcards suggested that he was part of a large and loving family. But the whole story remained ambiguous and the large collection waited for more research to be done on it.

Recently, Janet Hauser from the Iluka Museum contacted us after seeing a record related to John Watt on our collection website. Janet mentioned that the Iluka Museum also had material from John Watt as the Watt family were an integral part of the Iluka community for many years. This small enquiry by Janet has led to the museum being able to find out more about the family, who spent more than one lifetime compiling a vast collection documenting the history of coastal shipping in Australia. 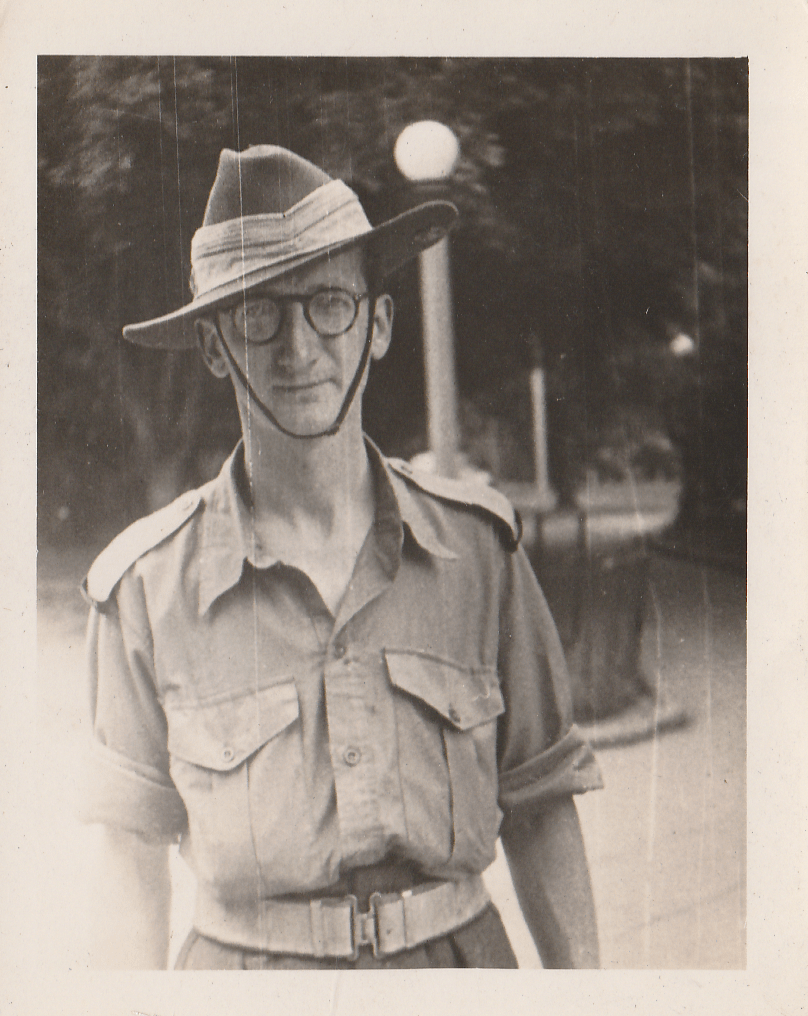 The face behind a collection

We now know that John Watt Jr was born to John Watt Sr and Francis Hickey. The Hickeys were said to be a very close family and whole Hickey family lived in their original home/post office/store in Iluka from 1887. John Watt Jr inherited the property and lived there until his death in 1992. We now also know that he served in the army during World War II in the Royal Army Service Corps, never married and like his father, John Sr, remained passionate about vessels and local history all his life. 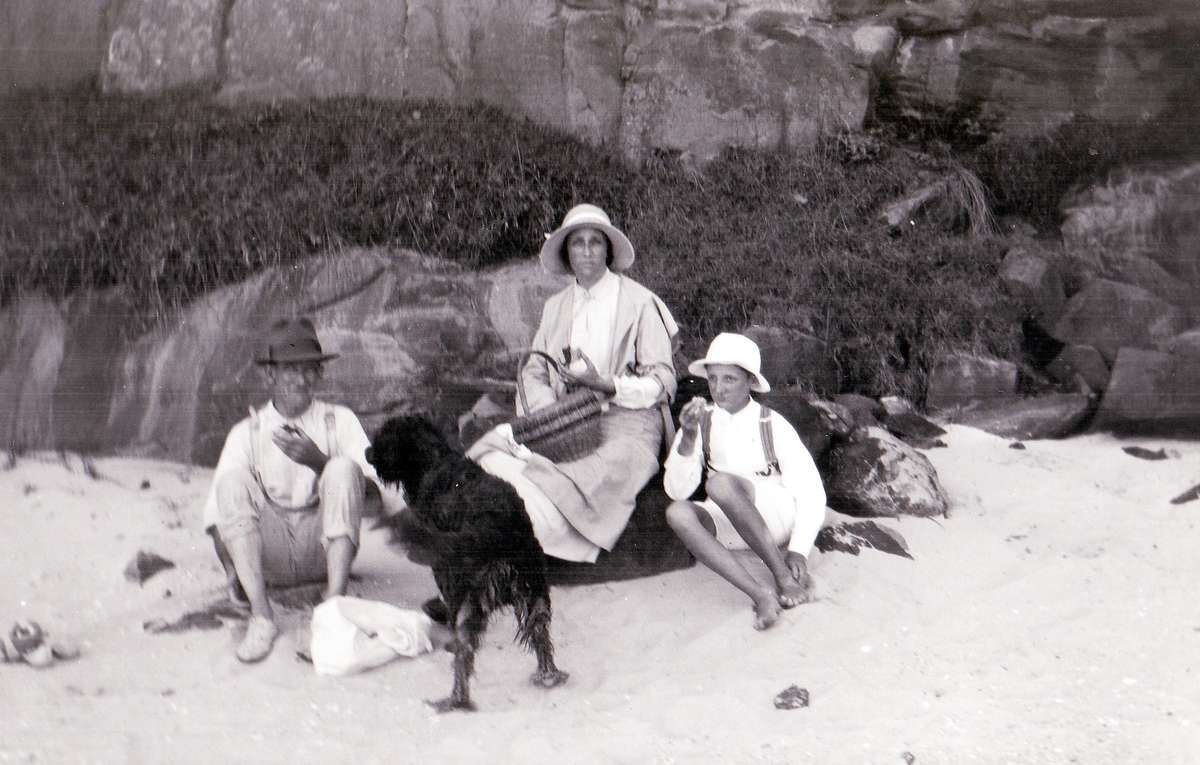 Through the efforts of Janet Hauser and her contacts at the Iluka Historical Society, we have at last been able to put a face, a family, a history and a life to John Watt Jr. This information adds vital and much-needed context to the material acquired by the museum 25 years ago. 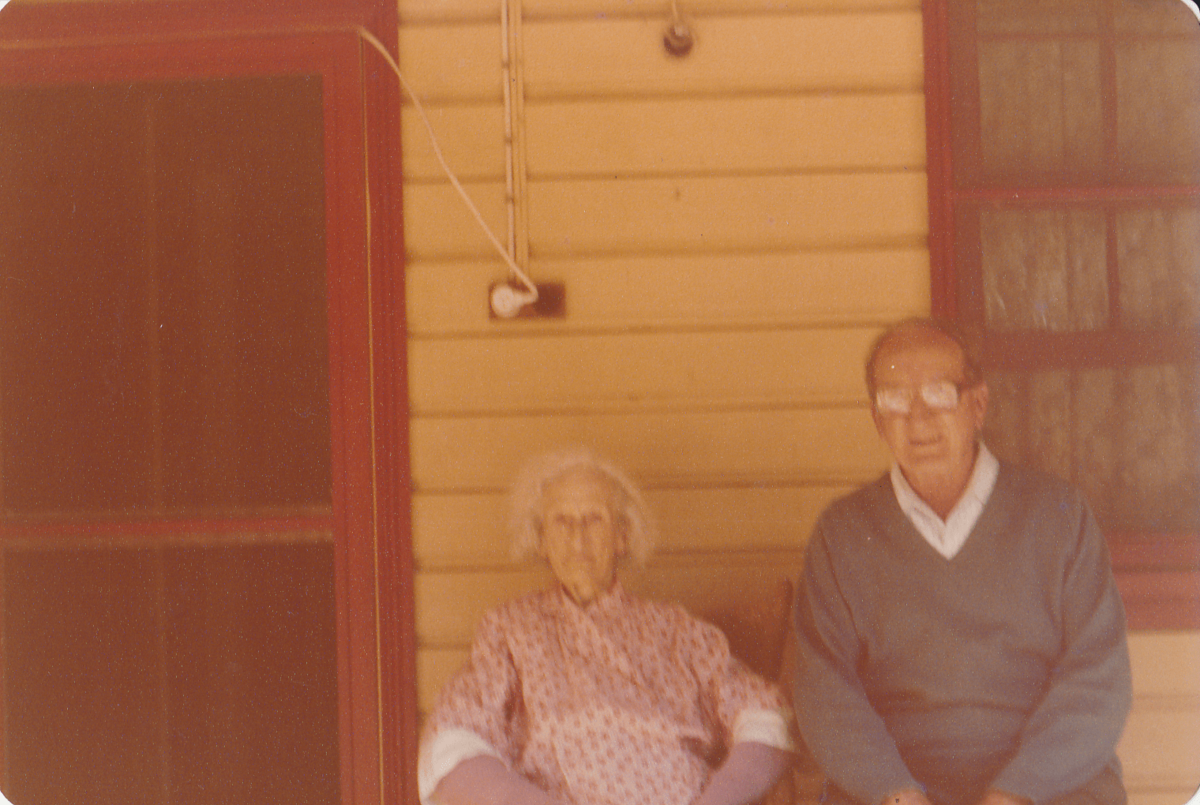 John Watt Jr and his mother Francis at the old Ilulka post office. Image courtesy of the Iluka Historical Society.

Collections are important for what they hold but they are also made by wonderfully passionate people. The collector can have as much relevance to the story of the collection as the assemblage of items. For me, there is a sense of relief that John Watt can now exist as a person, with a history, and is no longer a just name in the acquisition file.

Our collection is accessible online, thanks to the Registration department’s on-going digitisation project.

View all posts by Myffanwy Bryant→
Posted in: Arts and Culture , From the collection
↑