As the year crawls to its inevitable end and we turn our thoughts to Christmas, it is important to keep things in perspective as the trials of the season also begin to appear. Usually, these occur doing the early stages of Christmas travel. The trips we so eagerly planned mid-year start becoming a reality as we hit the waterways, roads and airways for the ‘break’ we have been anticipating. Somehow in our planning, we conveniently forget the crowded Pacific Highway or the moorings that are hard to secure in our favourite ‘secret’ bay. The airport queues seem longer this year and we are again surprised that so many other people seem to have had the same idea as us. No matter what tales of Christmas travel woe you’ve endured this season, rest assured, someone has had it worse than you. In fact in 1911 a journey was undertaken that became known as ‘The Worst Journey in the World’. 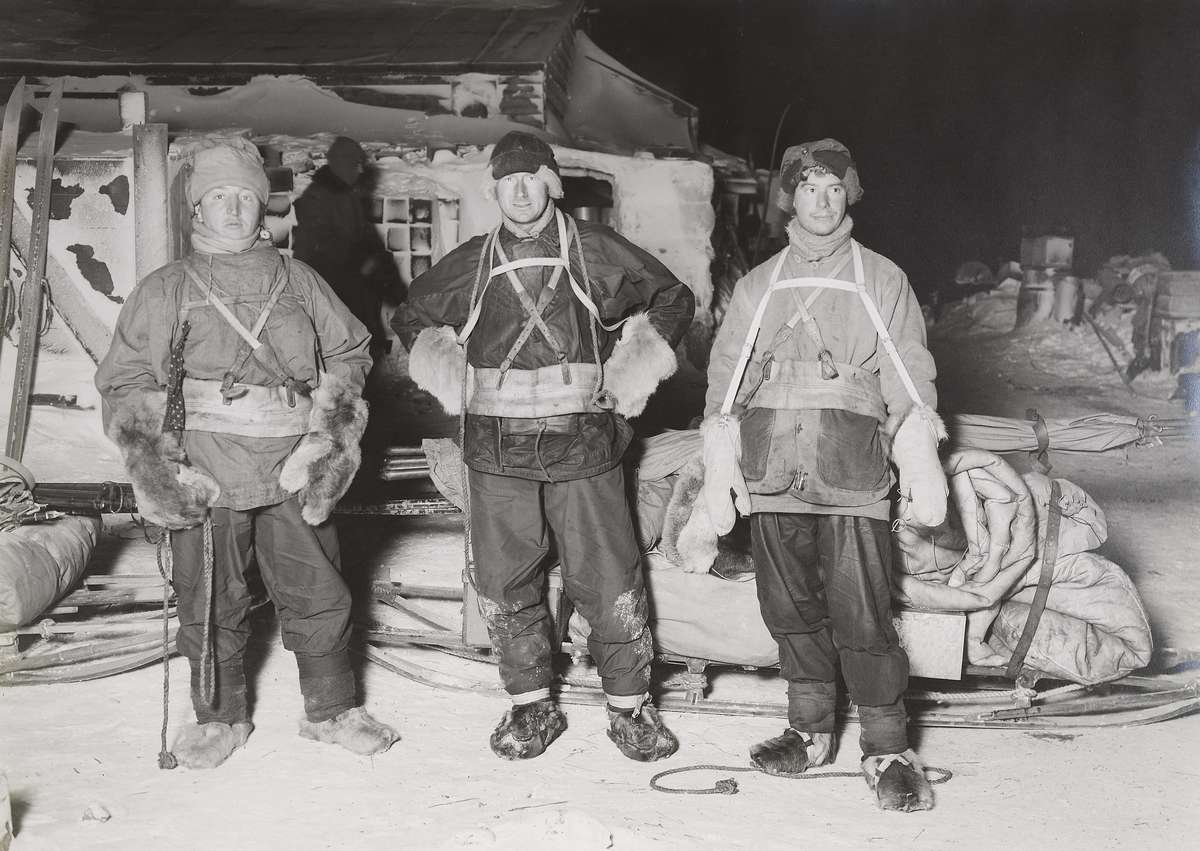 Henry Bowers, Edward Wilson and Apsley Cherry-Garrard as they depart Cape Evans on what would become known as “The Worst Journey in the World”.

On June 22, 1911, known as Midwinter Night, 24-hour darkness ensued and a small band of men threw a Christmas party in Antarctica at Scott’s Hut at Cape Evans. There was a tree made of a ski stick with bamboo branches and feathers tied to each end. There were small presents and good cheer with the verdict at the end of the ‘night’ being as it was a ‘magnificent bust’. Then, like many of us across the globe, three of the men set out on a well-planned trip that had the potential of being a tremendous success or a near-death experience. What would play out over the next five weeks was a tale of extraordinary endurance, camaraderie and self-discovery that Sir Robert Falcon Scott called ‘The Worst Journey in the World’.

The Worst Journey in the World

In pitch black and with the temperature averaging at around -50C, Edward Wilson, Henry Bowers and Apsley Cherry-Garrard set out on to collect Emperor penguin eggs from a rookery 112 kilometres away at Cape Crozier. Although they knew they would encounter difficulties, not the least being constant darkness and unimaginable coldness, the men could have had no idea that was waiting for them. In Cherry-Garrard’s own words ‘this journey had beggared our language: no words could express its horror.’ 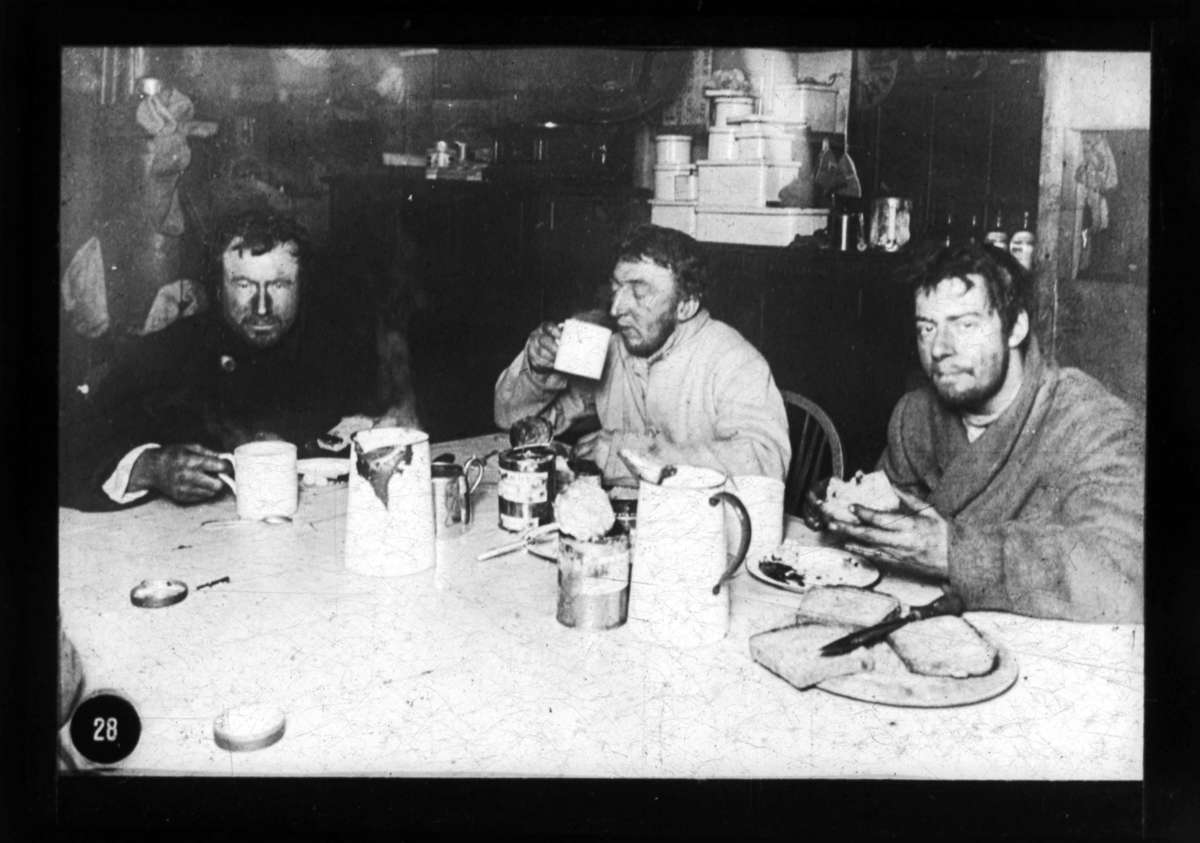 Wilson, Bowers and Cherry-Garrard having a well-earned meal on their return after five weeks in extreme conditions and darkness. ANMM collection 00053963.

To read Cherry-Garrard’s book is harrowing. Blizzards, falls into crevasses and a lost tent were only some of the unplanned occurrences that very nearly killed them. Despite the humour of hindsight, it is clear that many years later Cherry- Garrard still felt the shock of having survived those weeks. He was humbled that they, Bowers and Wilson in particular, had dealt with the situation with such good will:

‘It is extraordinary how often angels and fools do the same thing in this life, and I have never been able to settle which we were on this journey. I never heard an angry word: once only (when this same day I could not pull Bill up the cliff out of the penguin rookery) I heard an impatient one: and these groans were the nearest approach to complaint. Most men would have howled…Endurance was tested on this journey under unique circumstances, and always these two men with all the burden of responsibility which did not fall upon myself, displayed that quality which is perhaps the only one which may be said with certainty to make for success, self-control.’

On their return to the hut at Cape Evans, the men had a good meal and the shared jokes, memories and banter continued. They were different men than when they left a mere five weeks earlier but Cherry-Garrard would swear ‘there was still a grace about us when we staggered in. And we kept our tempers—even with God.’

And really at the end of it all, isn’t that also an achievement? All journeys have their bad times, even meticulously planned ones, but it is the goodwill and friendship through the trials that will be remembered long after the physical pain or inconveniences have gone.

So, if you find yourself this Christmas sitting in your cabin as relentless rain pounds the boat or in an airport waiting on a delayed flight, take some time to read Cherry-Garrard’s short book on how to really pull through with graciousness and goodwill to all. 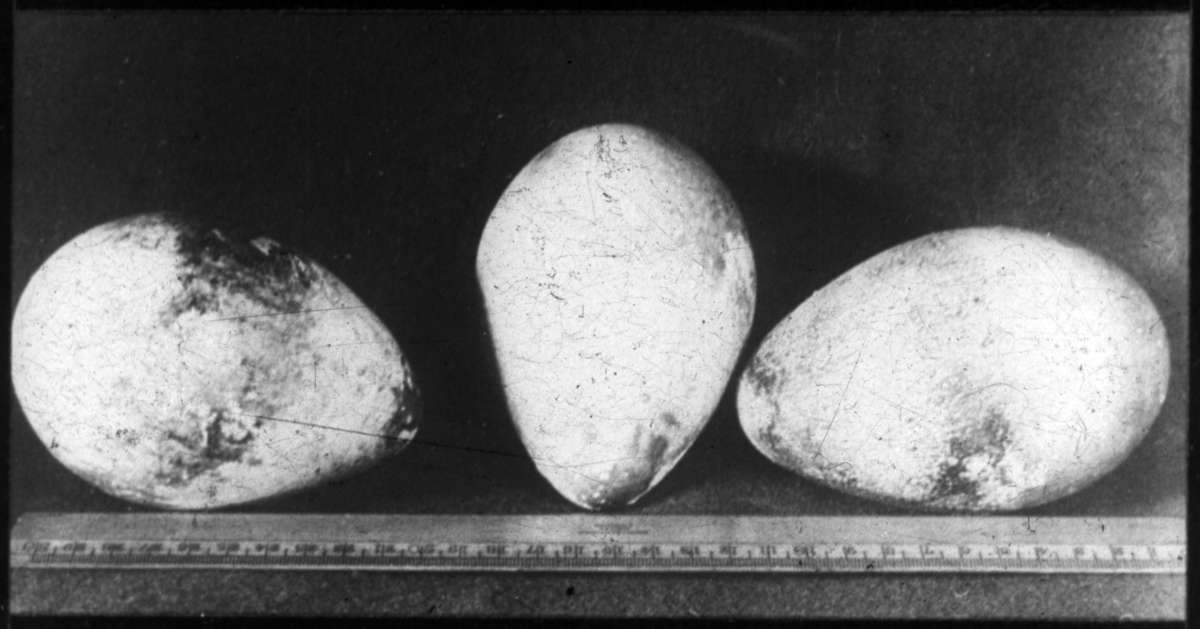 The three penguins’ eggs “for which three human lives had been risked three hundred times a day, and three human frames strained to the utmost extremity of human endurance“. ANMM collection 00053993.