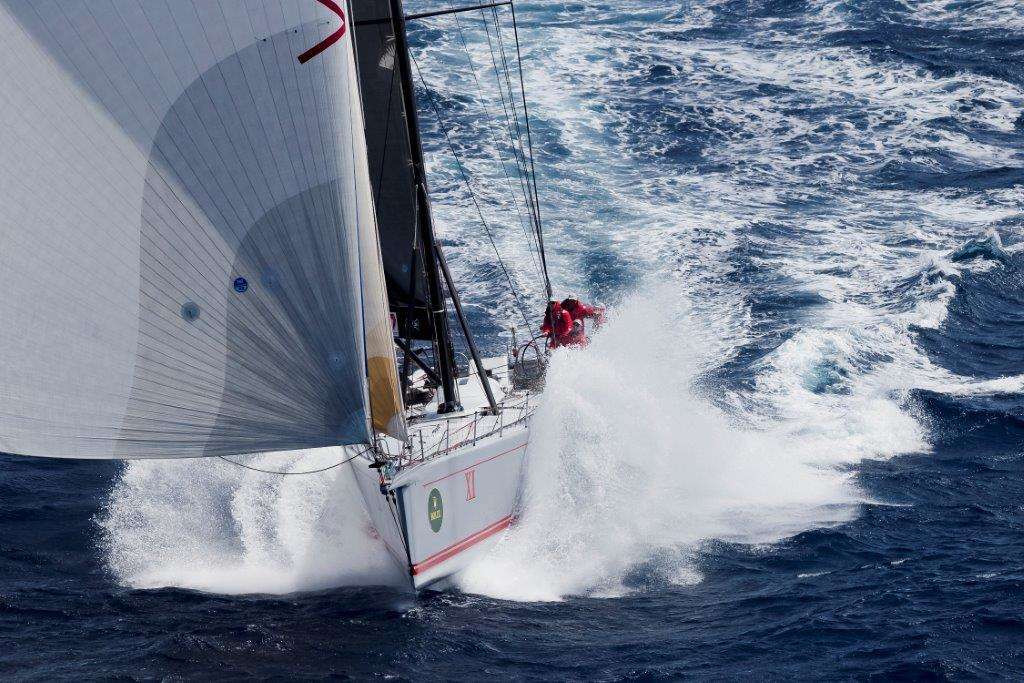 The supermaxi yacht Wild Oats XI is here at the museum for a short visit. Wild Oats and its crew have become an Australian sporting brand, recognised by the public as Australia’s premier racing yacht and team through their dominance of the iconic Sydney to Hobart yacht race, since Wild Oats XI was launched in 2005. This is Australia’s team, in the eye of the public Wild Oats XI is defending the country’s pride in the nation’s major ocean race – and its public adoration is thoroughly deserved. 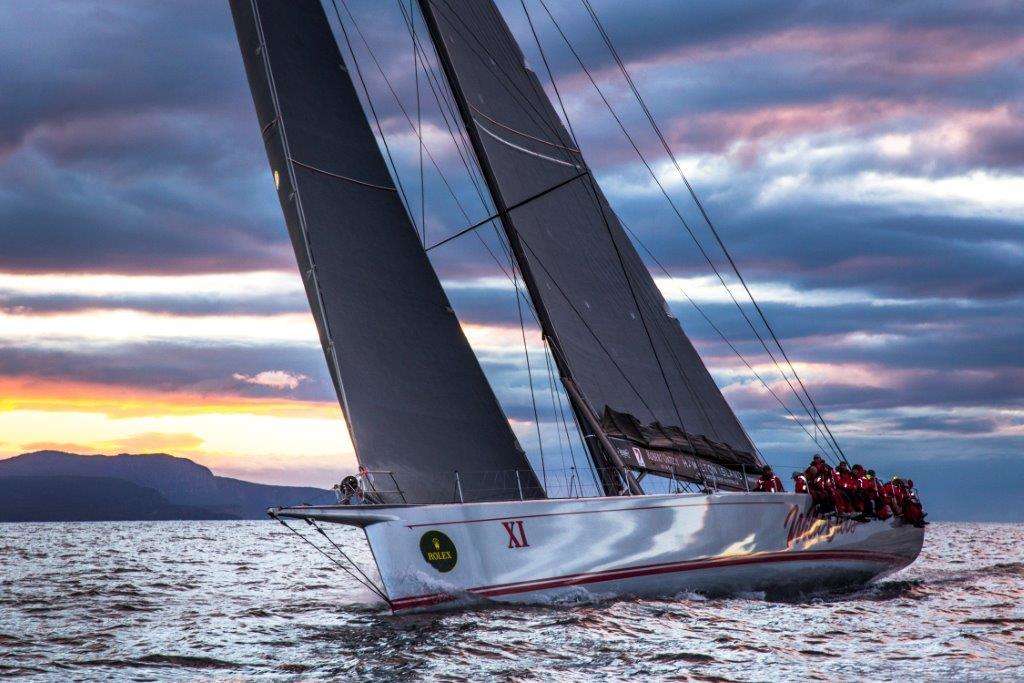 The national focus of the Sydney to Hobart is always on the boat to finish first, and in this regard, Wild Oats XI has an impressive scorecard. It has claimed eight line honours wins – at one point, with a run of four in a row! Twice it has achieved the Triple Crown: line honours, handicap win AND a race record. Wild Oats XI is one of the most successful yachts in the history of the arduous event and her helmsman, Mark Richards, is recognised as one of the race’s most successful skipper.

Wild Oats XI was launched just days before its first Rolex Sydney to Hobart Yacht race in 2005, and despite a limited warm up, it sprinted to the finish line and into history taking the Triple Crown for the first time since 1945, and that was when Rani won the race that began the annual event. Wild Oats XI’s record time for the completing the 628 nautical mile course was 1 day, 18 hours, 40 minutes, and 10 seconds. In 2012, Wild Oats XI shaved 16 minutes, 58 seconds off that record and pulled off another Triple Crown, an unprecedented result. Since then the record has been taken by arch-rival Perpetual Loyal, but  Wild Oats XI is ready to maximise the opportunity again  if the right conditions are present on the 26th of December this year and try to reclaim that record.

Beneath Wild Oats XI’s elegant silver-grey hull is a racing machine. The crew operate an engineering masterpiece and remember, long distance blue water ocean racing takes place over a matter of days, not hours. The team live and work on board, it’s like a military vessel where their off-watch habitation quarters are fitted around a high tech structure, first and foremost designed for racing (and winning). 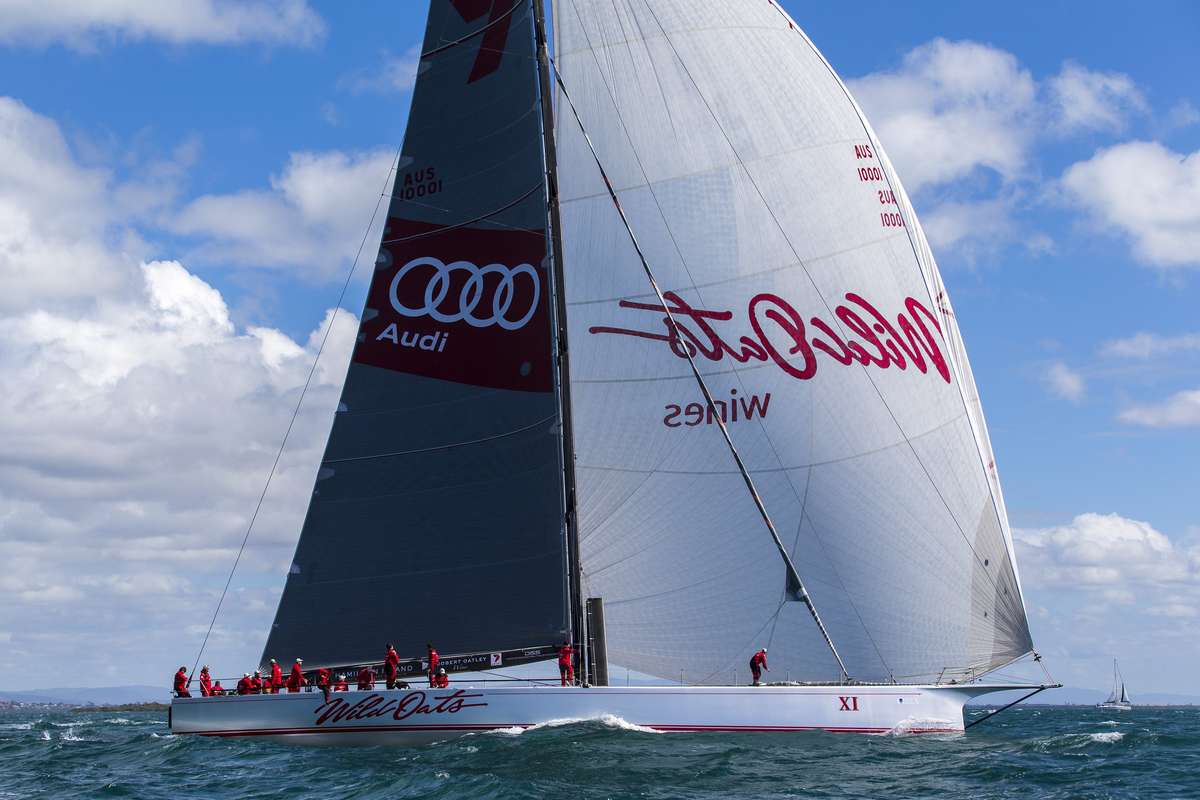 Wild Oats XI was commissioned by well-known winemaker the late Robert Oatley AO in 2005, the largest in a series of successful ocean racers he had owned and sailed on. It was designed by celebrated team Reichel/Pugh Yacht Design in San Diego USA. A protégé of Doug Petersen, John Reichel’s partnership with UK yacht designer Jim Pugh has produced a long series of successful ocean racing craft.

When the IMS rule took over from the IOR in the late 1980s as the means of handicapping offshore racing yachts it lead to cleaner/leaner and fairer hull shapes, assessed by computers for their potential speed rather than handicapped around a series of measurement points to produce a rating. Reichel/Pugh took advantage of the new direction in sleek racing yachts to create a sled like hull that dominated the local Trans Pac event from Los Angeles to Honolulu – a sleigh ride under spinnaker.

In 1999, their design Pyewacket for Roy Disney Jr (yes, Walt Disney’s nephew) grabbed the race and everyone’s attention, a narrow flat skateboard that was unstoppable. In 2004, Oatley invited Reichel Pugh team to produce his Wild Oats X, a 66-footer but wound up the ante with a canting keel, his perseverance with that concept helped pioneer the technology in ocean racing. When authorities drew the limit out to almost 100-foot maximum length for offshore ocean racers, Oatley and Reichel Pugh answered the challenge with Wild Oats XI, a super maxi sled optimised to the nth degree and built in Australia. The builder McConaghy Yachts at Mona Vale Sydney is a world-class yacht builder and Wild Oats XI speaks of their superior skills in crafting fine vessels.

Happy with the concept, the team had Oatley’s support to keep Wild Oats XI up to date. Sail and rig modifications are never-ending, but almost every year the hull and appendages were given a makeover, to the point it was known as the ‘Swiss Army Knife’: new and improved canards, hydrofoils, rudder and canting keel. Lighter is faster too – the keel can be angled 40 degrees sideways, so the modest amount of mass in the bulb, 12 tonnes, creates the same stability out wide as something almost 50% heavier would if stuck on the centreline. The downside is a loss of keel efficiency, so a canard profile centreboard just forward of the mast brings back the balance and lift. Better still Wild Oats XI has two centreboards, one each side, and they only put the leeward one down as required for even more effectiveness. 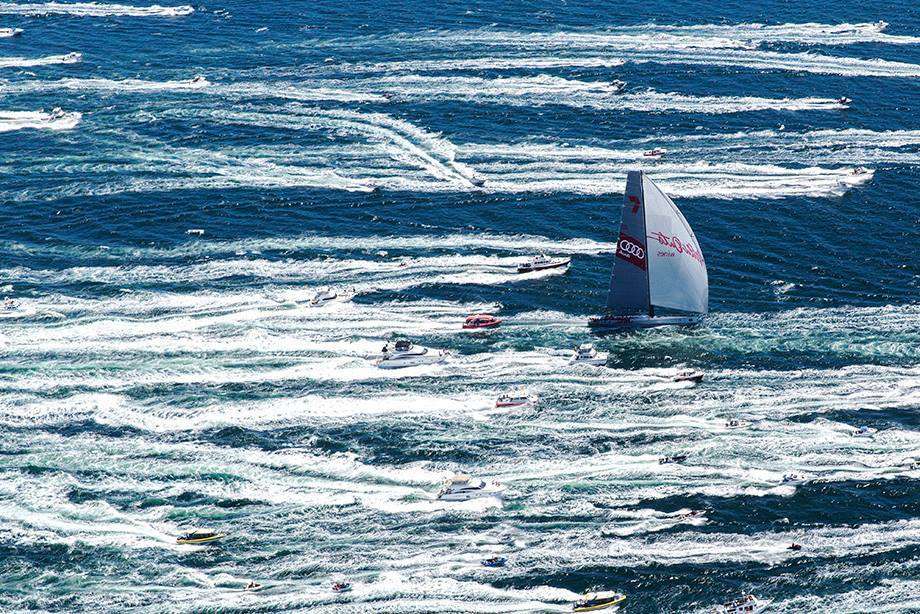 One of the biggest updates was putting a longer bow on the yacht in 2015, which meant taking the extra length of the back end to keep to the required 100-feet. It’s stopped the tendency to dive into waves downwind. The team can drive her harder now, and have abandoned the hydrofoils sticking out horizontally, meaning less drag and more speed in racing conditions.

A huge square top mainsail, a massive Code Zero headsail for light weather, gigantic asymmetric spinnakers (which the crew control using hydraulic winches) and, the entire time the boat is racing, the engine is running to power the hydraulics. All this is handicapped severely, in fact, the boats elapsed time is pretty much doubled to create it’s handicap time, yet Wild Oats XI can still win. In favourable conditions, with the wind behind or abeam, the super maxi can keep up with the moving weather and optimise it’s race strategy around that one pattern, whereas the slower boats start in one system and then have to negotiate another before they finish.

Wild Oats XI can reach speeds of over 30 knots and boasts an average speed of 15 knots for the course – which is a remarkable achievement as many of the competing fleet can’t even reach that at their maximum speed. It’s in another league, and races just a few other similar size yachts each year, but in battle, it takes no prisoners. 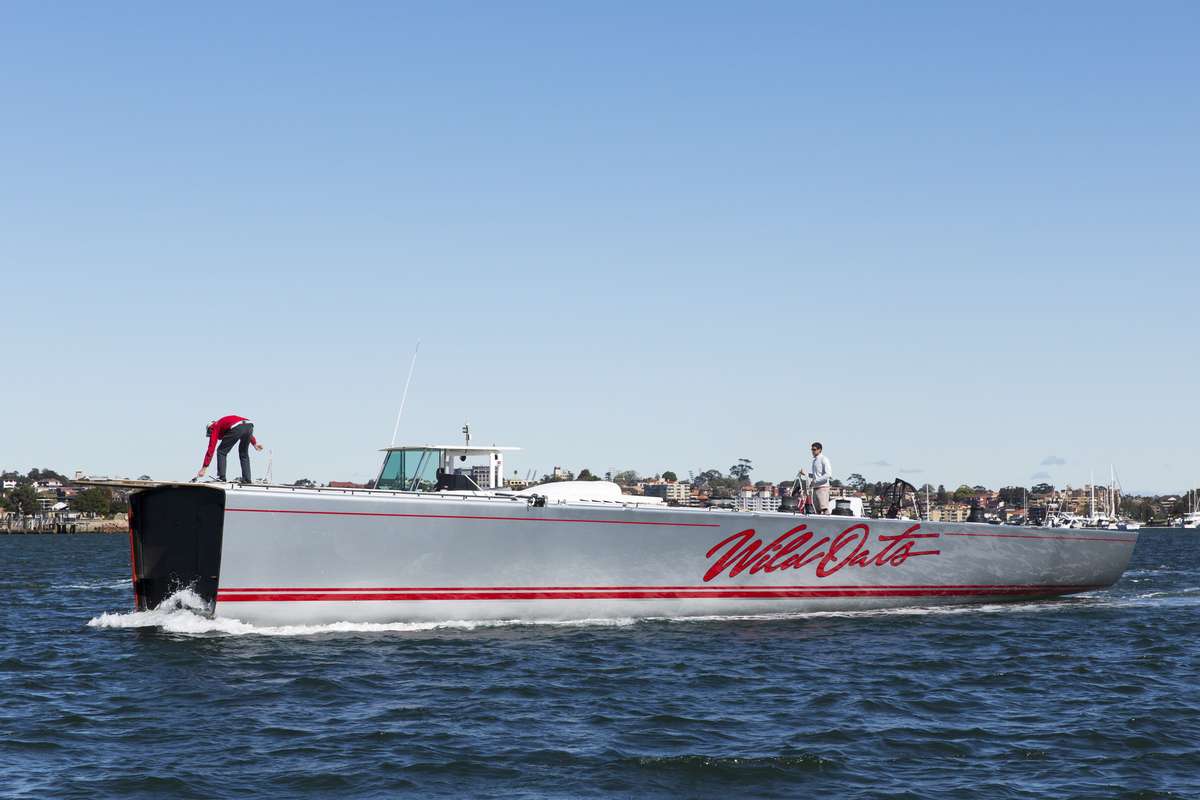 The 2015 Sydney to Hobart saw Wild Oats XI retire for the first time, due to a gear failure, while its recently launched nemesis, the skiff-like Comanche from the USA, got its revenge by winning line honours in a rough and damaging race. In the 2016 race, it was up against three other 100-foot long rivals, the modified 2008 designed Perpetual Loyal, Scallywag ( ex-Ragamuffin 100, launched 2014) and the newcomer CQS (the radically modified Nicorette, first launched in 2004 when it won line honours as a 90-footer, now its 100-feet long). Bad luck struck again, and whilst in lead, Wild Oats XI had to retire again, and the eventual line honours winner Perpetual Loyal and set a new race record. 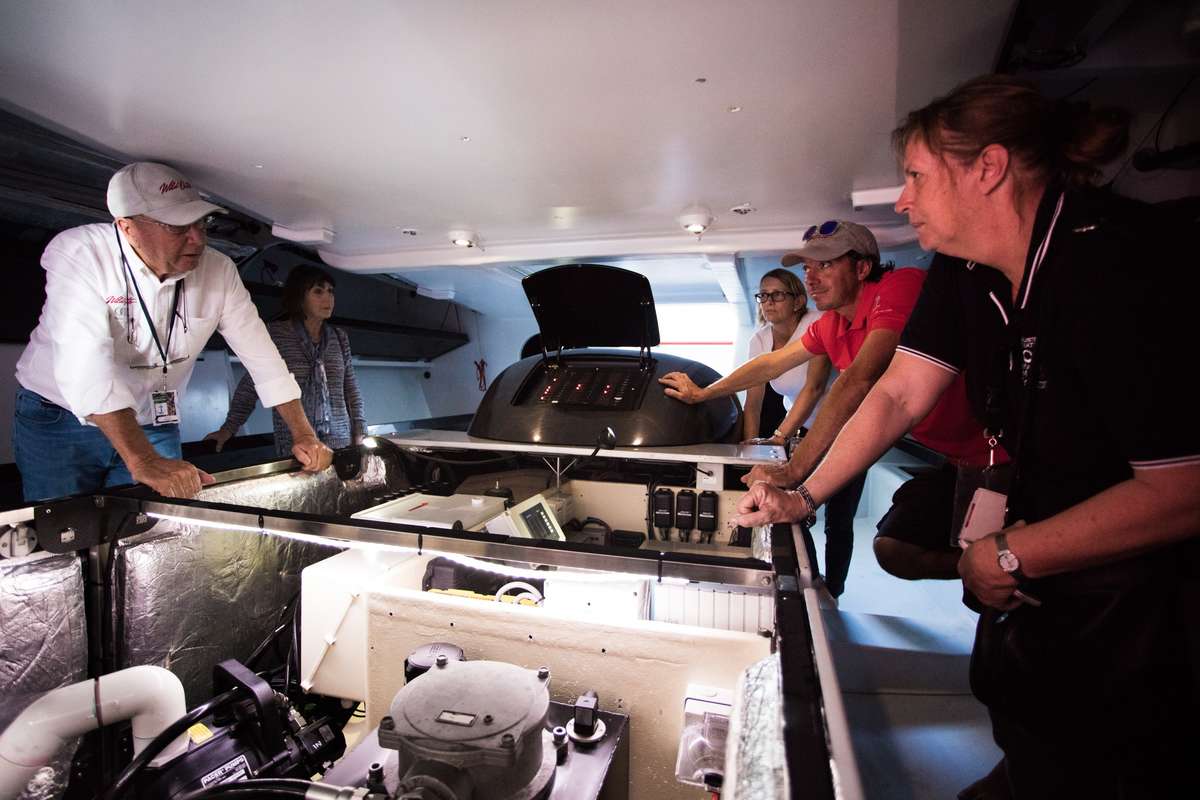 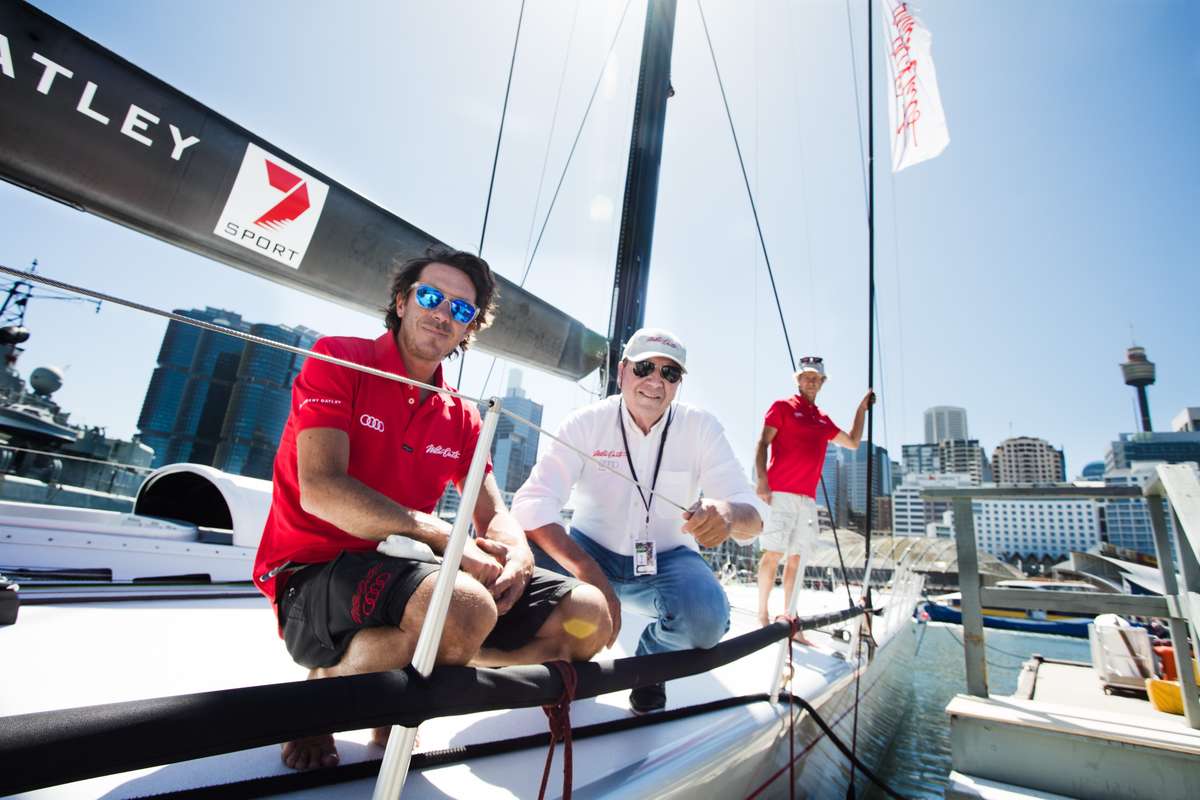 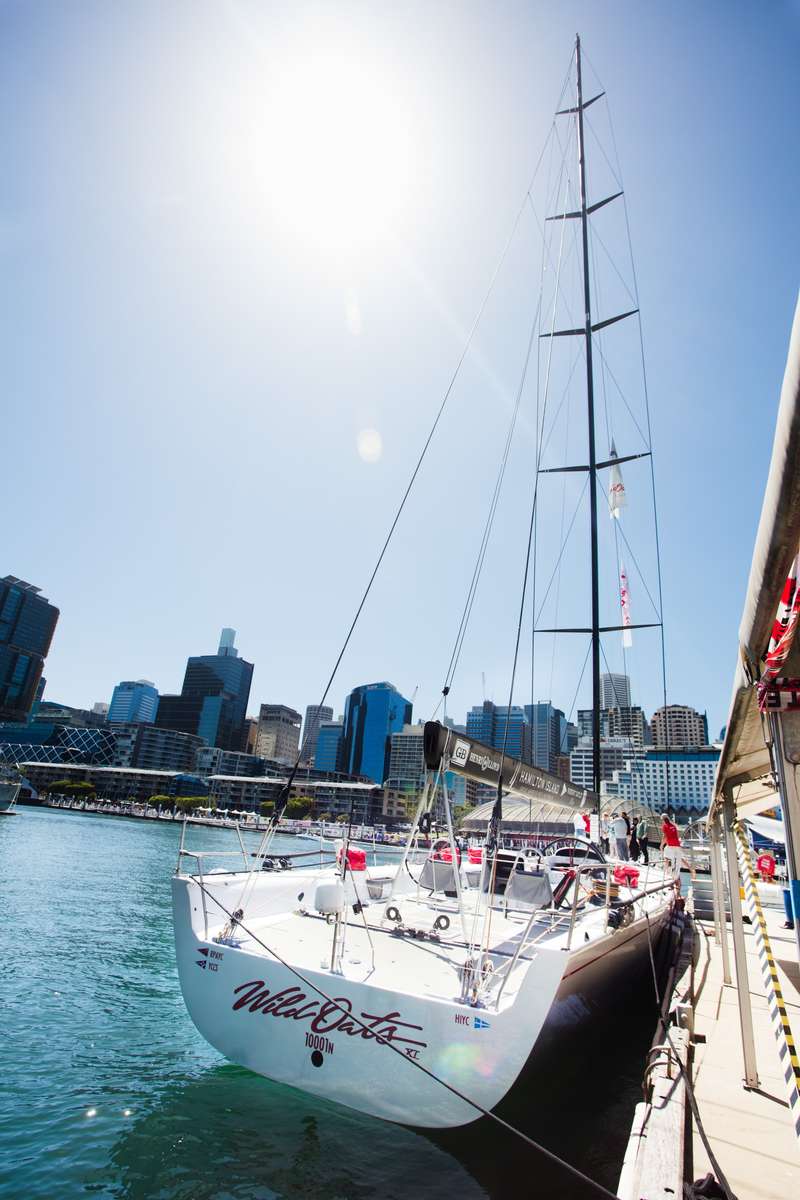 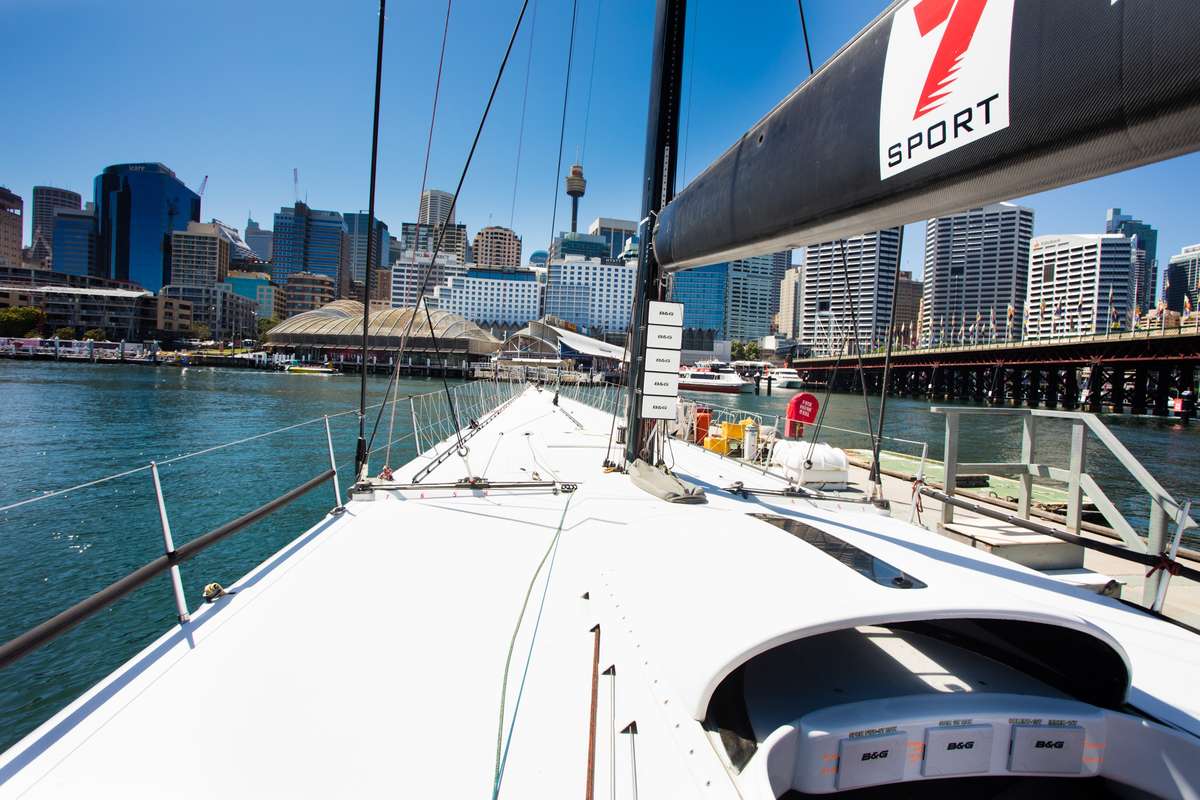 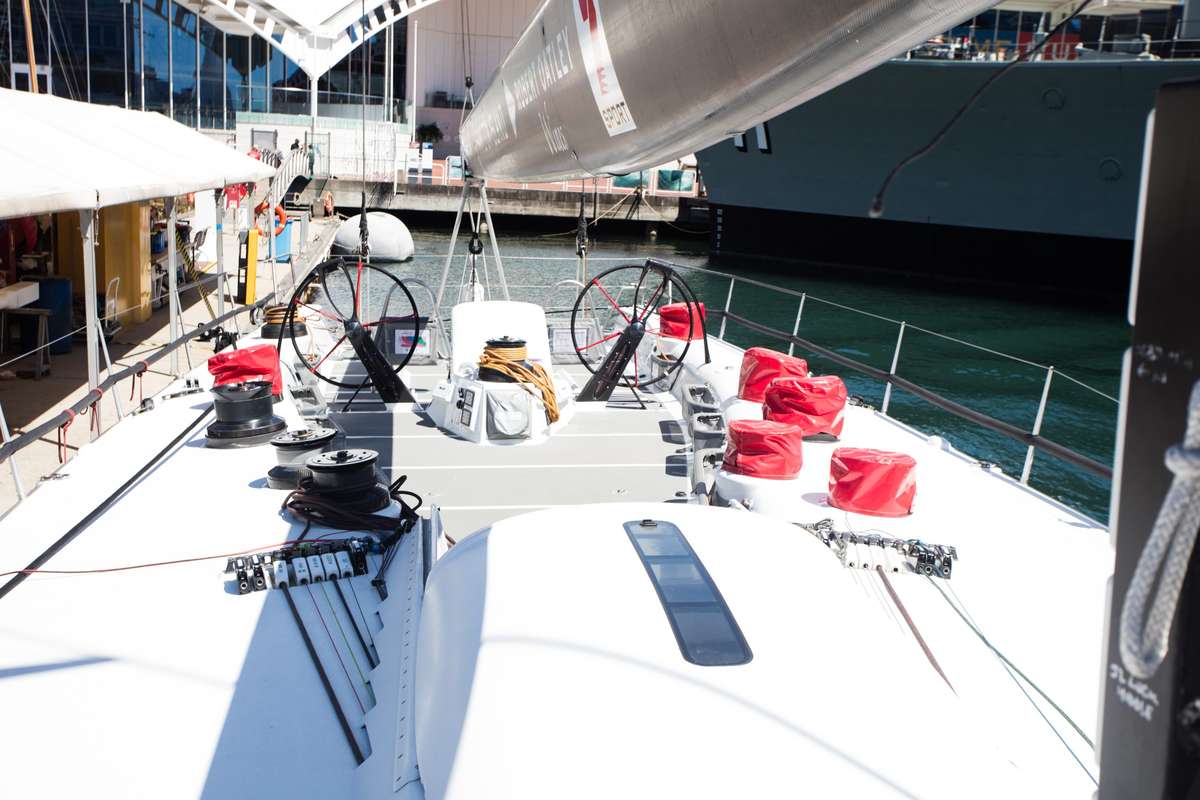 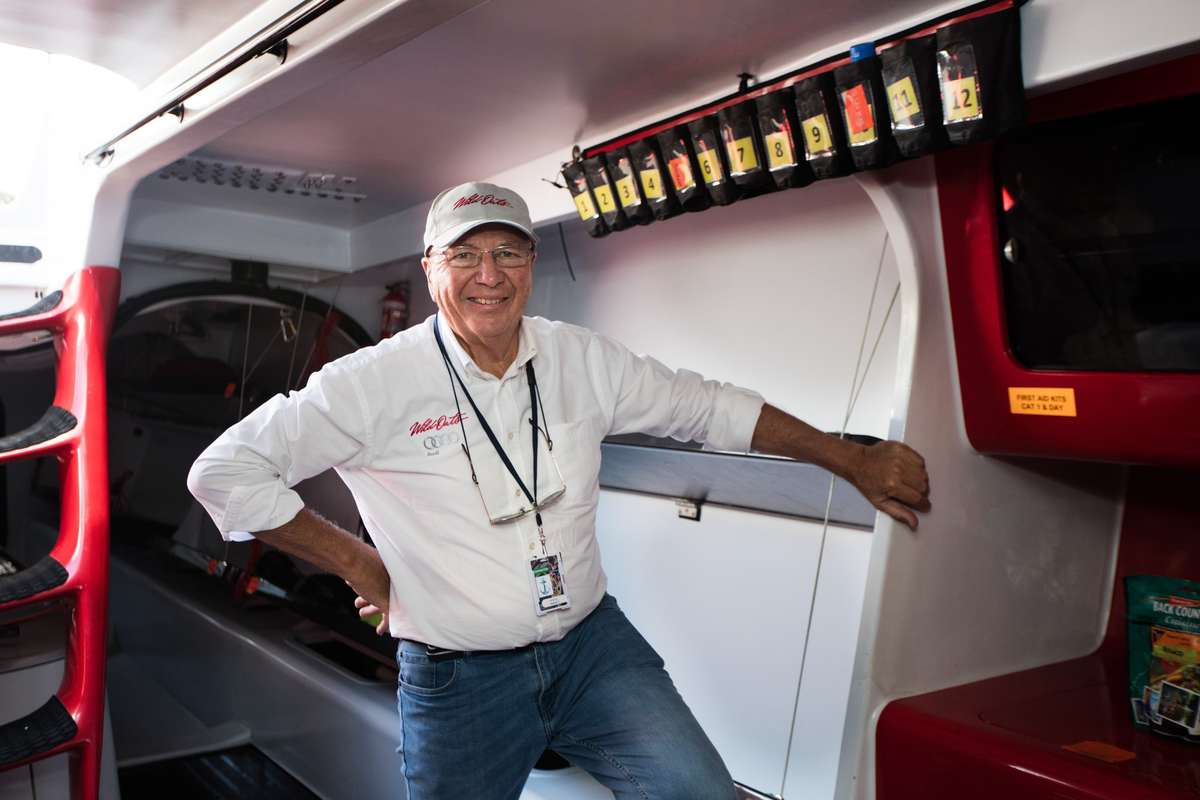 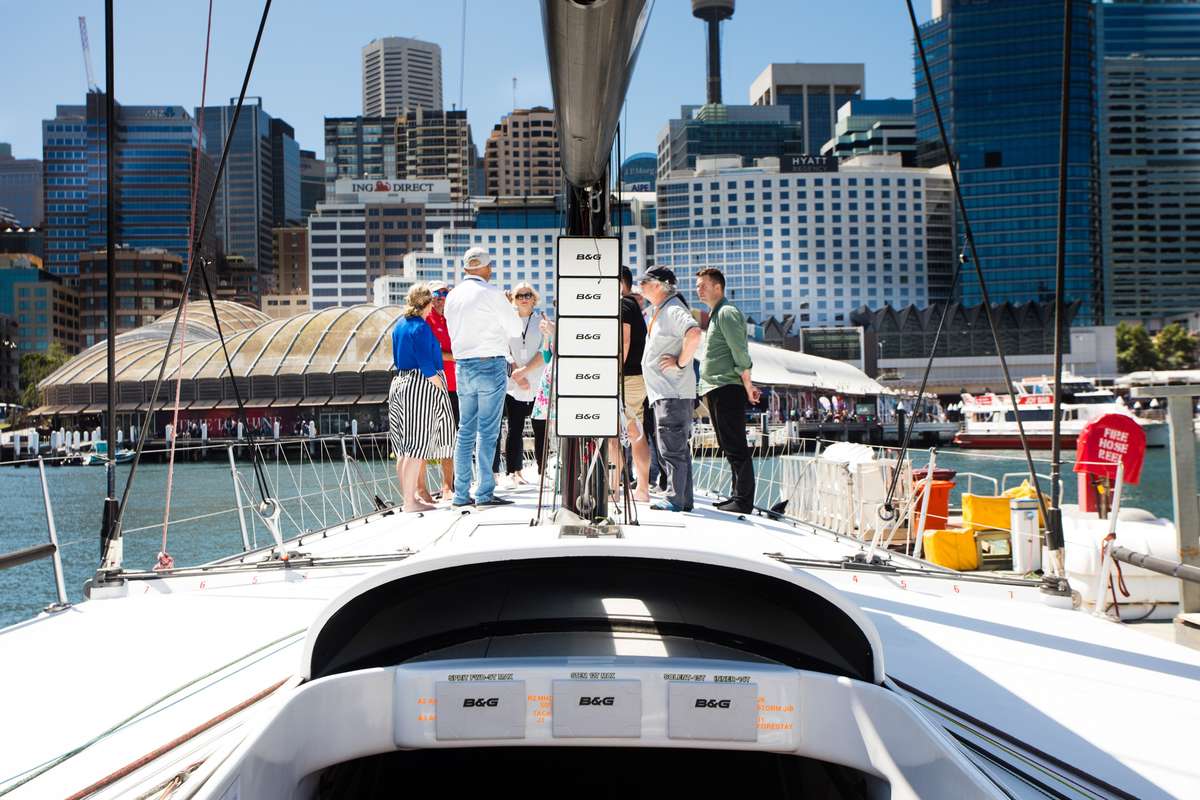 Wild Oats XI is by no means outclassed by the newer rivals, the different design and configuration approaches have their strengths and weaknesses and these advantages can even out over a long course, but Wild Oats XI has one strength over many others: over ten years of teamwork and spirit, which is recognised and adopted by the Australian public. All of which just adds to the team’s determination to win again.