David Payne, Curator of Historic Vessels, is currently on a research trip in remote Papua New Guinea to document traditional watercrafts and their construction techniques.

We have spent a bit of extra time at Alotau, there are a few things needing attention: doing some running repairs, reprovisioning, taking on fuel and water.

We had a break through on the morning of Sunday 13th August: We have located our first nagega, the big canoes that are a focus for this next part of the voyage in Massim region.

Stopping overnight at Elo island, part of the Dawson Islands at the top or western end of the Louisiades. We heard reports that a number of nagega had been seen on this small island, with a community known for the eagerness to trade. It was a surf landing on the beach, after a night of the boat rolling constantly and no one sleeping well, but once on shore and having met the head of the community we were told there was an abandoned nagega, not five minutes’ walk away.

It was on the tree line at the shore, not undercover and in average condition. It would not sail again but was certainly worth recording. So I set up and as always, a crowd stood around, probably a bit mystified as to what I was doing. It was overcast but not too hot (lucky as this takes around two hours to work through). 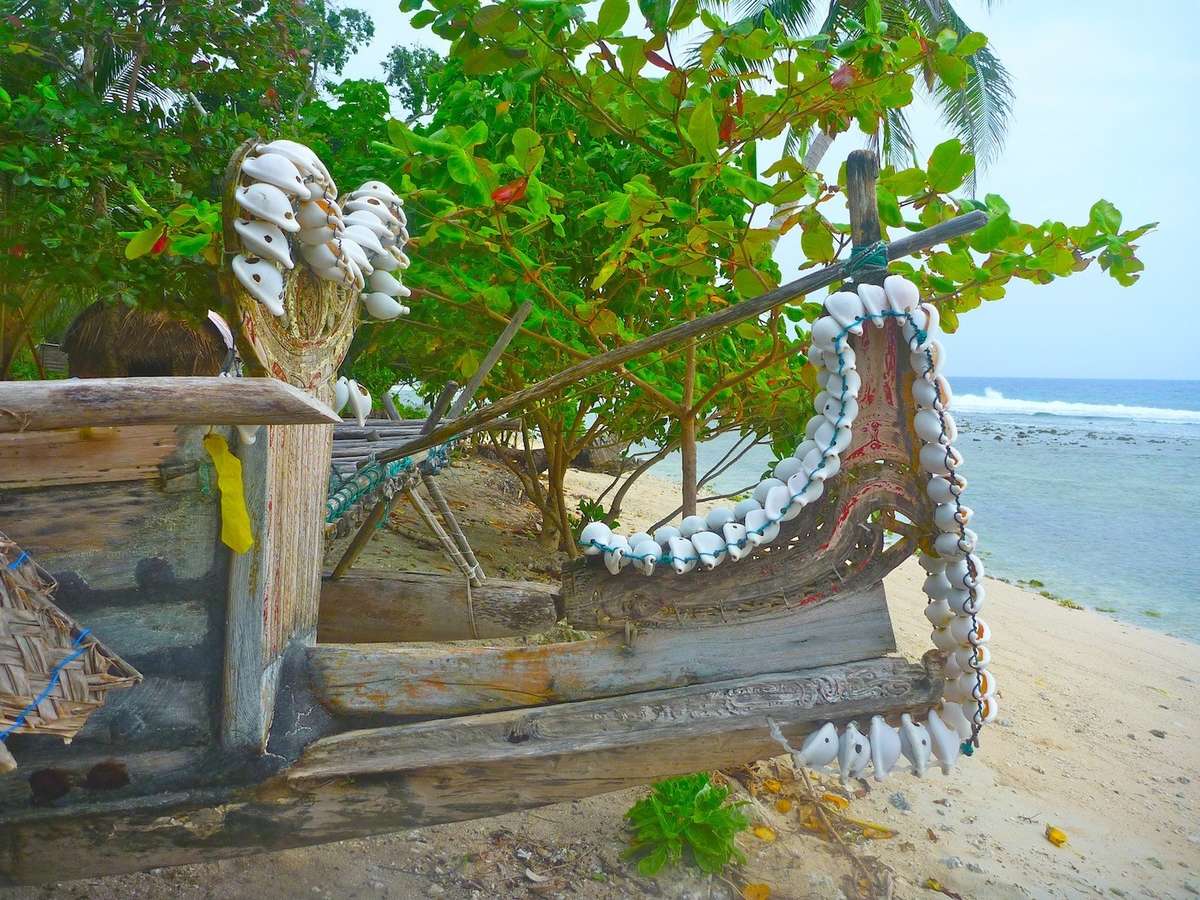 Setting up the string line as a datum between a tree at the head of the boat and stake, we stuck in the sand at the other end and I captured the profile of the craft.  Then onto the side and plan view dimensions, the outrigger location relative the hull to capture as much of the construction as was left of the boat to record.

Throughout this Martin, one of the villagers, helped out. He could see what I was doing as soon as the string line was set up. He held the end of the tape measures, moved things in the way, set up the straight edge and understood what was going on. As much as I could deduce from him was that he was a builder, probably a house builder, as there was a very neat and square one being framed up nearby. 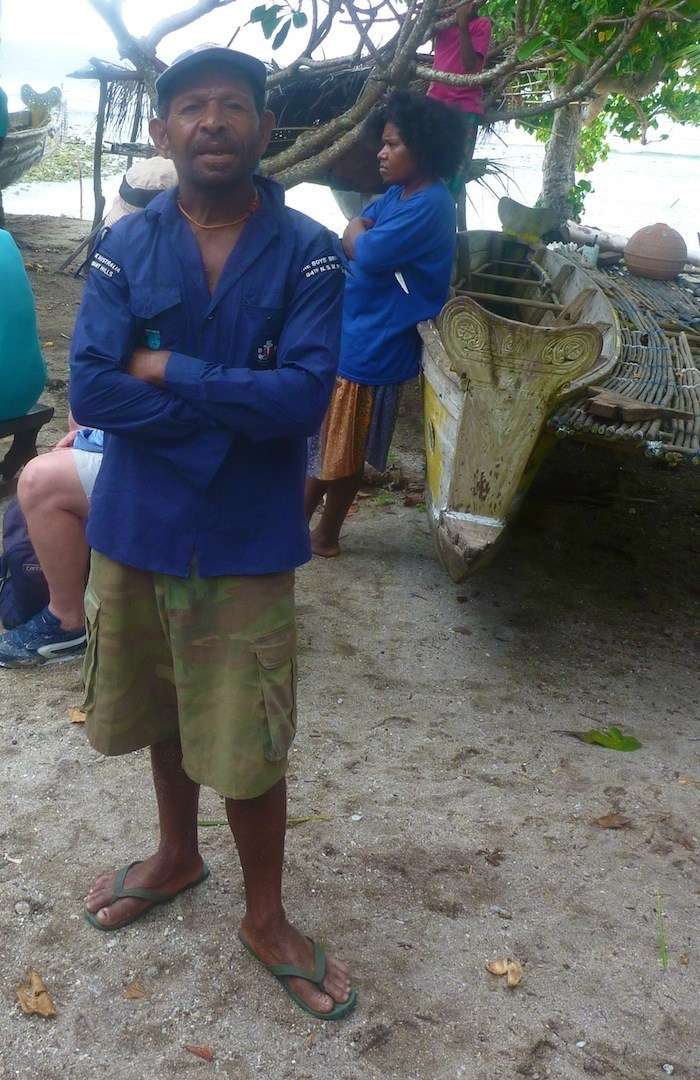 A key thing we worked out with sign language and sitting on the platform with the tall hand held rudder blade was how the nagega are steered.  This has not been recorded in the information already documented by others in the few scant publications available, and seems to have mystified those who have sailed on a nagega.

It is about the balance of the boat as it tracks through waves and how you can control it with the depth of blade you put in the water. With experience and feel you would soon learn a rhythm to work with and would know when a quick unexpected response is required.

We left late morning, satisfied that we were now nicely ahead of ourselves as we had not really expected to find a nagega on this section of the trip, and this now puts us in a good position for the next stage of research.

Love shipbuilding? Check out the Australian Register of Historic Vessels.