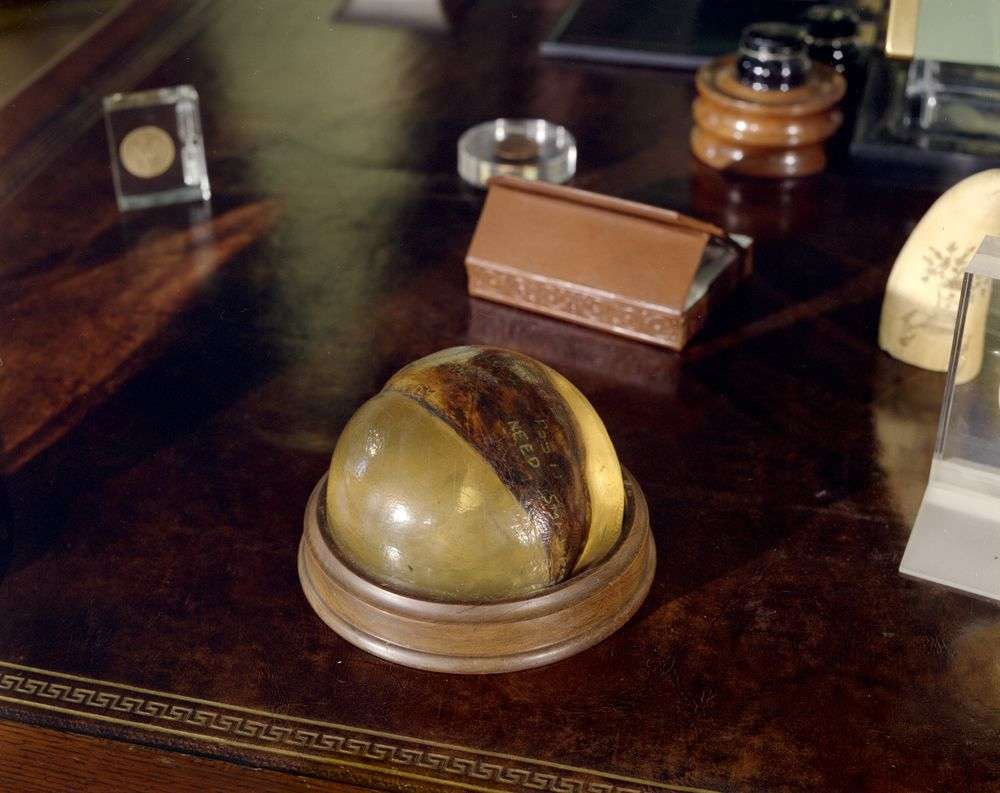 After the Battle of the Coral Sea Commemoration dinner on the USS Intrepid, I was up early and on the train to Boston and the John F. Kennedy Presidental Library and Museum.

I seem to have bad luck visiting this northern city, teaming rain, windy, 6 degrees (celsius) – just like my last three visits! Bad to worse, the train ran late by half an hour and when I arrived at the JFK Library for my meeting with Karen Abramson, Head of Archives, building works nearby had cut their cable to the outside world. So, with no computers, no phones, and no voicemail, the friendly docent (US word for volunteer) at Reception did not have any mobile numbers, couldn’t look them up and didn’t have access to ‘go fetch’ Karen, and the security officer didn’t have a radio and couldn’t leave his post.

As in all good museums, when the internet goes down, the collection staff retreat to the collection to do things manually, and this is where a passerby with access to the back of house soon found Karen. We discussed the potential for collaboration between the JFK and ANMM. The Australian National Maritime Museum had been introduced to the JFK Library last year by the President’s daughter, Caroline Kennedy, when she was the US Ambassador to Japan.

Dr Mary-Liz Andrews and I have been working up a proposal for a temporary exhibition as part of the USA Programs and Gallery, about President Kennedy’s lifelong relationship with the sea, and its intersection with Australia: From his role in World War II in the Pacific as commander of torpedo boat  PT109, to the numerous visits made by our PM Robert Menzies, and other Australian ministers to the Kennedy White House and his enthusiasm for Australia’s first challenge to the America’s Cup by Sir Frank Packer’s Gretel.

The JFK Library is part of the US National Archive and contains a wealth of documents, photographs and media (JFK was the first truly electronic media savvy President) as well as an object collection which includes the ‘President’s rescue coconut’: The coconut shell on which he scratched a message for two Solomon Islanders (despatched by Australian Coast Watcher Reg Evans) to take to a naval base to launch his and his crew’s rescue from a desert island after PT109 was cut in half by a Japanese destroyer. You can read more about it here. 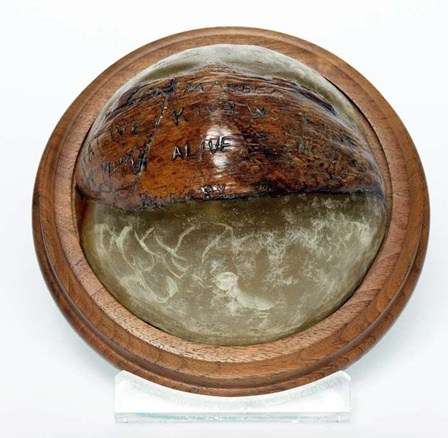 Karen and I discussed the potential for collaboration between the JFK and ANMM and I’m happy to say the archive will be available for us to use.

I also met curator Stacey Bredhoff (objects are separate to documents, photos, media which are classed as an archive) who took me to see the coconut displayed in the new ‘Young Jack’ exhibition. Whether this and other precious ‘star’ objects and documents could ever leave the USA would be the subject of extensive negotiation.

JFK’s childhood sailboat Victura, given to him by his parents, has survived to this day and is displayed outside on a point overlooking the sea. It is taken off display during the harsh Boston winter. I took the opportunity to see and photograph it between rainstorms and allowed myself to fantasise about bringing it to the museum to headline a JFK exhibition one future summer.

So, after fruitful meetings, I left for the train back to New York, which was of course delayed by an hour! 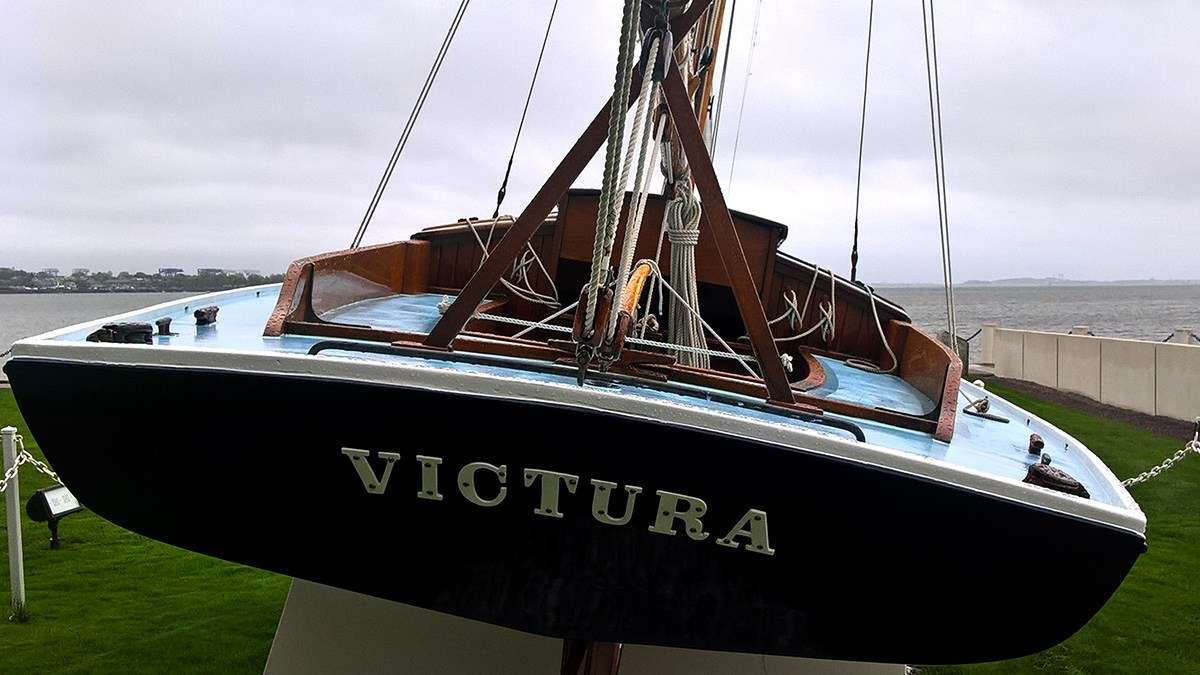 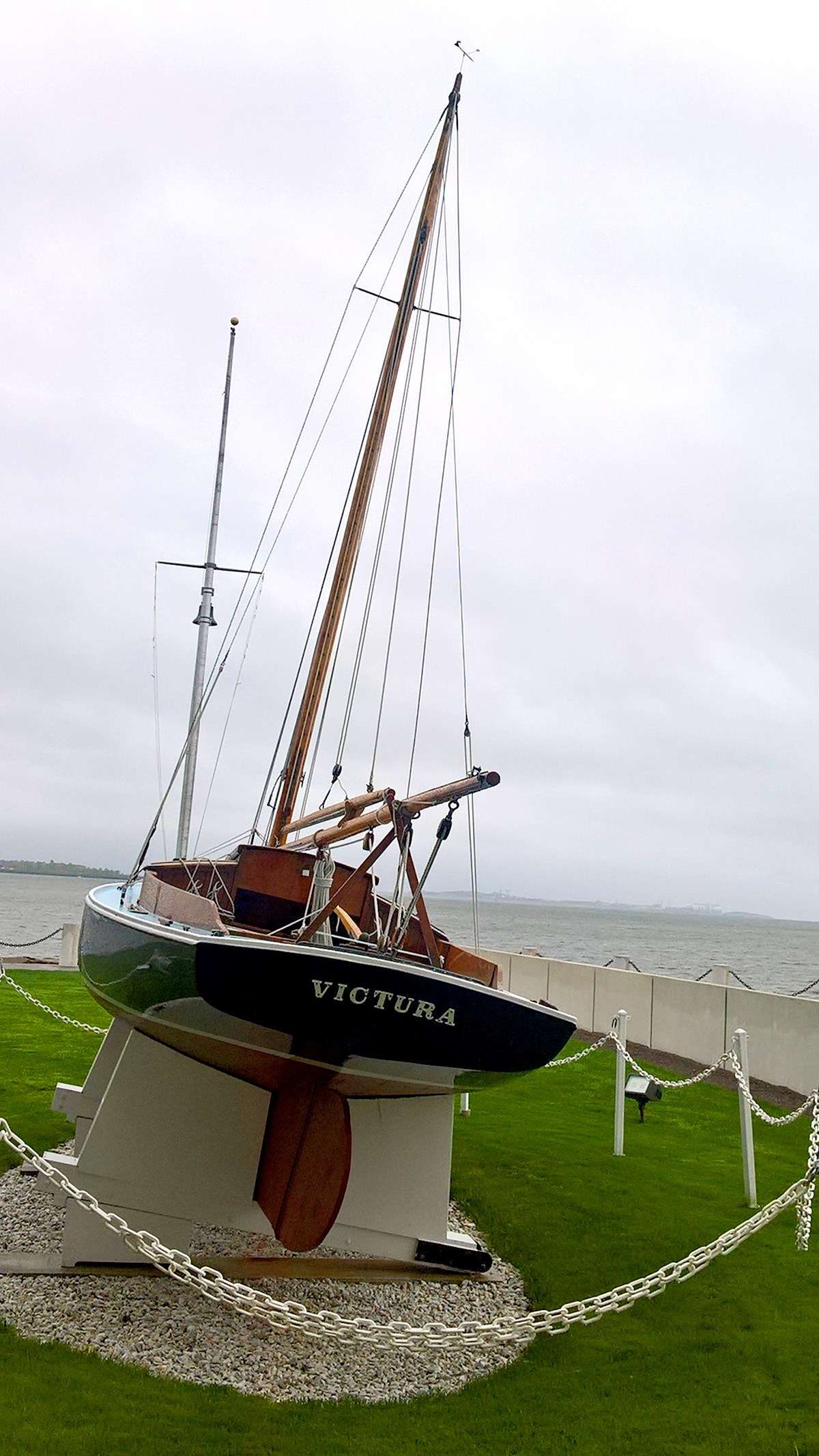 Shows and labels at the American Museum of Natural History

I just had to visit the American Museum of Natural History in New York before leaving for Washington. I saw the Hayden Planetarium show ‘Dark Universe’ which I’m sure benefits from the popularity of TV’s ‘Big Bang Theory’ sitcom in attracting visitors. It was spectacular.

But for me, the famous animal dioramas from the 1930s remain breathtaking examples of basic museum interpretation. The three-deep crowds bearing witness to their ability to engage a modern audience.

I also admired the simplicity of the new theme panels, and the face mounted object labels on glass the being used. 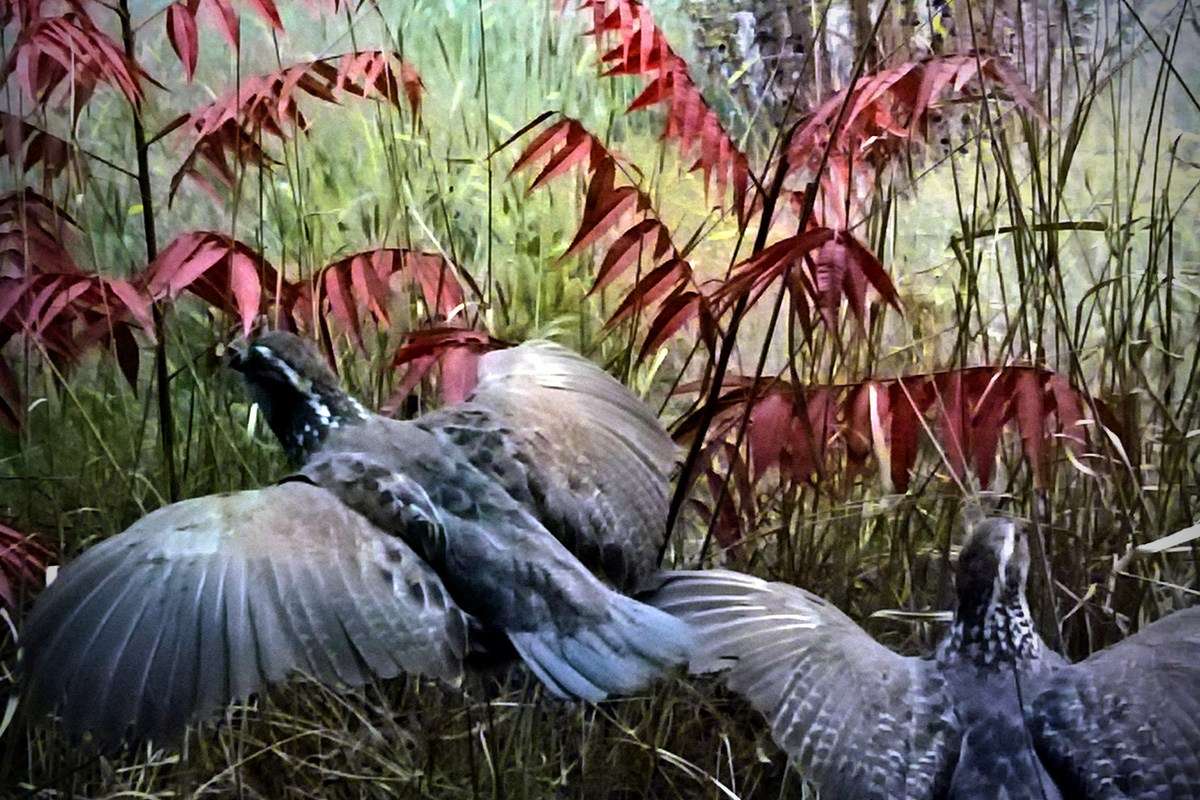 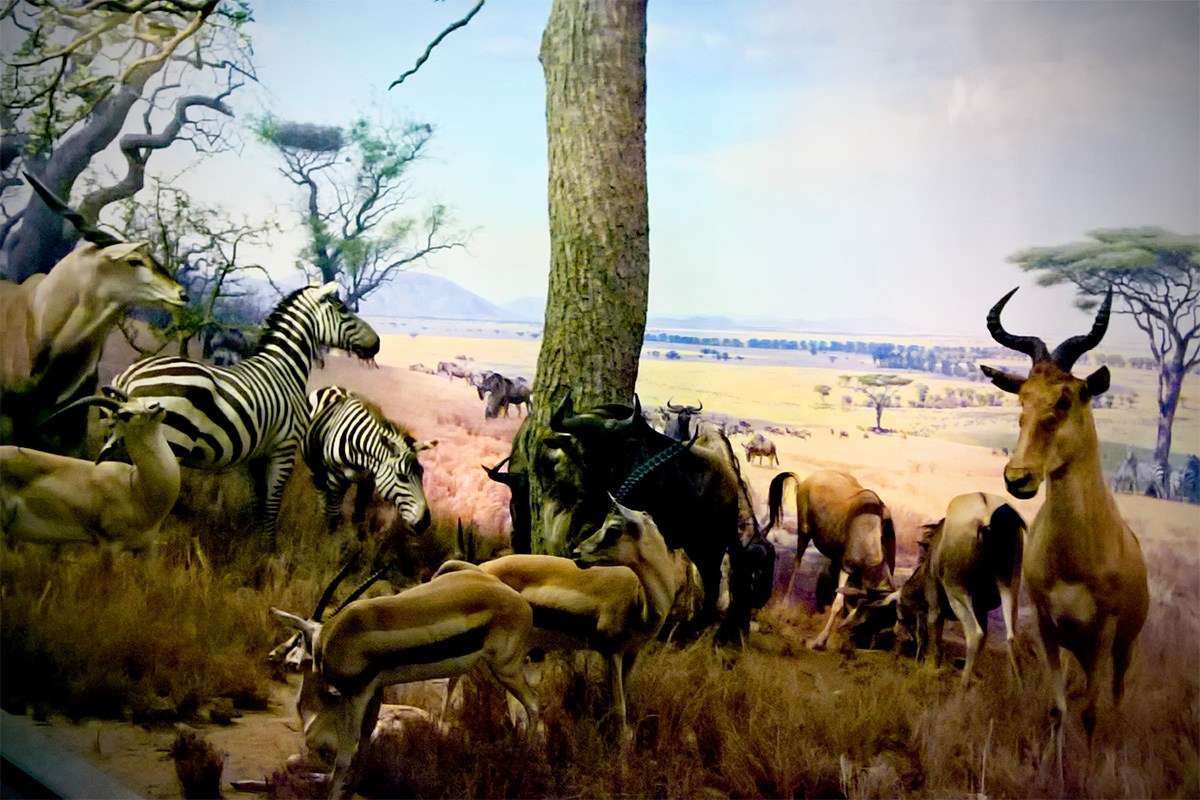 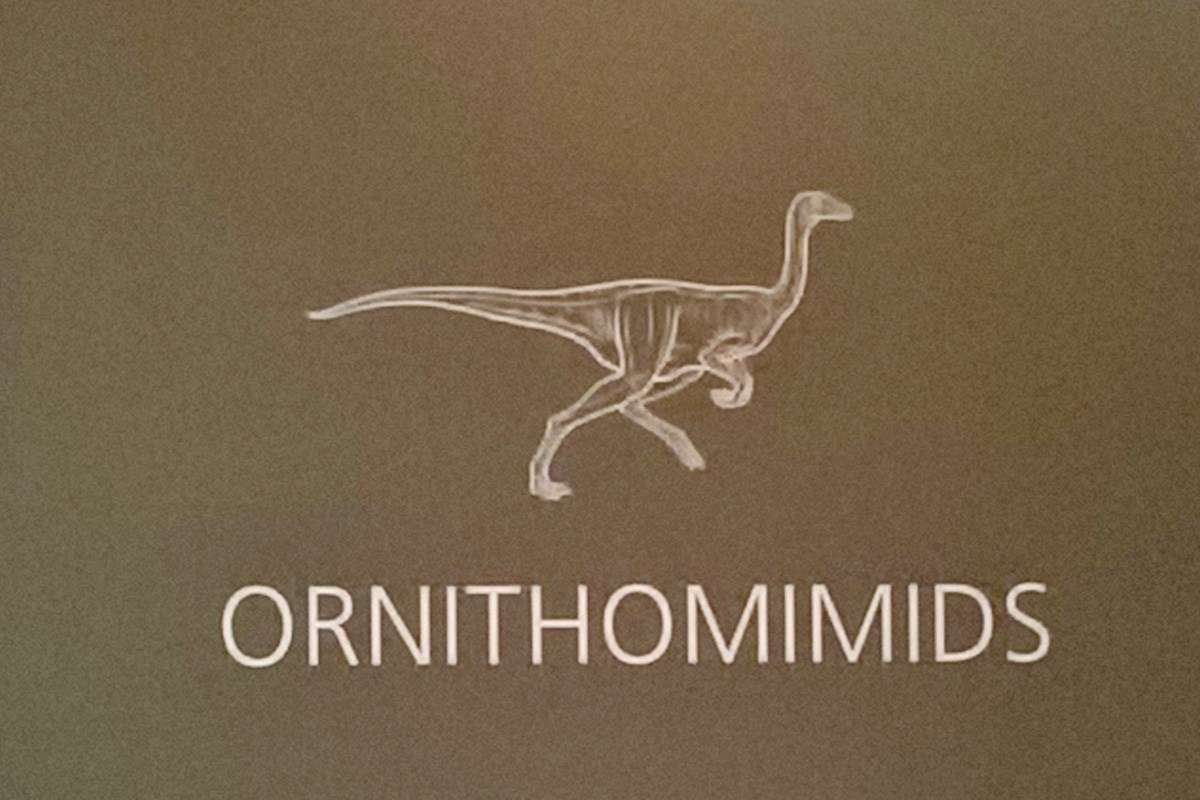 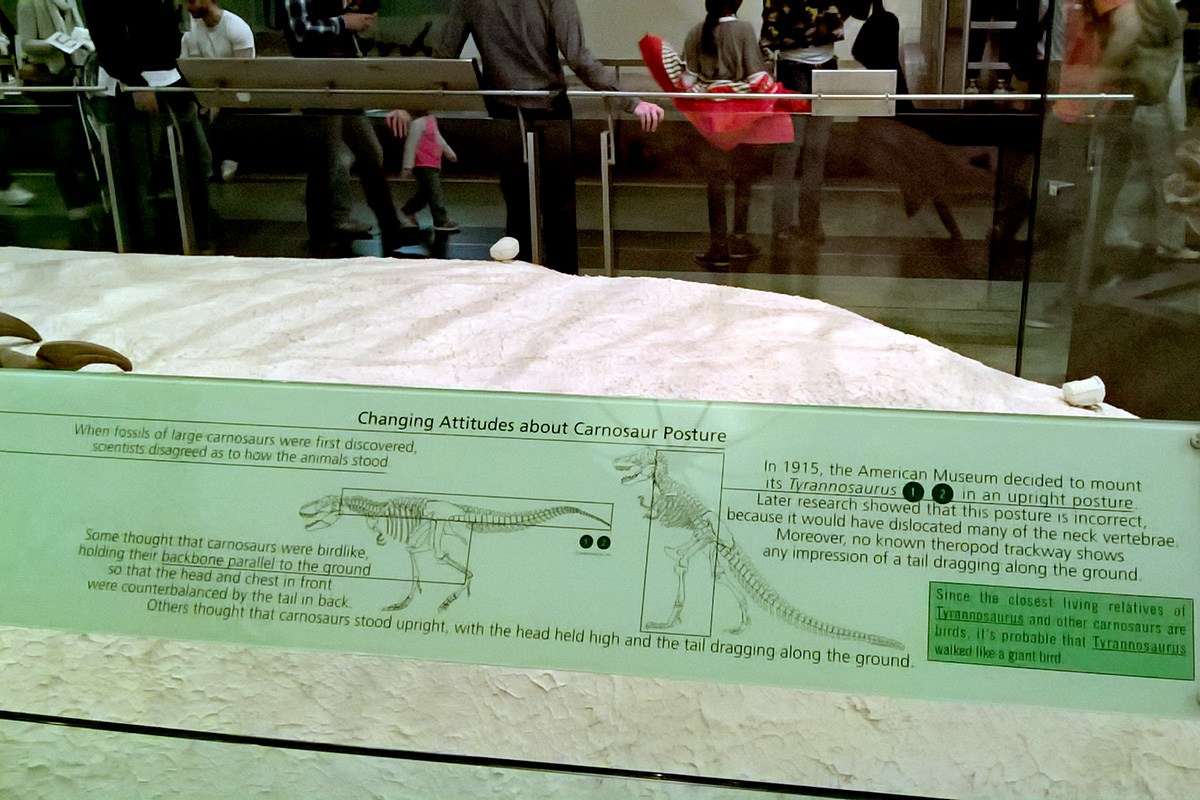 Washington is very similar to Canberra, only bigger and grander. The National War Memorials are spaced around the reflecting pool in Constitution Gardens and end with World War II Memorial which lies in the shadow of the Washington Monument.

Laid out on an elliptical plan, it’s anchored by two pylons – one inscribed ‘Atlantic’ and the other ‘Pacific’, separated by waterfalls and fountains. Around the perimeter are columns holding bronze wreaths suspended from anchors, each column representing a state or territory of the USA, with a bronze rope tying the columns together.

The edge of the waterfall on the Pacific side is inscribed with place names including Pearl Harbor, Philippines, Coral Sea, Midway, Guadalcanal, Saipan and Okinawa, with recently laid wreaths and single stems lying across the Coral Sea. 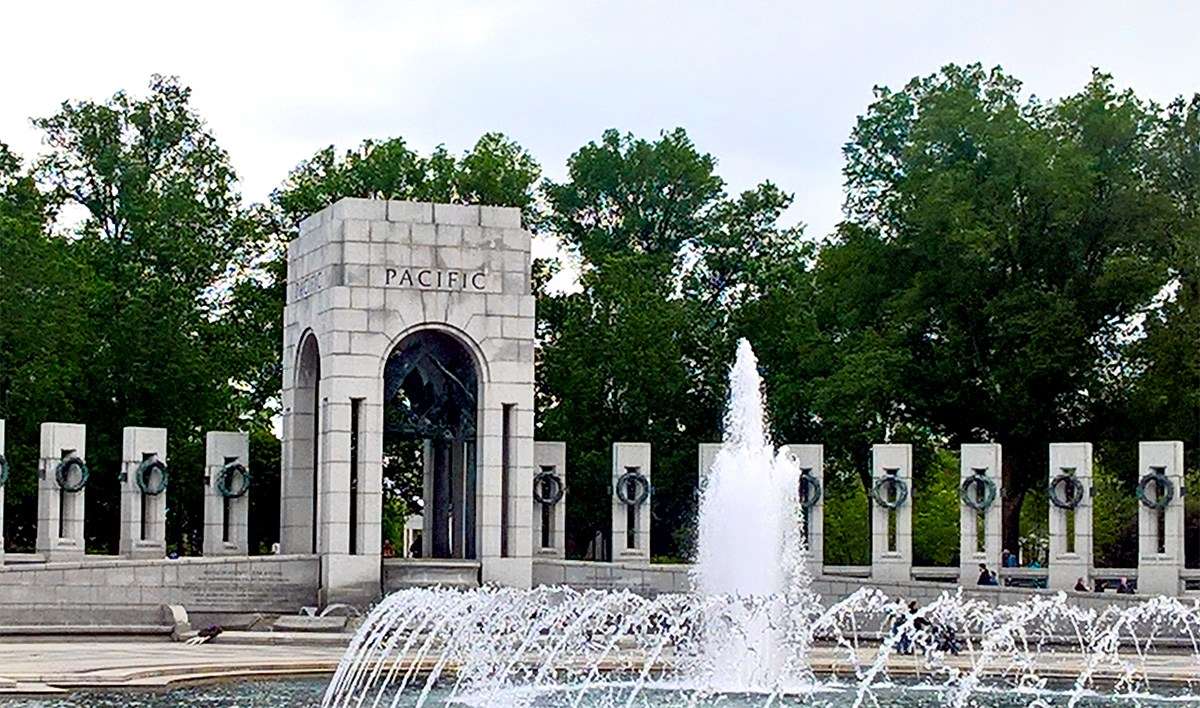 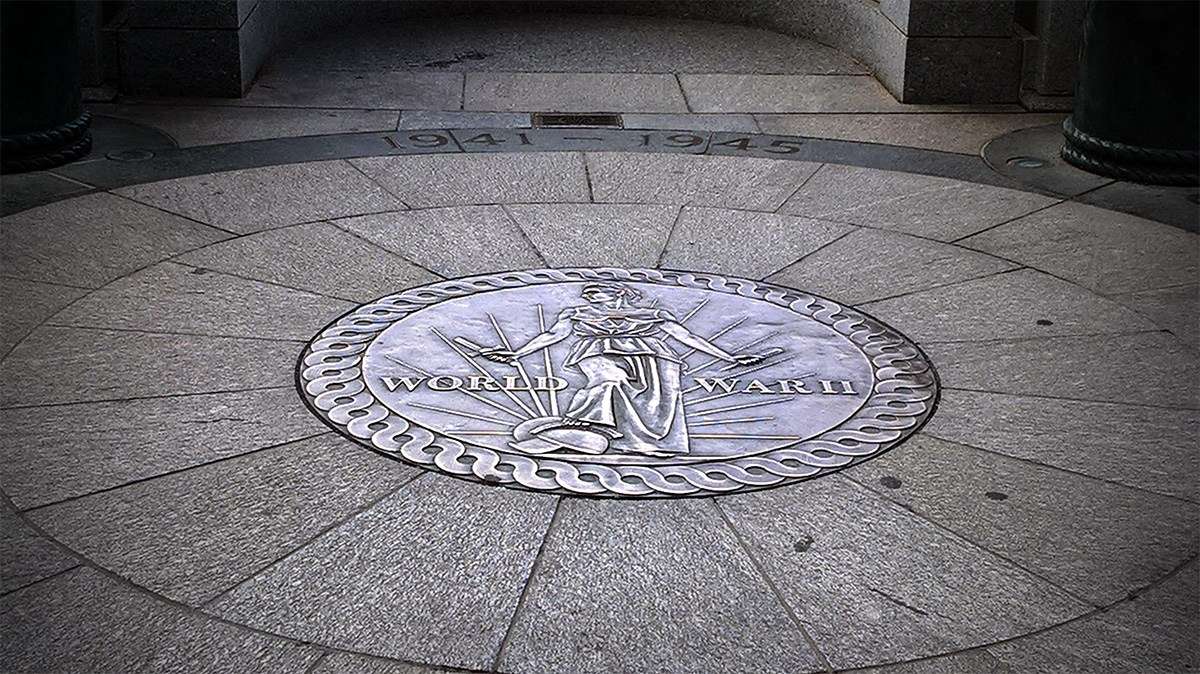 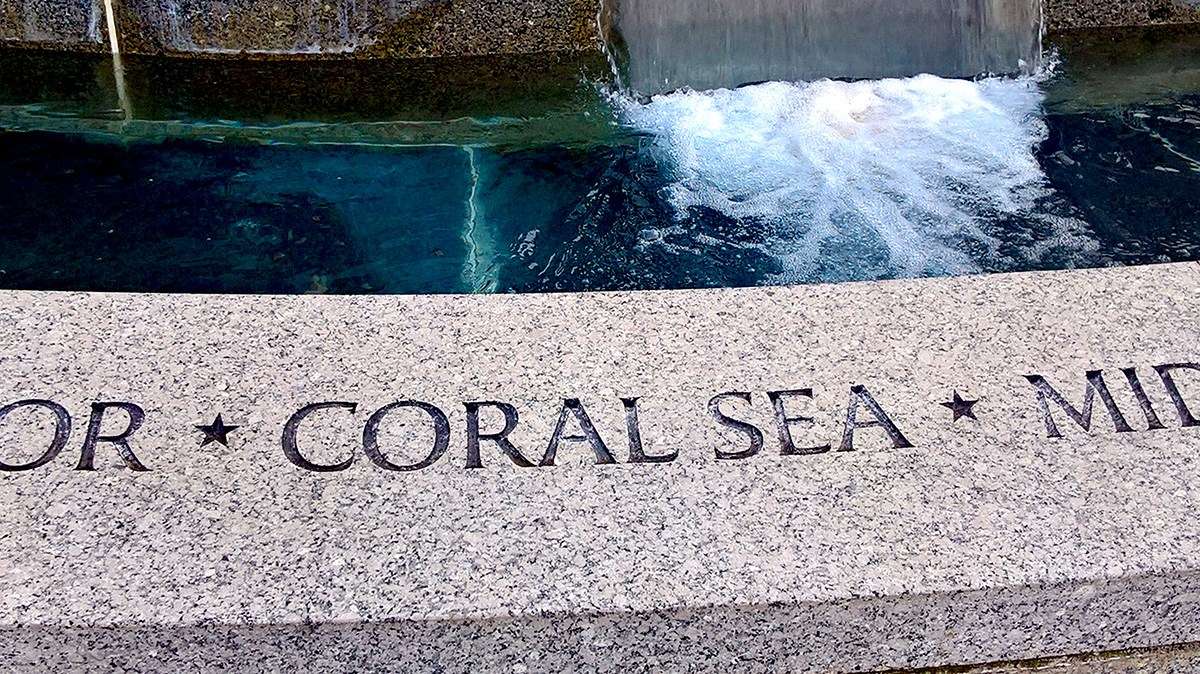 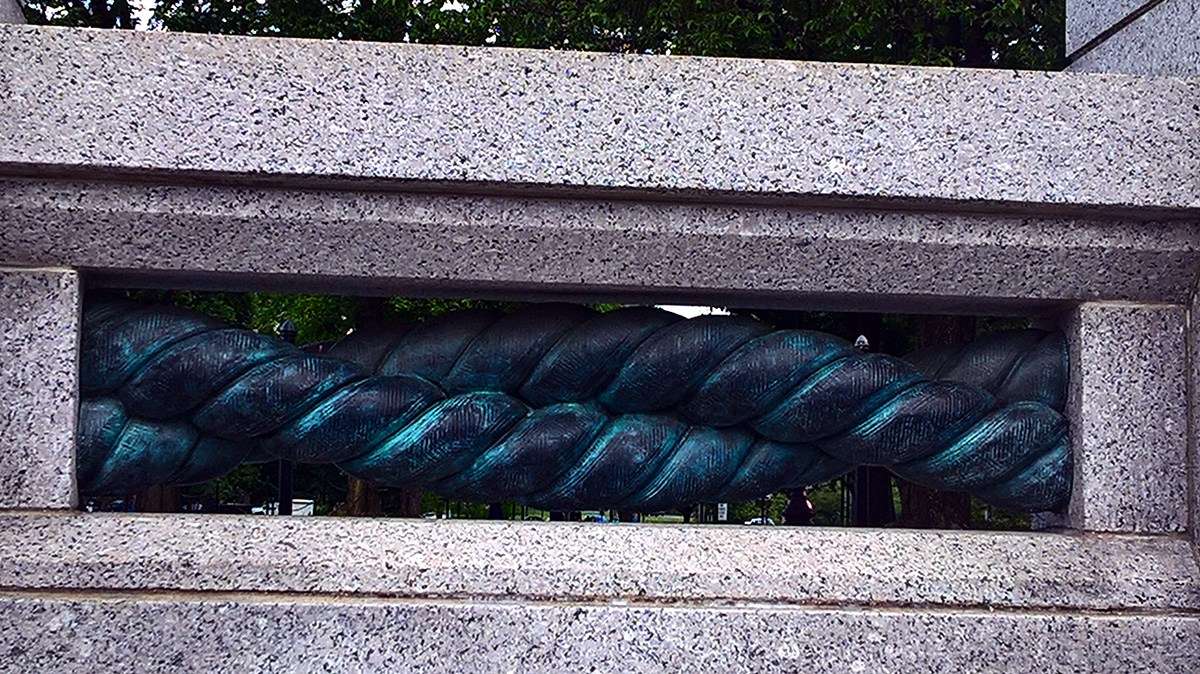 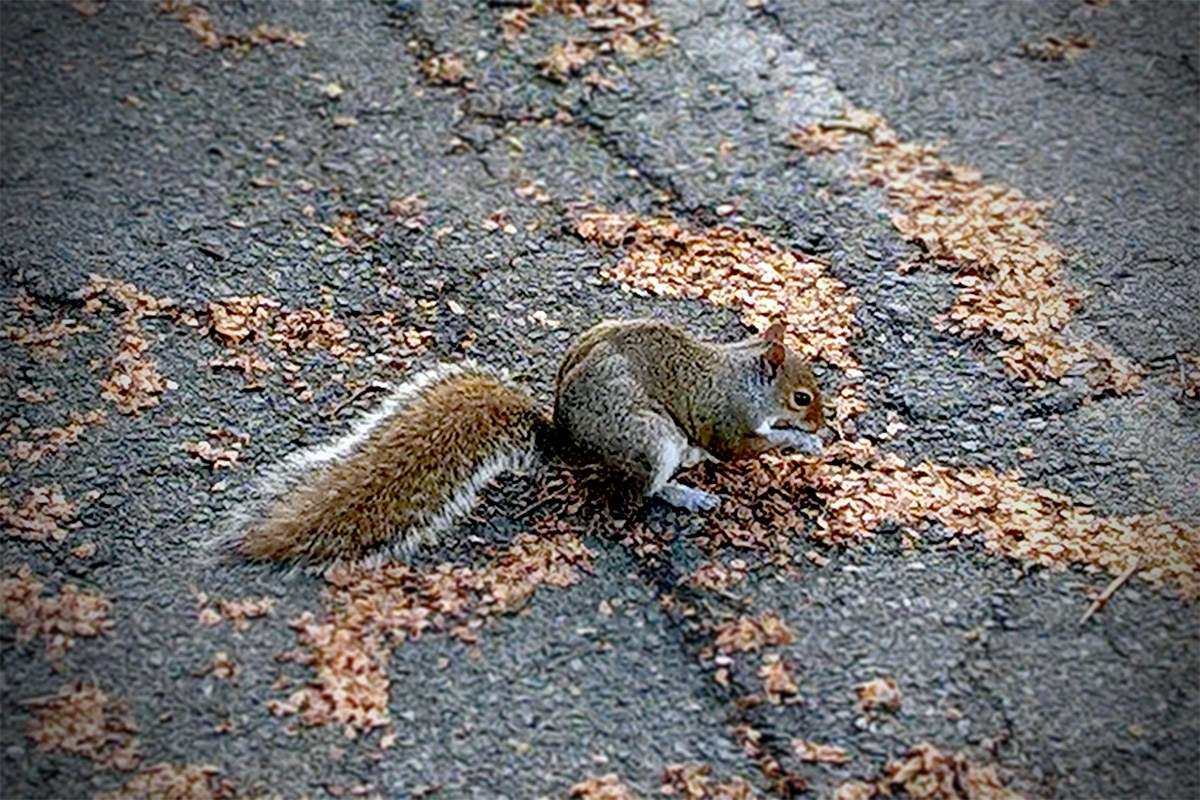 A little visitor to the Memorial. Image: Richard Wood / ANMM.

View all posts by Richard Wood→
Posted in: Arts and Culture
↑