Last Thursday I had the privilege to attend the commemoration of the 75th anniversary of the Battle of the Coral Sea on board USS Intrepid, a WWII aircraft carrier, where the museum’s new documentary Clash of the Carriers, premiered in front of Prime Minister of Australia, Malcolm Turnbull and Mrs Turnbull, President of the United States, Donald and Mrs Trump, veterans of the battle and 700 guests.

War and Peace in the Pacific 75 – A series of programs to commemorate significant 75th anniversaries of World War II. Image: ANMM.

A bit of celebrity spotting with golfing great Greg Norman, Olympian Grant Hackett and Rupert Murdoch (whose father Sir Keith founded the influential American Australian Association in New York in 1948) among the crowd of sparkling evening dresses and tuxedos.The place was bristling with very polite but intense security men and women at every doorway, but they were still happy to point the way to the toilets.

My first time on an aircraft carrier, the event was on the hanger deck below the flight deck, at about 260m long, there is plenty of room for a museum of big objects like planes and propellers as well as space for an 800 seated for dinner.

The Essex class Intrepid was commissioned too late to join the Battle of the Coral Sea, but was pivotal in the Battle of Leyte Gulf in 1944, perhaps the biggest naval battle in history that cut off Philippine-based fuel supplies to the Japanese Navy and eventually led to peace returning to the Philippines. The museum’s War and Peace in the Pacific 75 program will commemorate this battle, which also involved combined US and Australian ships, in 2019.

A US Navy colour guard opened proceedings, followed by an a Capella rendition of the Australian and US national anthems, a stirring speech by the PM and a friendly speech by President Trump in his own inimitable style. (ABC Radio National has an audio summary of the night.)

But the loudest applause was for the six interviews with veterans of the battle (produced by the museum) which were shown on big screens behind the stage, followed by a long and heartfelt standing ovation as the men took the stage as guests of honour. What got to the audience was the unassuming nature of these men … and their pre-occupation with beer, cigarettes and ice cream in the midst of war.

You can see Gordon, Norm, Bill, Derek, Roger and John on stage in this tweet:

On its 75th Anniversary, we honor heroes of historic #WWII Battle of the Coral Sea aboard USS Intrepid. #Periscope https://t.co/SJO5DbOA08 pic.twitter.com/SQsFVJqX5Y

Dinner of an asparagus, truffle and radicchio entree; fish, beef, turnip and kumera main, and choc-marzipan tart, choc chip strawberry ice cream, was peppered with words from sponsors and donors to the American Australian Association’s new Veteran’s Scholarship Fund, and climaxed with the premiere of the museum’s new documentary, Clash of the Carriers on three screens to tumultuous applause.

This was followed by an emotional and entertaining double act by Australian Ambassador to the USA Joe Hockey and US Ambassador to Australia John Berry retelling the story of their fathers’ World War II experiences in the Pacific. 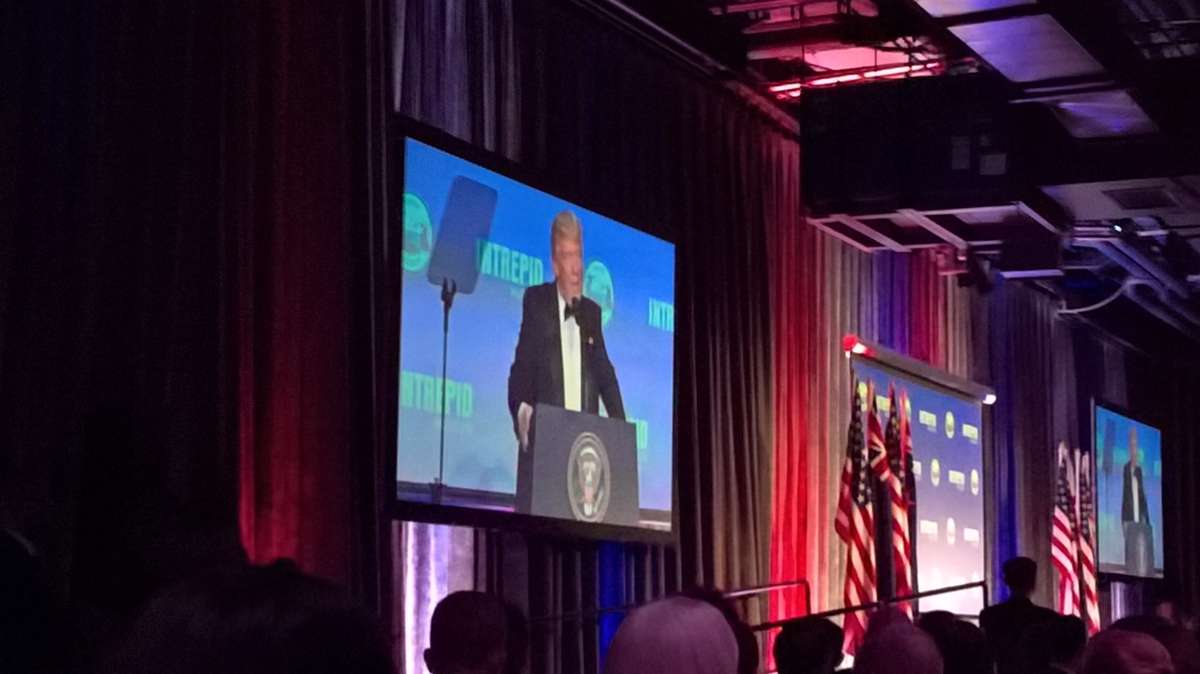 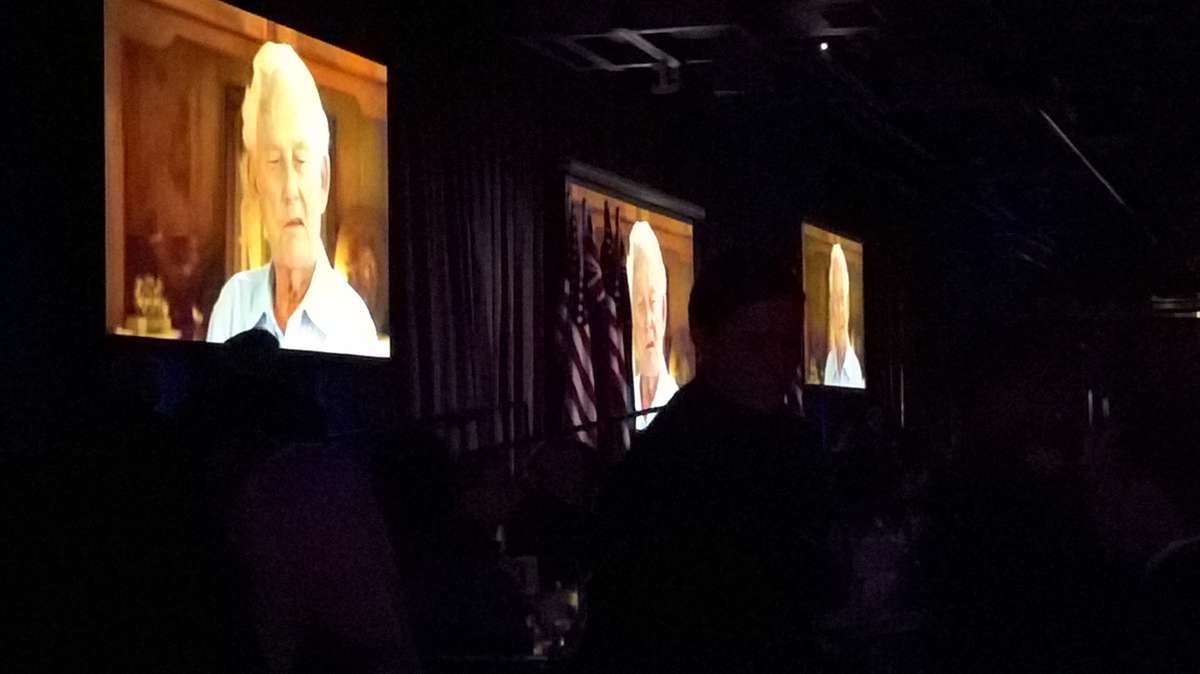 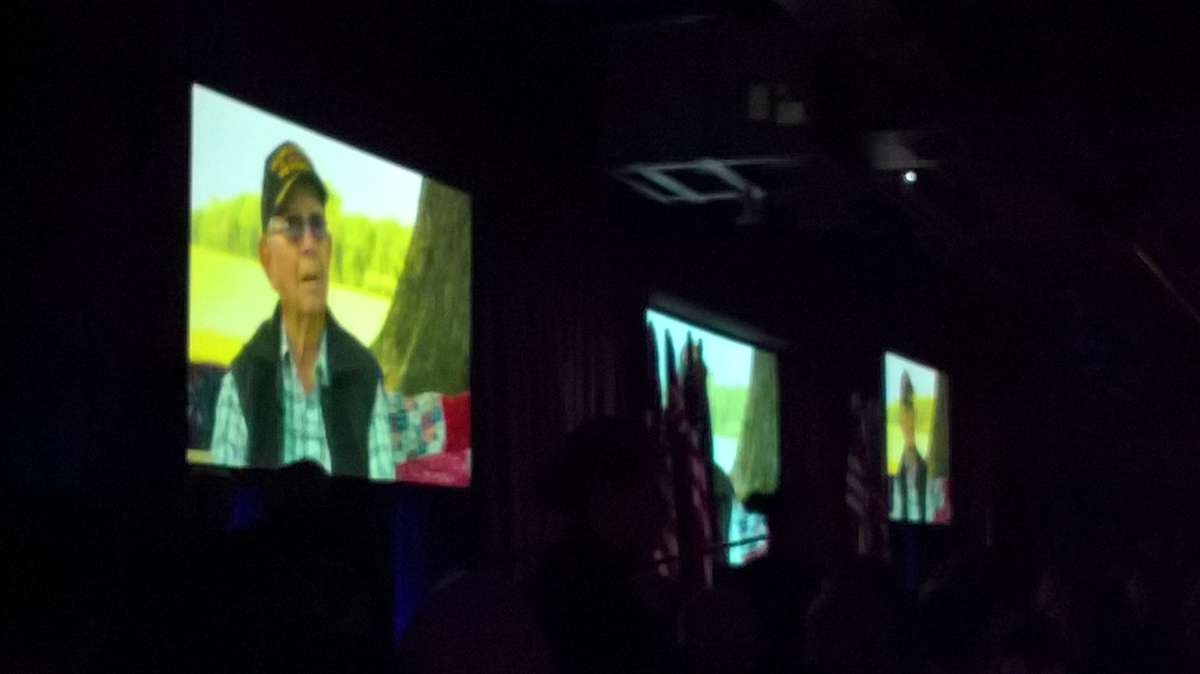 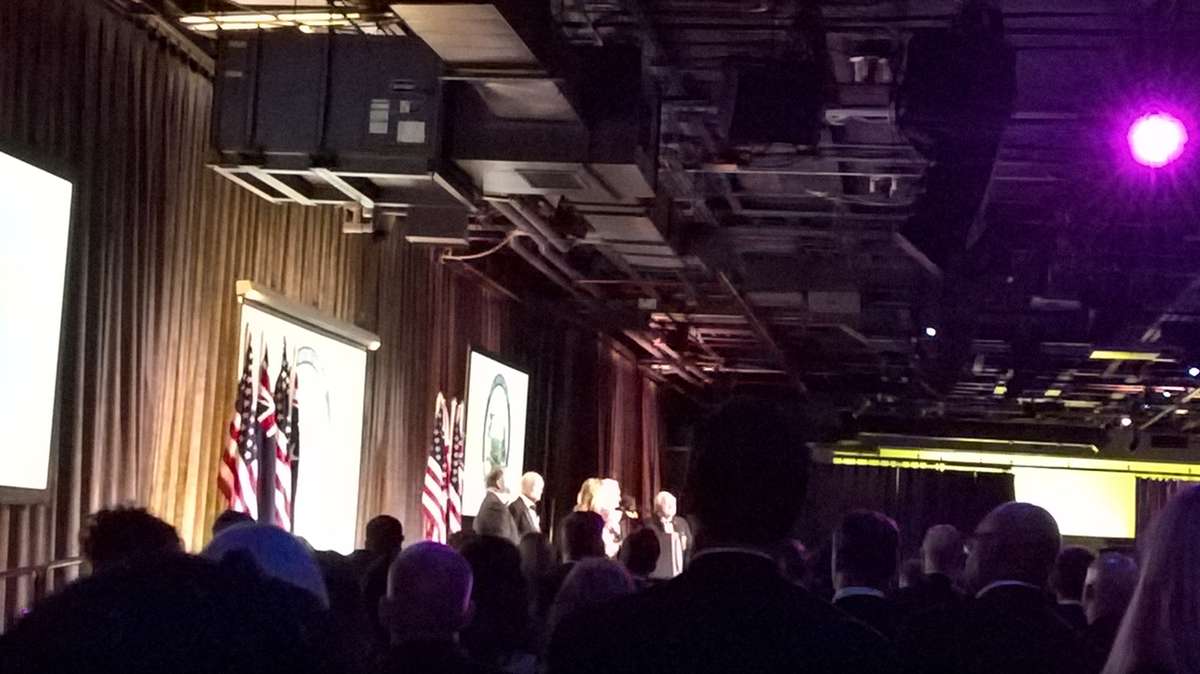 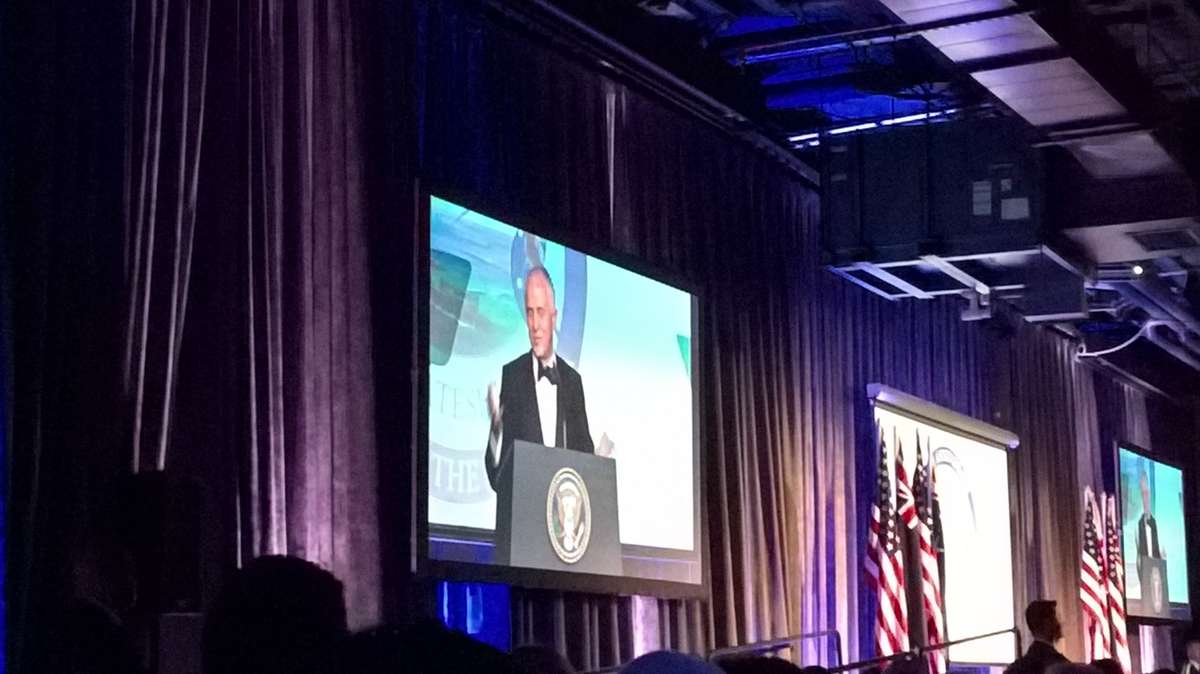 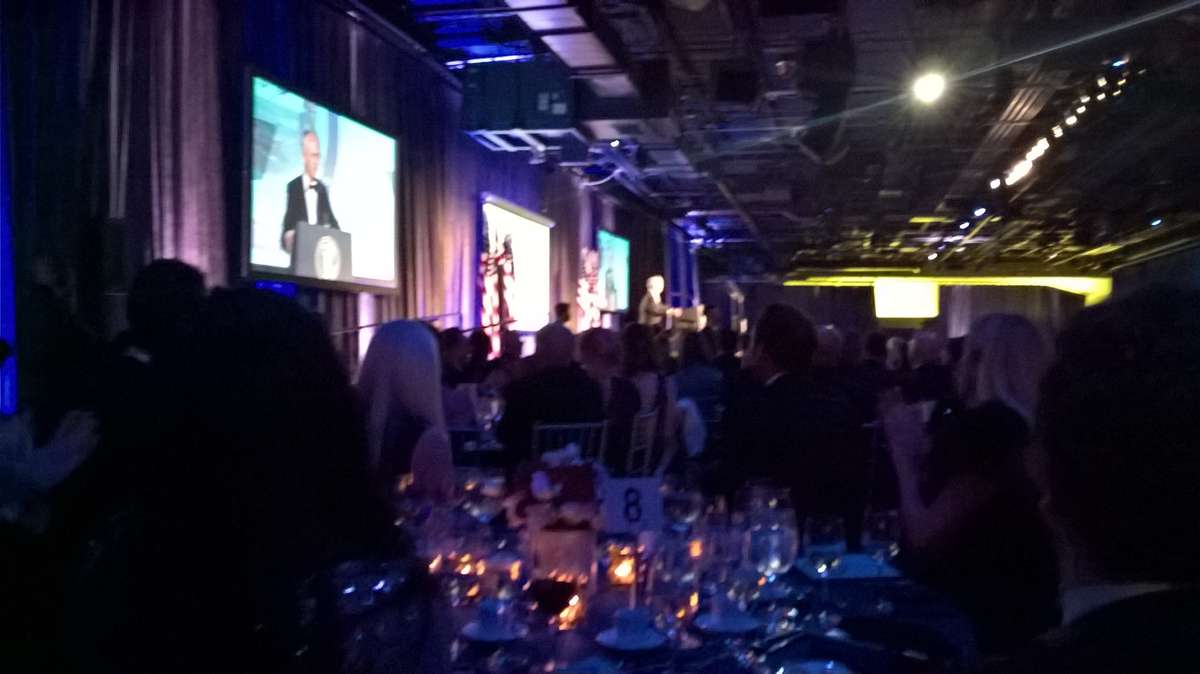 This ‘pinch me’ event (New York! Aircraft carrier! WWII veterans! PM! President! Tuxedo? Black tie??) is the latest manifestation of the maritime, defence, trade and cultural ties that have for two centuries, bound Australia to the USA. The highlight of the night for me was at the end, as guests began to leave, I wandered across to shake hands with the veterans, who just like my father had risked their lives as little more than boys, to save Australia from a fate worse than death.