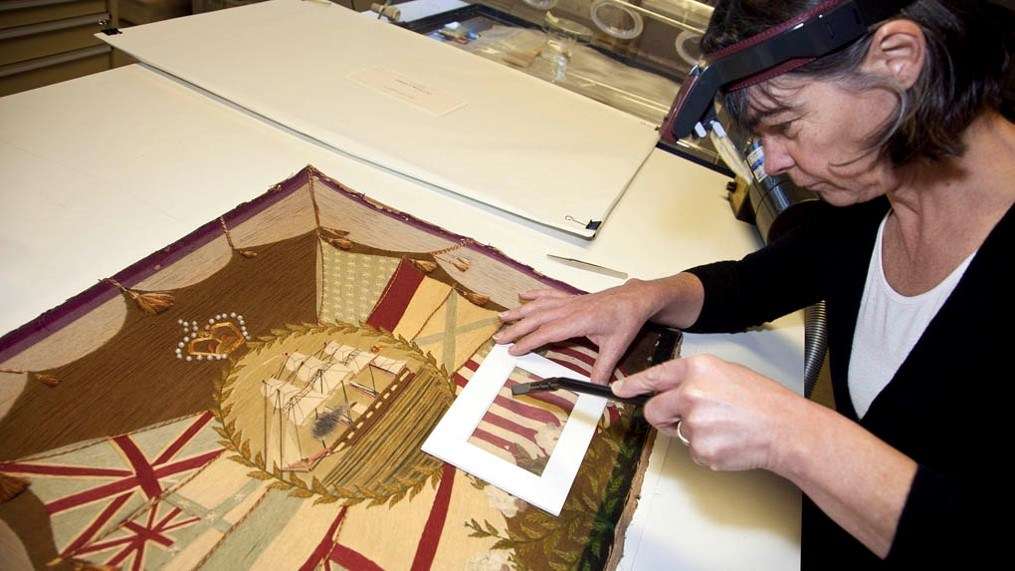 What is a museum without its collection? The stories we tell are imbued in the objects the museum collects and the conservation department is tasked with caring for these objects. Our conservation team look after a range of artefacts, from paper to paintings, ceramics, textiles and even archaeological material recovered from the seabed. From small coins to the HMB Endeavour replica, every object is condition reported, treated and conserved. The team monitor the environmental conditions our objects are either stored or displayed in, checking light levels, relative humidity and maintaining a stable temperature.

Last Friday, the museum hosted the annual Women in Science Symposium in partnership with the University of New South Wales and Science 50:50. This program aims to encourage girls in high school to look beyond lab coats and see the possibilities for careers in science. Representatives from Fizzics Education,  Macquarie University Indigenous Science presenters, NSW Parks, Young Scientists Australia, ANSTO, Royal Botanic Gardens, Questacon, SIMS and UTS spoke to the girls about all things science and being a science communicator. 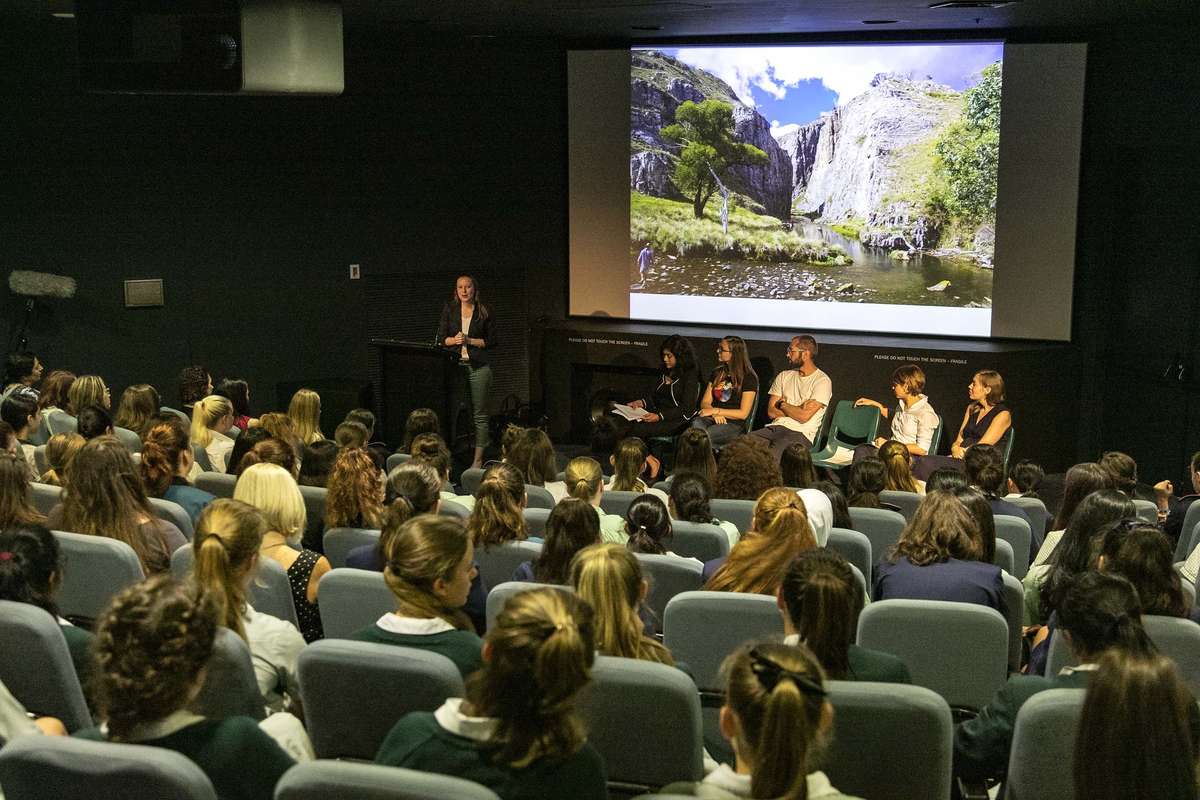 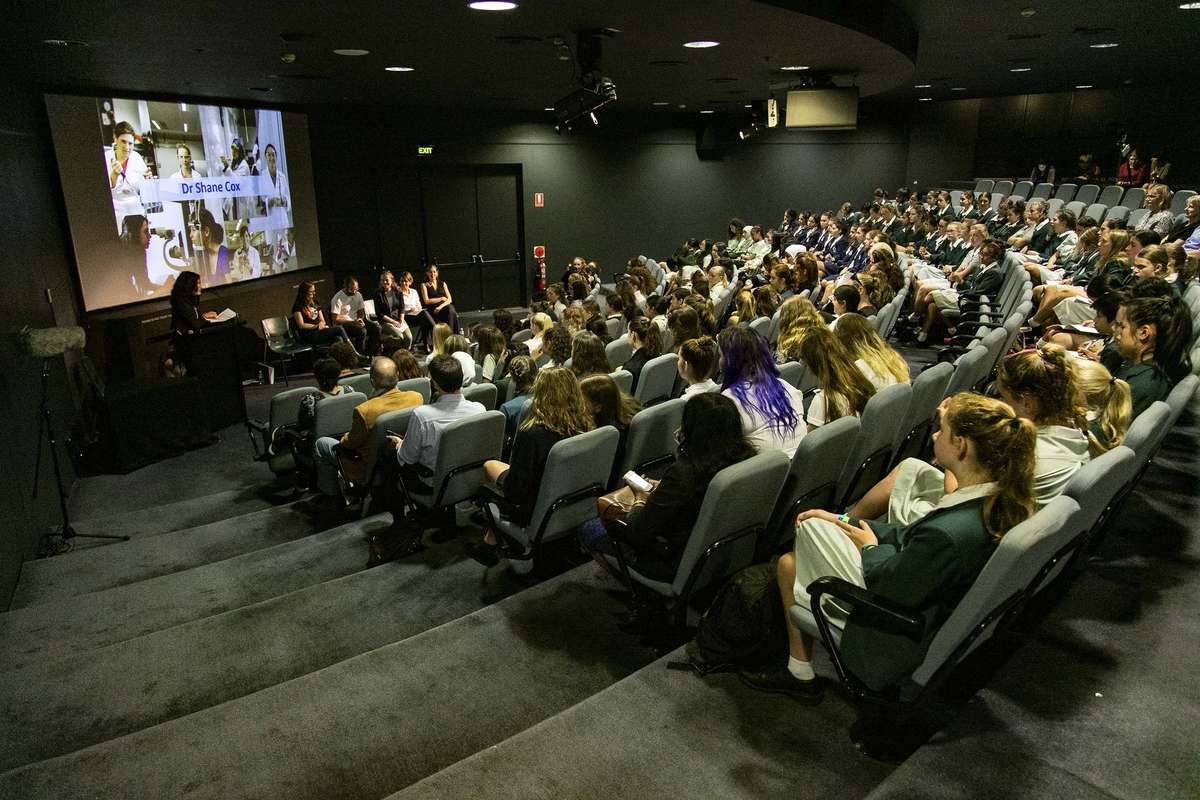 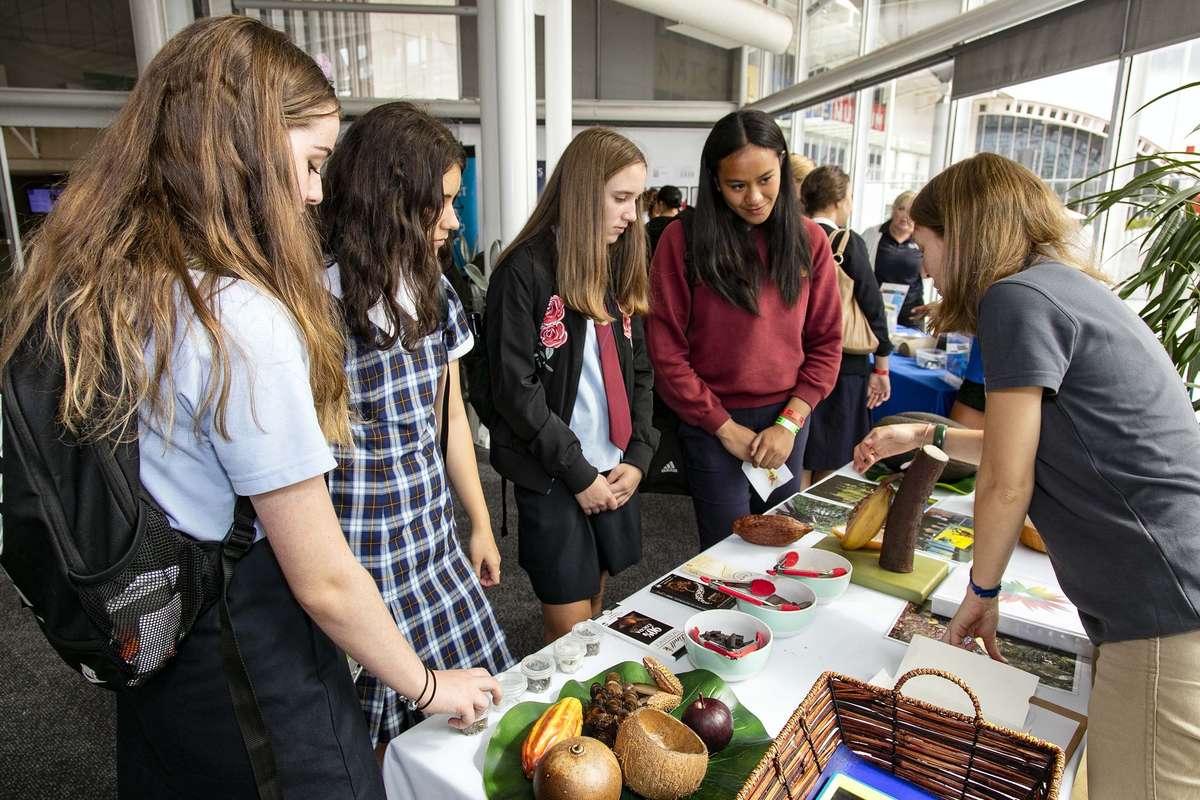 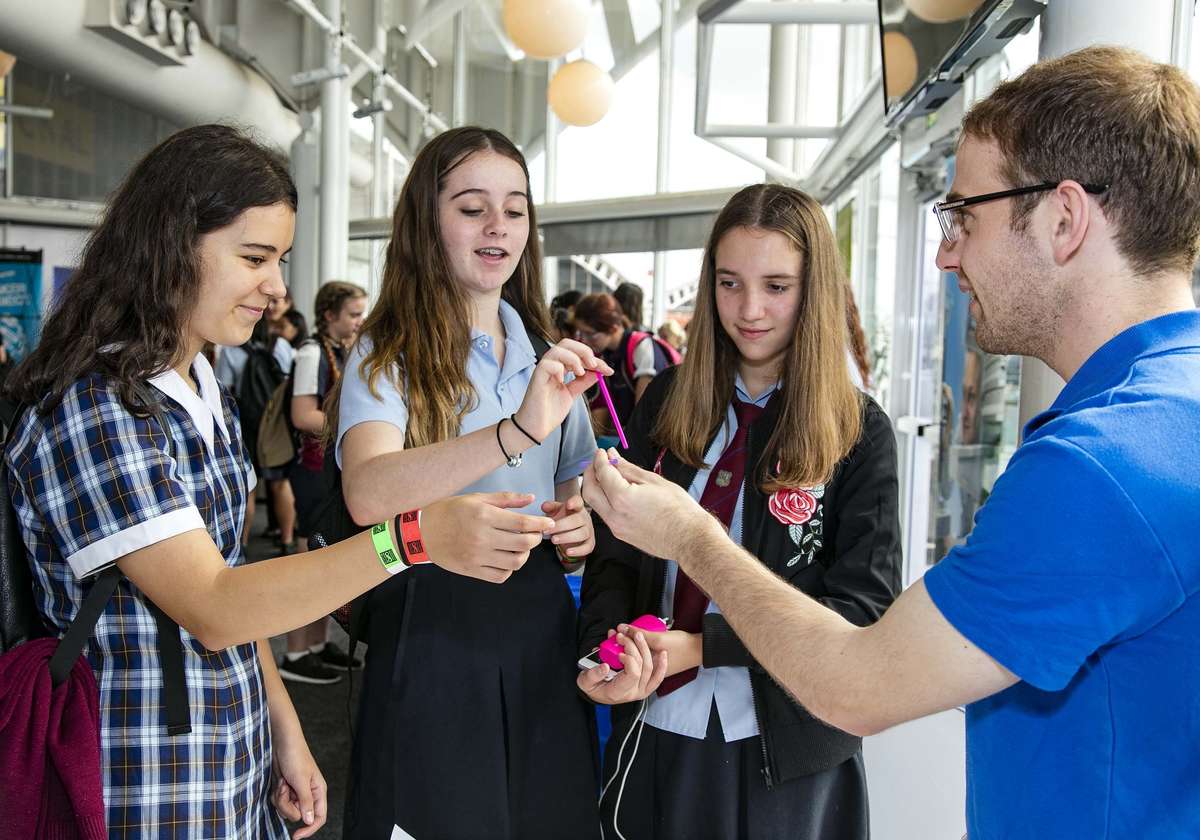 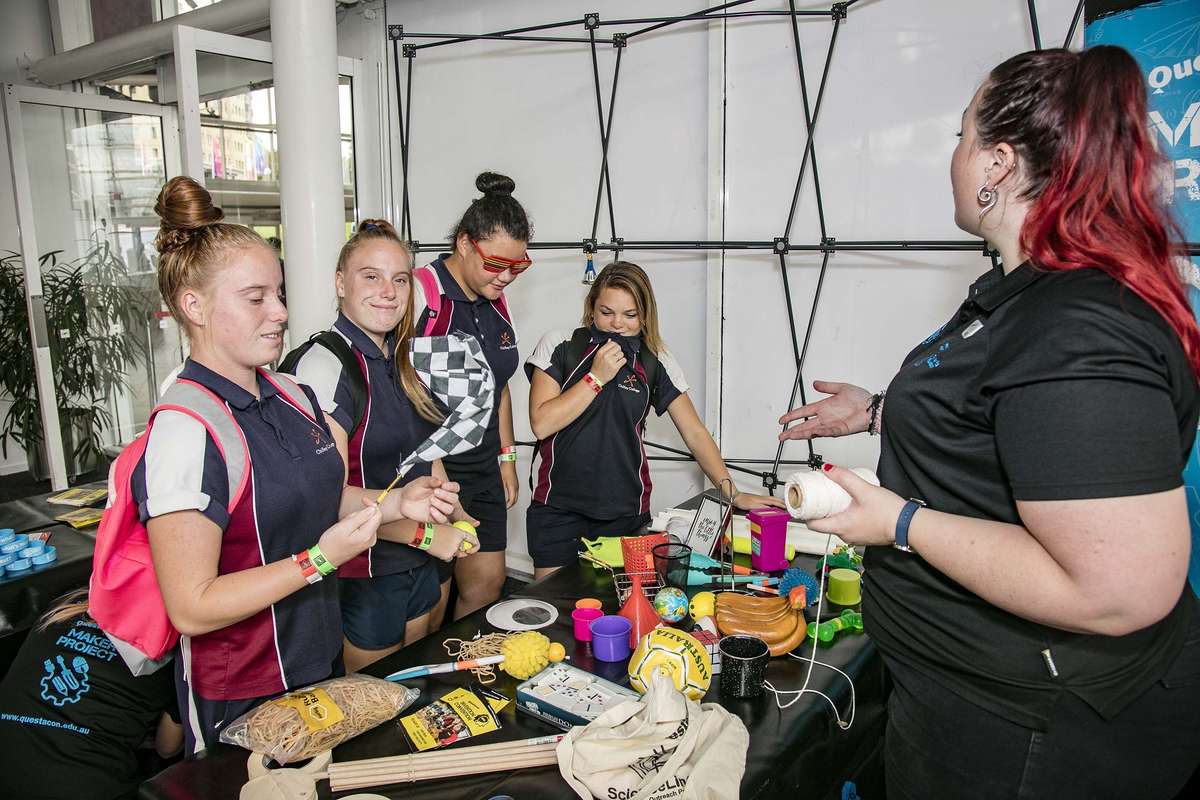 But why do we need to encourage more women into science, technology, engineering and maths (STEM)? Because while women make up half of the Australian population but only one in four IT graduates and less than one in 10 engineering graduates are women (1). Half of all Bachelor of Science and PhD graduates are women but less than one in five senior research positions in Australian universities and research institutes are women (2). We are missing out on talented and inspiring science teachers, researchers, entrepreneurs and policy-makers – today and in the future.

As part of the symposium, almost 400 students were given a tour of the museum object stores and conservation laboratory. This offers students the chance to talk with and ask questions to women who work in science-related areas.

So who are the Women in Science at the Australian National Maritime Museum? We spoke with three of our conservators to find out.

What tips would you give your 16-year-old self about your job/study?

Lucilla Ronai: It’s alright to do ‘fun’ subjects at school that you are passionate about. Also the workplace is increasingly interdisciplinary in nature- you don’t have to stick with a single specialty and everything you learn can come in use. Also, read more!

Agata Rostek-Robak: Agreed – it’s ok to do art and you aren’t required to do ONLY science subjects. I wish I had dropped physics and done art, or maybe history. You will be surprised what comes in handy on the job and let yourself enjoy a variety of subjects; I didn’t know that you could mix science up with other things.

Don’t be afraid to try out careers you are interested in. Most people come to conservation as a second career. Volunteer as much as possible and once you decide your course be persistent. At the time I studied the course in Canberra didn’t take many school leavers, but I didn’t let that discourage me.

Rebecca Dallwitz: Talk to people already in the field. Ask questions: how did they get into their job? What is the cultural sector like? What are the opportunities? 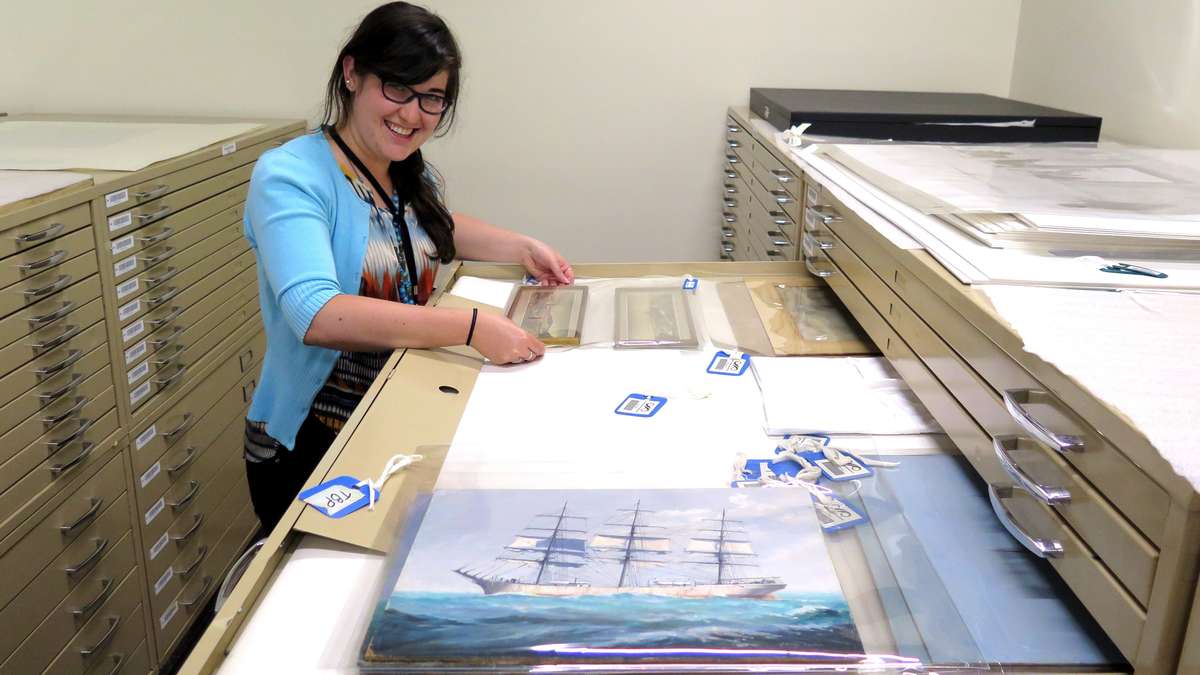 What is your favourite bit of science trivia?

Lucilla: Oil paint doesn’t dry, it polymerises. After 20 years it can still be ‘wet’. At art school, I was amazed to find this out because it made me question what does an artist know about their materials? We weren’t taught about the longevity of our works and how sensitive they may be to archiving practices.

Agata: Your skin is the largest organ in your body. Also, that nitrate film does ignite but not by itself, it needs heat to active the process – such as the heat from a film projector. And cellulose nitrate will keep burning when it is placed in water.

Rebecca: Soluble nylon is actually not soluble. It was applied to objects like friable stone to consolidate during desalination. Then unfortunately proved to be very difficult to get off…

What is your speciality?

Agata: Conservation management – but I originally trained in object conservation.

Where did you study?

Lucilla: The University of Sydney with a Bachelor of Fine Arts and then at the University of Melbourne for my Masters in Cultural Materials Conservation. During my BVA I specialised in print media and thought about becoming a teacher but I found conservation instead.

Agata: The University of Canberra to complete by Bachelor of Applied Science in Cultural Materials Conservation. I’ve completed a Diploma is Law and Collection Management through the Insitute of Art and Law. Currently studying a Masters of Business Administration.

Rebecca: Australian National University, Canberra where I did a Bachelor of Arts, with honours, in Anthropology then to the University of Melbourne for my Masters in Cultural Materials Conservation. 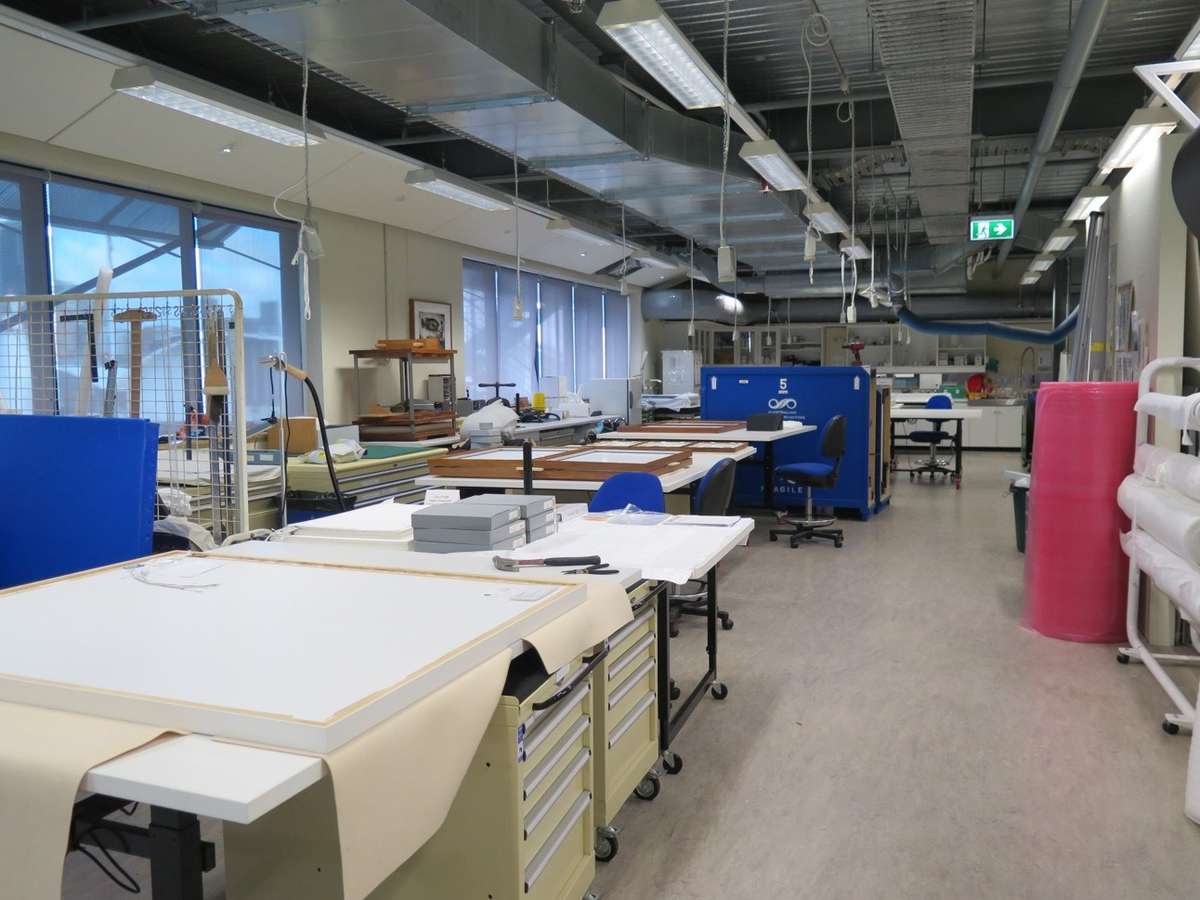 Were you good at science at school? Did you like it?

Lucilla: No, I dropped science (except for Maths) as soon as I could during high school! My sister was the scientist of the family (she’s currently completing her PhD). When I was starting my Masters they offered a chemistry bridging course as they acknowledged everyone’s diverse previous areas of study. It was a very intensive way to study, but it complemented the Master’s degree and was incredibly useful to fast track gaining the required knowledge. I ended up doing better in the Master’s science subjects than in any of the others!

Agata: I was good at science during high and I did like it. I moved to Australia from Poland at 14, so I found maths and science very easy while I was learning English. During the senior high school, I did all science and math subjects but I did end up enjoying English as well.

Rebecca: Not at all – I was going to be a journalist. But my grandfather and father were both scientists. My grandfather was a petrologist and worked with Douglas Mawson (there’s a site in Antarctica named after him). My father was an entomologist who worked for the CSIRO in Canberra and Papua New Guinea. 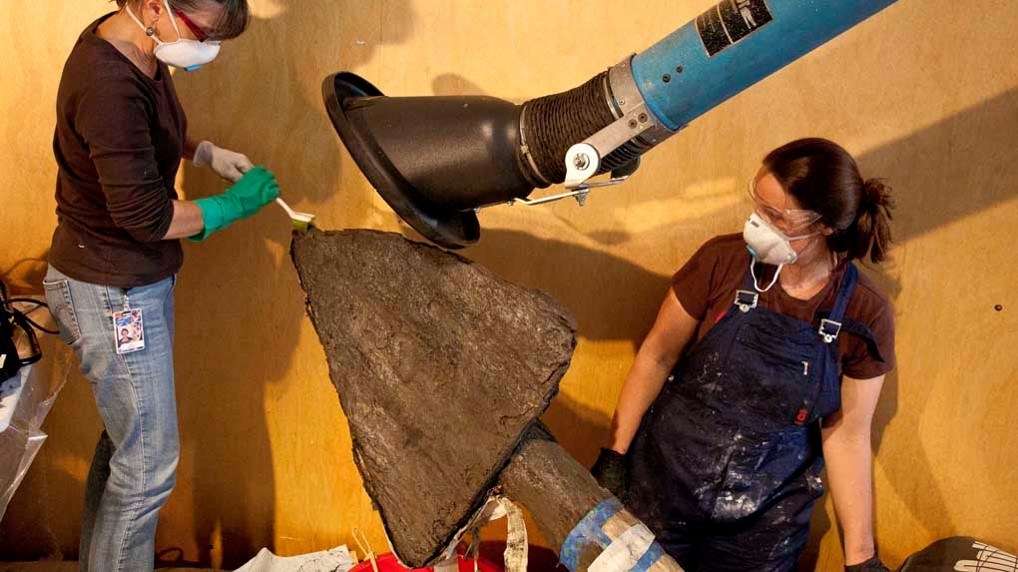 Why did you become a conservator?

Lucilla: I didn’t know about conservation at all but I stumbled upon it when I did a few introduction to archaeology units during my BVA. I wondered what happened to the objects after they are excavated. I was told to “go and talk to the conservators” and so I did! Those archaeology units also showed me how science contributes to the way artefacts are interpreted, enjoyed and looked after.

Agata: I knew conservation was a career option in Poland but didn’t know if you could do conservation in Australia. Then I met someone who worked at the Museum of Applied Arts and Sciences and they encouraged me to volunteer with their conservation department. I originally wanted to be a metals specialist but didn’t enjoy the course. I ended up liking working with ethnographic collections instead. I worked with paintings, paper and books at the State Library of New South Wales. I moved into conservation management to ensure a conservator’s work and treatment of an object is supported by collection level preservation activities.

Rebecca: I was living in Kyushu, Japan inside an ancient caldera.  The whole area was dotted with old temples.  I was cycling around looking at them one day and thought, ‘there must be a job looking after this intriguing old stuff…?’

Didn’t make it to Women in Science 2017, you can stream the lectures on Youtube.

View all posts by Kate Pentecost→
Posted in: Conservation
↑