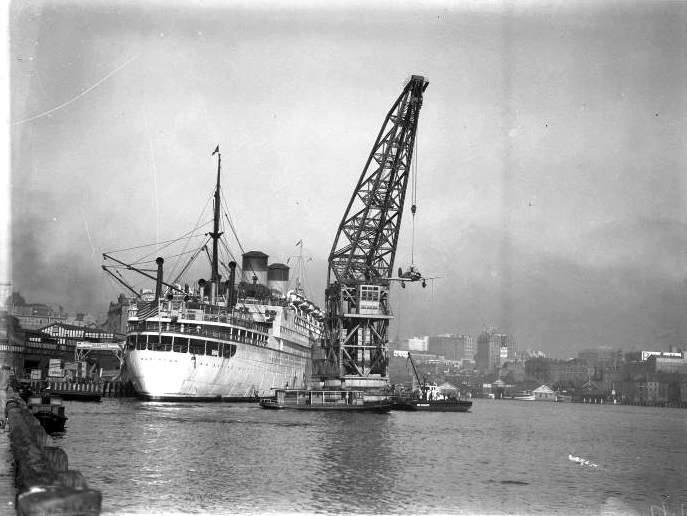 SS Mariposa was launched in 1931 by the Matson Line to carry 700 passengers in luxury across the Pacific from San Francisco to Sydney. Stripped down to carry up to 5000 personnel, Mariposa was one of the minor ‘monsters’ of the Allied troopship fleet during World War II. The world’s biggest ocean liners, nicknamed ‘the monsters’ were requisitioned to transport troops and materiel because they could outrun most enemy ships and submarines and therefore needed fewer naval escorts as they sailed around the world.

On 12 January 1942 SS Mariposa left San Francisco along with two other ex-luxury liners, the SS President Coolidge and SS President Monroe, bound for Suva and Sydney escorted by two US Navy destroyers and the light cruiser USS Phoenix. 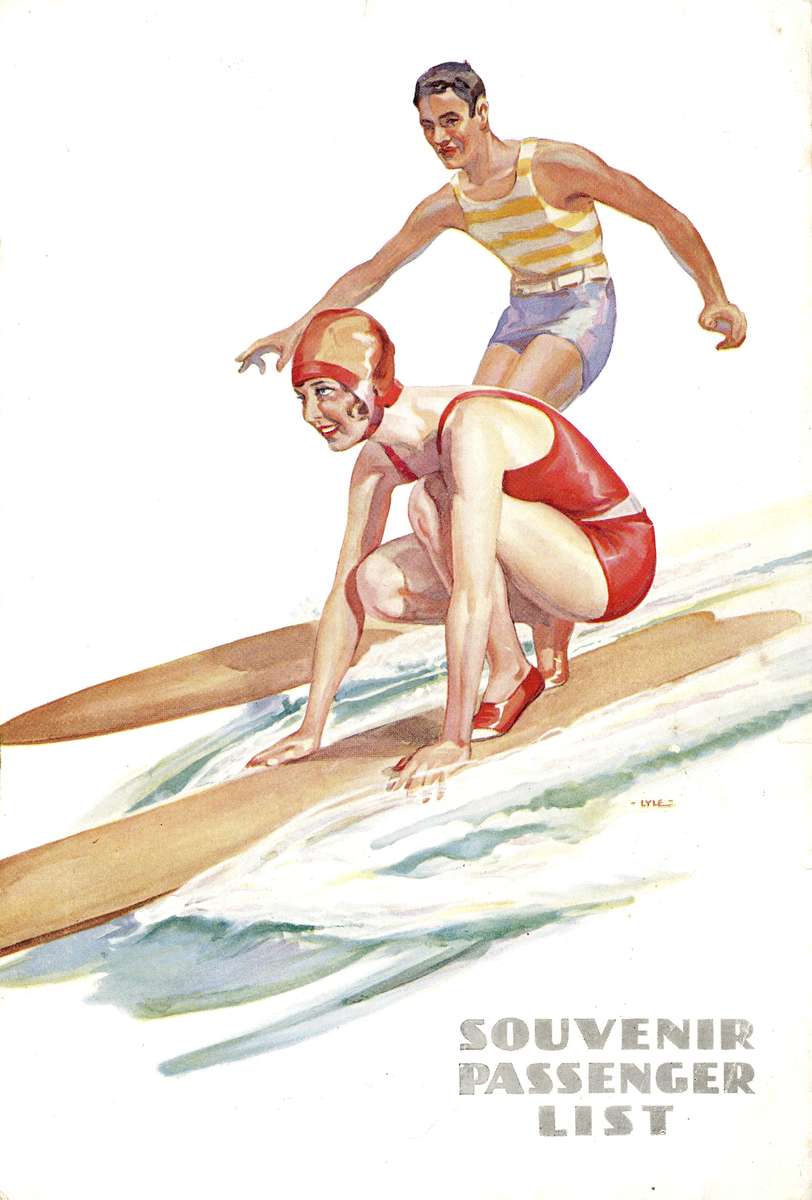 This was the first American convoy to Australia after Pearl Harbor, bringing American personnel, ammunition and P40 fighter aircraft intended for the Philippines and Java. Among the troops were the13 US officers who were to become the nucleus of General Douglas Macarthur’s Southwest Pacific Command to be headquartered in Australia, and Private Edward Leonski who would gain infamy in Melbourne as the ‘brownout strangler’. 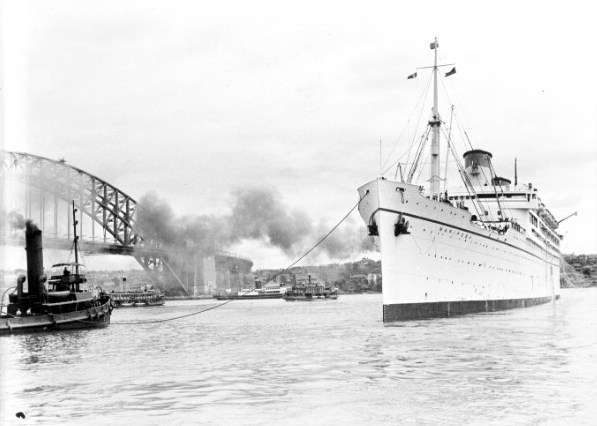 The ships reached Melbourne on 1 February and left for Perth on 2 February bound for India, but were sent straight to San Francisco from Perth as the Japanese attack on the Philippines intensified and Australia became the most important staging post for American personnel and equipment. The Mariposa survived WWII unscathed and in 1946 ferried Australian dependents of US military personnel (‘Warbrides’ and their children) from Brisbane and Sydney to the USA.

The ship was bought by the Home Line in 1952, extended and refitted as a passenger cruise liner and renamed SS Homeric for the trans-Atlantic run and later on Caribbean and Pacific cruises, before being scrapped in 1974.

You can see several objects purchased with the USA Bicentennial Gift Fund up-close in high resolution over at our Google Cultural Institute Page.

View all posts by Richard Wood→
Posted in: From the collection , Vessels
↑