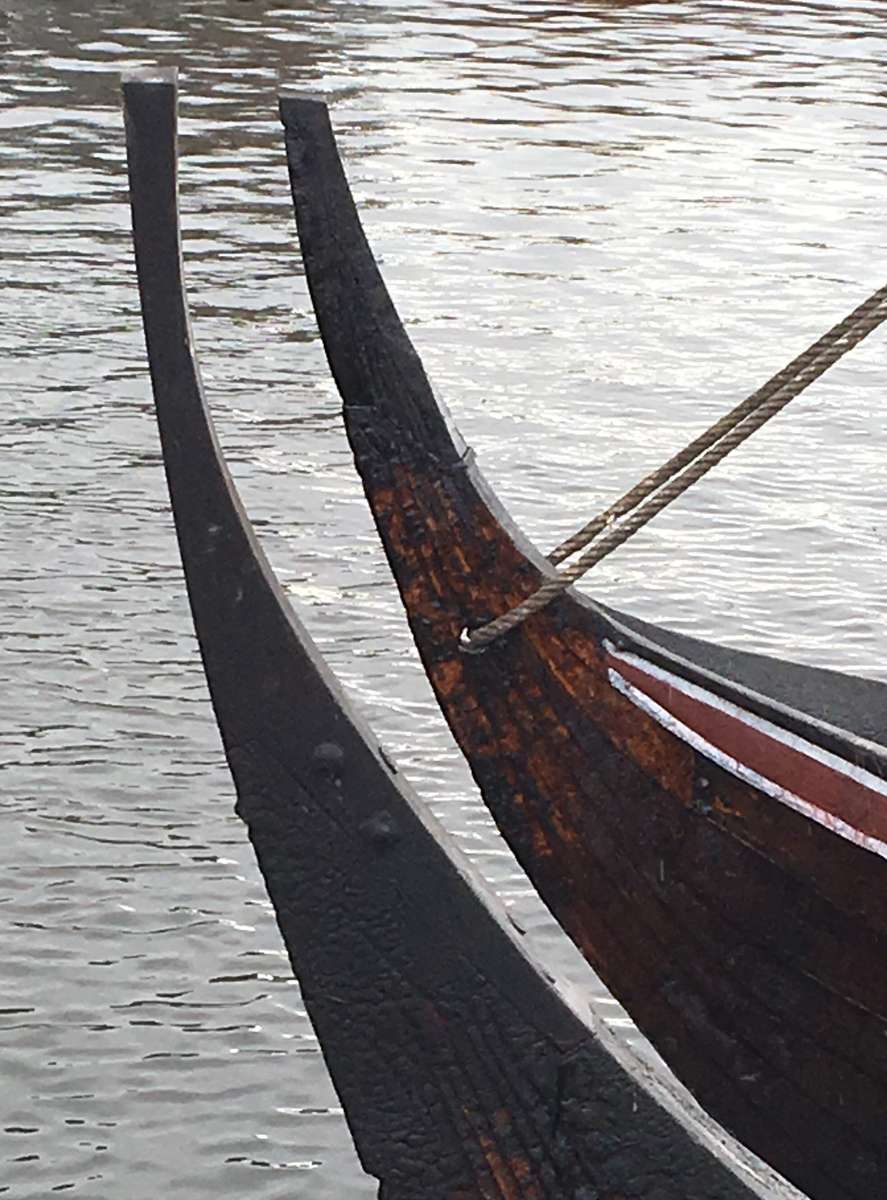 This is part of a series by Curator Dr Stephen Gapps who received an Endeavour Executive Fellowship from April to July 2016. Stephen is based at the Swedish History Museum and the National Maritime Museum (including the Vasa Museum) in Stockholm, Sweden. He is working on several Viking Age and other maritime history and archaeology related projects.

This is the last note in this series of Viking ‘journeys’. After nearly three months in Stockholm, it was time to see some of the famous museums, burial sites and stone arrangements across Scandinavia. And some not so famous.

First stop was the island of Birka for a sail on Aifur, the reconstructed Viking Age vessel that travelled by sail, by oars on rivers and overland on wheels from the Baltic to the Caspian Sea in the 1990s. It was one of several important journeys of historical reconstruction that make it beyond doubt the Vikings could have travelled so far to the east. 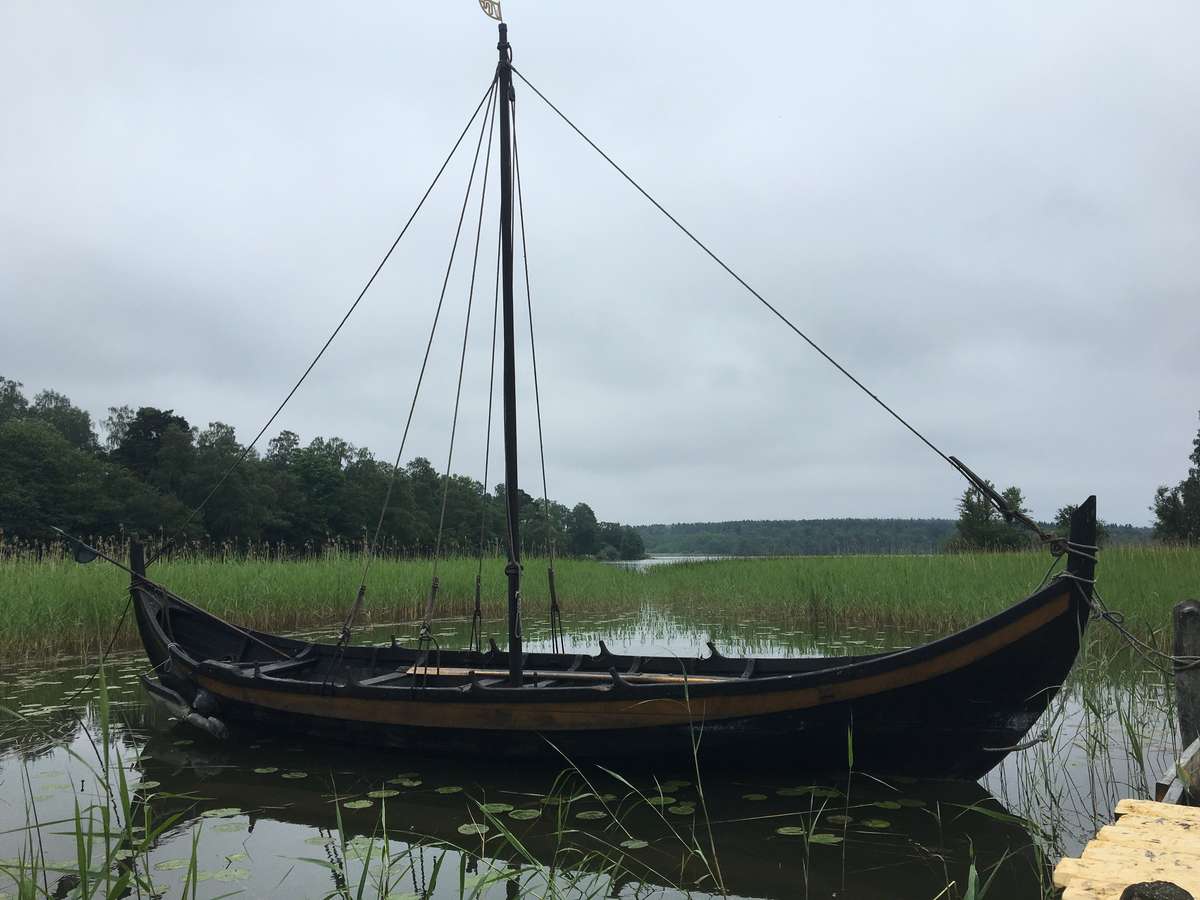 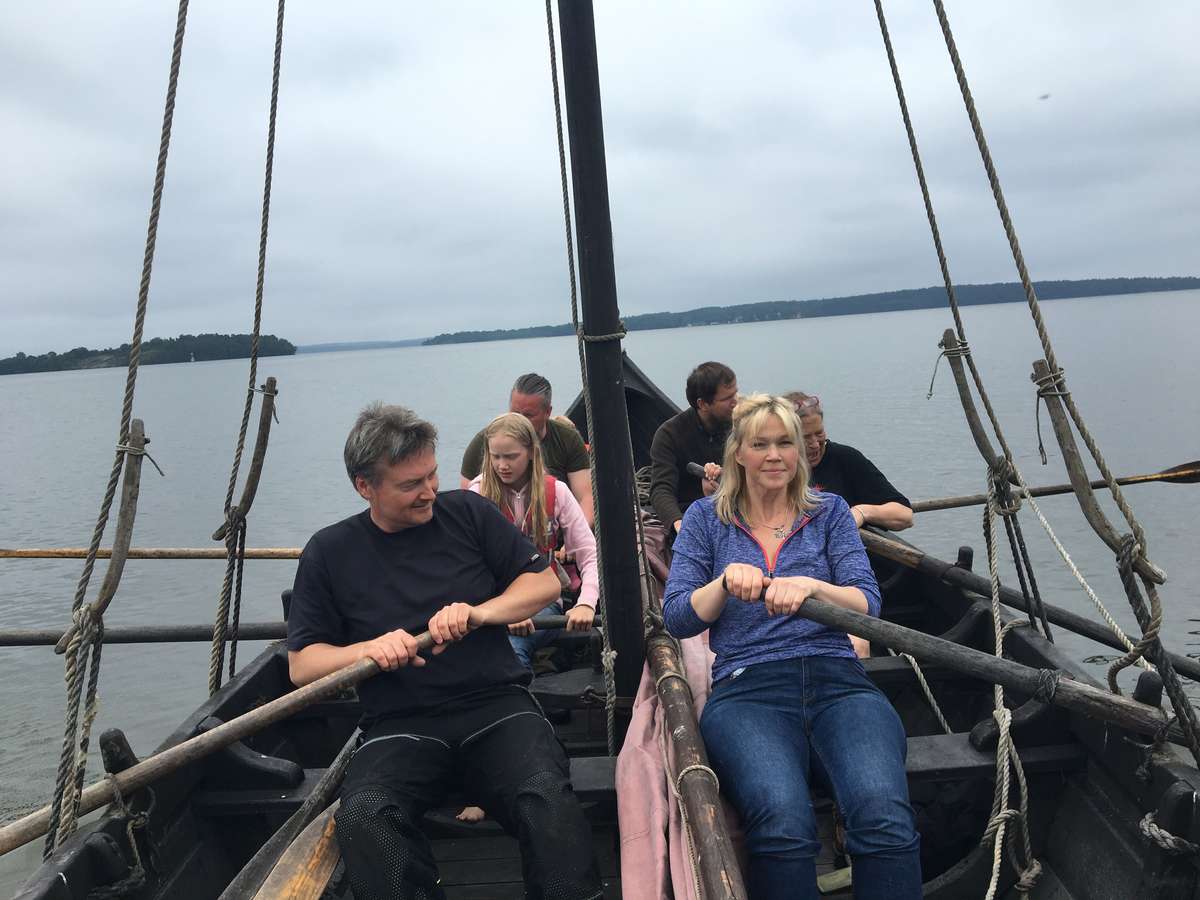 Rowing out from Birka Harbour to find some wind

Aifur‘s skipper and maritime archaeologist Håkan Altrock’s next project is even more ambitious – sail from the Baltic Sea to North America via Iceland and Greenland. He is building a bigger boat – and needs all the help he can get! 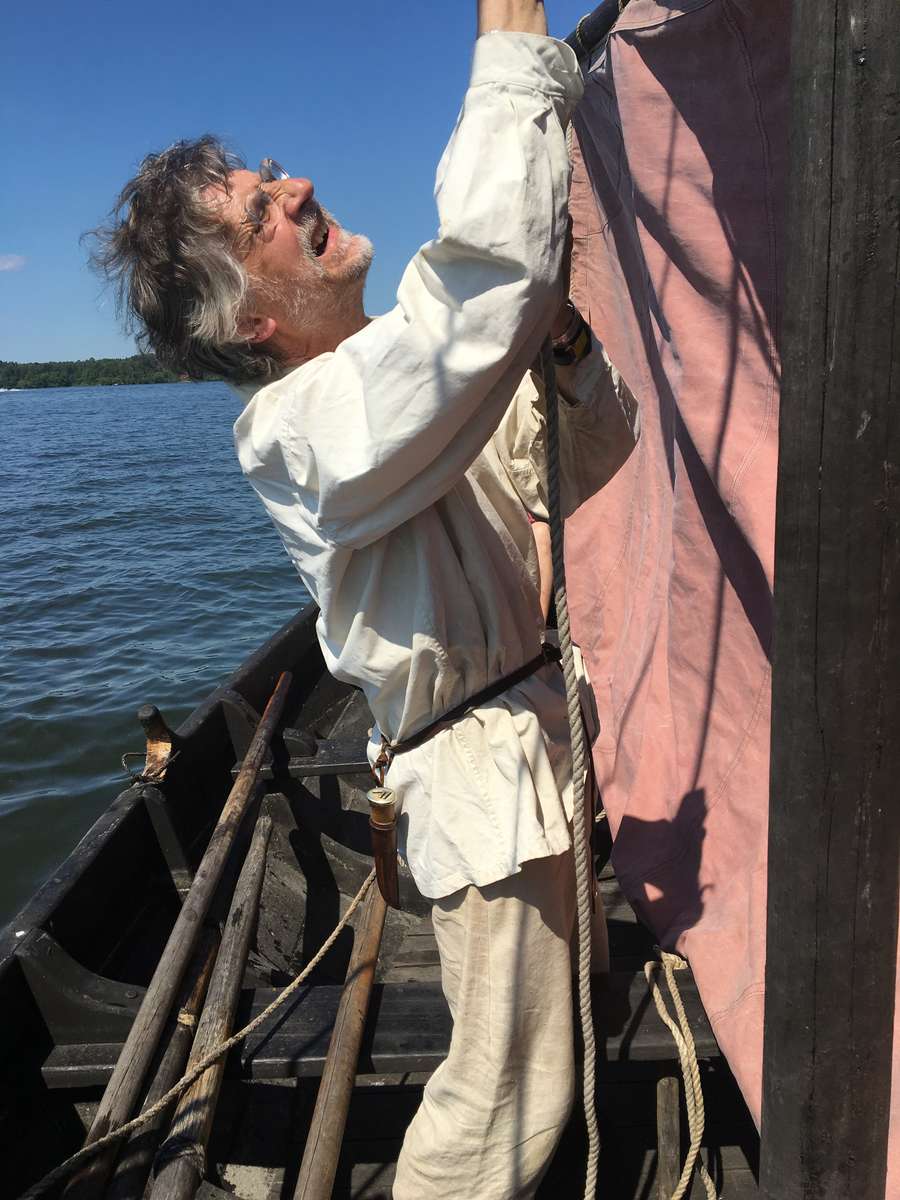 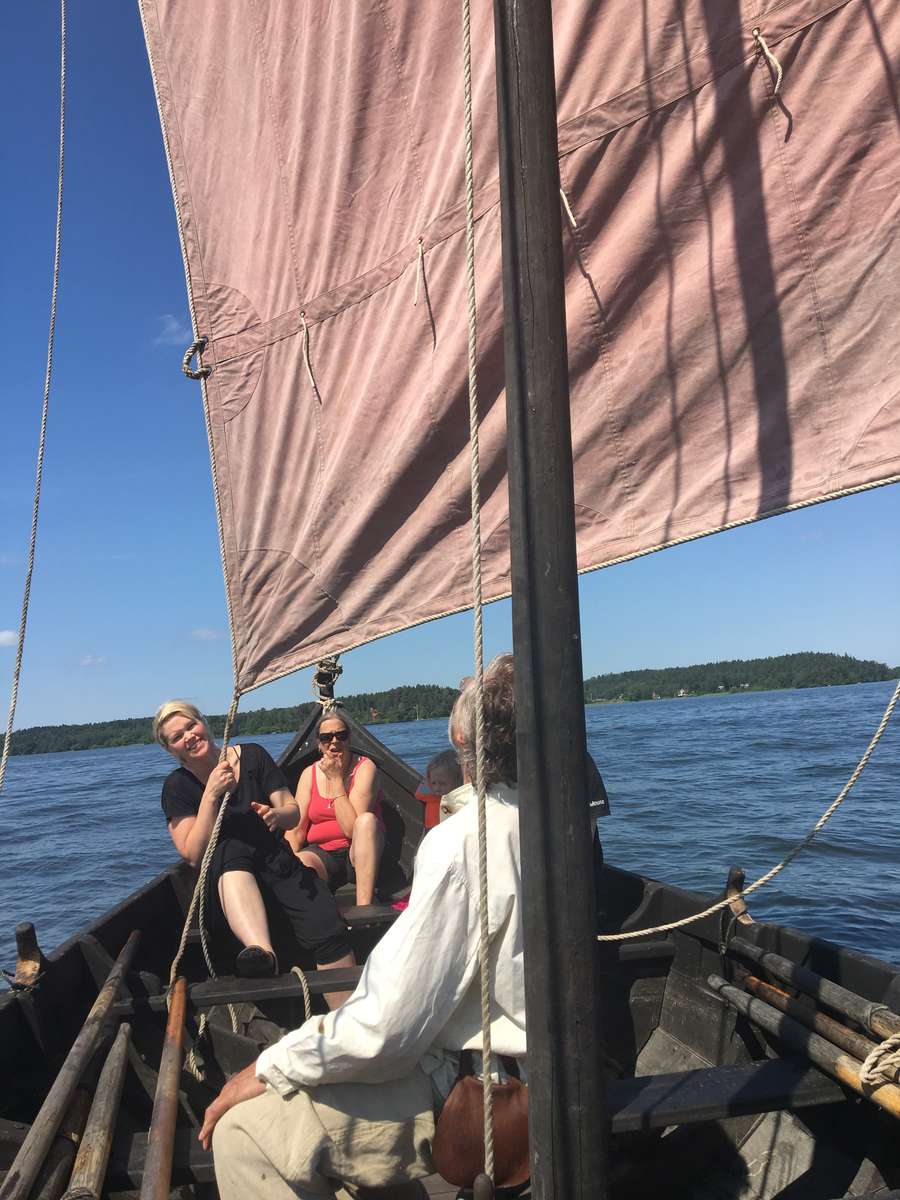 Some wind at last. The Aifur’s ability to manoeuvre and sail to windward was quite surprising. 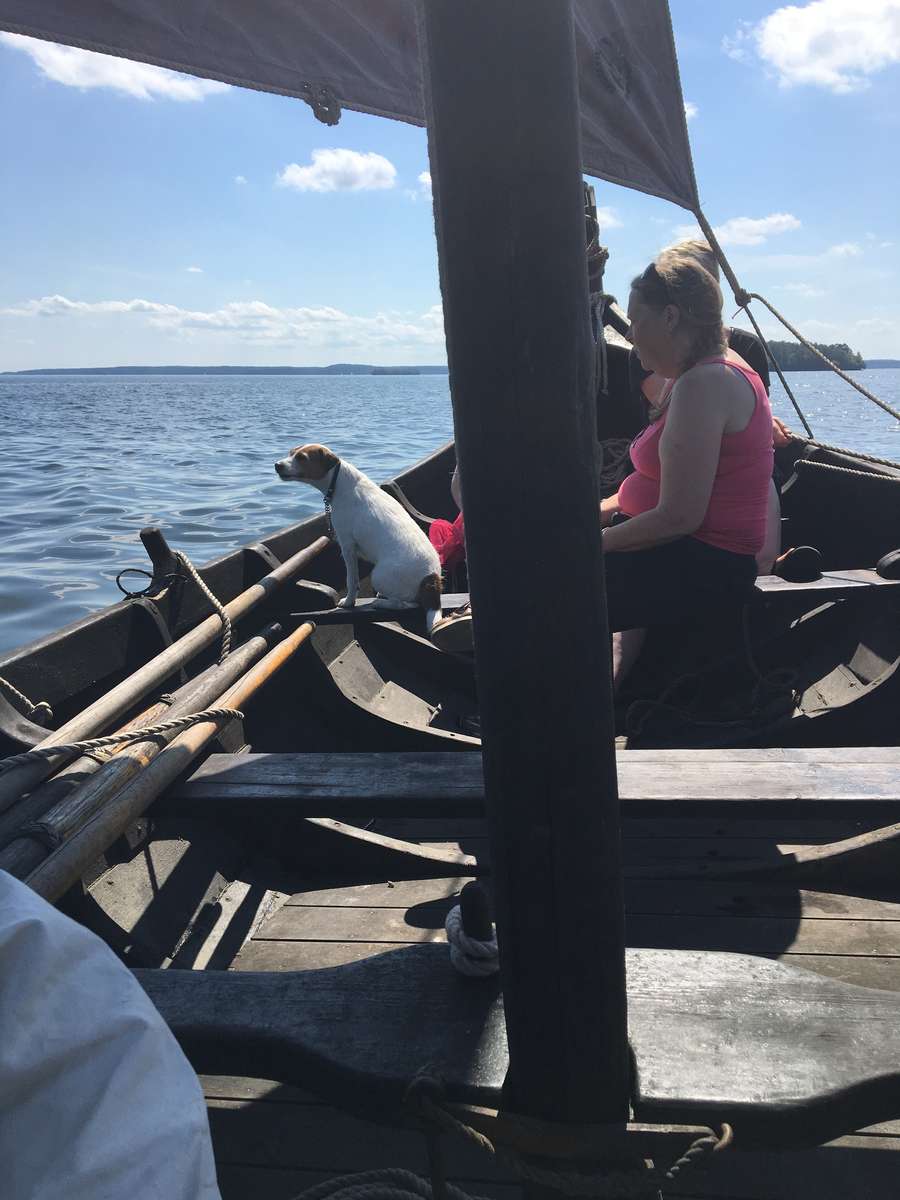 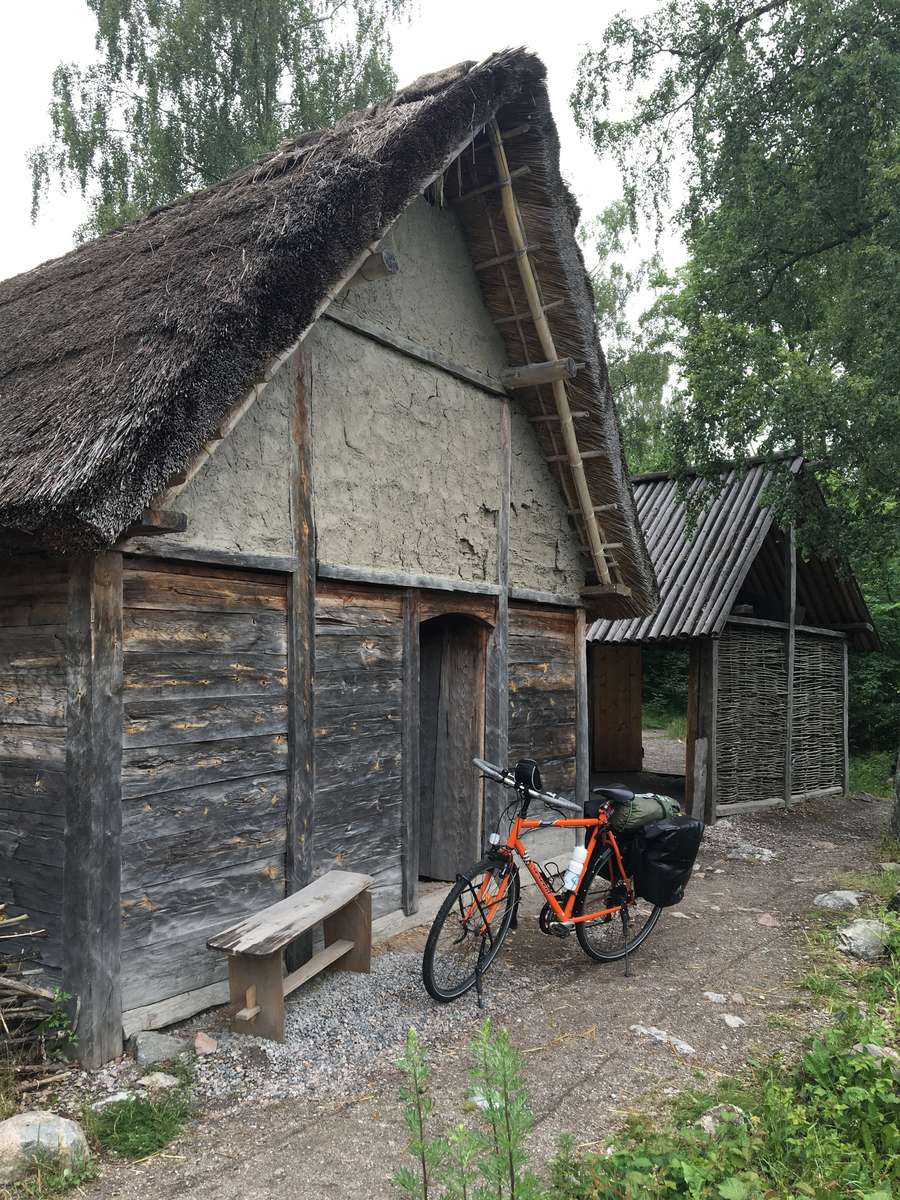 After Birka, it was off by steamboat to the town of Mariefred, also on Lake Malaren. Mariefred is famous for Gripsholm Castle – a Swedish Royal Family residence until the 18th century – but also has a few wonderful runestones. 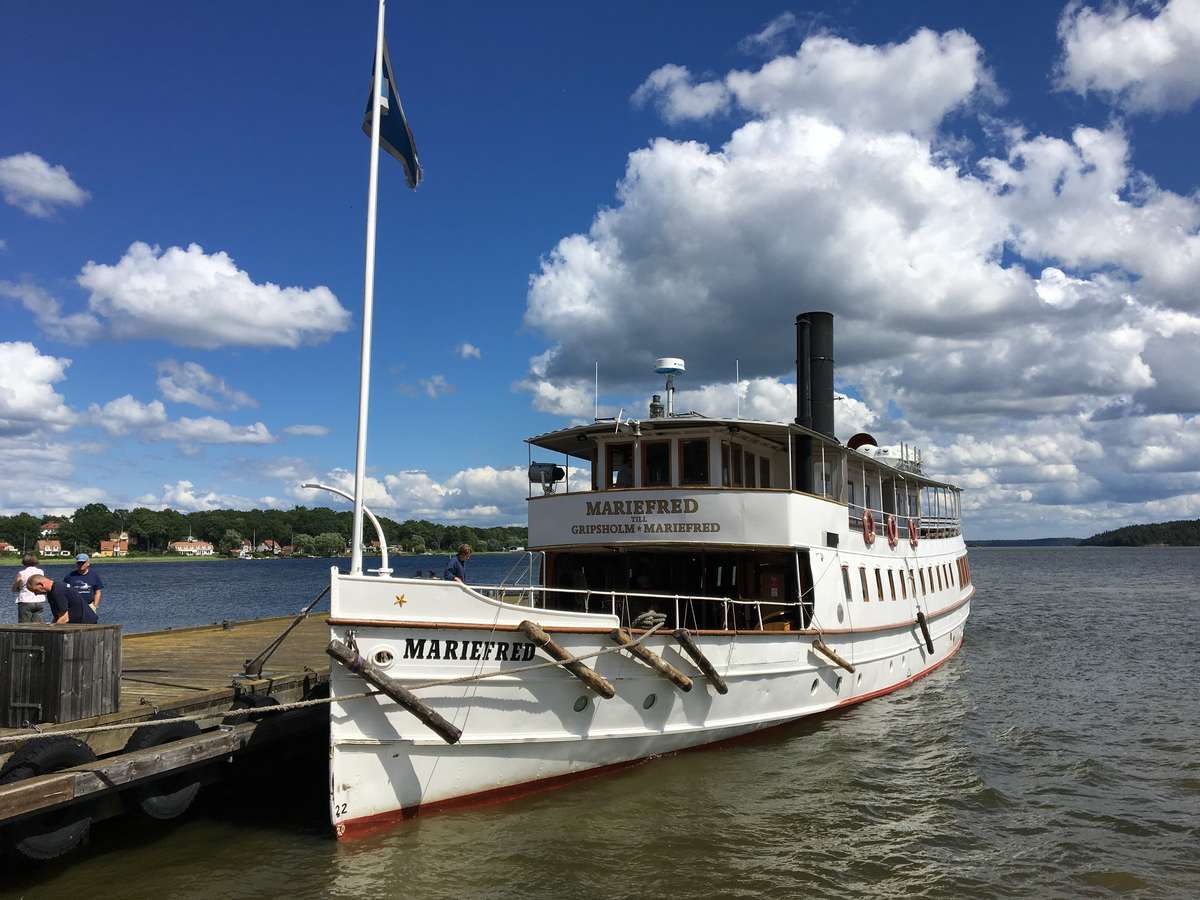 SS Mariefred, built in 1903 to service the Lake Malaren area west of Stockholm
This stone was set by Tolla in memory of her sons Ingvar the Far-travelled and Harald, who both died while voyaging ‘in the south, in Serkland’, the the Saracens’ lands. 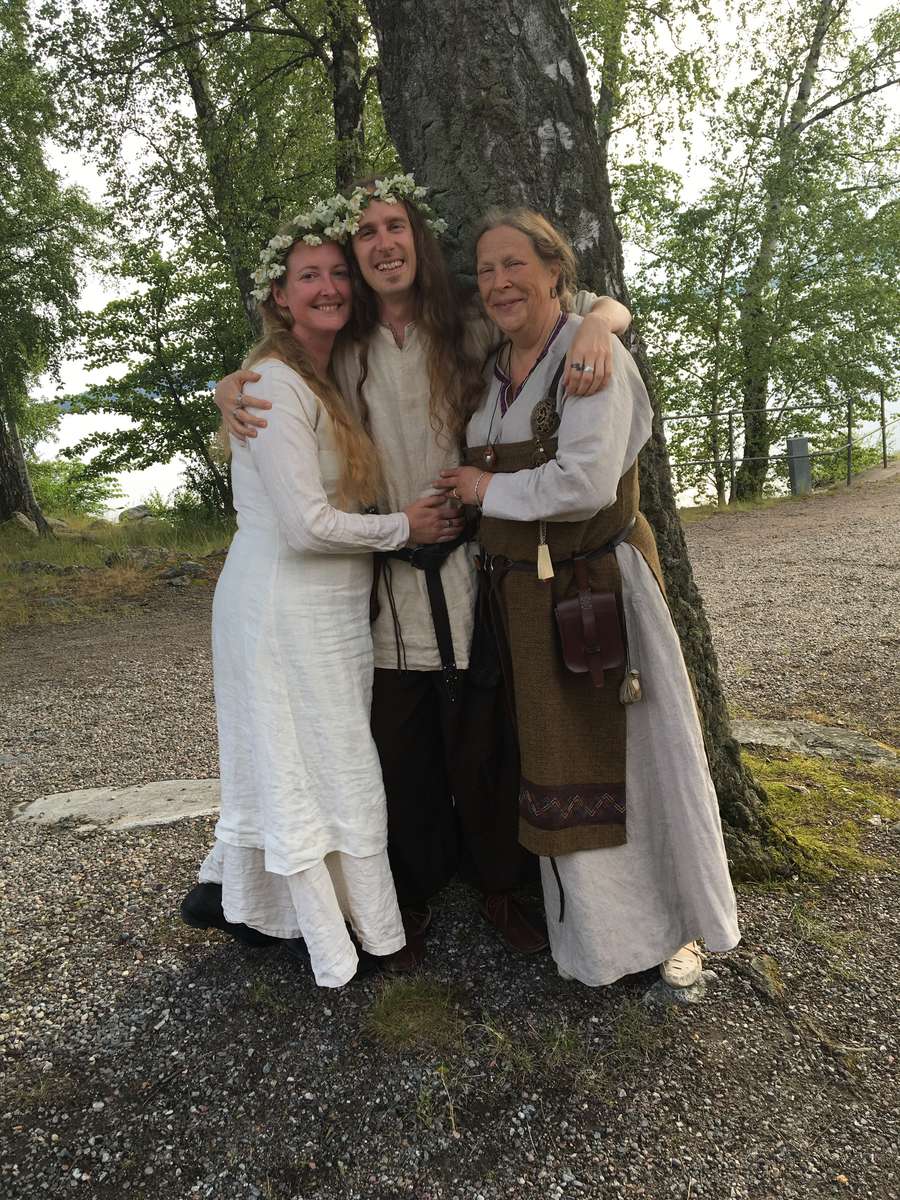 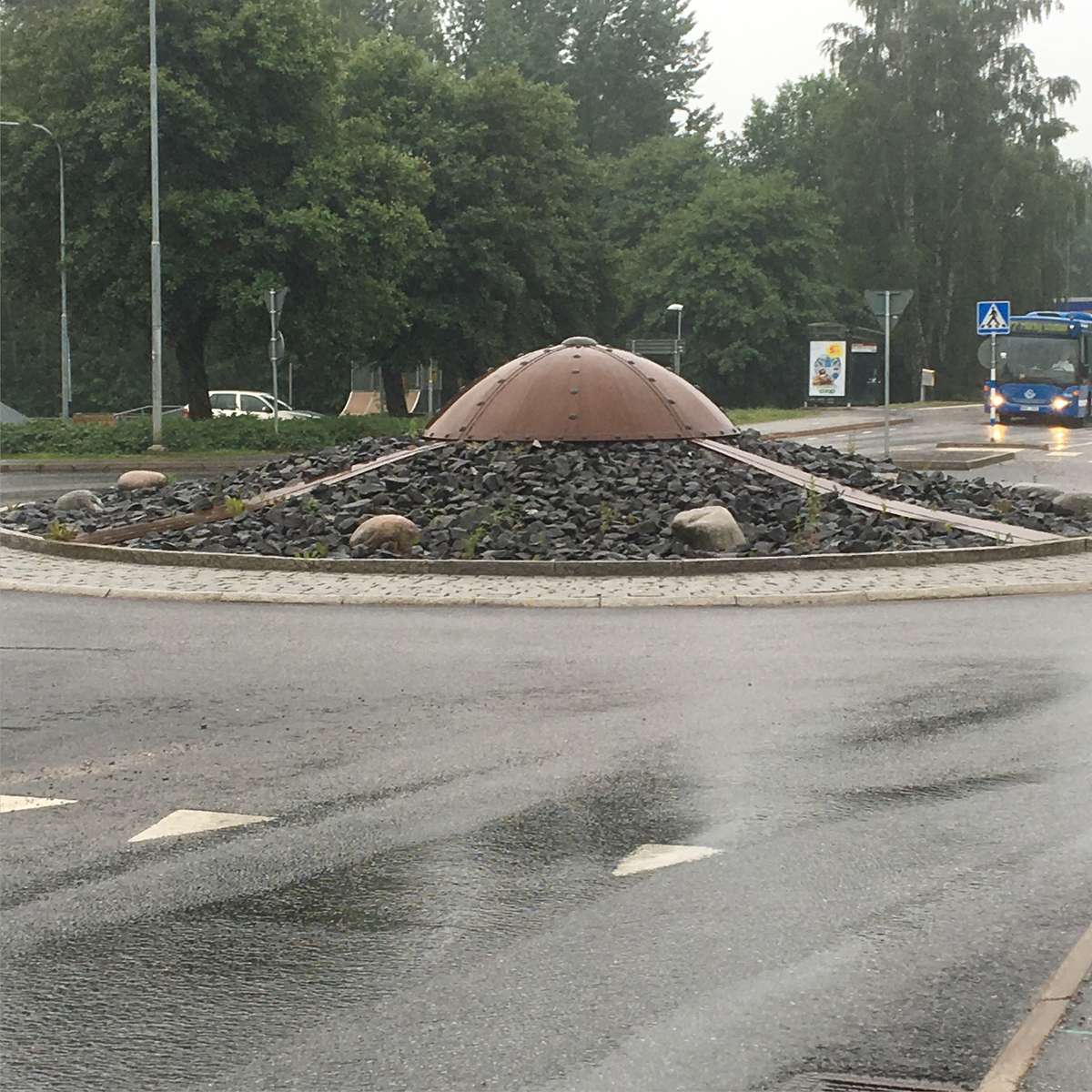 Then it was time to pop the bicycle on a train and leave Sweden to visit the Viking Ship Museum in Oslo, Norway. The museum was purpose built in the 1930s to house archaeological finds from the ship burial sites Tune, Gokstad and Oseberg and the Borre mound cemetery. The Oseberg ship was placed in a burial mound around 834 AD, though the ship is thought to be older than this. It was excavated in 1904 and was found to contain the remains of two women. It was well preserved and filled with grave goods. Some textiles and even the women’s dresses have survived. The ship itself is truly spectacular and one of the finest finds to have survived from the Viking Age. 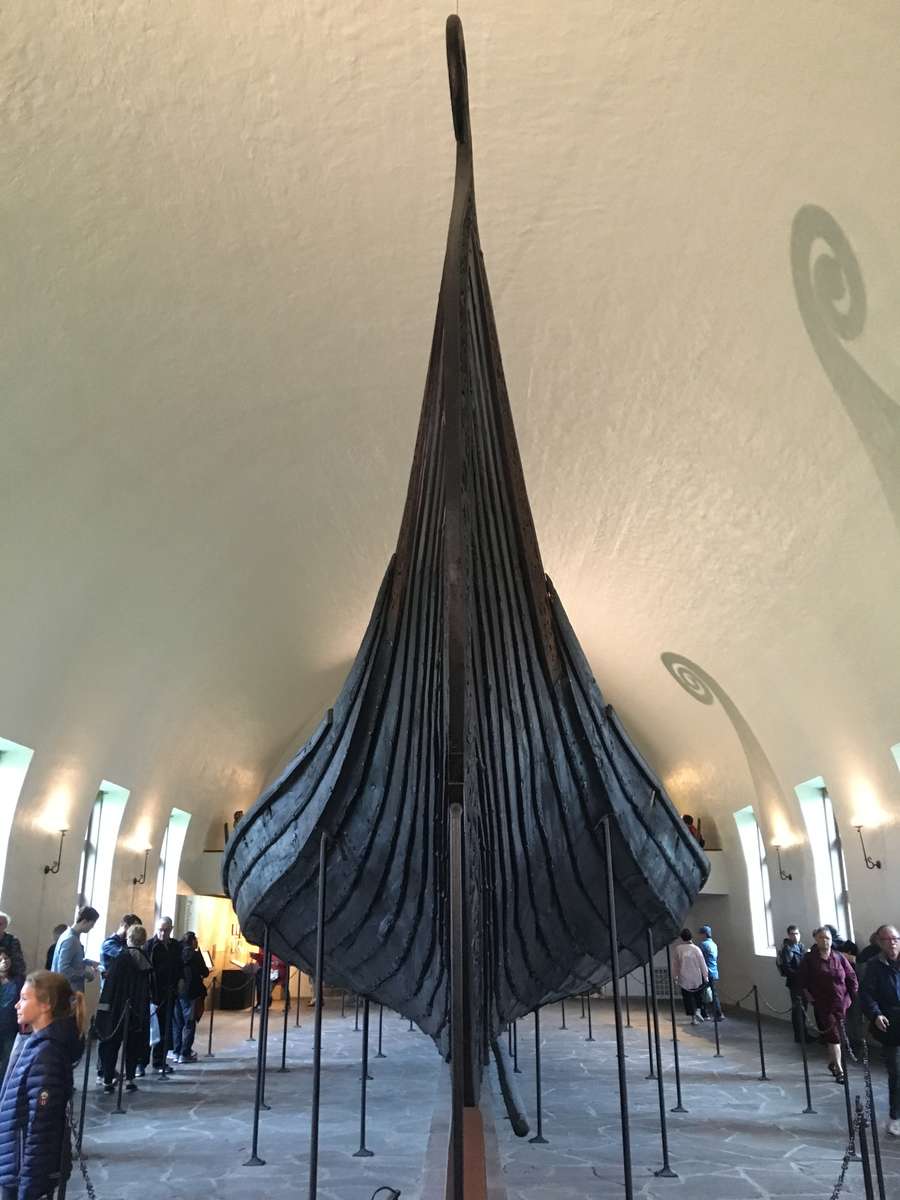 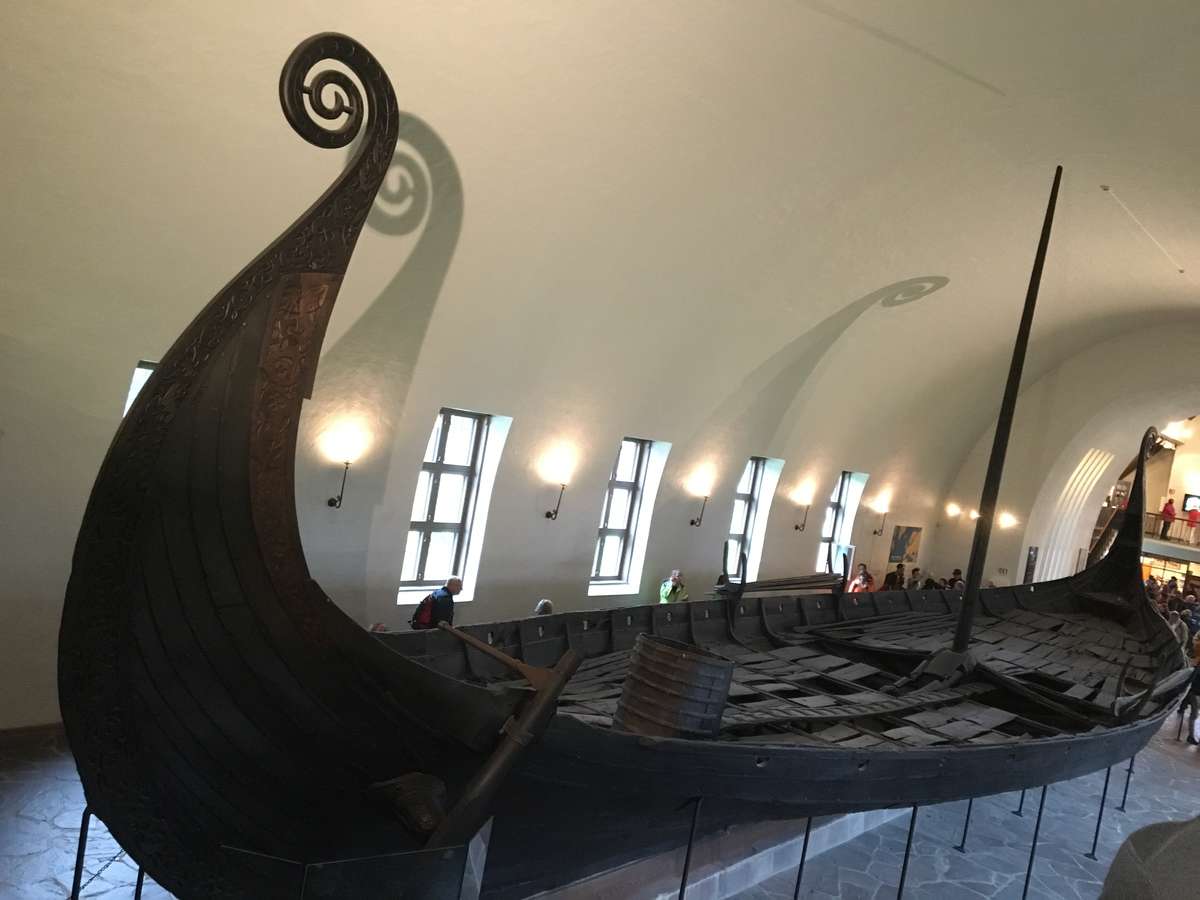 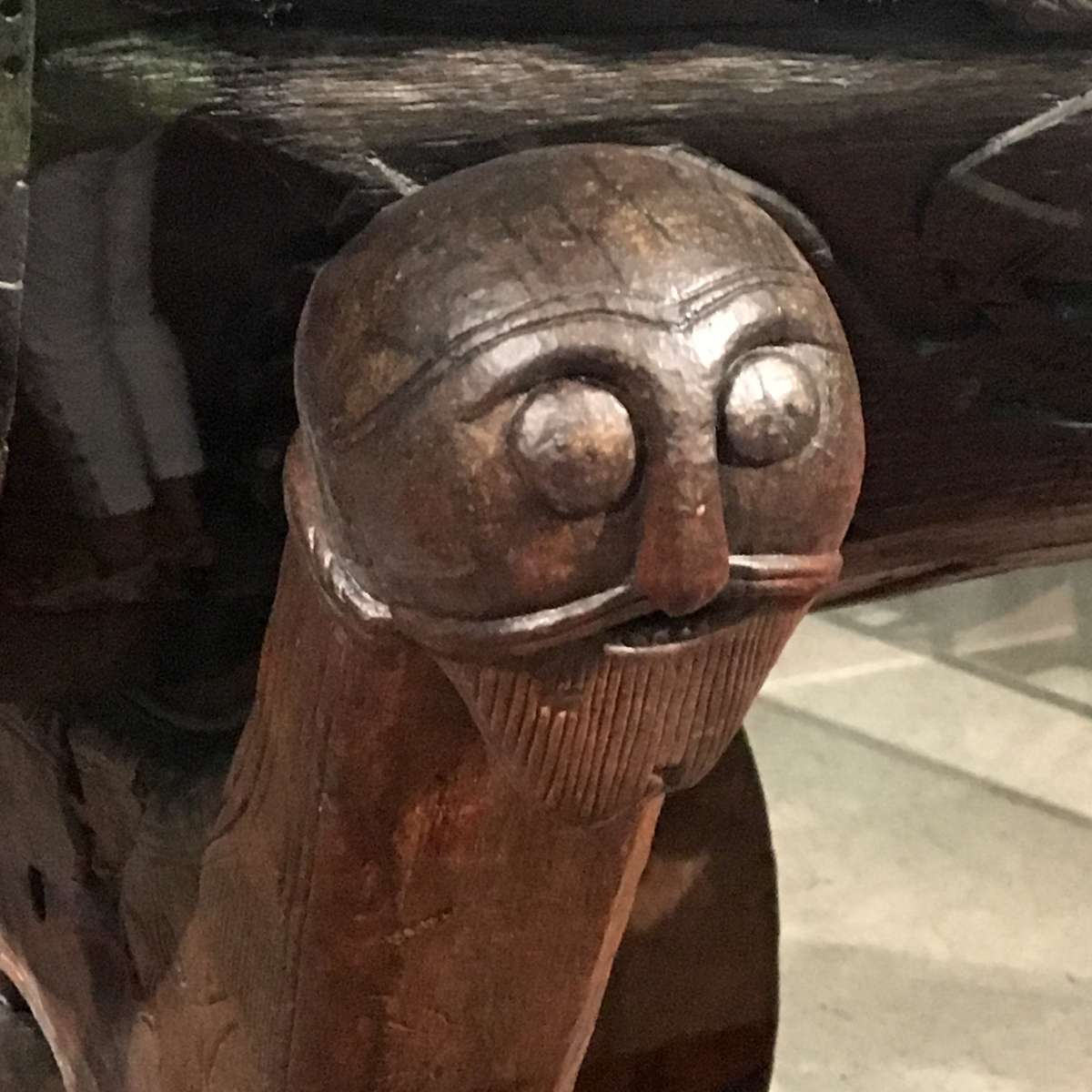 Decoration from a cart found on the ship burial

Next stop was the Viking Ship Museum at Roskilde in Denmark. Here, the main focus of the museum is five Viking Age vessels that were sunk to block the Skuldelev Harbour from sea-borne attack around the year 1070 AD, just at the end of the Viking Age. A thousand years later in 1962 they were found, quite intact, by archaeologists. The vessels give a wonderful overview of the range of Viking Age craft from cargo ships to ships of war. 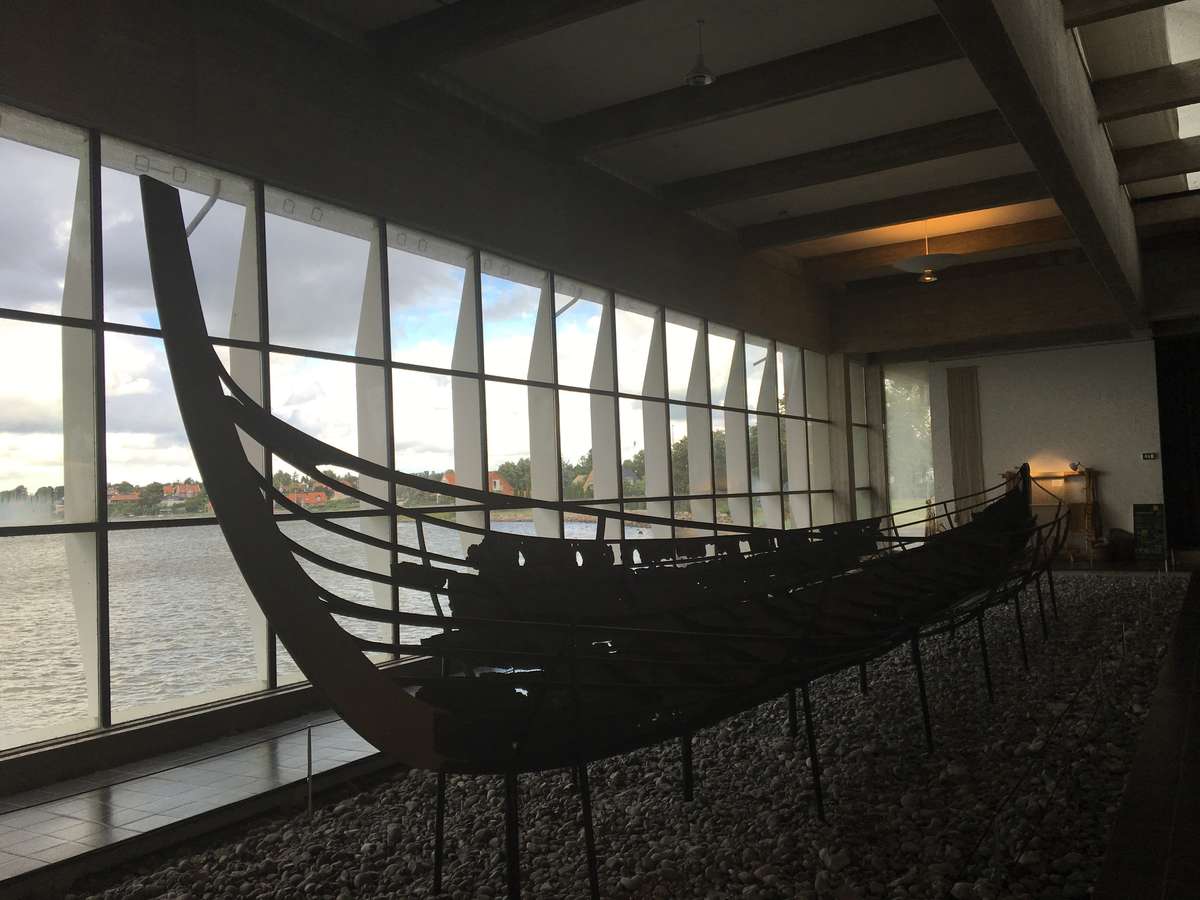 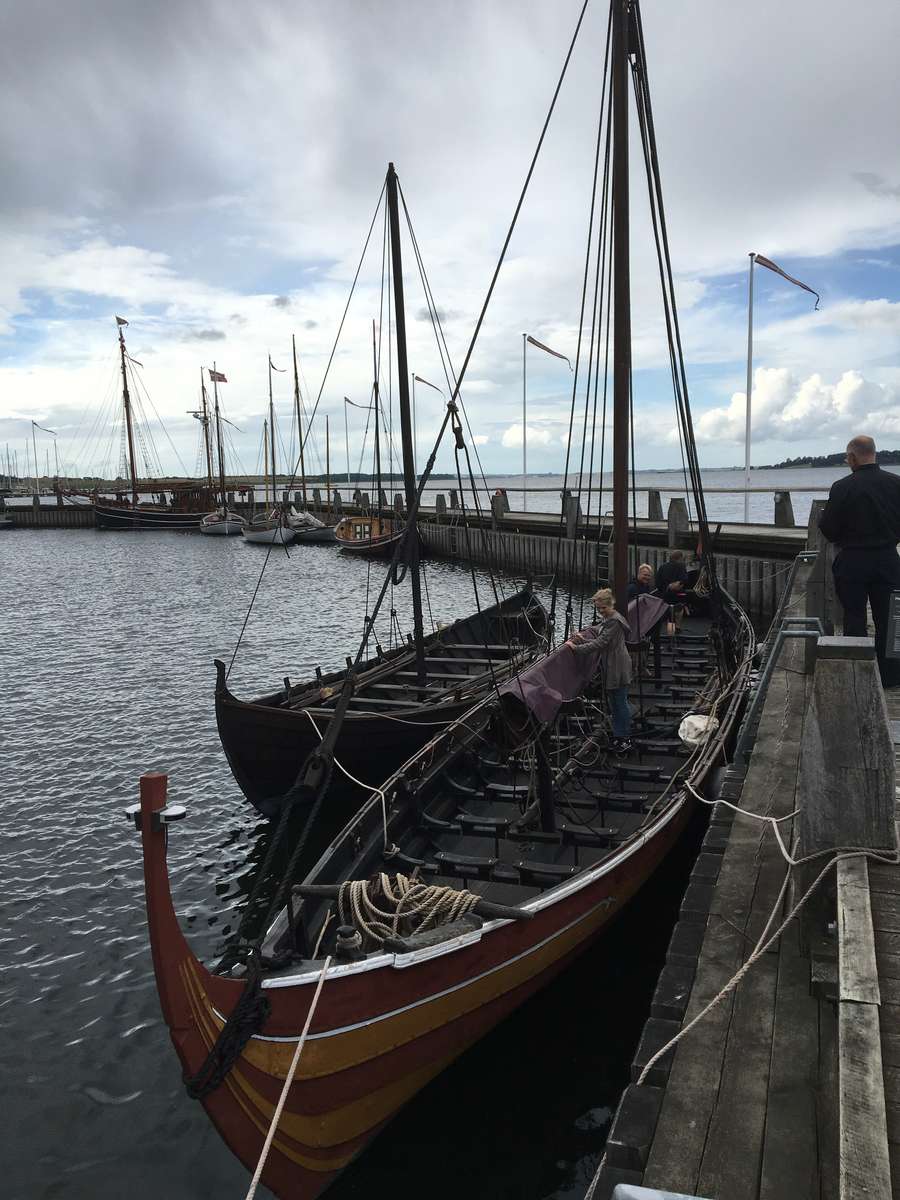 There are several reconstructed vessels at the museum wharves 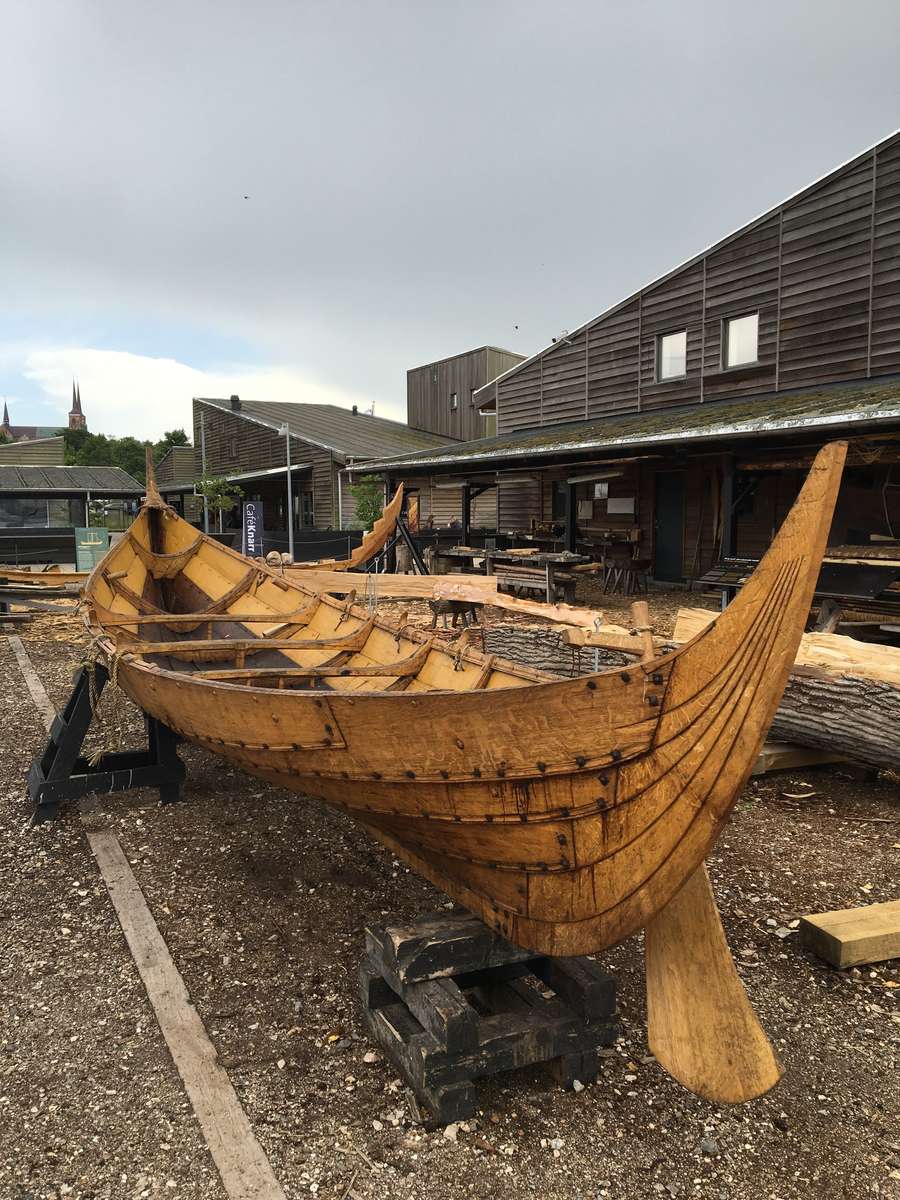 A small Viking Age vessel being built at the museum

After leaving Roskilde I continued on through southern Sweden, riding along the Skåne region coastline. Next stop was the reconstructed Viking Age settlement at Foteviken, followed by the Trelleborg ring fortress. 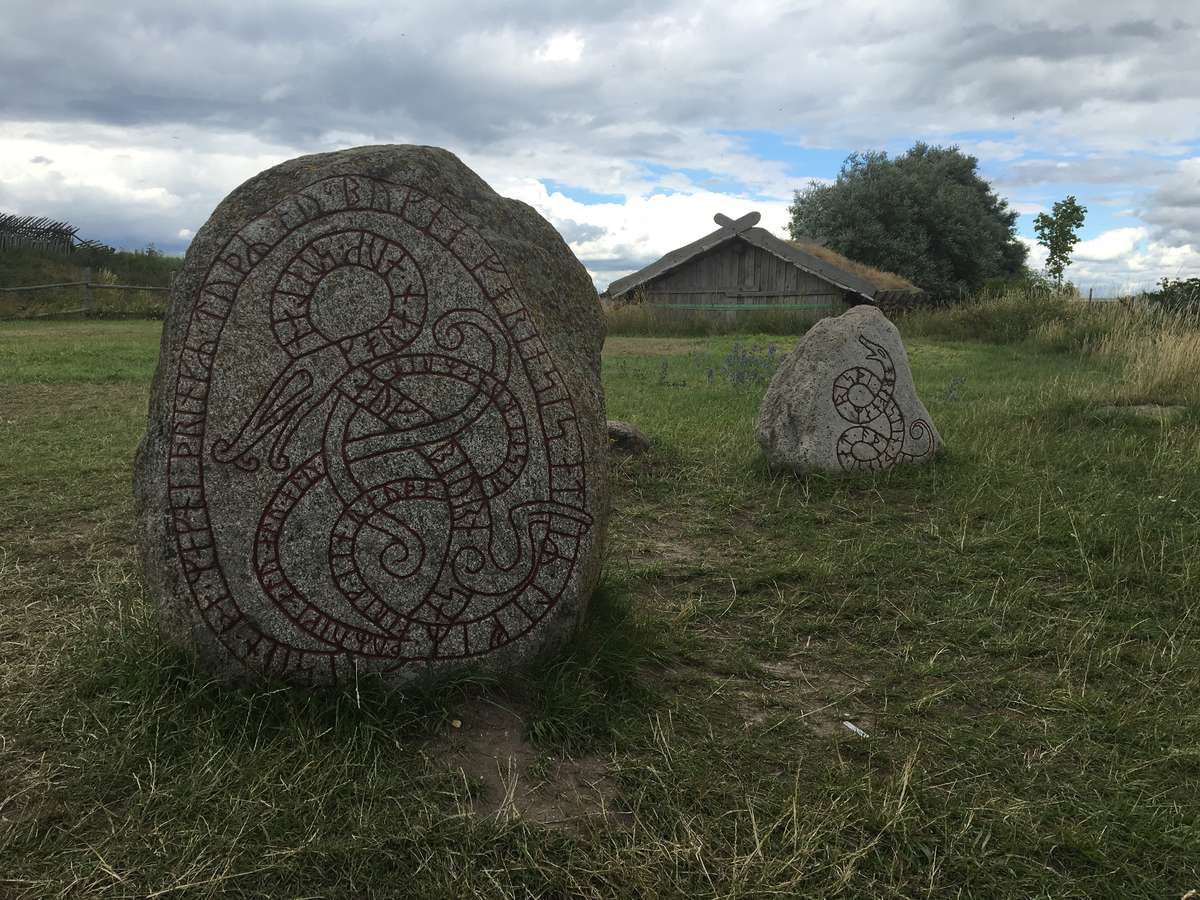 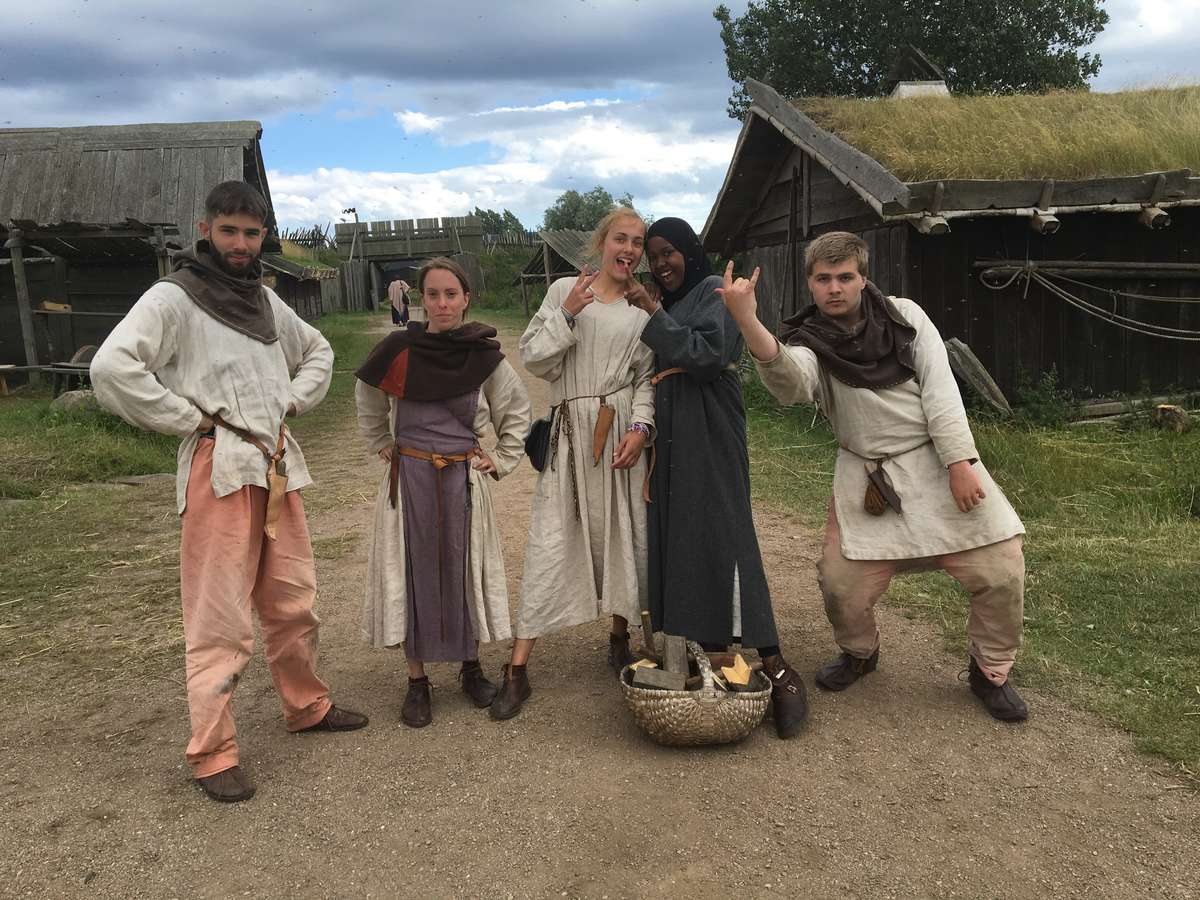 The recreated township is popular with historical reenactors and the site of a Viking Age market annually in July. 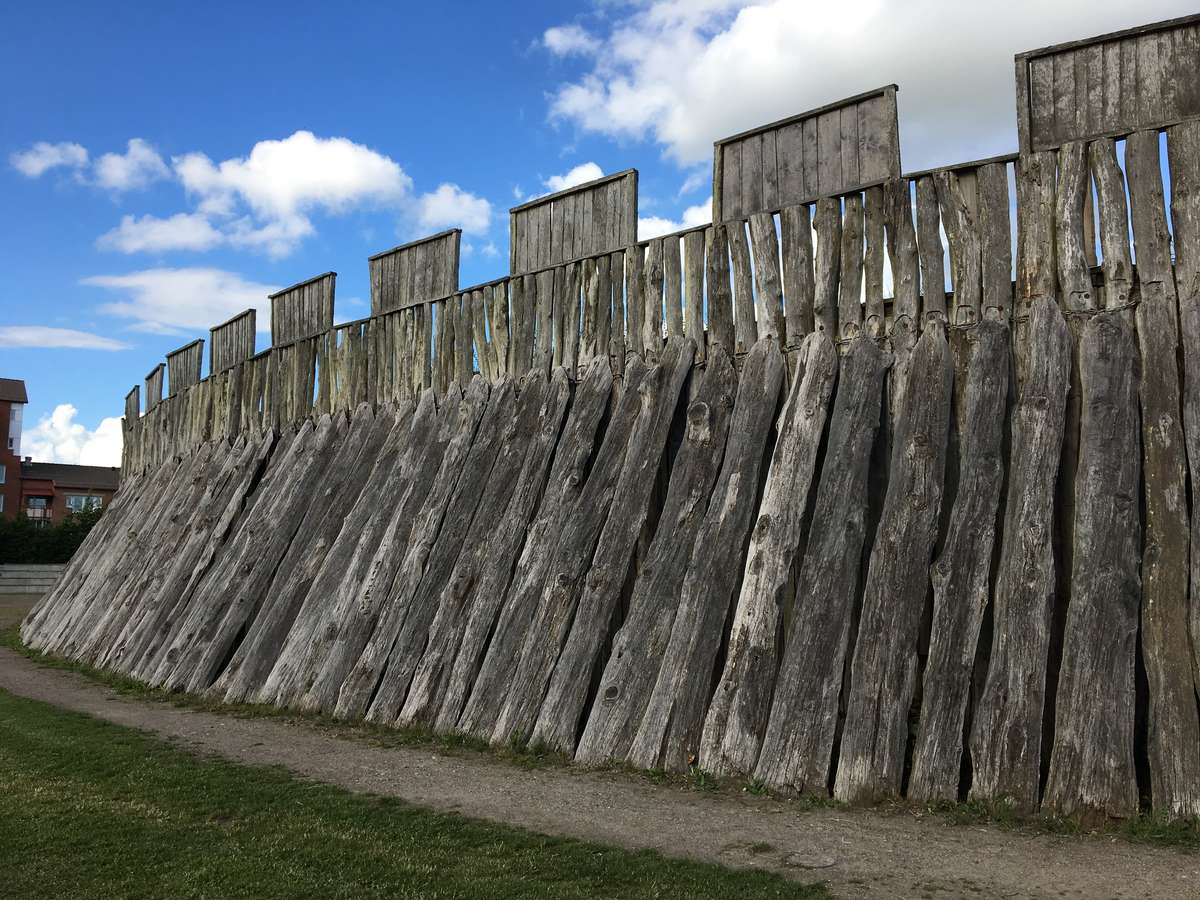 The next major stop on my ‘biking Viking’ tour was Ales stenar, or Ale’s Stones – Sweden’s largest stone arrangement in the outline of a ship. It was probably erected around 1,400 years ago, towards the end of the Nordic Iron Age.

Ale’s stones consist of 59 boulders of up to 1.8 tonnes each
At each end of the ship form of Ale’s Stones are two larger stones
There are several theories as to the function of Ale’s Stones
Another standing stone arrangement known as Disa’s Ting seems to have been an earlier Bronze Age site used in the Viking Age as a Ting or law-making site.

Three months working at the Swedish History Museum, National Maritime Museum and Vasa Museum had come to a close. You may have noticed a bit of a theme in my ‘Journeys’ blog posts – from Ghost Ships to Zombie Vikings to rune stones, stone ship settings and ship burials. Over the next few months I will be exploring cross-cultural comparisons of ship symbolism in funeral practices, as well as the idea of the ocean as a grave site. Watch this space.. 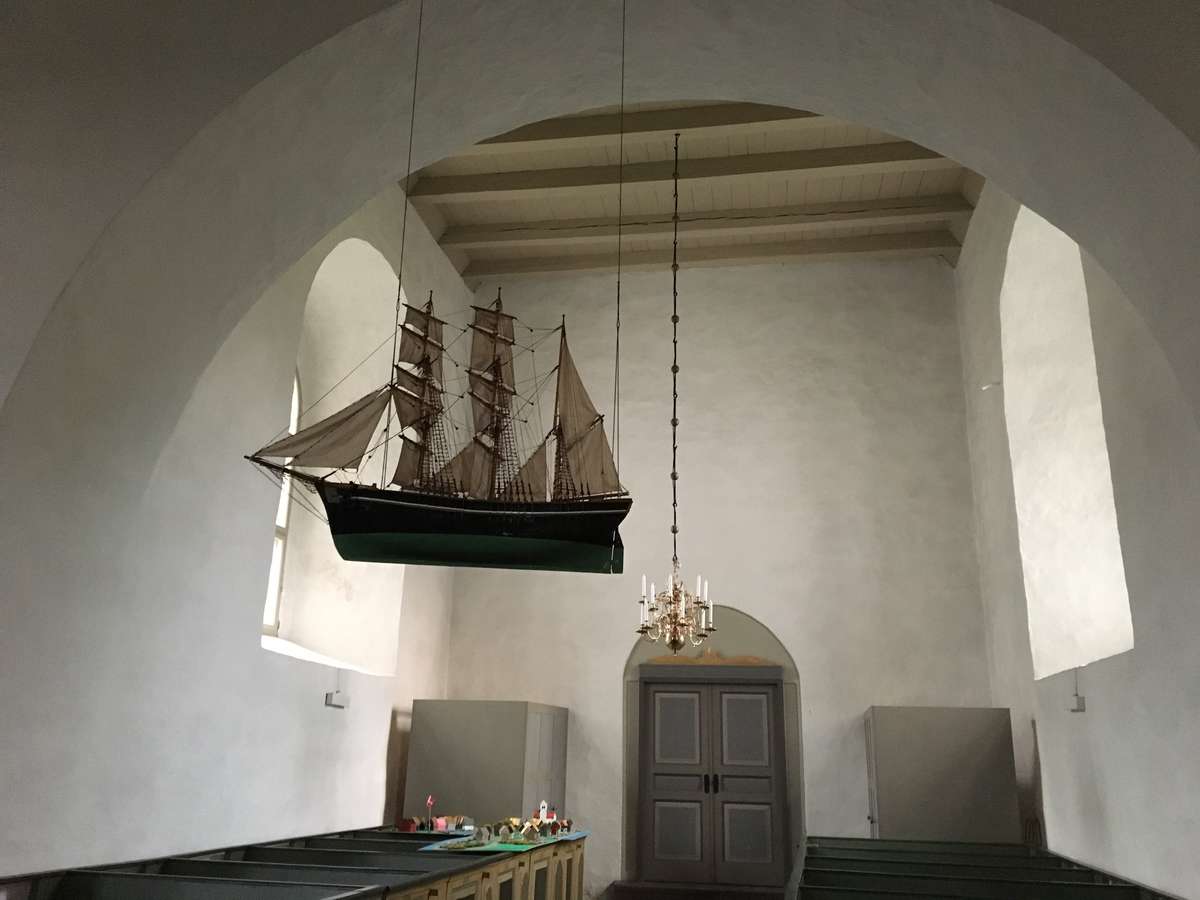 Many churches in Scandinavia have commemorative ships – reminding me how maritime history permeates terrestrial landscapes as well as marine.