A new life in an alien land

Magdalena (Leni) Janic (1925–2008) was born in July 1925 to a single mother, Auguste Quaschigroch, in the Upper Silesian town of Katscher (now Kietrz, Poland), centre of the textile industry in eastern Germany. Auguste’s father Josef, a staunch Catholic, had forbidden her from marrying the child’s father Andreas Bialon, who was a Protestant. At school Leni was bullied and ostracised by her classmates for being illegitimate, which sparked a lifelong search for acceptance. In the early 1930s Auguste had two sons, Paul (Sohni) and Franz (Manni), with communist sympathiser Paul Schatke, as Nazi Germany marched into war under Adolf Hitler. 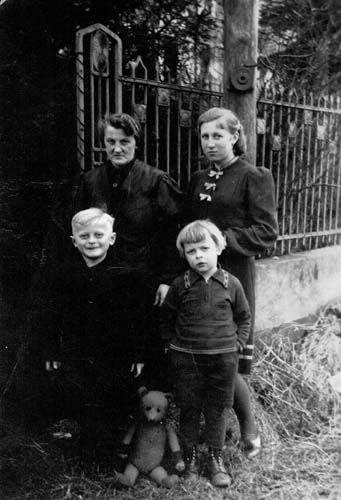 In 1935 Leni, like most German children between the ages of 10 and 18, joined the Hitler Youth, the juvenile wing of the Nazi Party. In 1939, as she approached the legal working age of 15, she commenced a tailoring apprenticeship with Paul Bannert, a leading member of the Nazi Party in Katscher, who subjected her to systematic sexual abuse for the next five years as the Second World War unfolded. 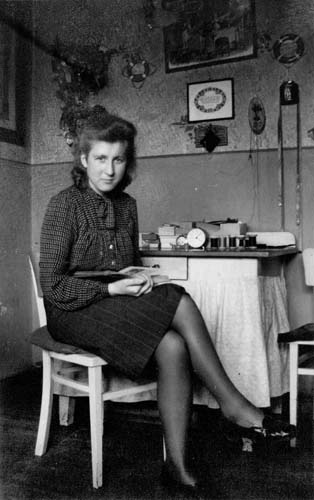 In January 1945, with the Nazi regime on the verge of collapse, the residents of Katscher were instructed to flee their homes or otherwise risk being captured by the rapidly advancing Red Army. Given just 24 hours to prepare for evacuation, Leni, her mother and two half-brothers assembled with other refugees at Katscher railway station. They were eventually transported to a small farming village on the outskirts of Prague, where they would remain for an indefinite period. Faced with insufficient food supplies, Leni and several others made a number of daring forays into the Sudetenland (the mainly German-speaking border regions of Czechoslovakia), to buy bread and eggs from a thriving black market. Following an altercation with a Volksdeutscher (ethnic German) guard and the ensuing threat of being sent to the Auschwitz concentration camp, Leni and her family had little option but to escape to the only address they knew – Passau, Bavaria – where tailor Paul Bannert had sought refuge with his brother.

Tailor Bannert procured Leni a job at the local hospital, converting soldiers’ uniforms into civilian clothing. With a newfound strength forged through her struggle for survival, Leni determined that she would no longer be his victim. She registered with the homeless counter at the Passau council chambers, and they promptly located accommodation for her family in the dying days of the war. By May 1945, the city had become a battle zone, lying directly in the path of the advancing US Army. In the space of a few days, Hitler was dead, Passau fell and Germany surrendered to the Allies. The war in Europe was over.

With the hospital now closed, Leni took a job in a shoe factory, where she met her future husband Ratko Janic, a Serbian ex-prisoner of war. Ratko was employed as a truck driver for the US Army, and one of his duties was to collect boots from the factory and deliver them to the American soldiers. The couple married in a registry office in April 1948, Leni wearing a jacket and skirt she had made from an old grey-green army blanket. After the wedding Ratko continued to live in the Ilzstadt displaced persons’ camp in the American zone. Leni stayed with her mother, brothers and stepfather Paul Schatke (who had returned to the family after being taken as a prisoner of war in Russia) until she gave birth to her son, Boris (Bo), in September 1948.

Having married a foreigner, Leni automatically lost her German nationality and was now classified as stateless.

Having married a foreigner, Leni automatically lost her German nationality and was now classified as stateless. This caused her significant distress as she had always been a proud German citizen, particularly in the days of the Hitler Youth. With the prospects in postwar Europe appearing futile, and the news that Ratko’s hometown of Razboj had been absorbed into the communist Federal People’s Republic of Yugoslavia, Leni and her husband decided to apply for assisted migration to Australia. They had heard that Australia was a young country with good employment opportunities, ample land for housing and, most importantly, the promise of a future for their son. In exchange for their assisted passage, they would have to work wherever the Australian government sent them, but could return to Europe after two years. 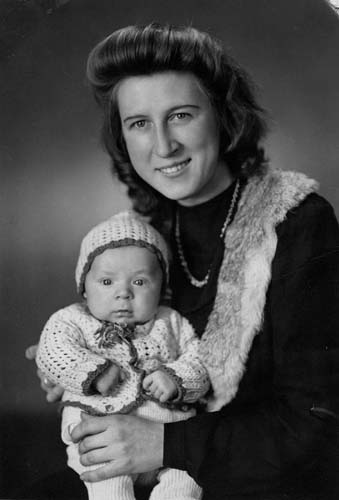 In November 1949, with the first stage of their application successful, Leni bid a heartbreaking farewell to her mother and brothers as she, Ratko and Bo boarded a train for the Bavarian town of Landshut. They were taken to the Pinder Kaserne transit camp to undergo further assessment and medical screening. Aware that the Australian government refused entry to those who had suffered from tuberculosis, Leni managed to bribe a medical officer to substitute her lung x-ray with another applicant. She duly passed her examination and the family was transferred to the Bagnoli transit camp in Naples, Italy, to await their embarkation for Australia. 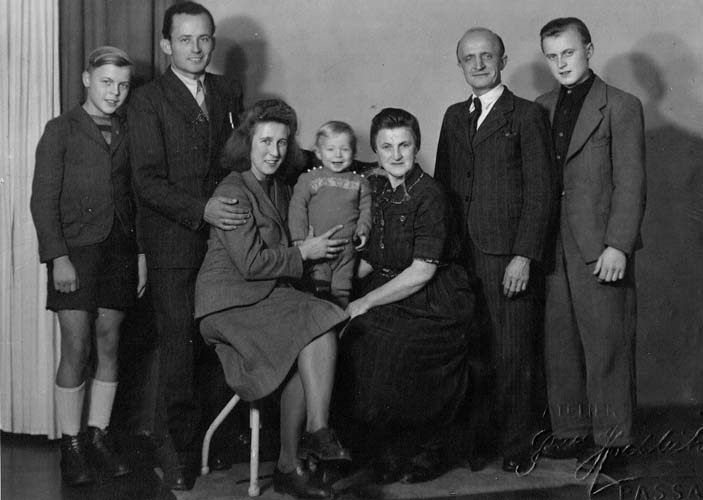 At Bagnoli the standards of hygiene were extremely poor, and although Leni tried her best to protect Bo’s health, he was hospitalised for five weeks with diphtheria. This delayed the family’s departure from Naples, and their December 1949 berth was rescheduled to January 1950. As Leni boarded the former American troopship General W.G. Haan, she opened the envelope that her mother had slipped into her coat pocket at the railway station in Passau. Inside was a photograph of Auguste, with a handwritten message on the back in Sütterlin (historical German script) that read, ‘A memory from your dear Mummy aged 53. Keep it safe’. 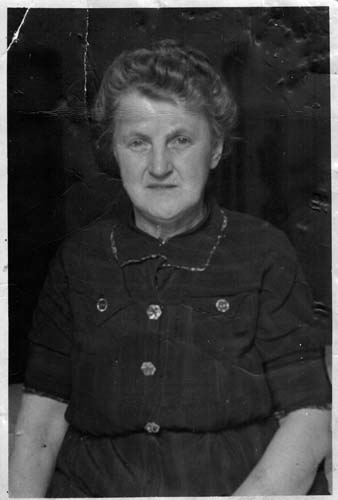 Photograph that Auguste placed in Leni’s coat pocket as she departed from Passau railway station bound for a new life in Australia, 1949. Reproduced courtesy Annette Janic.

As General W.G. Haan made its way through Port Said, the Suez Canal and Colombo towards Fremantle, Leni spent the entire four-week voyage below deck in the medical centre with Bo, who had contracted a severe case of gastroenteritis. When they finally docked in Port Melbourne in February 1950, Leni’s small bag of camomile tea was confiscated by customs officials as an ‘unknown substance’. Without any understanding of the English language, she had been powerless to explain that she used the tea to soothe her baby.

From Melbourne the family travelled by train through the hot, dry Victorian bush, to the Bonegilla Migrant Reception and Training Centre near Wodonga. Leni began to question whether she had made the right decision, as Bonegilla did not bear any resemblance to the idyllic country scene in the ‘Australia, land of tomorrow’ poster she had received from the Red Cross in Passau.

Ratko was sent to Adelaide, where he worked in a glass factory at Kilkenny and lived at the Gawler migrant camp. Leni and Bo joined him two months later and, through a friend from Ilzstadt, they found temporary accommodation in Adelaide’s west. Leni worked as a domestic before securing a job at the Dutch-owned Philips Electrical Industries, which manufactured electric shavers, infrared ray lamps and radio components. Every morning she would strap Bo into a baby seat on the back of her bicycle, and drop him off to a Polish woman who looked after him during the day. 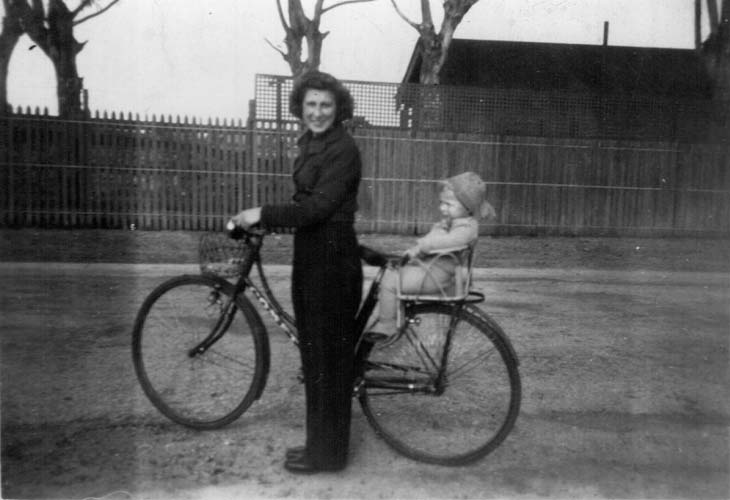 Leni and Ratko worked hard to save enough money to return to Europe once their compulsory two years in Australia had expired. When they had nearly reached the two-year mark, Ratko announced that he wanted to buy a block of land in Adelaide to build a house. Leni was devastated as she was expecting to reunite with her mother and brothers. However, like many German women at the time, she had been taught that it was a woman’s duty to support her husband.

Ratko purchased a small block and the family moved into a tin shed on the property while their home, affectionately known as No 37, was built. Life was difficult, and some weeks there was so little money left over that Leni could not even afford a stamp to send a letter to her mother. 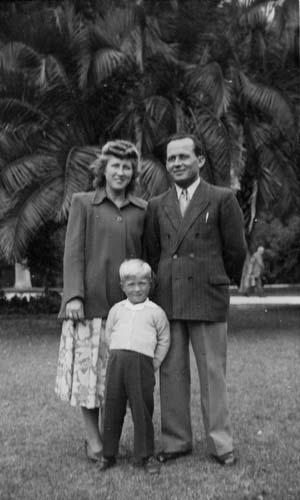 Leni suffered from debilitating homesickness and the enormous demands of assimilating into a culture in which the language, food and social customs were completely alien to her. It was her son that kept her going. In 1957 Leni, Ratko and Bo became naturalised Australians. Ratko shortened his name to Ray and some of Leni’s neighbours started to call her Madelaine. She regarded this as a welcome sign of the acceptance she had always longed for, now realised among new Australian friends who knew little about her past life in Europe. 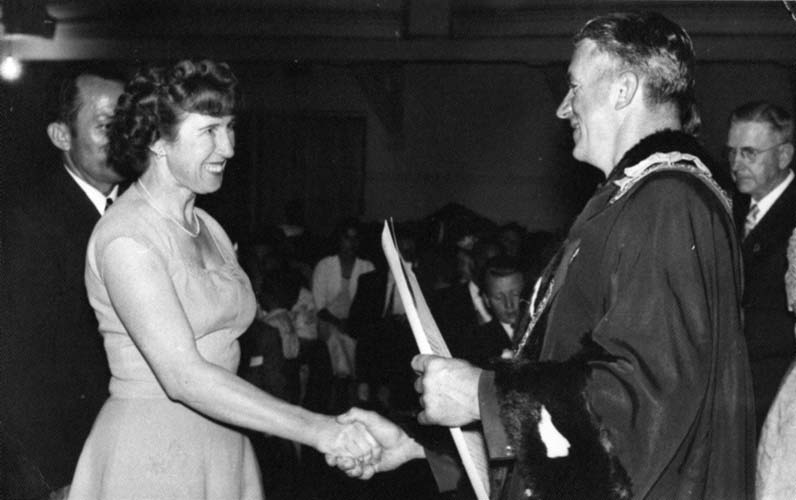 Leni’s daughter Annette (born in Adelaide in 1959), who recently published her mother’s story in War Child (Big Sky Publishing, 2016), registered Leni’s name on the Welcome Wall as a small show of appreciation for the migrants who overcame alienation, isolation and deep-seated trauma to help shape our nation. As she says, their names should not be forgotten.

With thanks to Annette Janic, Catherine McCullagh and Sharon Evans for their assistance.