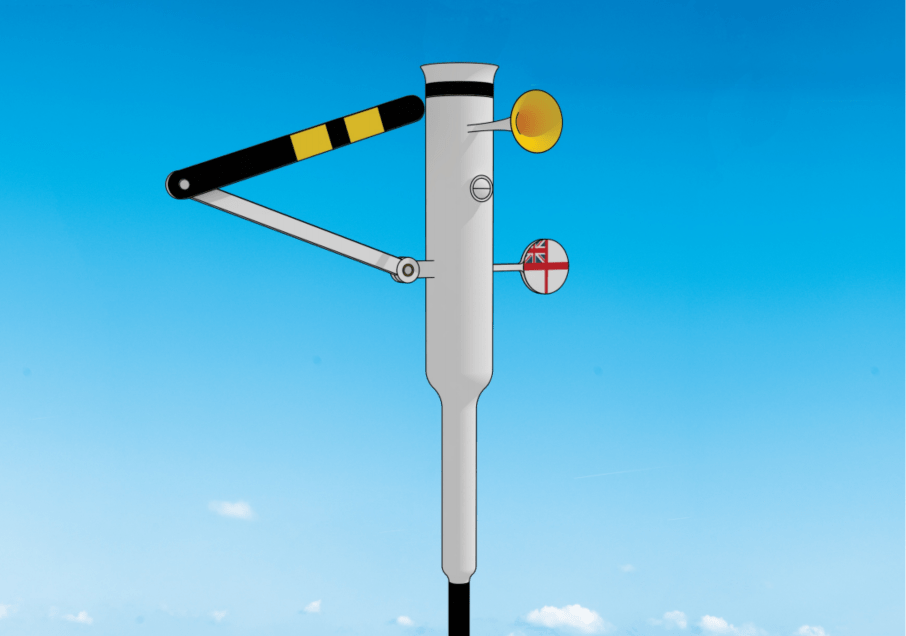 This is not a blog about the current Federal election … this is about something much more enduring and exciting – a bold new art installation that plays with the idea of animus, memory, the machinery of war, and to a degree geopolitics. It will be launched in the coming months on the forecourt at the Australian National Maritime Museum, and today, International Museums Day with its focus on cultural landscapes, seems an appropriate time to reveal something of the art work.

The brief for the work was to excite interest in one of the most stealthy, successful and understatedly significant naval episodes of World War I – the incursion by the Australian submarine HMAS AE2 into the Sea of Marmara at the outset of the Allied invasion of Gallipoli, or Gelibolu as it is known in Turkey.

Importantly the work was to be bicultural in its explorations. On 25 April 1915 AE2, with its 32 officers and crew including Commander Henry Hugh Gordon Stoker, snuck through the defensive Ottoman minefield in the Dardanelles, the first Allied submarine to do so. Its mission was to ‘run amok’ and draw attention away from the land campaign, and for five days it succeeded, diving and surfacing, firing torpedoes, playing cat and mouse with the number of Ottoman vessels hunting it, gunners at the ready. 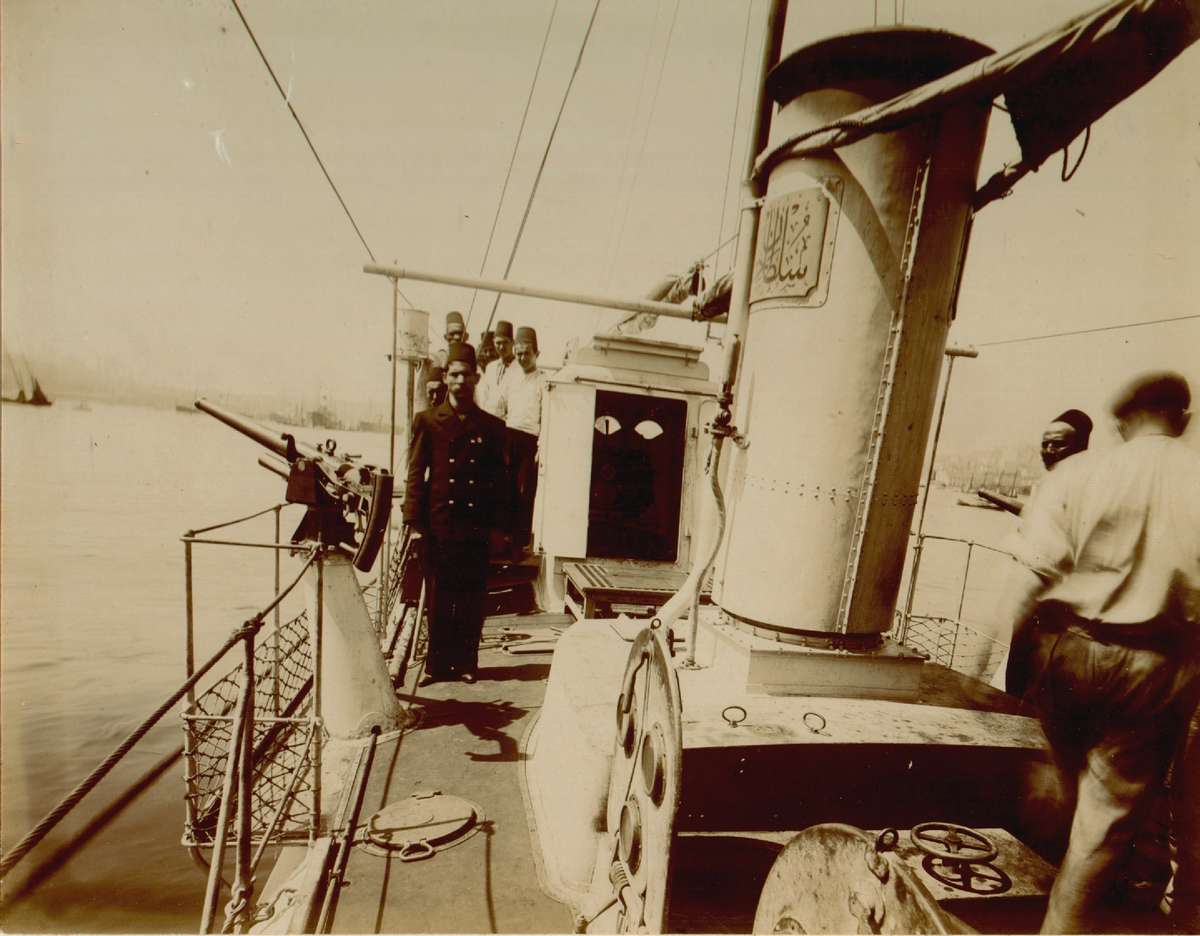 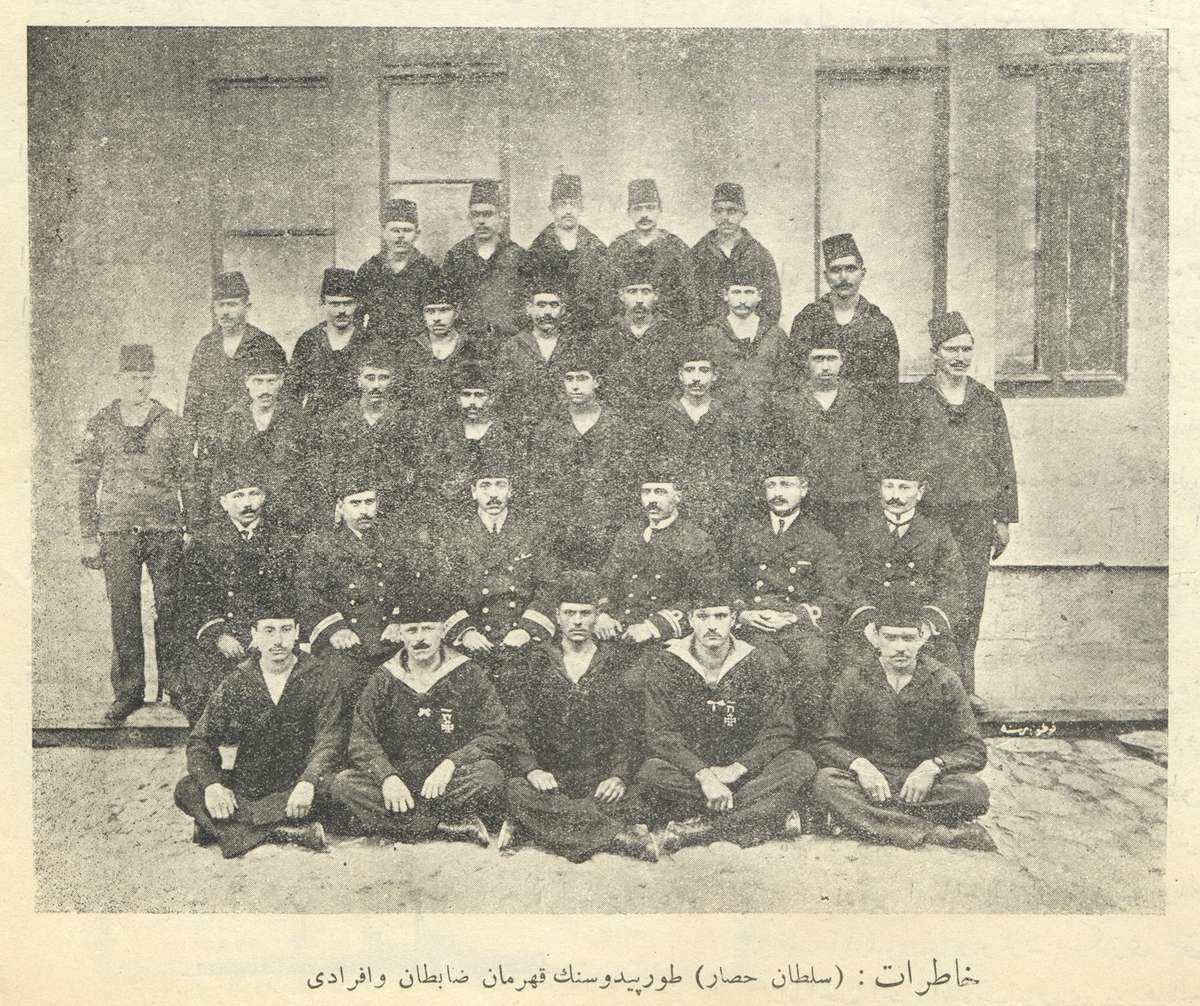 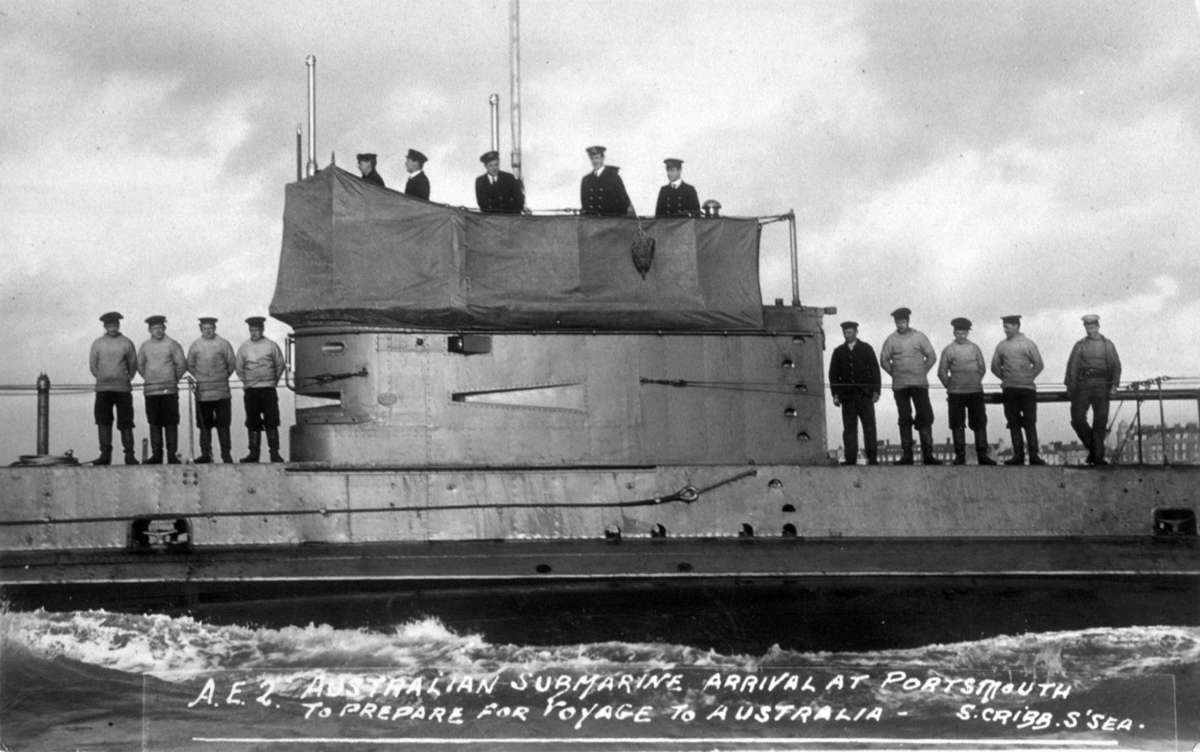 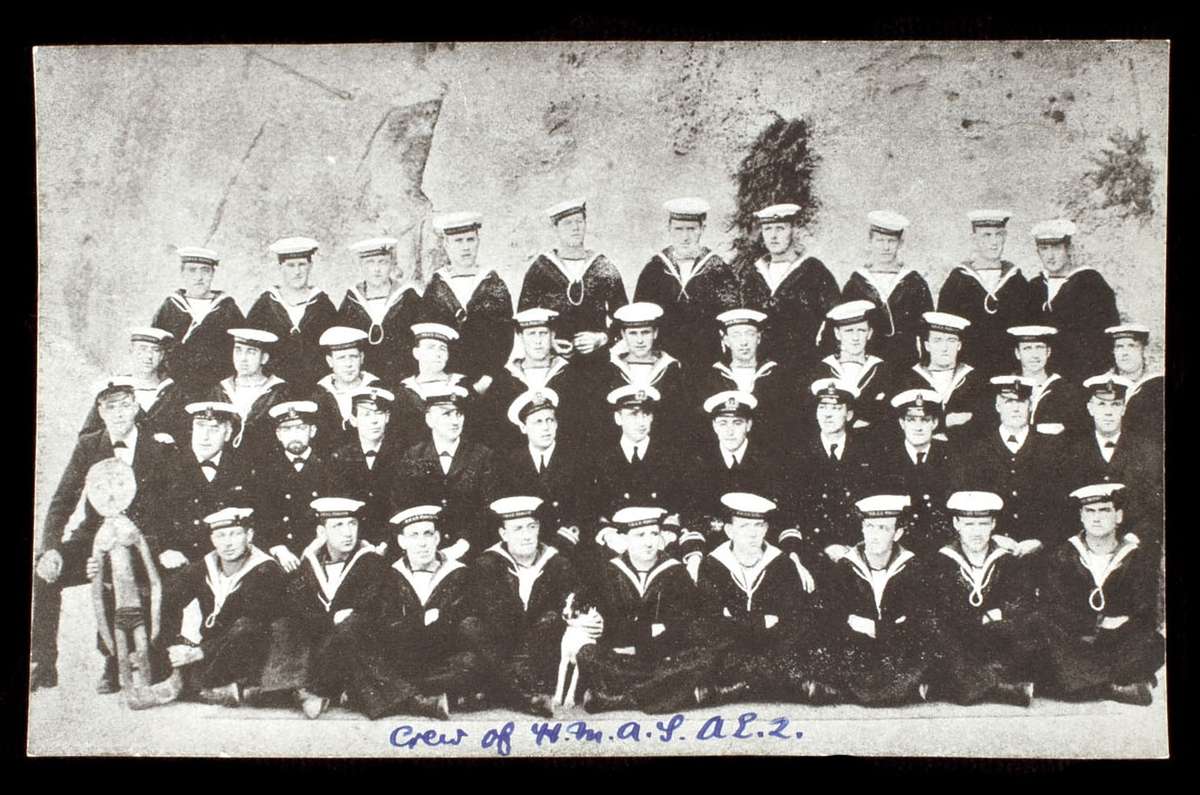 One of those vessels was the torpedo boat Sultanhisar, commanded by Captain Ali Riza. On the 30 April Riza encountered the submarine for the second time, firing upon it. Stoker attempted to dive again. With his submarine disabled he opened the valves, scuttled it and abandoned ship into the waters of the Sea of Marmara. Riza accepted their surrender and scooped up the men, housing officers and crew in dry clothes in separate quarters while he steamed to Istanbul. 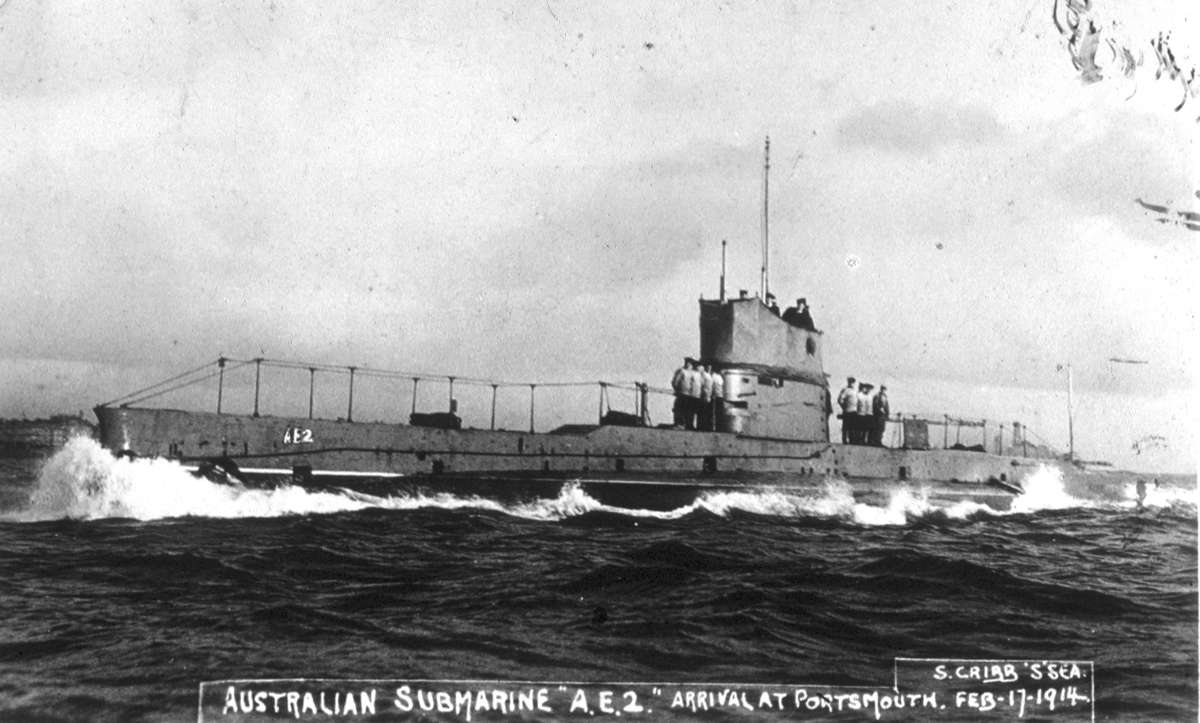 The engagement of 25–30 April was heroic from both perspectives: the exploits of the only remaining submarine of the Royal Australian Navy, the E class AE2, and the much smaller torpedo boat Sultanhisar, whose daily task was to ferry a German officer between Maydos and Gelibolu when, against the odds it seemed, it confronted the much-hunted submarine, and treated its crew with respect, as the war prize they certainly were. 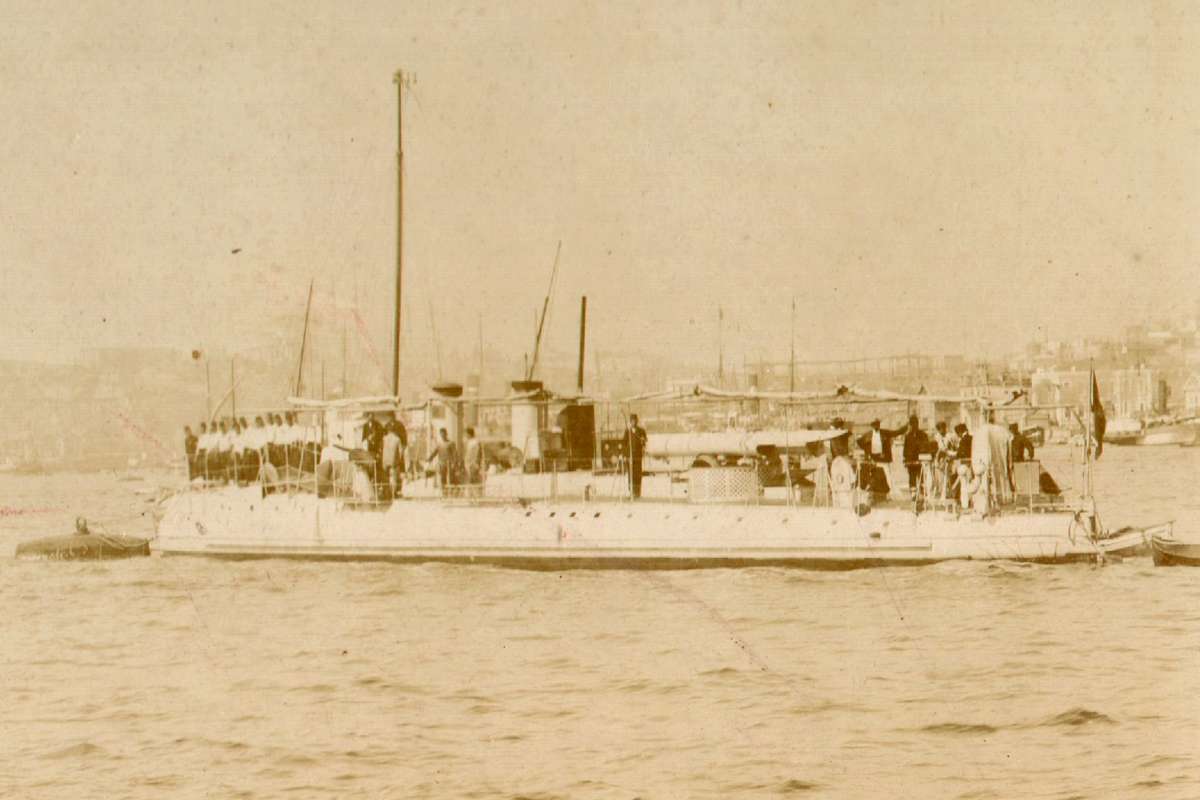 Captain Ali Riza was celebrated and later promoted to Admiral, while the story from the Australian perspective was less optimistic – the officers and men languished for more than three years in POW camps in present day Turkey. Four of HMAS AE2’s men died. 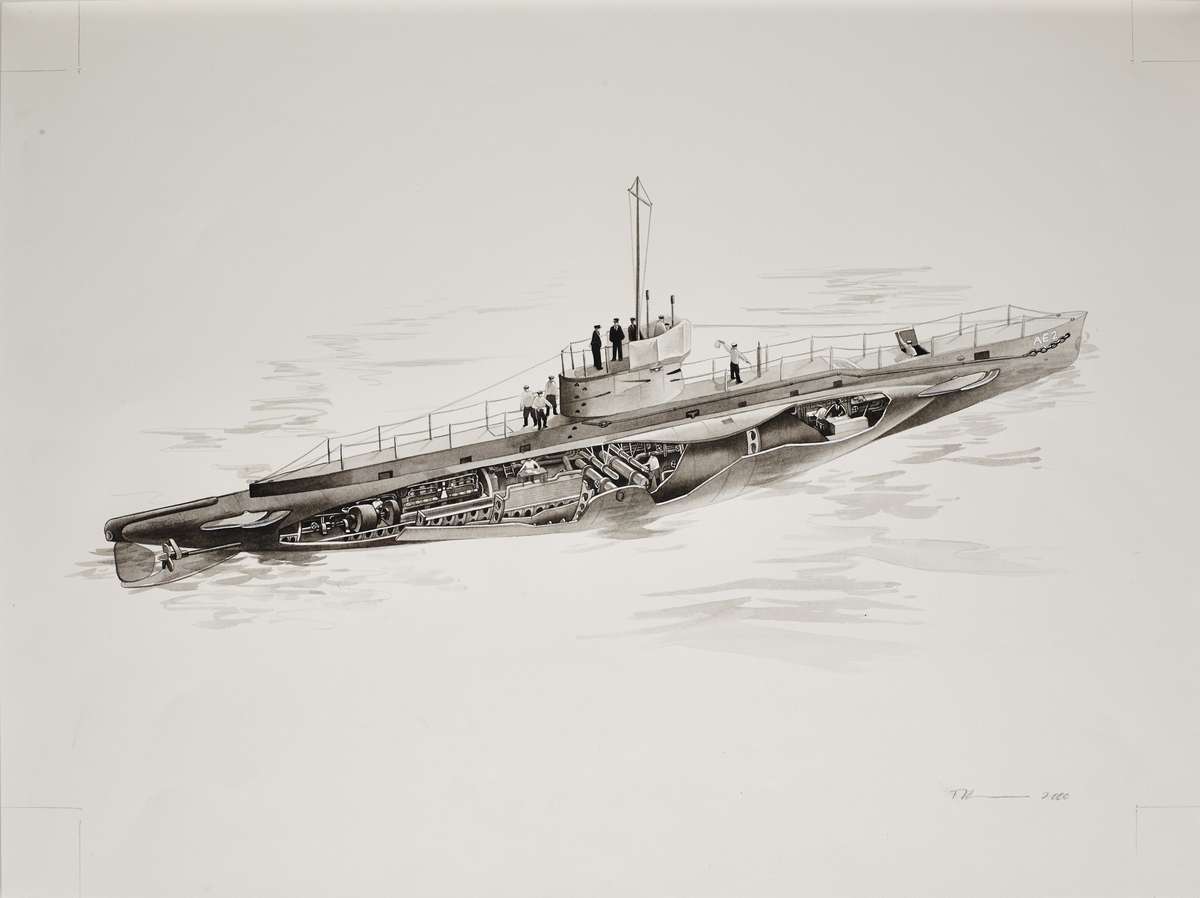 Our challenge was how to tease out the nuances of this engagement in an art installation framed by the almost mythological status the Gallipoli/Gelibolu campaign holds in the history and cultural imagination of both Australia and Turkey.

To be located at a high-profile waterfront promenade site at the museum, the art work was not to be didactic nor memorial in tone, but to excite the many commuters, travellers and tourists of all ages, backgrounds and interests encountering it, alongside the new Actions Stations attraction, the submarine Onslow and destroyer Vampire.

Melbourne artist Alexander Knox’s response is striking and effective. He has conceived a bold work in the form of two stylised elongated figures, each five metres in height. A kinetic work, the two figures are machines, and together evoke a hybrid distillation of ideas about submarines as machines of war and men as servants of empire. 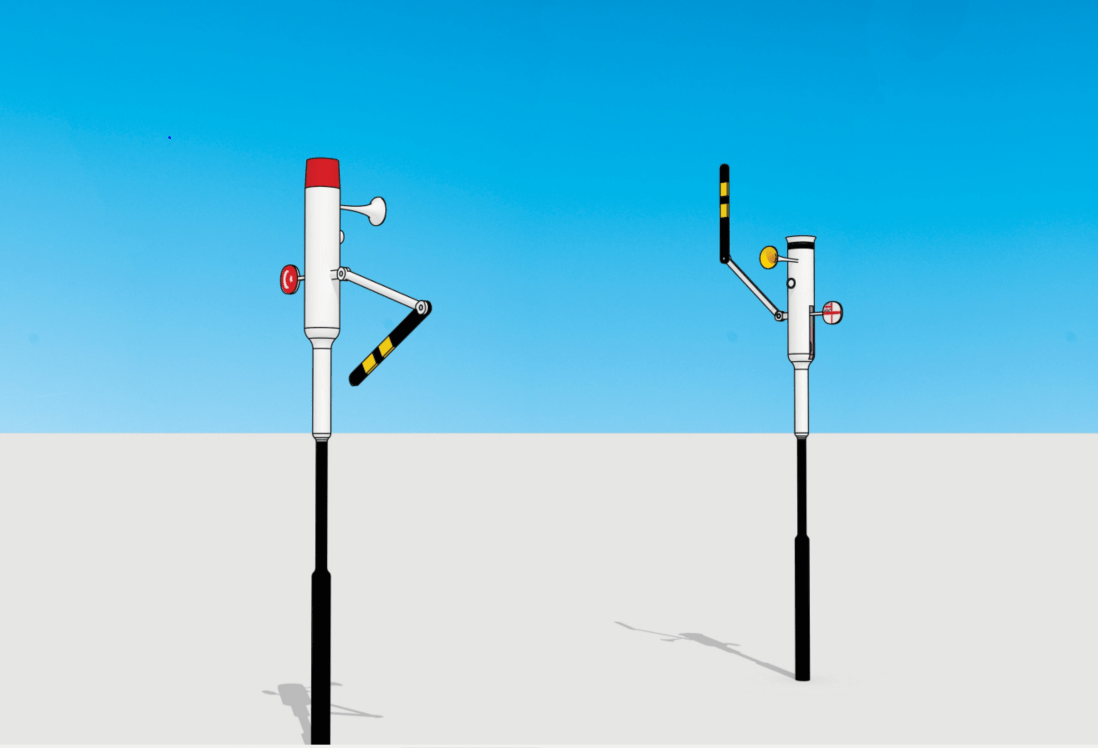 Entitled Johnnie and Mehmet, the two figures – sailors from AE2 and Sultanhisar respectively, former enemies – meet again today at the museum in the context of the friendship between Australia and Turkey. They perform a visual ceremony of remembering which is kinetic and aural, signalling to each other in semaphore-like movements derived from maritime languages. 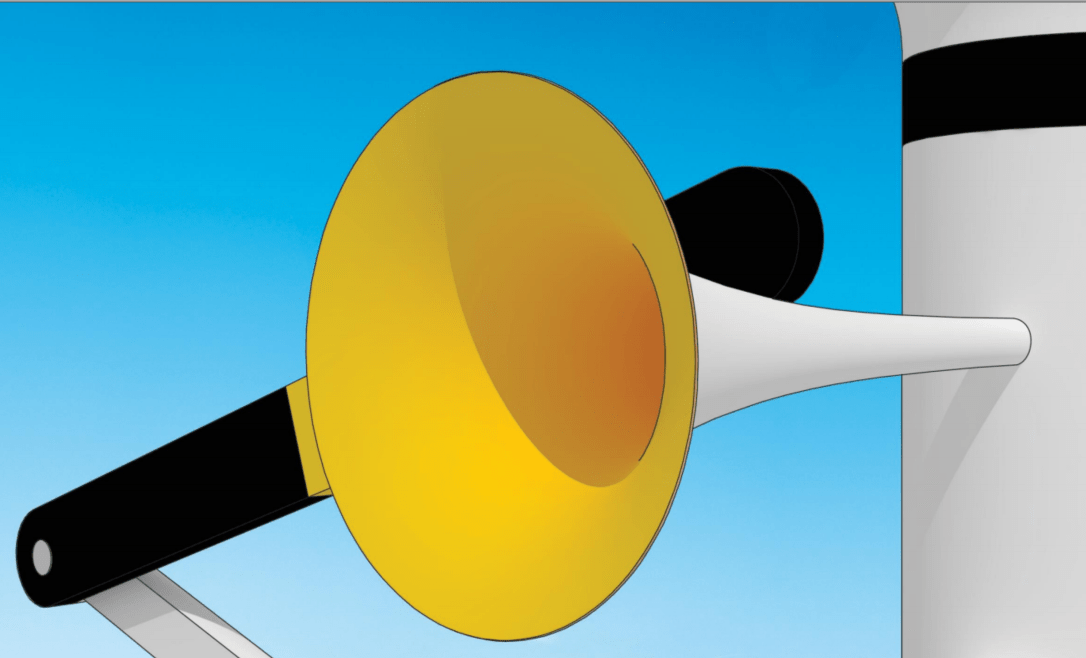 What you will see is taking shape in a Geelong workshop that we visited last week. Very clever engineering will enable the work to be powered by compressed air. While still in appearance very much a machine of chains, cogs and pistons, the software programming, colourful painted stainless steel shells, symbolic cap and fez and respective naval ensigns will enable the two sailor-like machines to reveal their nature. 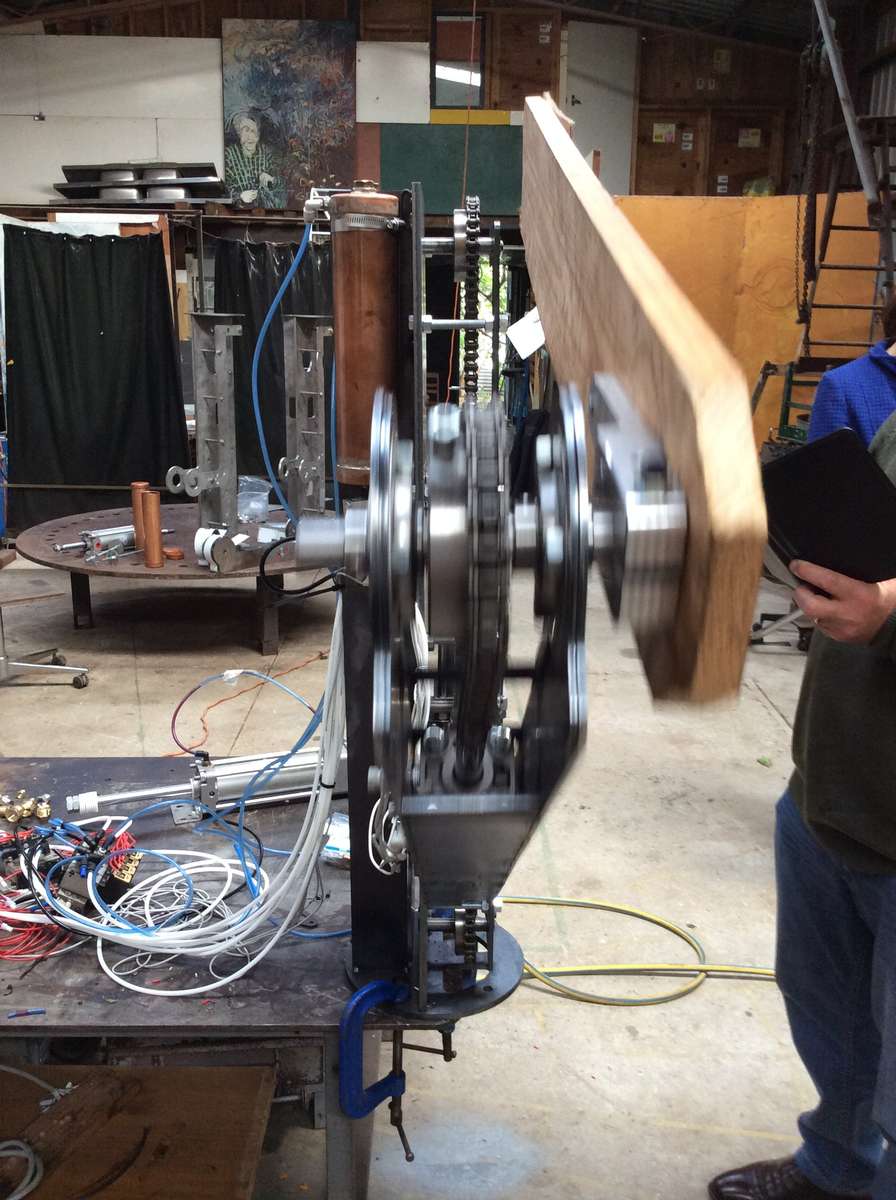 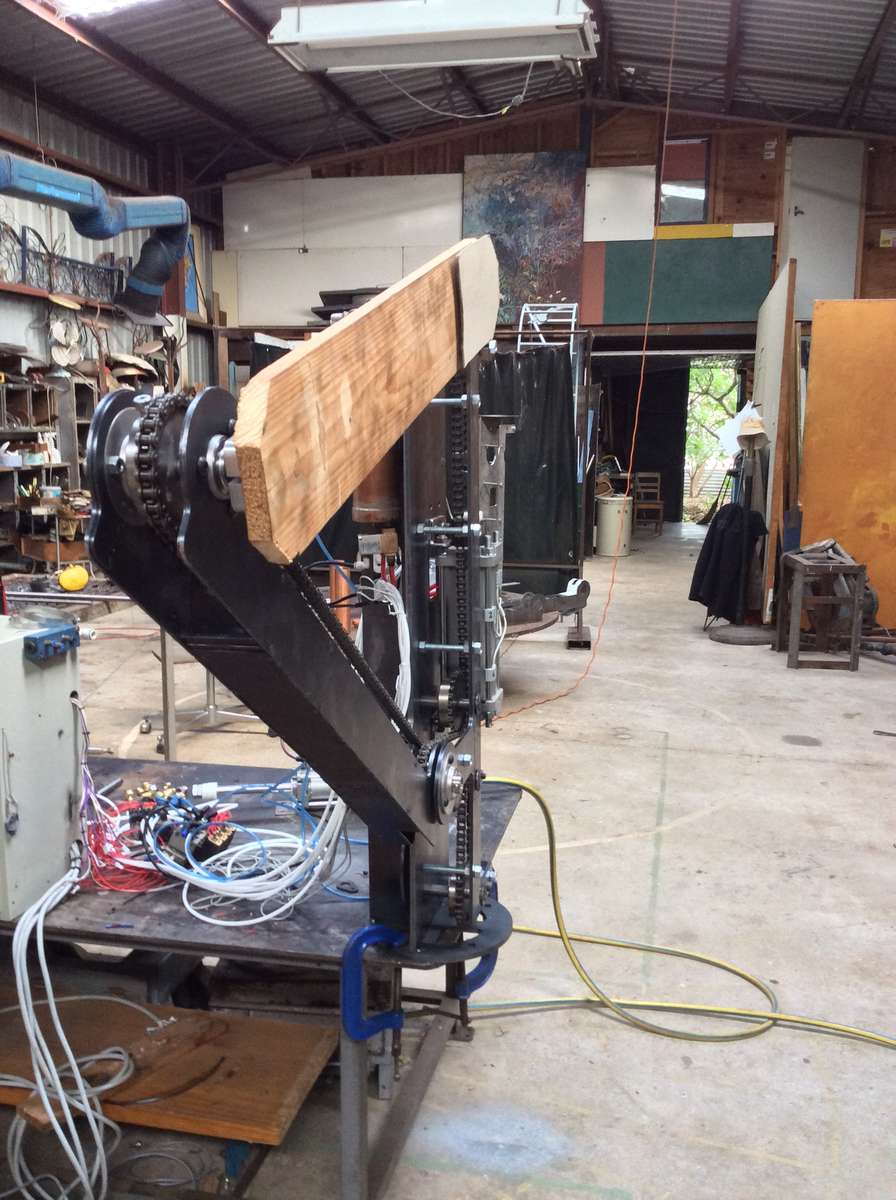 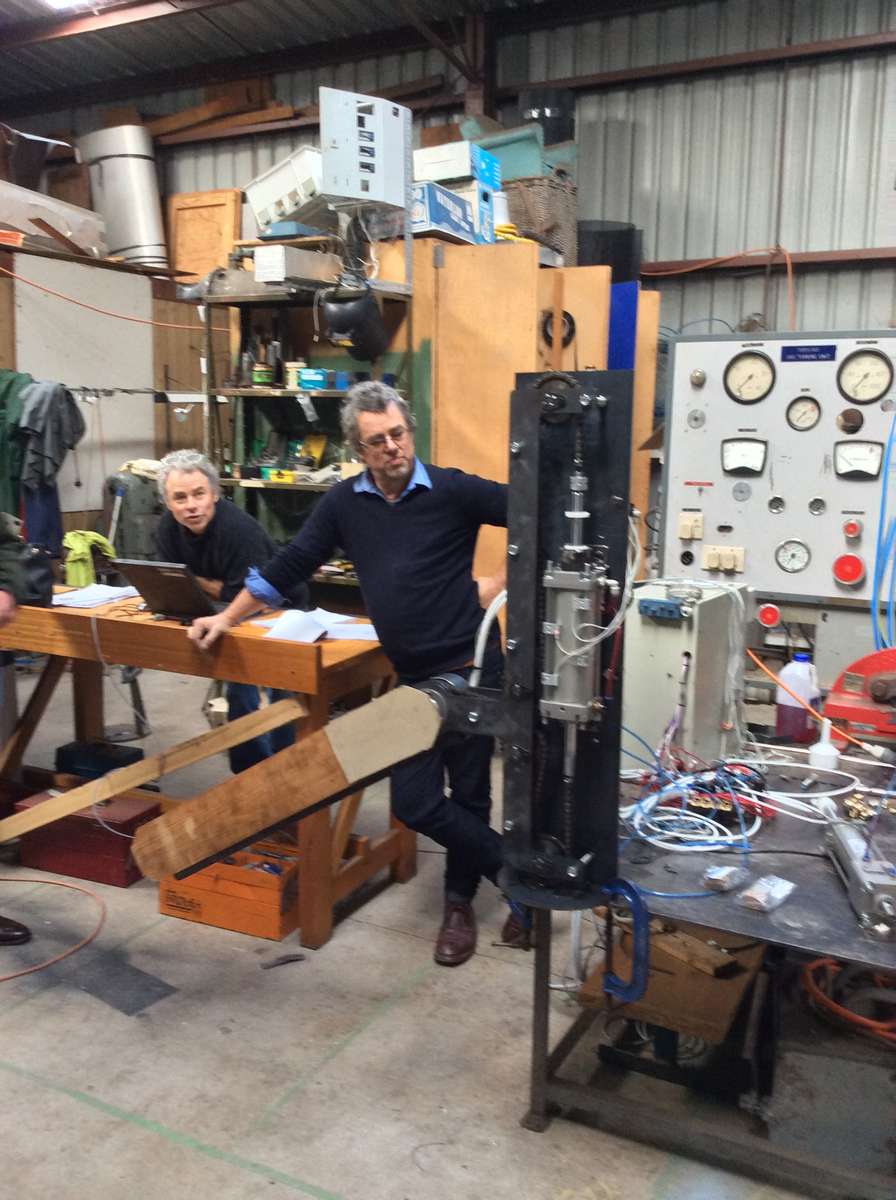 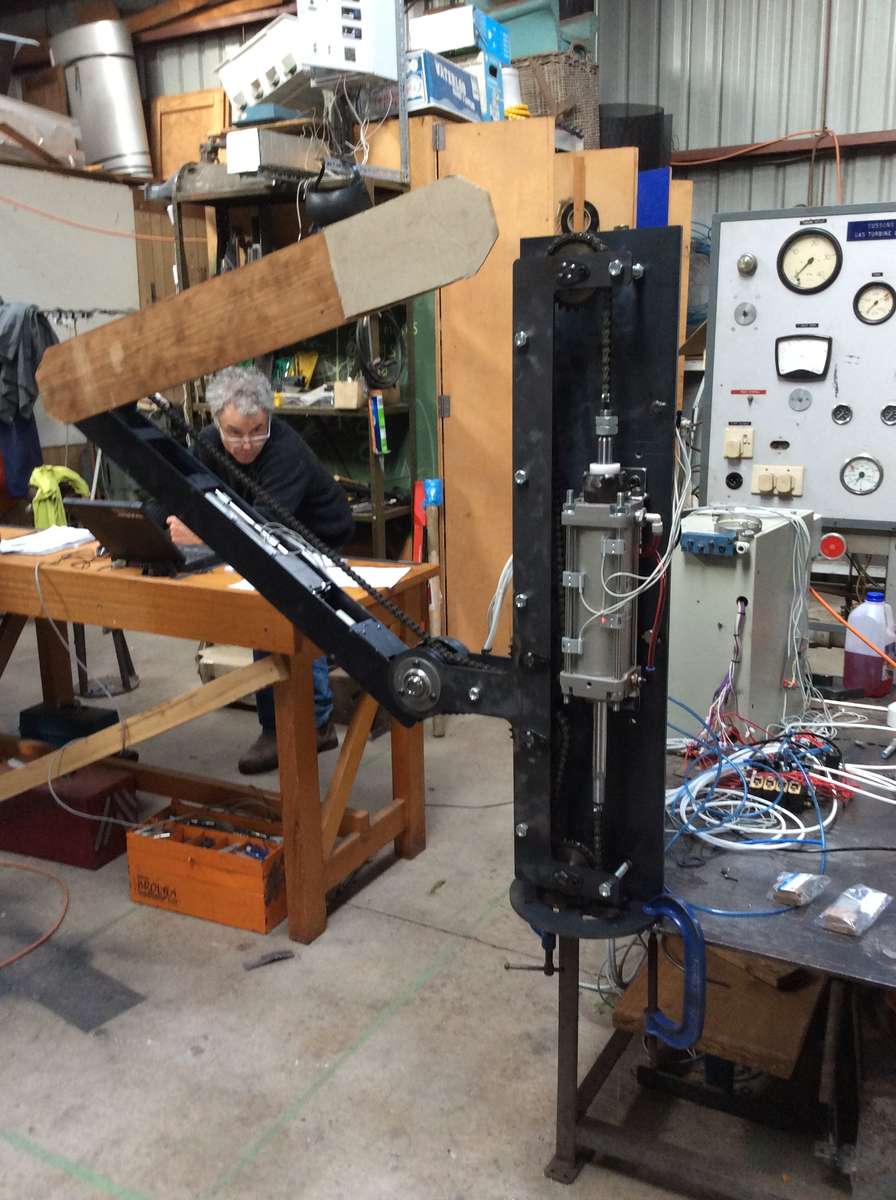 ‘So here they stand, Johnnie and Mehmet, signalling to each other. Their wartime encounter has become a shared foundation story in our now warm relationship with the Turkish people. We have been friends now far longer than we were enemies. The signallers act out their respective roles, not to us, to whom they seem oblivious, but to each other. All aggression is gone between them, the cannon reports are a salute, they recall the original shots fired but now they have a changed meaning. The semaphoric gestures and signals, the sirens and whistles have become a sort of reciprocal ritual, that’s epic and maritime and almost mythic in its reach.

‘The two old foes, which these devices symbolically embody, in some ways had more in common with each other than they would have with us, the people from 100 years in the future. They were in the same theatre of war at the same time and they both would have experienced the fear and adrenaline of combat action. They both lived with the routines and hierarchies of early 20th century navies with similar training doctrines and they both shared ideas of honour and sacrifice and duty to their respective motherlands.’ 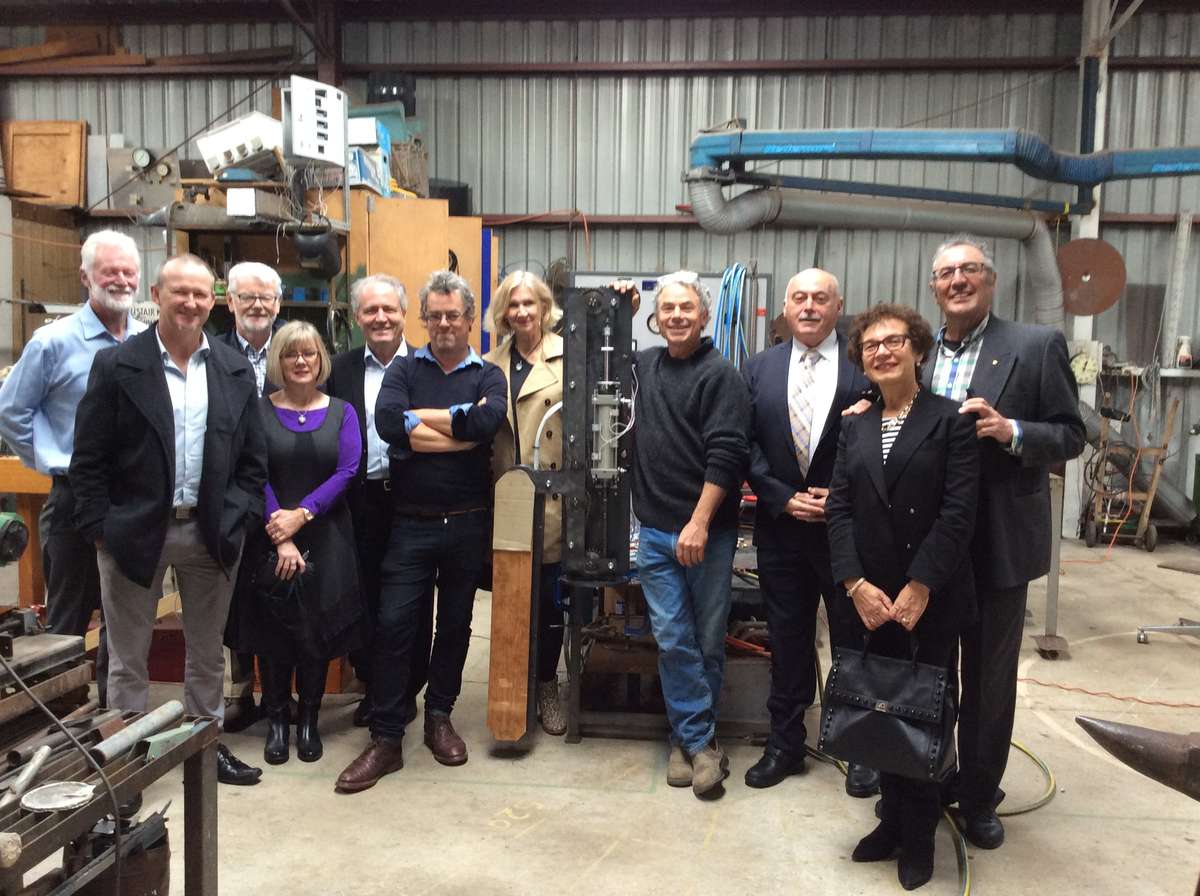 While Sultanhisar was decommissioned in 1928 and broken up in 1935, what became of AE2 is a recovery story in many senses of the word after it was identified on the sea floor at a depth of 70 metres in 1998. After 17 years and a detailed Turkish–Australian maritime archaeology program the vessel, owned by the government of Turkey, is now formally managed by Turkey and the Australian National Maritime Museum on behalf of the Australian Government.

It is in this context that this artwork is being developed, funded by the Australia Government’s Department of Veterans’ Affairs Saluting their service program. The project has also received strong support from organisations such as the Royal Australian Navy, Returned Services League, the Turkish–Australian community and the Turkish diplomatic mission in Australia. 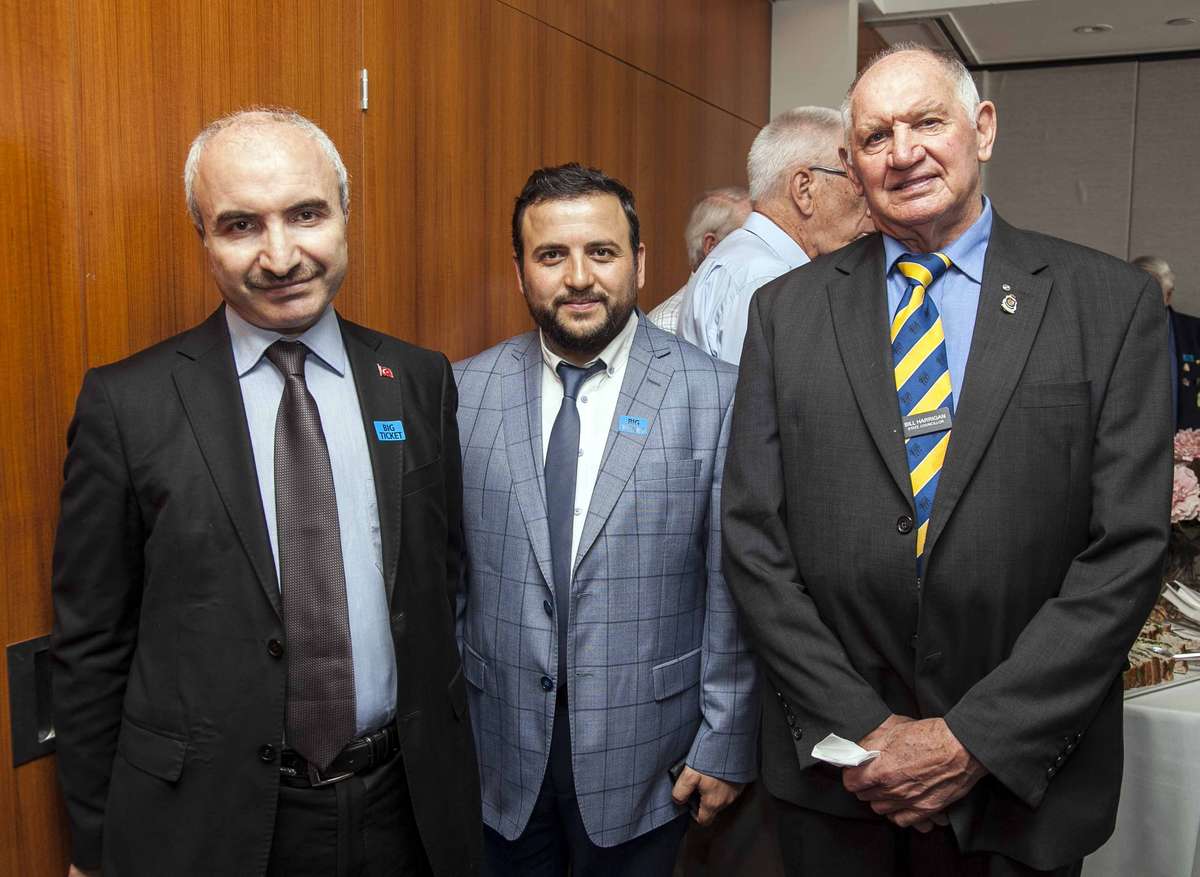 Johnnie and Mehmet will do much to enliven the amplified footprint of the Australian National Maritime Museum with its very engaging form and approach to communicating stories of encounters from Australia’s rich maritime history and heritage today, in a very personal, albeit machine-like exchange.