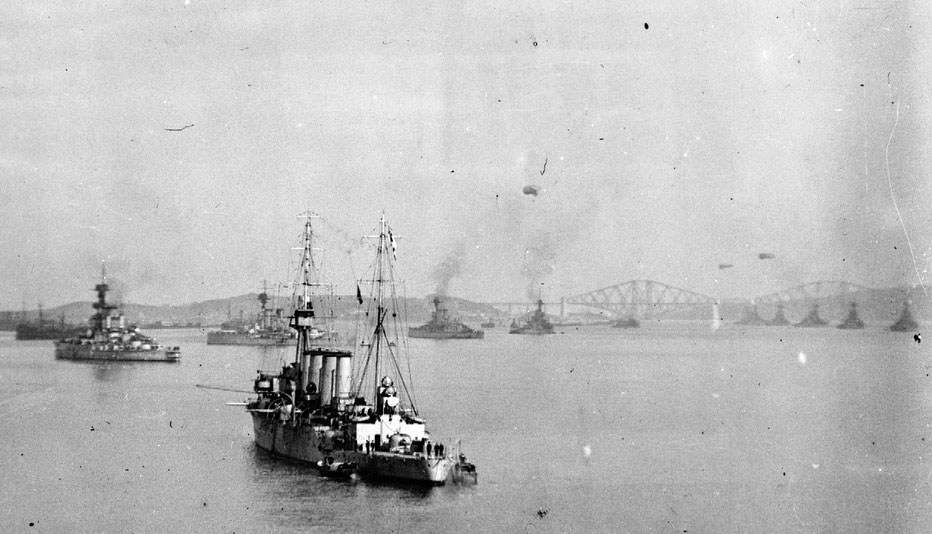 HMAS Sydney in the Firth of Forth when she was operating in the North Sea as part of the part of the British Grand Fleet. Image: author’s collection.

HMAS Sydney’s victory over SMS Emden in November 1914 marked an important milestone in the war at sea. But in no way was this the end of Australia’s naval war, and it certainly did not herald Sydney’s departure from our naval history. Indeed, the cruiser remained extremely busy throughout the Great War, roaming all over the world and achieving a number of naval firsts.

Within two months of Emden’s defeat, Sydney was in the West Indies, where for eighteen months she hunted enemy raiders, protected Allied troopships and guarded against the escape of some hundred German merchant vessels that had sought refuge in neutral ports. Her patrols stretched as far north as Halifax, and the fact that an Australian warship was needed to protect their coast did not escape thoughtful comment in the Canadian press. 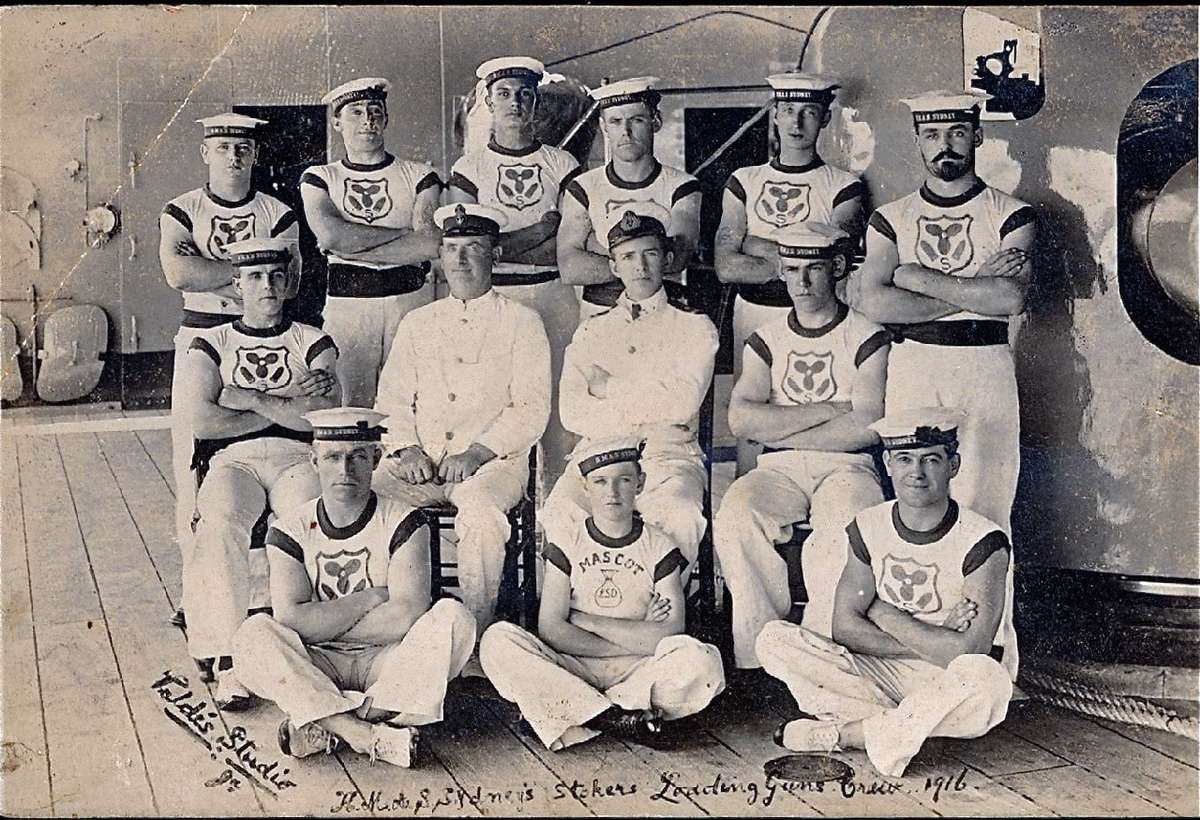 The Battle of Jutland in May 1916 brought about changes in the global naval situation, and the British need for fast, modern cruisers caused Sydney to be moved to the North Sea. Here she encountered not only the constant threat from torpedoes, mines and bombs, but also the dangers of wild, winter weather. During one such storm, in December 1916, the cruiser lost one man ‘smashed to pieces’, another seven badly injured and most of her upperdeck fittings lost, twisted or bent. 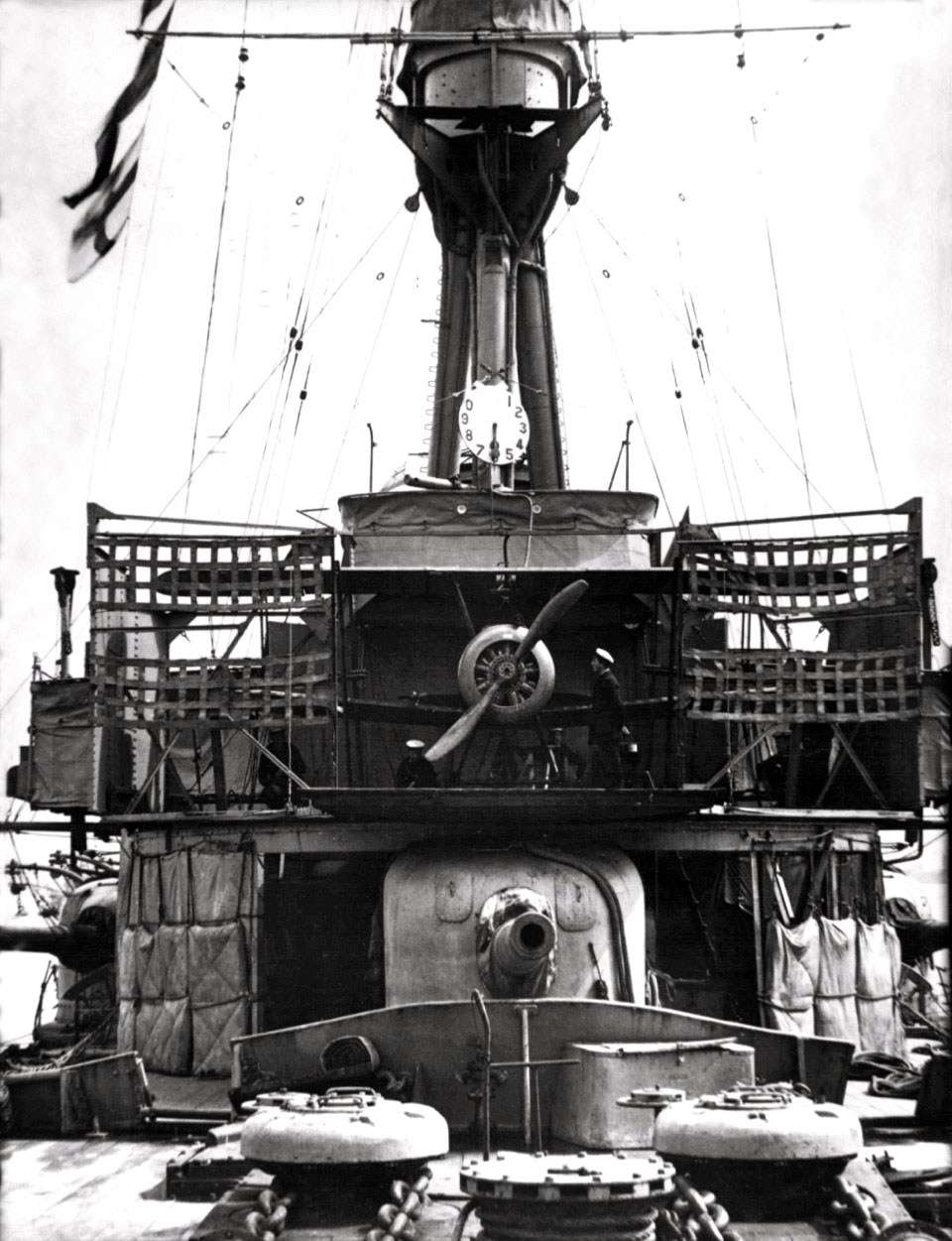 During the last year of the Great War, HMAS Sydney operated a Sopwith Camel fighter from a flying off deck mounted above her forward gun. Image: author’s collection.

Constantly updated with the latest sensor and weapon technology, Sydney thereafter exchanged fire with a Zeppelin, chased U-boats, escorted vital convoys to and from Scandinavia and protected the forces laying the great North Sea Mine Barrage. In November 1918, the Australia cruiser took part in the final surrender of the German Fleet and, in a nod to her earlier achievements, afterwards took charge of the new Emden. 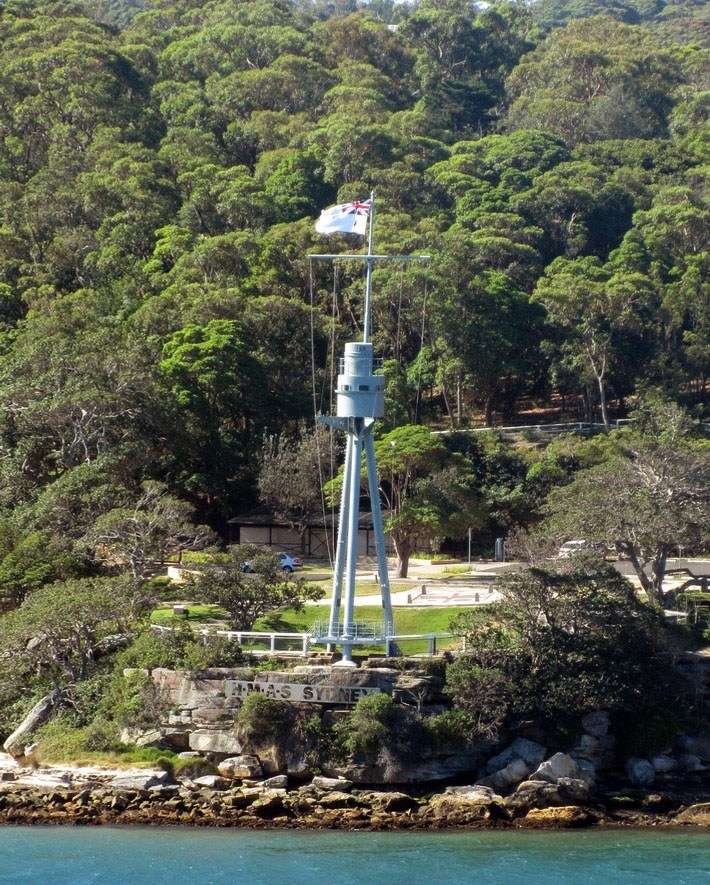 HMAS Sydney’s tripod mast preserved at Bradley’s Head as a memorial to all the ships that have carried the name of our largest city. Image: author’s collection.

Sydney did not return home to her name port until July 1919, almost four years after she had left. The citizens of Sydney could not have been more proud of their ship’s accomplishments. In total, she had fired more ammunition at the enemy than any other Australian warship and won battle honours that had established the Royal Australian Navy’s fighting tradition. Today all passing warships pay their respects to Sydney’s mast, still preserved on Bradley’s Head, and the name remains preeminent in the fleet, with the keel laying of the fifth Sydney taking place in November 2015.