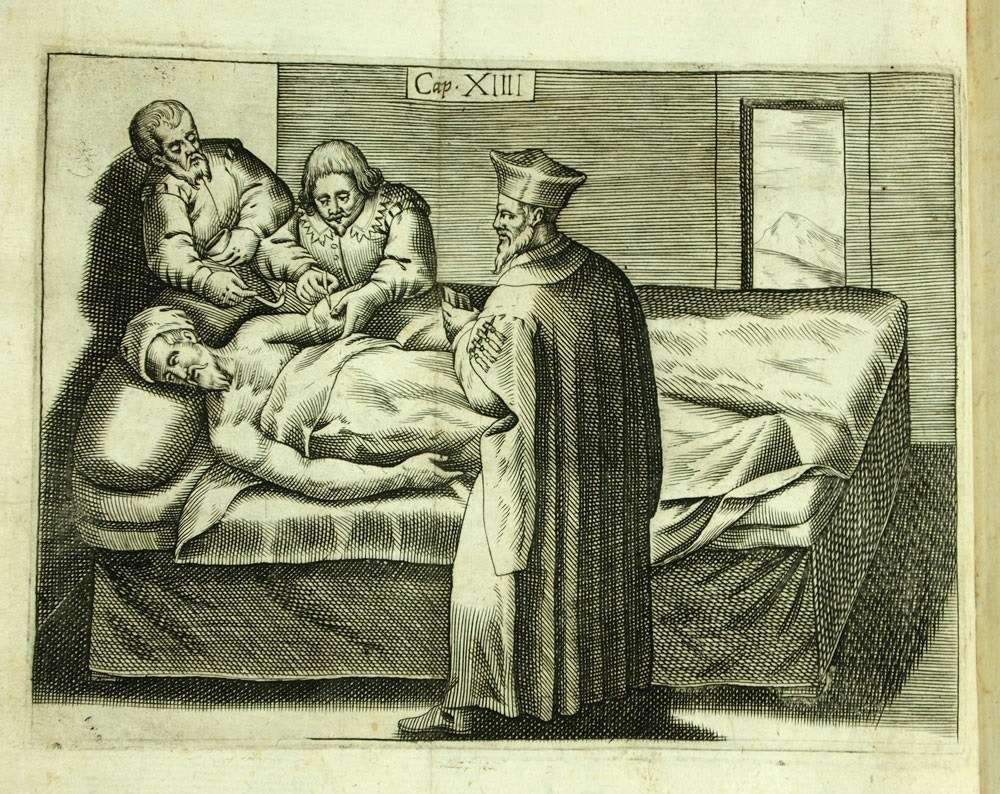 The Ship’s Surgeon was a vital crew member, tasked with looking after the health of all aboard the cramped sailing ships.

Being sea sick was a dire matter in the golden age of sail. Rough Medicine: Life and Death in the Age of Sail explores the world of the ship’s surgeon and his grizzly tools of the trade. From a queasy stomach to amputated limbs and spoiled food, life aboard a 17th century sailing ship was far from pleasant.

Rough Medicine opens today at the Australian National Maritime Museum and explores the history of how disease and illness shaped sea voyages. During the 17th to late 19th century, sailing ships were exploring the world, colonising in the name of the British Empire… and encountering conditions which were less than pleasant. Both the crew and the passengers were exposed a variety of unsavory conditions which made living aboard a sailing ship dangerous. 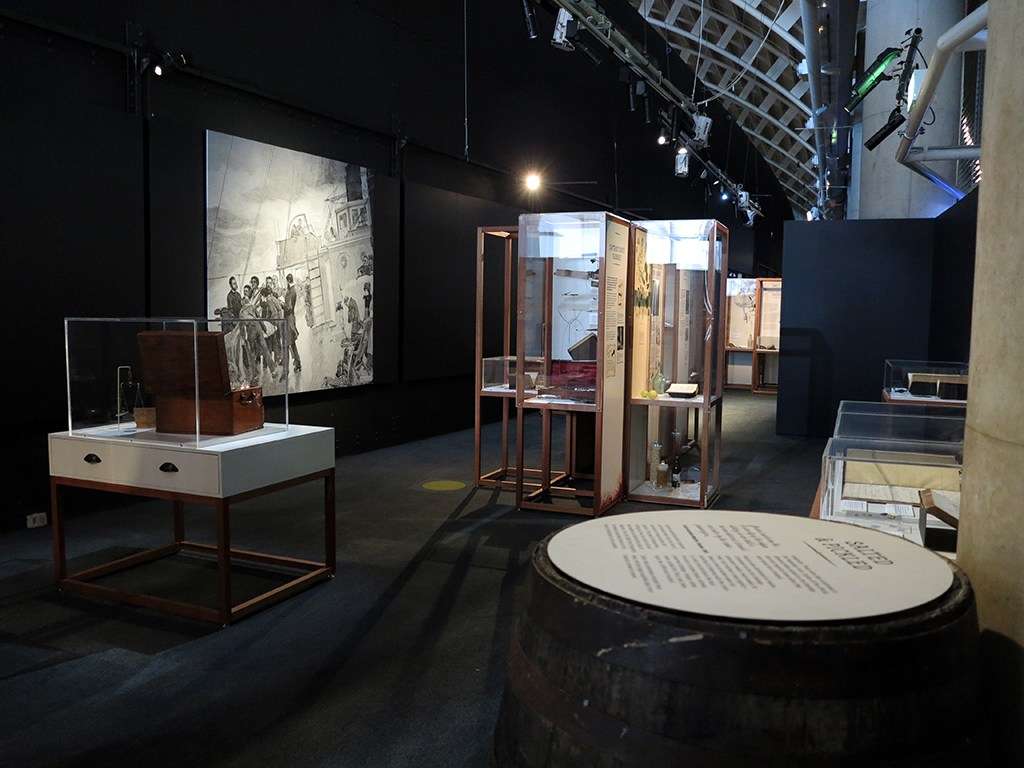 Our gruesome gallery of Rough Medicine.

Diseases on board the ships came in many forms: small pox, yellow fever, typhus, malaria, pneumonia, typhoid. Venereal disease and broken bones were also common ailments. The ships themselves, with the crowded living conditions and polluted drinking water allowed illness and death to flourish. Exploring the far flung unknown areas of the world exposed the crews and passengers to exotic climates and new diseases. 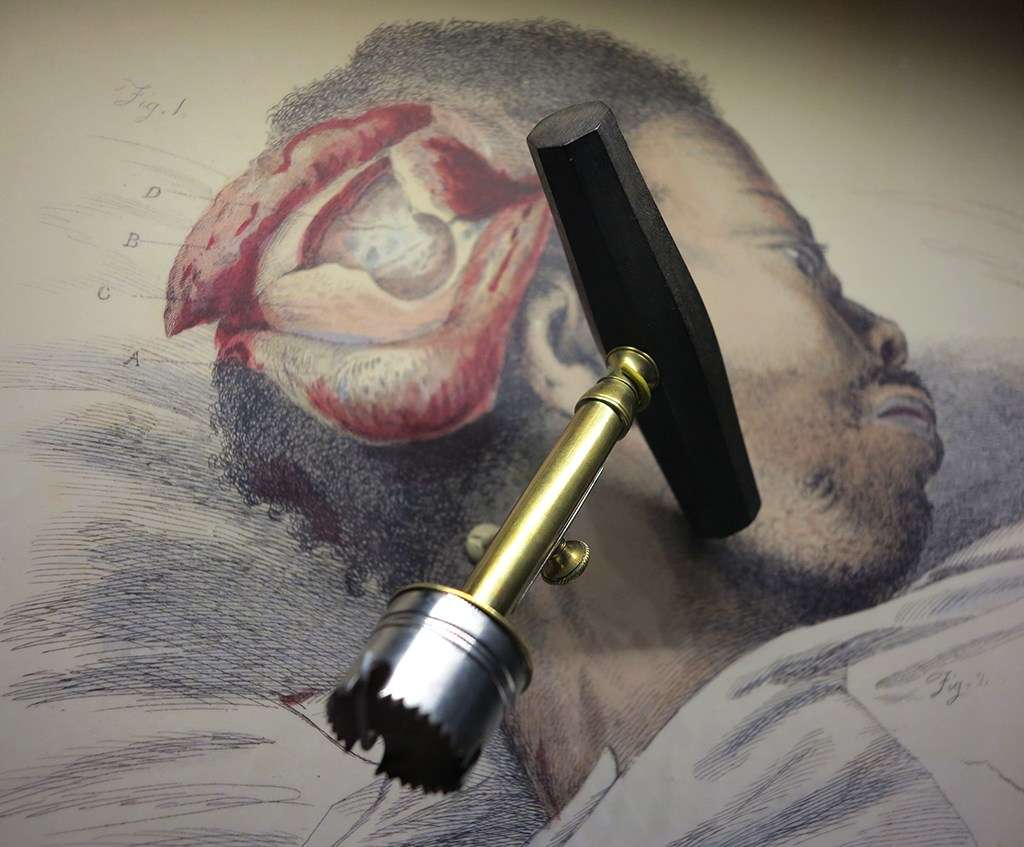 Trephines were used to remove pieces of the skull during surgery. 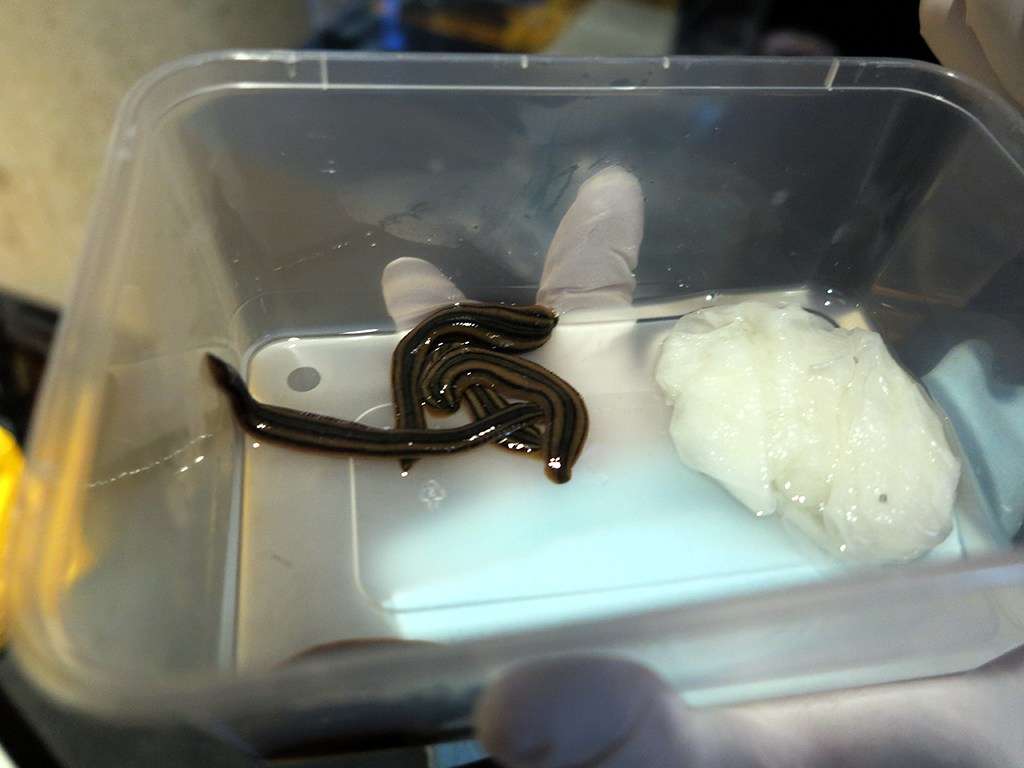 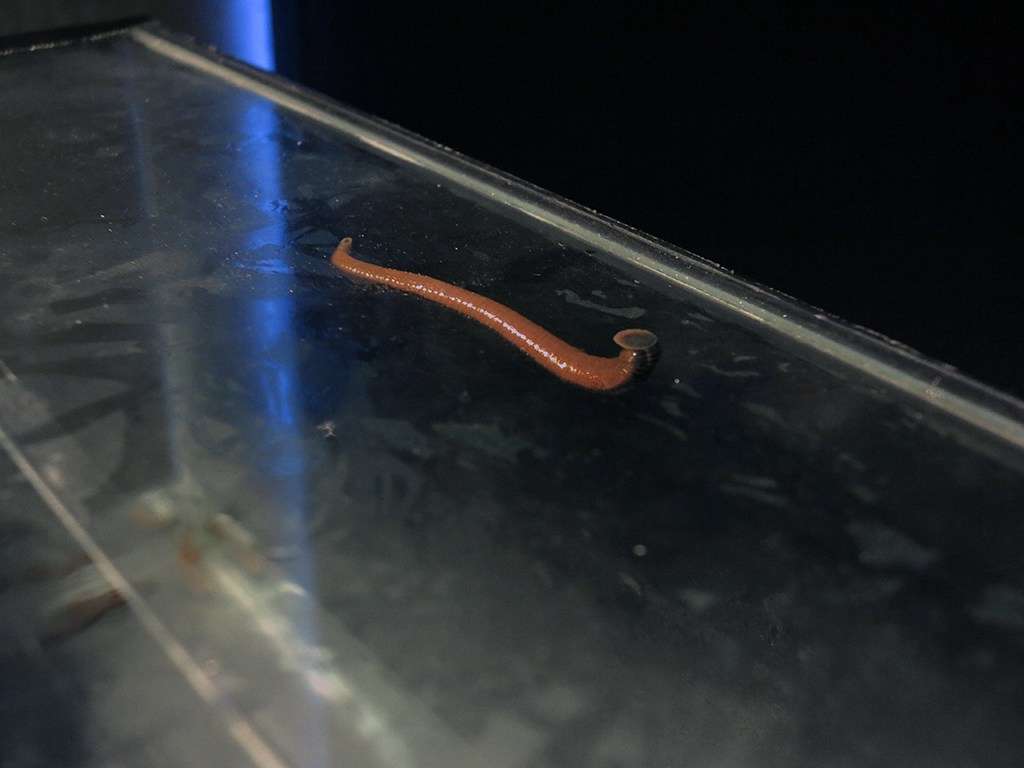 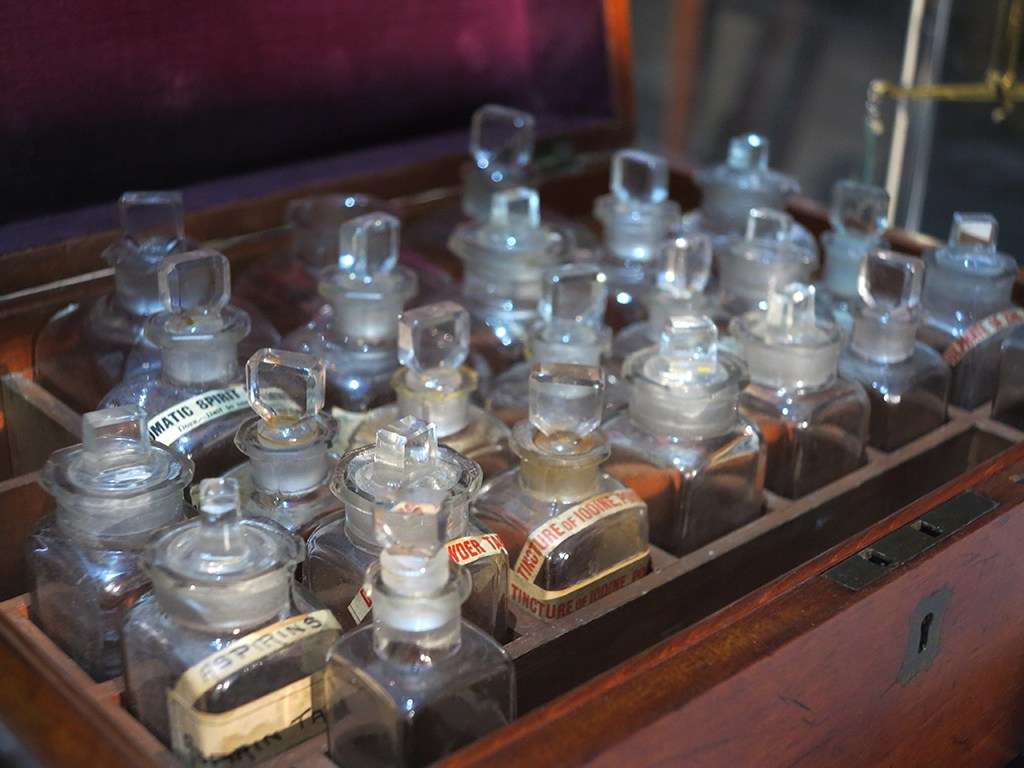 The many powders and potions used by surgeons. 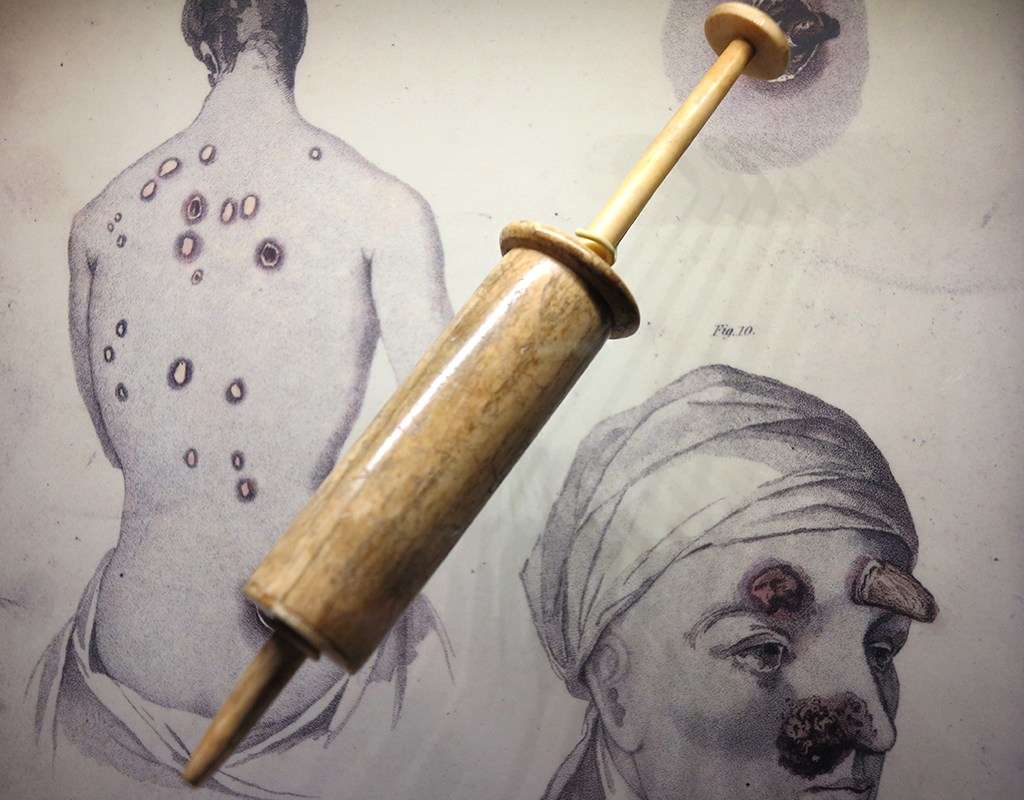 A bone syringe, used for mercury based treatments. 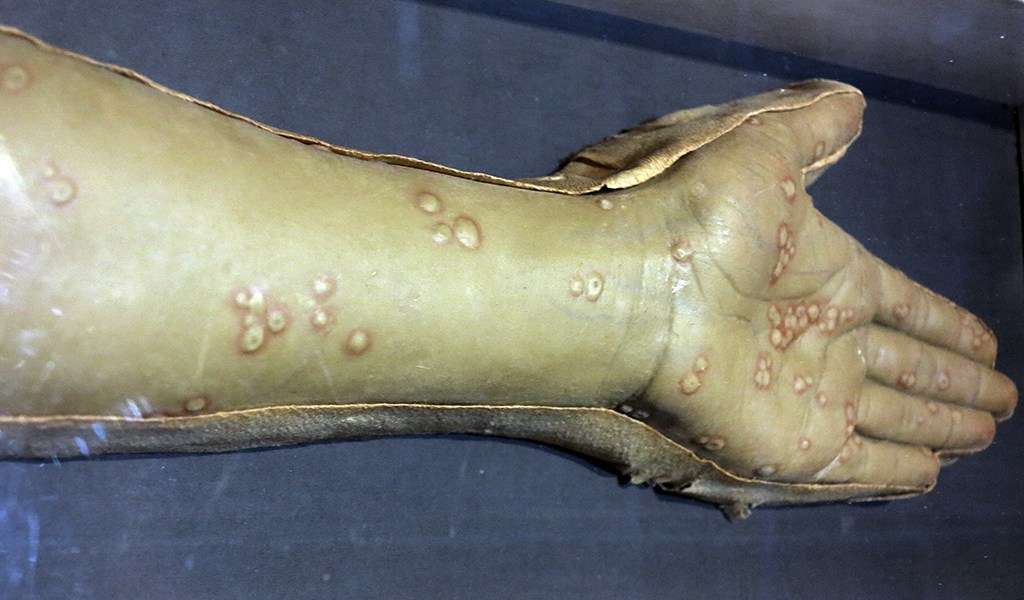 A monulage, or wax cast, of a smallpox infected arm.

Come and see how the ship’s surgeon treated his patients with the advanced medicine of the age: Leeches for bloodletting, saws to amputate limbs (with only 1 in 3 patients often surviving the procedure), bone syringes for mercury injections and trephines (a corkscrew like instrument used to lift compressed skull fractures). Tinctures, poisonous powders and razors were also essential tools for the qualified ship surgeon.

Migration to Australia was so treacherous that in 1852, 100 passengers died from typhus aboard the Ticonderoga en-route to Melbourne. A further 60 would die in quarantine once on land. This lead to the key developments in preventative medicine including the mandatory appointment of a ship surgeon to each migrant vessel to oversee the conditions on board such as regular bathing and washing of clothes. The diaries, journals and letters of the passengers from these ships offer a window into the daily life of the sail ship, colouring the surgeon reports of the voyages.

Life and death were never far apart during the age of sail. Rich in detail, Rough Medicine: Life and Death in the Age of Sail provides an intimate window into the life aboard the sailing ship, for both crew and passengers. Researched and designed by the South Australian Maritime Museum, this travelling exhibition charts the history of the first voyages of British exploration, convict ships and early migrant vessels to the Australian colonies.

View all posts by Kate Pentecost→
Posted in: Exhibitions
↑